How can one be special and create a modern and attractive event based on tradition? The answer to this question was best answered by the people gathered around the KUDES citizens’ association. Building on the authentic ambience of the city and devoting the festival to a great Serbian comedy writer who used to send his literary heroes to Ivanjica as punishment, is a bold, creative and successful scenario that brought Nušićijada back among the top tourist events in Serbia and Europe. years.

Ivanjica lives with the festival in the full sense of the word. Nušićijada is not an isolated event that takes place within the circle of organisers and guests. Rather, all of the city’s taverns and coffee shops are decorated with flags depicting Branislav Nušić and all of them play the old urban music and some selected folk songs. Music is just one of the ingredients of an atmosphere that creates good vibrations and the ambience of an old Serbian town. Walking the streets of Ivanjica are the girls, women, young and middle-aged men, girls and boys dressed in costumes of the old civic Serbia. Lace and straw hats walk down the promenade, as do bowler hats and top hats, a boy with a baseball cap and a “shotgun”, girls in petticoats and silk ribbons… In the evening, when the programme commences on the square’s “Round corner” stage, the street is so crowded that you cannot pass by. People break through, touch and pass in a colourful mix of time present and time past, reviving the old provincial ambience. The programme on stage is conducted by an actor in the role of Branislav Nušić – sporting a moustache, dressed in a black tuxedo and wearing a top hat and a rod, he is reminiscent of the famous Serbian playwright.

The real Branislav Nušić never visited Ivanjica, which is one of the paradoxes of this town. The fact that he never set foot in Ivanjica did not prevent Nušić from sending his characters there, usually for punishment. As Živka, the main heroine of one of his best-known comedies, The Minister’s Wife, warns her son-in-law Čeda: “…I’ll show you who the Minister’s wife is. You are doomed; you are bound for Ivanjica!” This is an iconic sentence of Nušićijada, which is displayed on almost every festival souvenir. This play of words shows the spirit and ingenuity of the creators of Nušćijada – from the original meaning, in which Ivanjica was synonymous with a nowhere town and the end of a cleric’s career, the slogan “to be bound for Ivanjica” turned into a call that means it is an honour to come and an honour to be seen there. 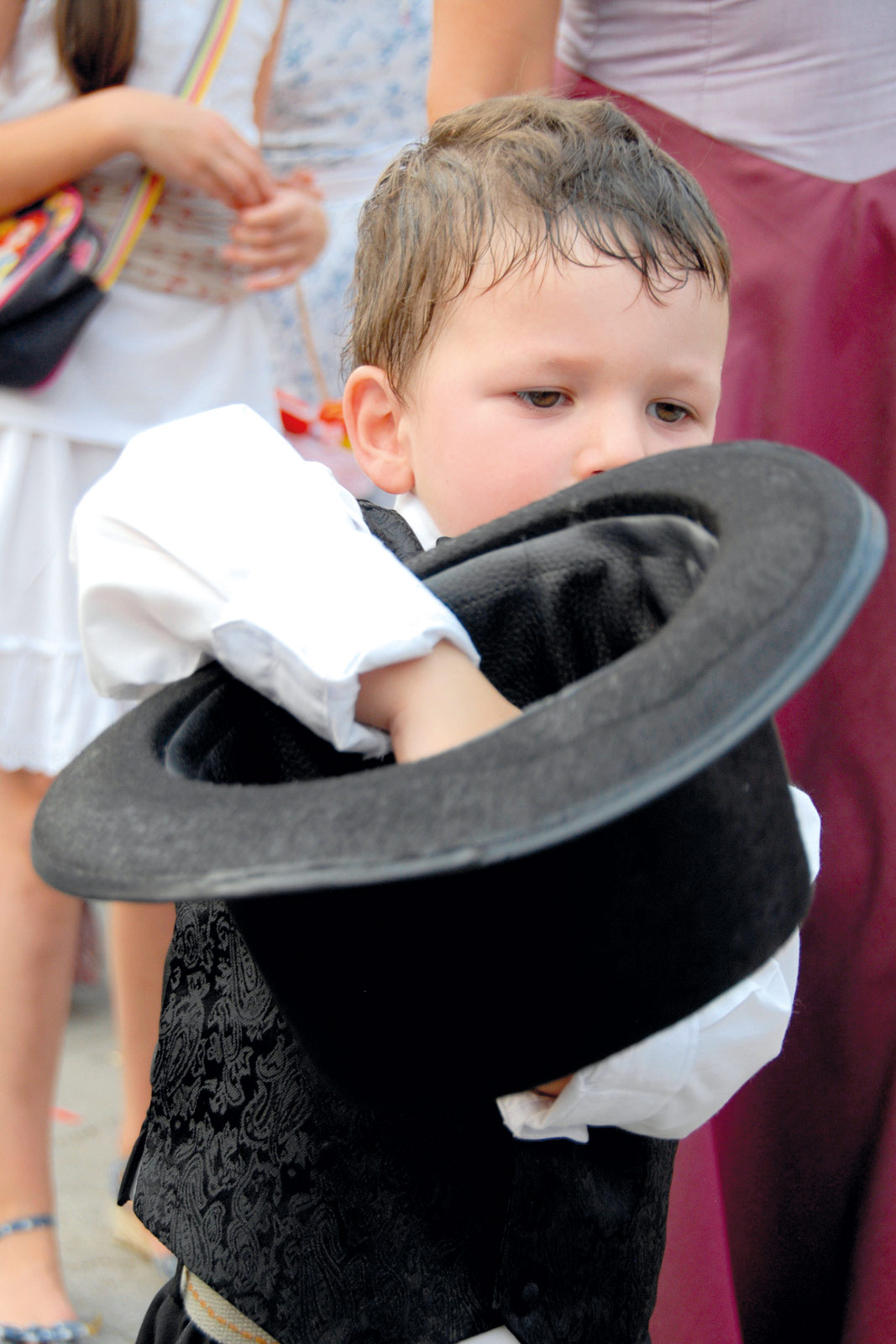 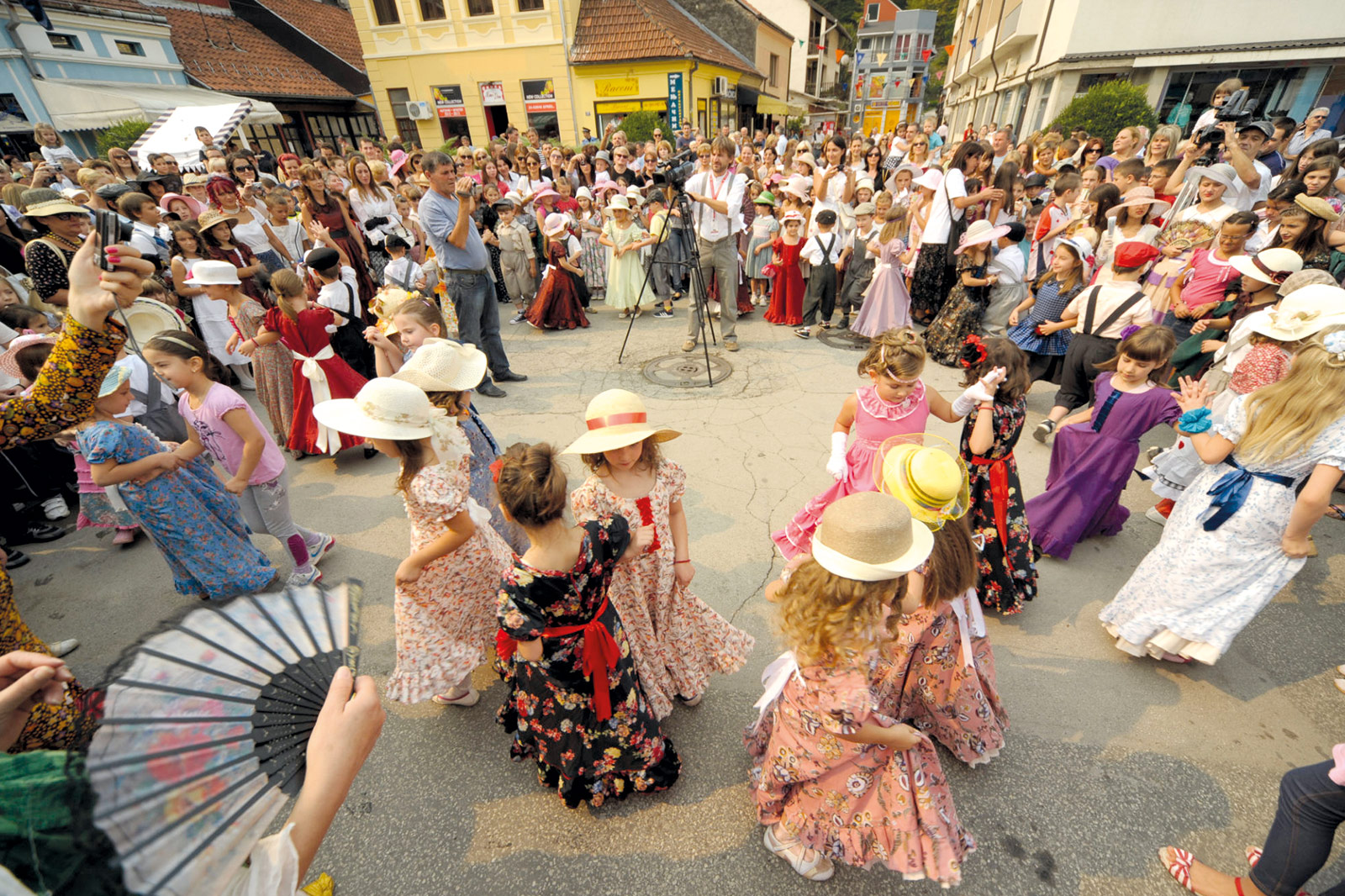 Among the best European festivals

Nušićijada is an infotainment festival, a festival of humor and merriment, which blends into one the theater, the film, music, street events, etc. During the three festival days, Ivanjica transforms into an old small town from the late 19th and the early 20th centuries, which is one of the main “magnets” for visitors, who have been coming in ever-increasing numbers year after year. The original concept, founded on the Middle-class spirit, put Nušićijada on the map of European festivals. The festival was twice awarded the prestigious “EFFE – Europe for Festivals, Festivals for Europe” reward.

Brief history of the festival

According to Miloje Ostojić from the Tourist Organisation of Ivanjica, Nušićijada was created from a tourist and entertainment event called “September in Ivanjica”. It took place in 1967 and, apart from its “Little Fair” and music programme, it showed a review of domestic films based on Nušić’s comedies. The very next year saw the event renamed “Nušićijada” and it became one of the most popular events in the former Yugoslavia. Suddenly, without any ban and with the silent consent of the then organisers, it was discontinued in 1972. It is believed that the main reason was an ideological “showdown” of the then communists with the values of civic Serbia that Nušićijada shyly promoted. The Festival was resurrected in 2010, and as soon as in 2011, it won the prestigious Tourist Flower Award, which is awarded by the Tourism Organization of Serbia in the category of “special events in promoting tourism”, then the first prize in the “Tourism Puzzle”, presented as part of the “Meetings of the Organizers of Tourist Events”, as well as a series of other awards for the visual identity, promotion films and other awards that came one after another from year to year.