Monograph for Present and Future Connoisseurs

Recently, Mladinska knjiga has published a voluminous, masterly illustrated book called WINE by Jovo Simišić, in which the encyclopedic knowledge of wine, wine production and winegrowing is collected, with a special accent on the Serbian territory and the countries of the region. Under the slogan “a taste of history, the skill of making and the art of drinking,” this book in intended to both wine lovers and those who want to be ones.

“Wine has become an important social topic; it has recently been increasingly spoken about and people have become increasingly more knowledgeable of it. After the longstanding decadence, the progress made in its production in Serbia in the past few decades also brings us the first comprehensive book on Wine,” says the author of the book Jovo Simišić. “The reader of this carefully devised and masterly illustrated book may broaden his knowledge of the history, production and technology and wine grape varieties and wine types, wine etiquette, wineries and festivals, and he may also learn how to combine wine with food. The book is designed to guide the reader through the world of the beverage which “has been delighting the human heart” since the biblical times.

Reader of the past of wine

A special quality of the book reflects in the fact that it is for the first time that the wine past of the space occupied by the Republic of Serbia today, as well as that of the regional states, first those that used to part of the mutual state of Yugoslavia over the larger part of the 20th century, is incorporated into one whole. The literature pertaining to this subject matter is very much deficient and prevailingly relates to individual regions, such as Mount Fruška, the region of Vršac, the Sands of Subotica and Horgos, the Borderland of Negotin, Šumadija, Župa, the region of Smederevo, and so on. There are also a few precious scientific papers dedicated to winegrowing and wine production in mediaeval Serbia. This book has brought all those types of knowledge into a whole and created a mosaic of the wine past of the whole of the Serbian territory from the oldest times to nowadays.

Renaissance on the wings of a new generation

At the very end of the past century and at the beginning of the new century, Serbia was left without its own quality wine. Apart from the mass wines of the already devastated or rather undermined industrial combines from the socialist time of a suspicious quality and of an even more suspicious origin, the wine produced in private cellars was only being poured “under the counter”, illegally, or as “the wine of the house”, if it was legally traded.
For the nth time, Serbia was left without the largest number of vineyards, cellars and, what is the most tragic, without the things that signify the specificity of the wine tradition – without old, autochthonous varieties and the wines made from those varieties. Without a real help and support of science and the state, Serbia experienced a boom of something that had already been considered dead. We are the witnesses of a miraculous awakening and renaissance process, the renewal of old vineyards and wine cellars and, above all, the naissance of a completely new generation of winegrowers and winemakers, who first of all brought with them a new quality so to say overnight. One part of the book is dedicated to those workers and their work – wines, which we may indulge in, which we may be proud of and which we may step into the world again with. 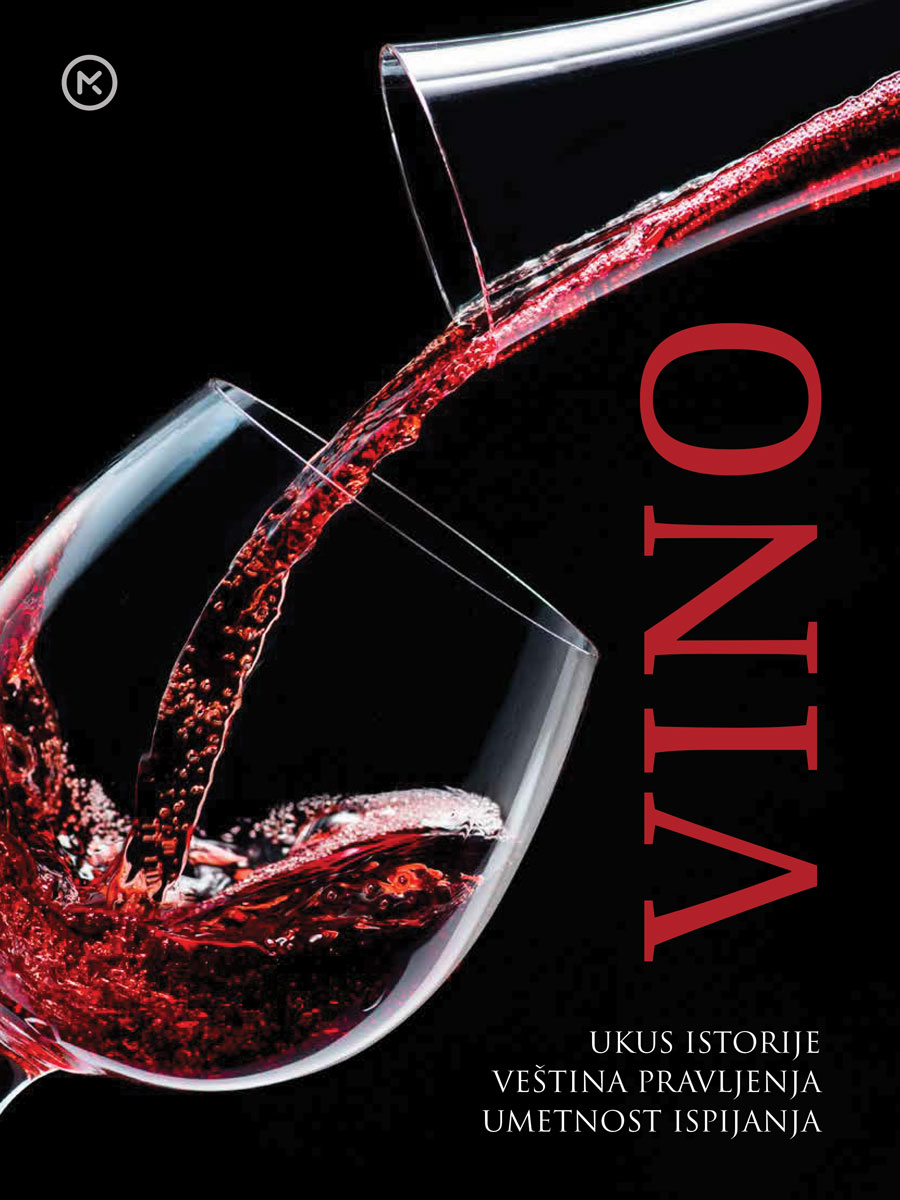 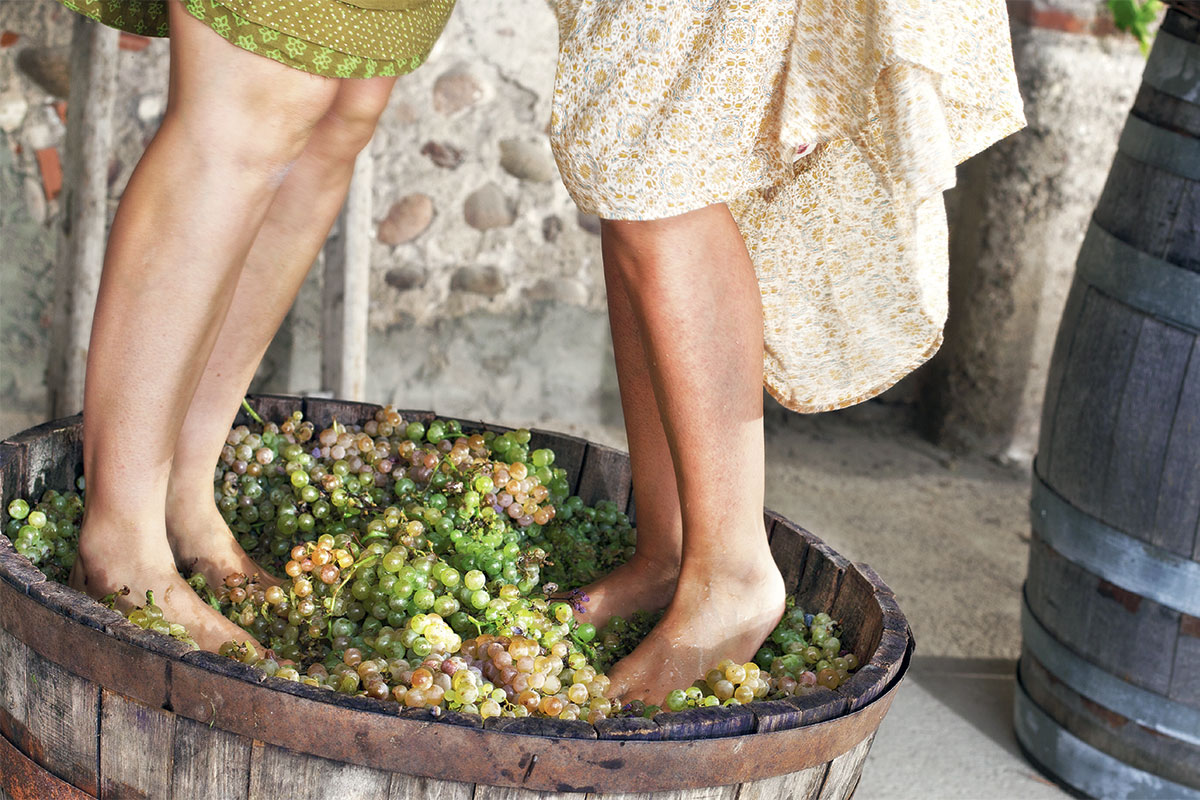 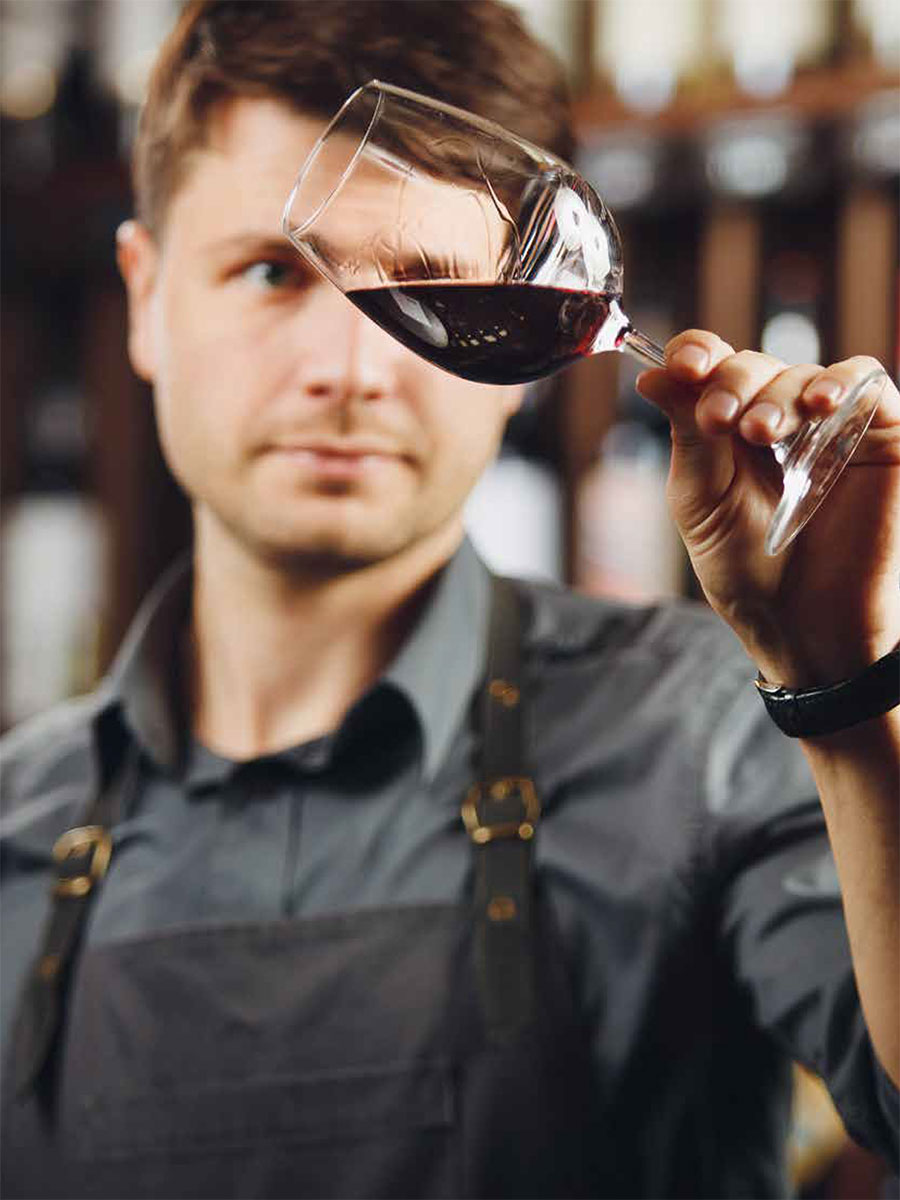 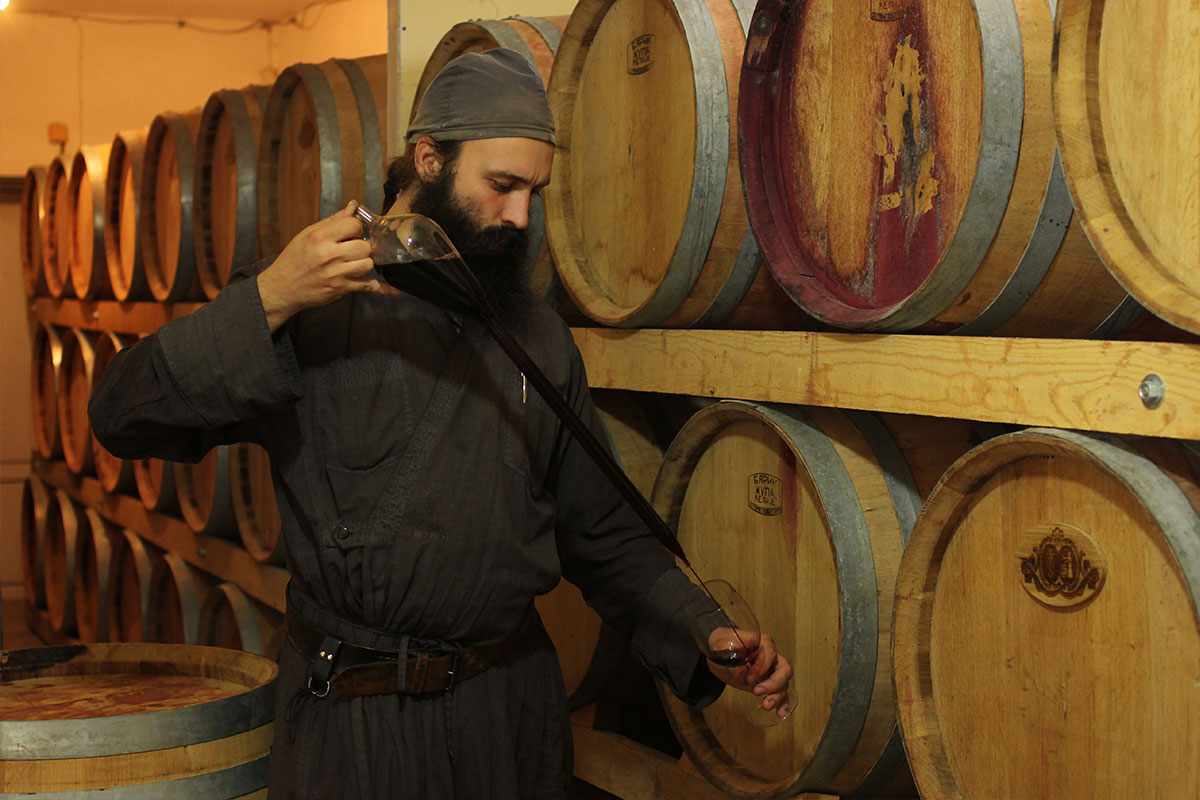 Wishing to present the wine Serbia through a certain number of wine producers, it was not possible to find the objective criteria according to which a hundred major and most significant wineries, or those with the best wine rating, could be selected… For that reason, the author decided to make a mosaic of the wine Serbia of his own choice, first of all through the regions and wine hills; via major and minor producers; wines and wine sorts, sorting them only in alphabetical order.
Ten wineries and their wines are also presented in the book for each of Macedonia, Montenegro and Bosnia and Herzegovina.

A separate chapter of the book is dedicated to the former major winemaking enterprises starting from NAVIP, which included PIK Oplenac in Topola, a plant in Krnjevo, Fruškogorac Cellar in Petrovaradin, Venčački Vineyards in Aranđelovac, Cellars of Jagodina, Winemaking in Vranje – and the Plantations in Leskovac… Around the mid-20th century, Župski Rubin was formed in Kruševac, and Prokupac was formed in Prokuplje. Vino Župa was formed in Aleksandrovac in 1957, and that very same year, the Vineyards of Vršac were formed in Vršac; Džervin in Knjaževac in 1961; Godomin in Smederevo in 1963; Krajina Wine in Negotin in 1964… Agrokosovo was formed in Priština, with cellars throughout Kosovo and Metohija, among which there are Kosovo Wine, Orvin, Progress-Export… There were also large-capacity wine cellars in Erdevik, Bikića dol and Irig, Čoka, Palić and the Pearl Island in Bačka, Gudurica and Bela Crkva in Banat, Topola, Rekovac, Trstenik, Aleksinac, Gornji Matejevac, Sićevo, Vlasotince…

The central part of the book is dedicated only to wine. A new time has also brought new consumers, first of all young generations, who like to know more of wine apart from knowingly choosing, tasting and drinking it. The book abounds in interesting facts, of which only some are highlighted here:
– wine was being produced 8000 years ago
– fossil remains of a grape vine 7000 years old were found in Vinča
– pharaohs also drank wine which had a status of a divine beverage
– some of the most beautiful wine songs were written by Persian poets
– wine has been produced at the Monastery of Hilandar for eight centuries
– Pablo Picasso was paid a fee consisting of 12 bottles of wine from Serbia, Dalmatia and Macedonia for the poster for the film “The Battle on the Neretva River”
– wine is used for painting, and that painting technique is called vinorel
– white wine is also made from black grapes
– wine of the color blue is also made
– Tryphon is the protector of wine and winegrowers.

The language the book is written in is popular and the book is improved with a large number of great photographs, which for the most part have been taken by an eminent Serbian photographer, Dragan Bosnić.