The cown jewels of The Museum of Vojvodina

Home » The cown jewels of The Museum of Vojvodina
Previous Next

The cown jewels of The Museum of Vojvodina

Preparing for the role of the European Capital of Culture, the leading institutions of Novi Sad have been envisaging the programs that will enable them to attract and fill with admiration the audience, revealing their rare treasures, original settings and unique objects. We are taking you to the Museum of Vojvodina, where you are going to discover extraordinary richness – of the world and local.

The Museum of Vojvodina – the largest-size complex museum in Serbia, in which the development of human society in this region within a range of around eight thousand years is presented – situated itself inside the noble edifice of the former Court Palace. The Museum’s permanent setting offers a panoramic picture of the past and the objects exhibited testify to the existence of human communities from the Paleolithic and the Mesolithic to the first human traces near Irig around 70000 years old, via the cultures of Starčevo, Vinča and other Neolithic cultures, the multilayer Gomolava, Feudvar and Kalakač, to the mythical times of Ancient Greece and the magnificently beautiful monuments of Imperial Rome, from the migrations of nations to the rotation of ethnic communities – the Slavic, Hungarian, Serbian and other nations.

The Museum’s most outstanding exhibits are three Roman gold-plated helmets – two found at Berkasovo and one at Jarak, all the three of them dating back in the 4th century. In the whole world, there are only 15 such specimens. The helmets are made of wrought iron, covered with a thin silver gold-plated sheet metal. One of the two Berkasovo helmets is additionally decorated with the imitations of the emerald precious stone, and the onyx and chalcedony semi-precious stones, modelled in glass paste. They attracted great attention as the segments of the exhibitions in Germany and Italy, when they were seen by about 800,000 visitors, and were ensured for nine million euros. 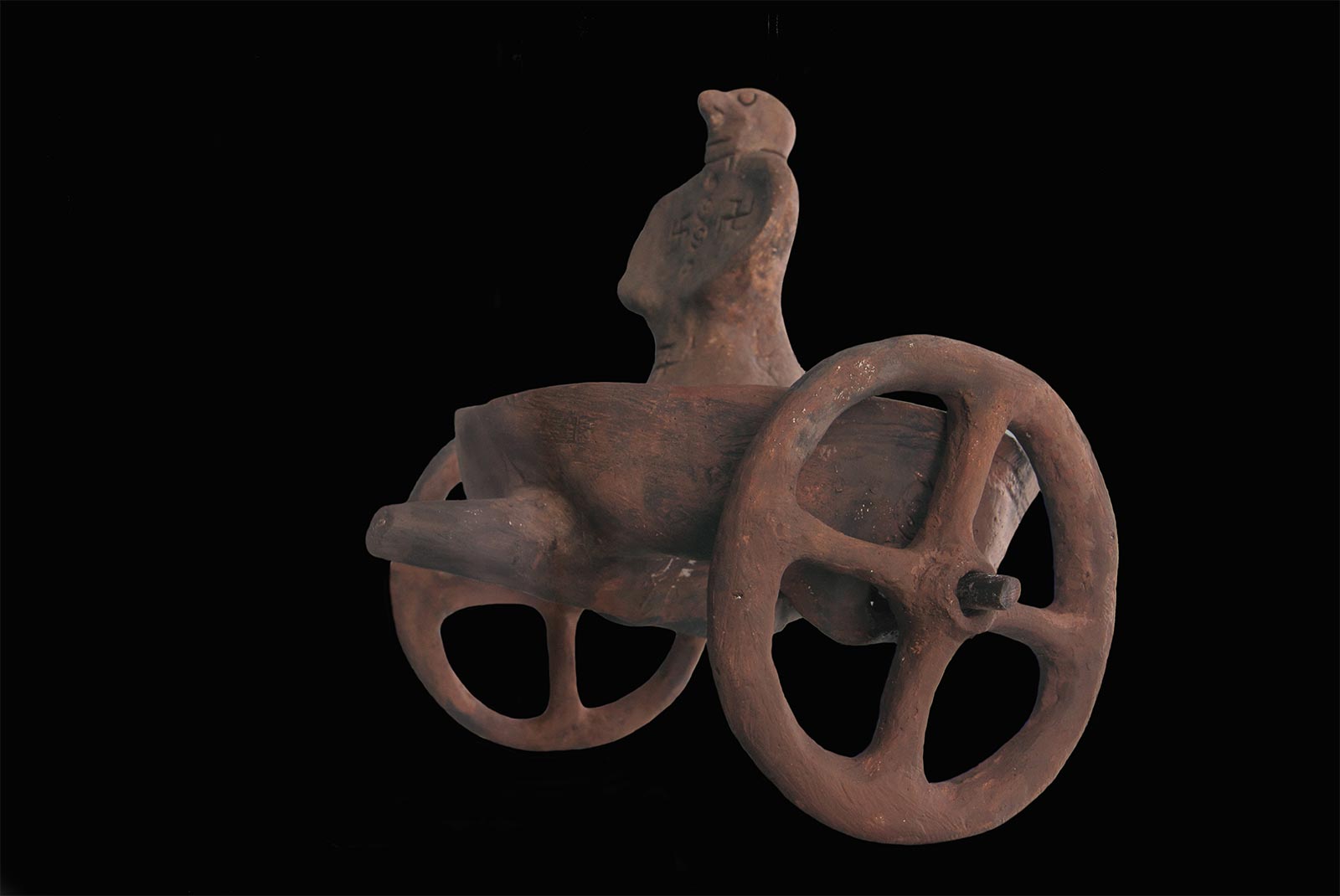 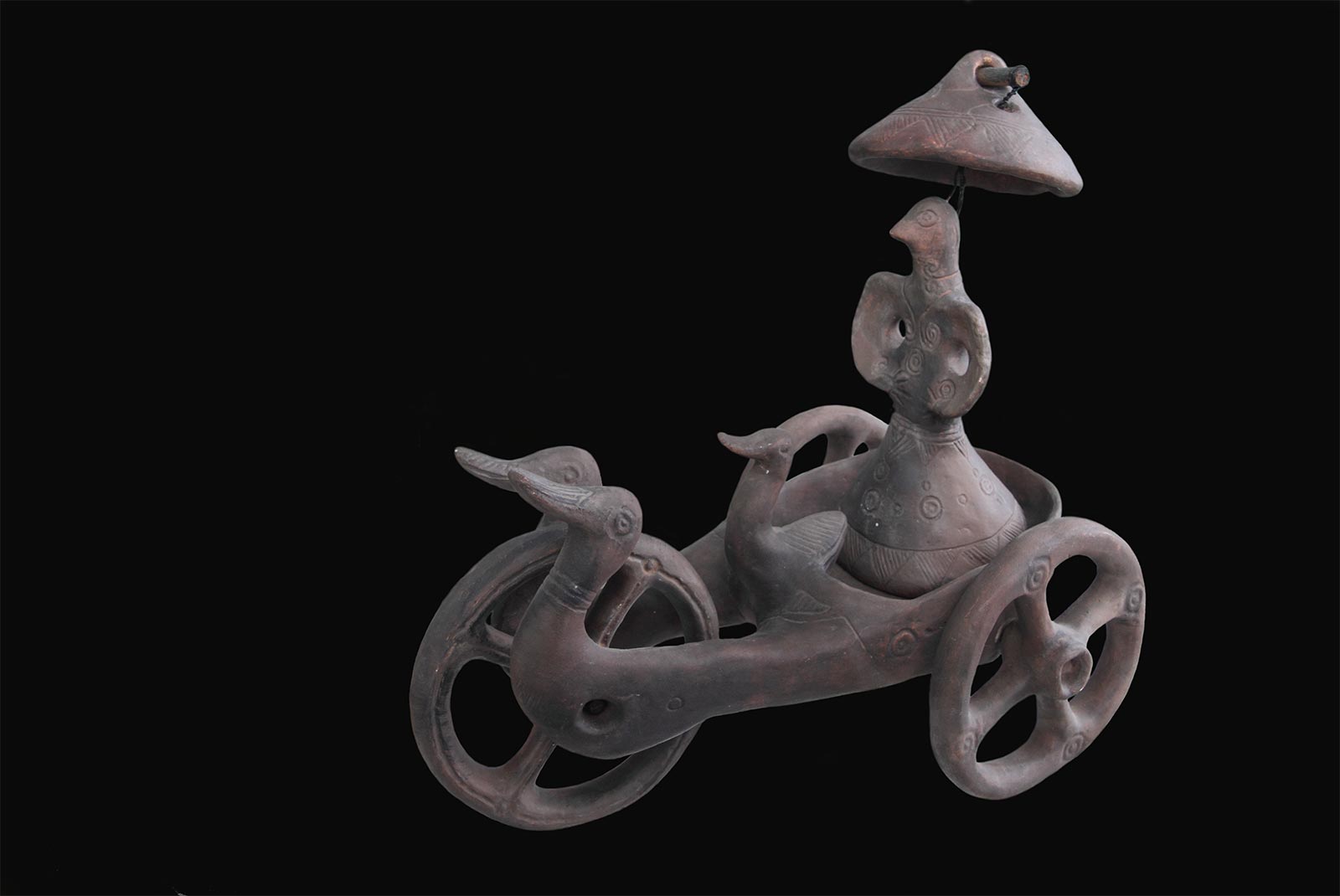 At the permanent setting, which begins with an archaeology setting, you can see numerous exhibits, among which there is an unusual two-headed figurine from the Hrtkovci locality. The presentations of figures with two heads are a rarity in prehistoric art, so the dilemma whether it is a realistic presentation of the Siamese twins or a cult idol still remains. The figurine was discovered in a tomb together with various gifts for life after death. It is also interesting that, at the Museum’s shop, you can find replicas of the most beautiful specimens of the prehistoric figurines of the Danube basin, such as The Red-haired Goddess of Odžaci, The Dupljaja Chariot of Bela Crkva, The Idol of Vršac…

The carriage of the Metropolitan Bishop of Karlovci

In the historic segment of the permanent exhibition, the carriage that belongs to the type of the two-door carriage drawn by four horses is the most eye-catching, not only because of its physical size. The metropolitan bishop’s baroque-style carriage is the only one preserved specimen from the 18th century with us, as well as in the territories of the former Yugoslavia. It is appealing to the eye because of its beauty – its roof and rear side are covered with red leather and the interiority is padded with golden brocade, whereas the coat of arms of the Metropolitanate of Karlovci is put on all the four sides of the vitrified cabin. 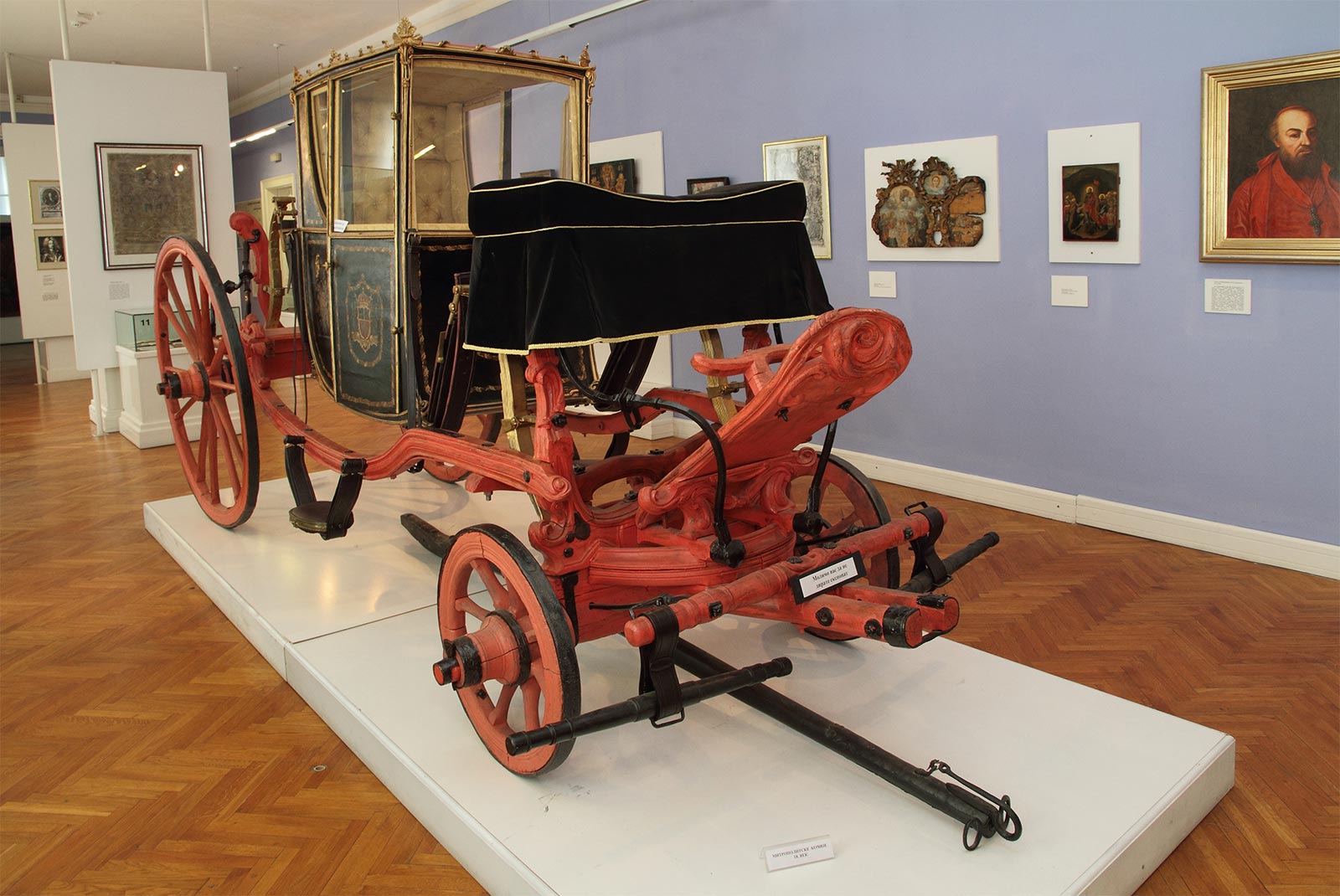 A walk down the merchant cobblestone pathway

The windows of the shops and craft workshops that existed in the period from the mid-19th to the first decades of the 20th century are an especially picturesque segment of the permanent setting. From the city’s “cobblestone pathway”, you can take a peek at the shop windows of the Photography Atelier of Josef Singer from Novi Sad, the toy manufacturing workshop of Kalman Homa from Zrenjanin, the shop of milliner Anka Popov from Novi Sad, a typical tailor’s workshop from Zemun, the carpenter’s workshop of Milan Đonović from Novi Sad, the Pharmacy from Odžaci and a porcelain shop.

Vojvodina is known for a wide variety of its ethnic composition. Because of that, we certainly recommend that you should pay a visit to the Ethnological Setting, which presents the everyday life and traditional costumes of the Serbs, Hungarians, Romanians, Slavonian (Šokci) and Bunjevci ethnic groups, Slovaks, Ruthenians and Germans. Particularly beautiful are women’s caps, kerchiefs and head coverings originating from the custom of veiling and decorating the hair and head of a woman. Until they got married, maidens would go around uncovered; they would only cover their hair after the wedding ceremony, after which they were strictly not allowed to walk around without a kerchief on their head. During the wedding ceremony or after their wedding night, the wreath on the head of the bride would be taken off and the head covering of a married woman would be put on instead. Mainly until she delivered her first child, a married young woman would be wearing head coverings, which most frequently were richly decorated small caps or kerchiefs. The bride’s head coverings decorated with the weavings of gold threads that appear on the traditional costumes of the Serbs, Romanians and Slavonian (Šokci) and Bunjevci ethnic groups are of particular beauty. 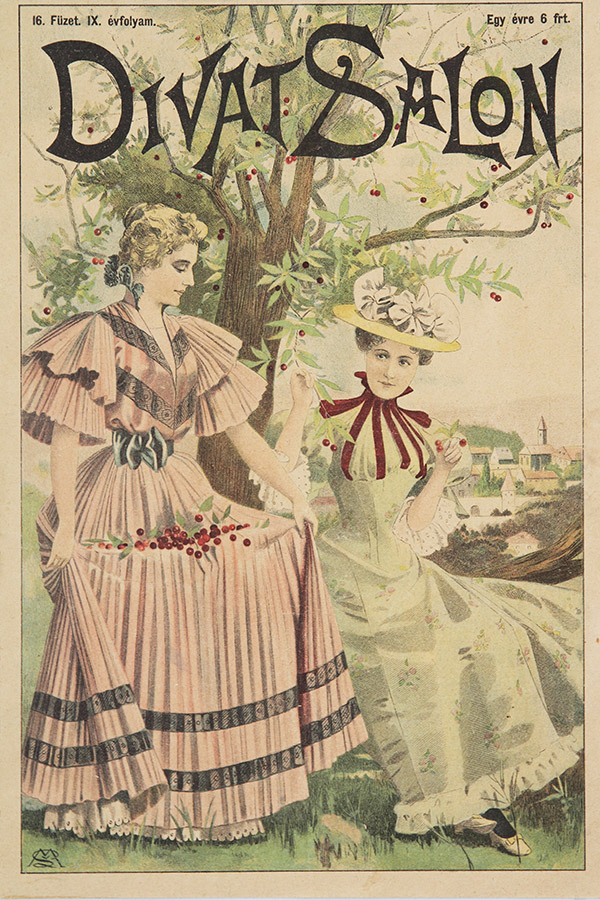 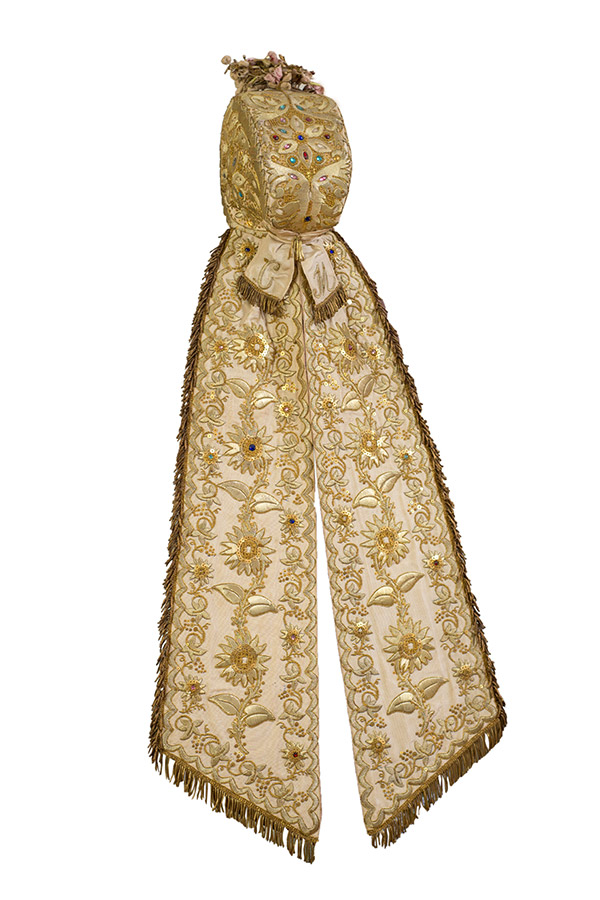 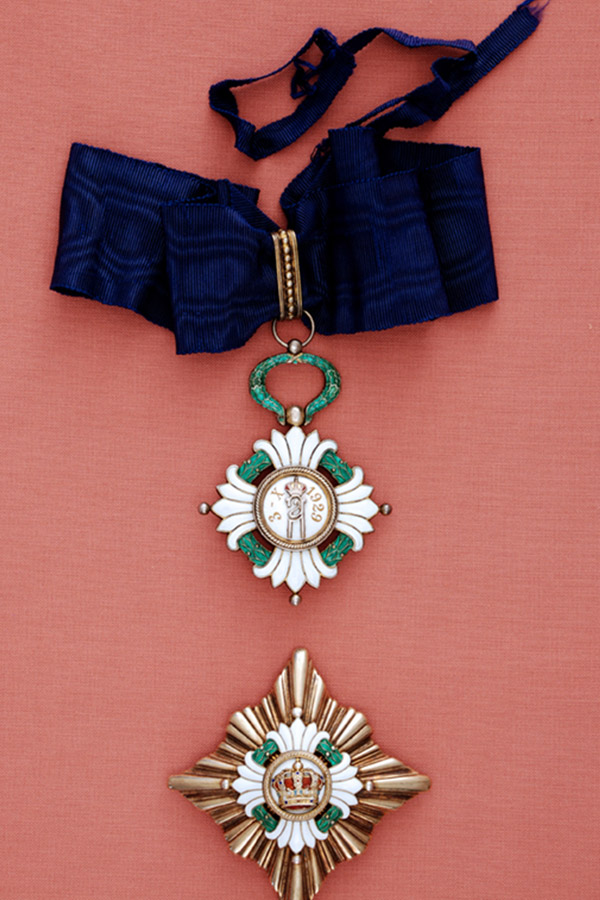