A street in Šid covered with snow; Sombor among the grain fields; Gračanica surrounded by peonies… The first picture that comes up in your thoughts at the very mention of some Serbian towns is the painting canvases on which those towns are immortalized. In this issue, we are taking you on a journey through Serbia, memorized on the works of modern painters. We are telling you a story about six towns, six galleries and six artists.

In an Ustashas’ raid in 1942, Sava Šumanović was arrested, together with the other 120 fellow-townsmen of his and taken to Sremska Mitrovica to be executed by firing squad. Ten years after Sava’s death, the Paintings Gallery “Sava Šumanović” was opened. The Gallery was established on the foundations of a contract of gift, by which Persida Šumanović gave the town of Šid 417 paintings made by her son as a gift. The largest number of those paintings were made during the last decade of the painter’s life.

In search for knowledge and his own self, Sava Šumanović had left his parents’ home as early as at his ten years of age. He had been wandering from Zemun, via Zagreb, until he came to Paris, the town of light. Only in March 1930 did he return to Šid, now as an experienced painter who would make immortal the sunny landscapes of Šid. The paintings he produced in Šid during the last decade of his life are considered as his most mature works. They are the result of the experience gained in Paris and the inspirations that he found in his native Srem. His personal hackney driver visited the surrounding area together with him, recorded his feelings and observations and then painted. Judging by the number of the paintings he dedicated to them, the landscapes of Šid were his favored themes. He has remained recognizable for those landscapes as the painter of light.

In order to better understand this genius from Srem, we recommend that you should visit his Memorial House, too, in the immediate vicinity of the Gallery. At the time of nationalization after World War II, Persida Šumanović succeeded in keeping the house in her own possession and in completely preserving her son’s atelier. In that house, the artist had spent his childhood and the last years of his life, and had painted more than 600 paintings; it is from this house that he was taken never to return again. 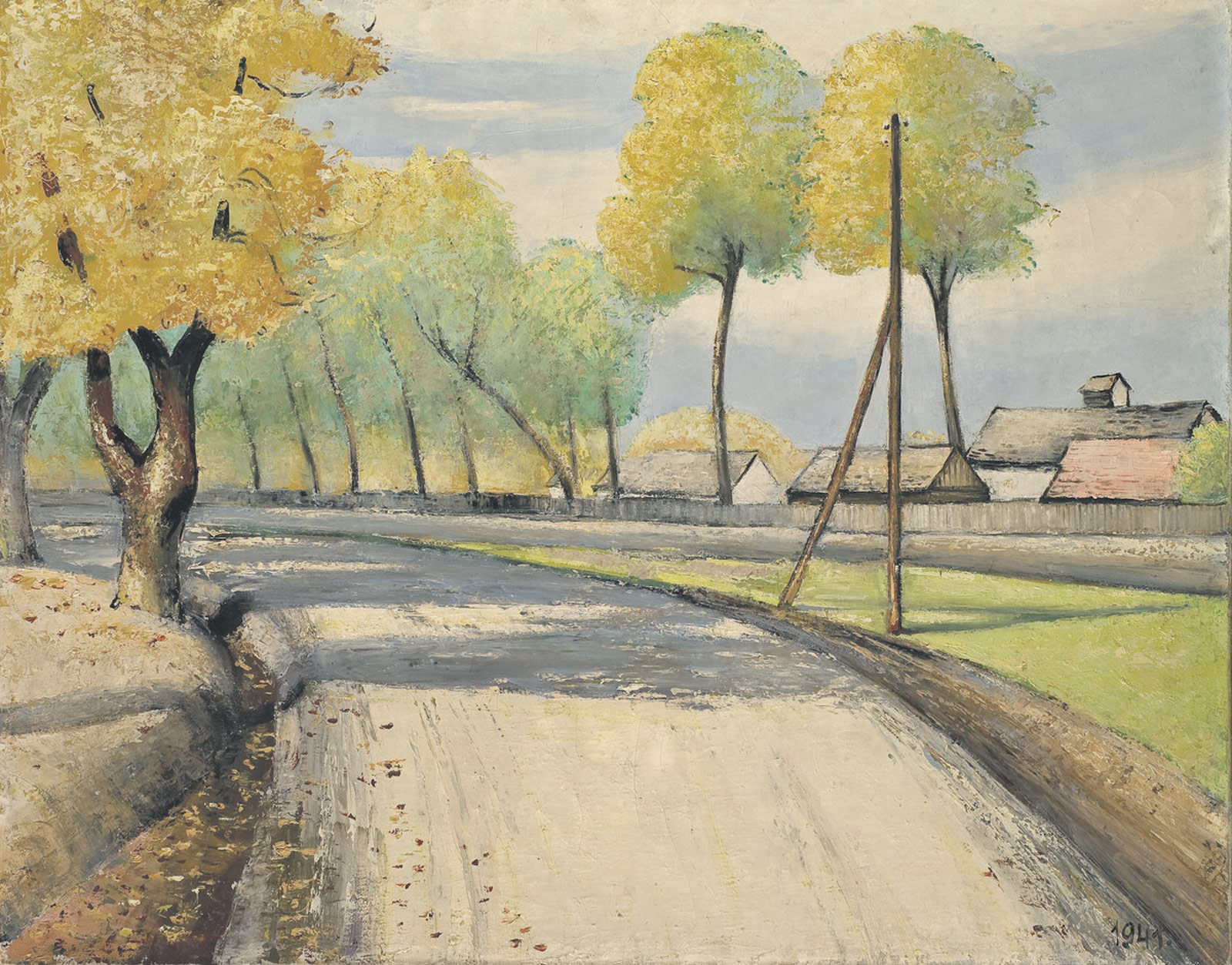 Similarly to Šumanović, Konjović also loved landscapes. He painted Vojvodina, its landscapes and people. He grew up surrounded by the breadth and the enormously wide open space. His love for the lowland is visible in each one of his works: “Painting is a miracle. And it’s always a riddle. If it weren’t so, I would’ve stopped painting a long time ago. It’s indefinite and uncatchable, just like the lowland. You think – there is an end to it somewhere out there, and the horizon keeps moving on…”

Although he had been travelling a lot: Prague, Vienna, Munich, Berlin, Dresden, Paris, he would always return to Sombor. His love for his homeland is also visible in his legacy, reading as follows: “These paintings, the sweethearts of mine, I am giving with love as a gift to my hometown, which they only do belong to.” Addressing these words in 1966, Milan Konjović gave Sombor as a gift 500 selected paintings. Thanks to his family and those who subsequently ceded works, the legacy is twice as rich today. The collection of about a thousand works represents an overview of the whole of Konjović’s creative work. Apart from the paintings from his all developmental stages – the blue, the red, the grey, the Byzantine…tapestries, graphics, costume outlines, theatrical scenography, stained-glass windows, mosaics etc. can also be seen at the Gallery. Konjović frequently changed the coloration, he would be feeling the pulse of new tendencies, experimented in different forms of artistic expression, but his agitated brush-stroke, full of passion and emotions, unmistakably shows the evidence of him. 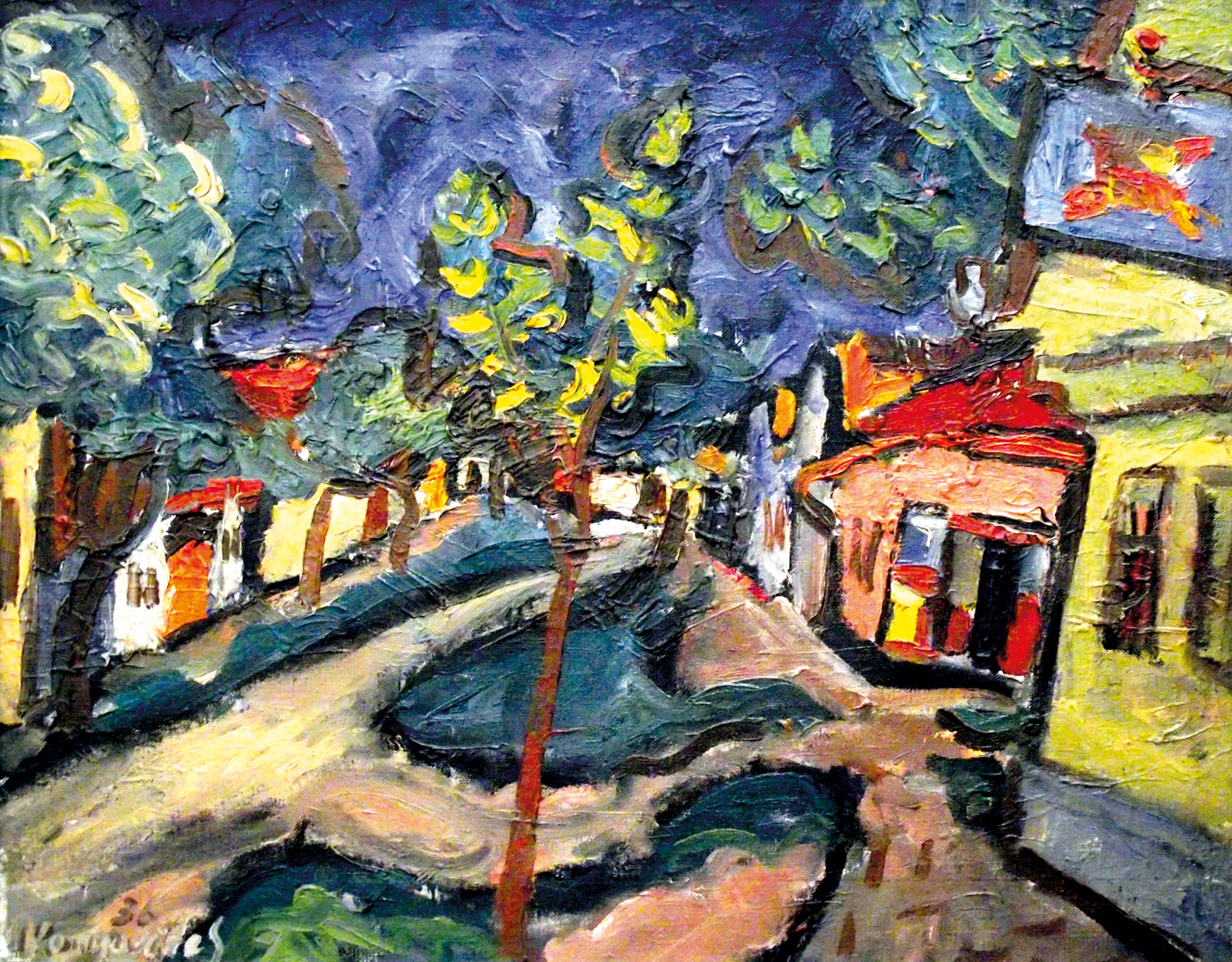 The Gallery “Milena Pavlović Barili” is probably the main stop of every chance traveler on a journey through Požarevac. Milena’s mother Danica rearranged her native house into a memorial gallery in 1962. At the Gallery, the visitors can see Milena’s capital pieces of work – the paintings made in different techniques (oil on the canvas, watercolors, temperas, pastels); they can also see the memorial room with the authentic pieces of furniture, private photographs of her family, the woman painter’s personal formal elegant clothes, dresses and laced velour. Here, there is also a bronze casting of the woman painter’s hands.

In Milena Pavlović Barili’s painting, her poetical surrealism and magical realism are interwoven. Her paintings are filled with visions, fantasies, allegories. The ambience in her paintings is something in-between a dream and reality, and the main actors are melancholic and graceful female characters, winged young men on stilts, Venuses without the arms, harlequins, birds… She found her inspiration in the Roman heritage of our regions and in folk legends.

Milena was one of the most interesting personalities of artistic Europe between the two wars. She lived in Rome, Paris and London, and she exhibited with the European artistic elite, such as Jean Cocteau and André Breton. While she was living in New York, she also engaged herself in couture illustration for the Vogue and other couture journals. 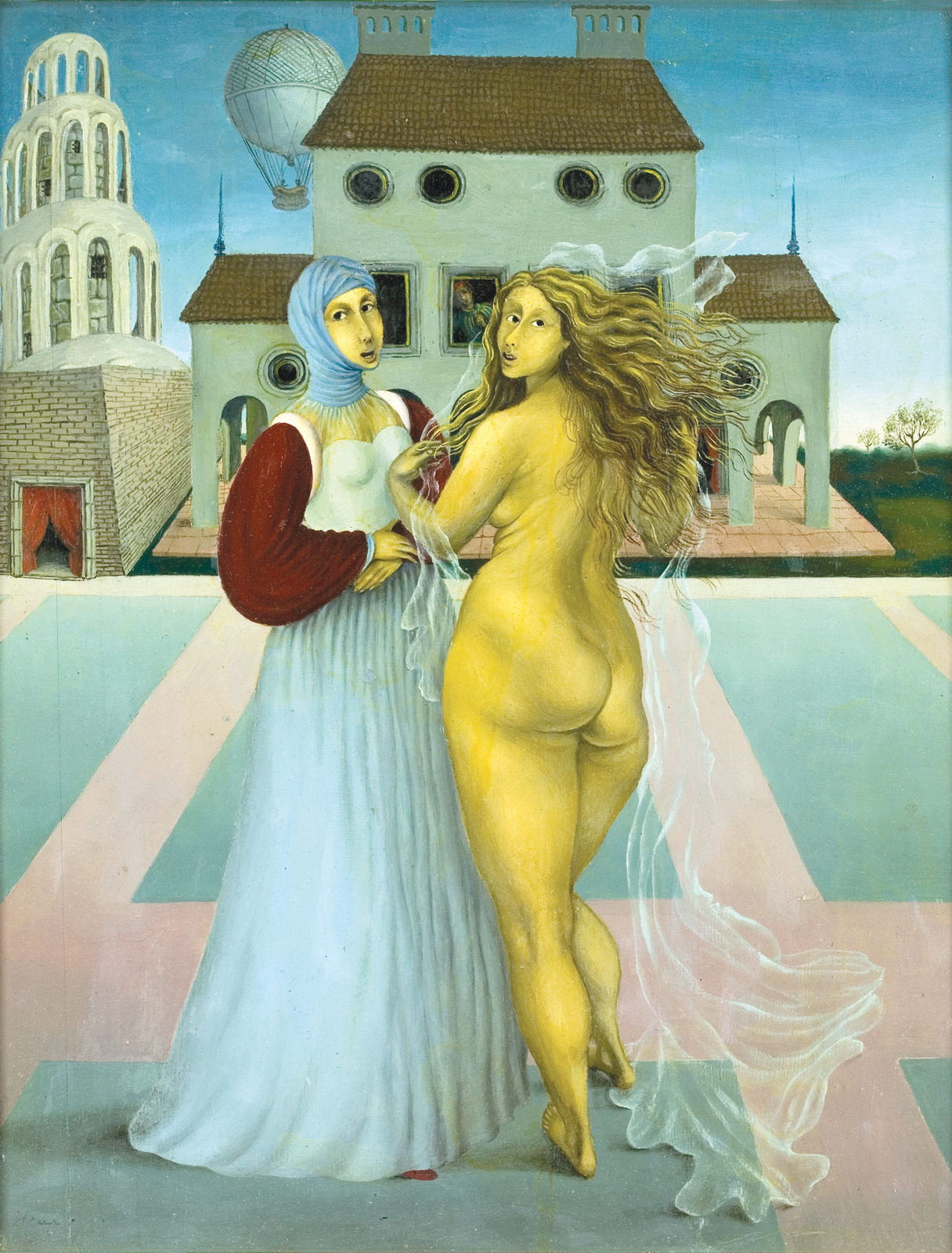 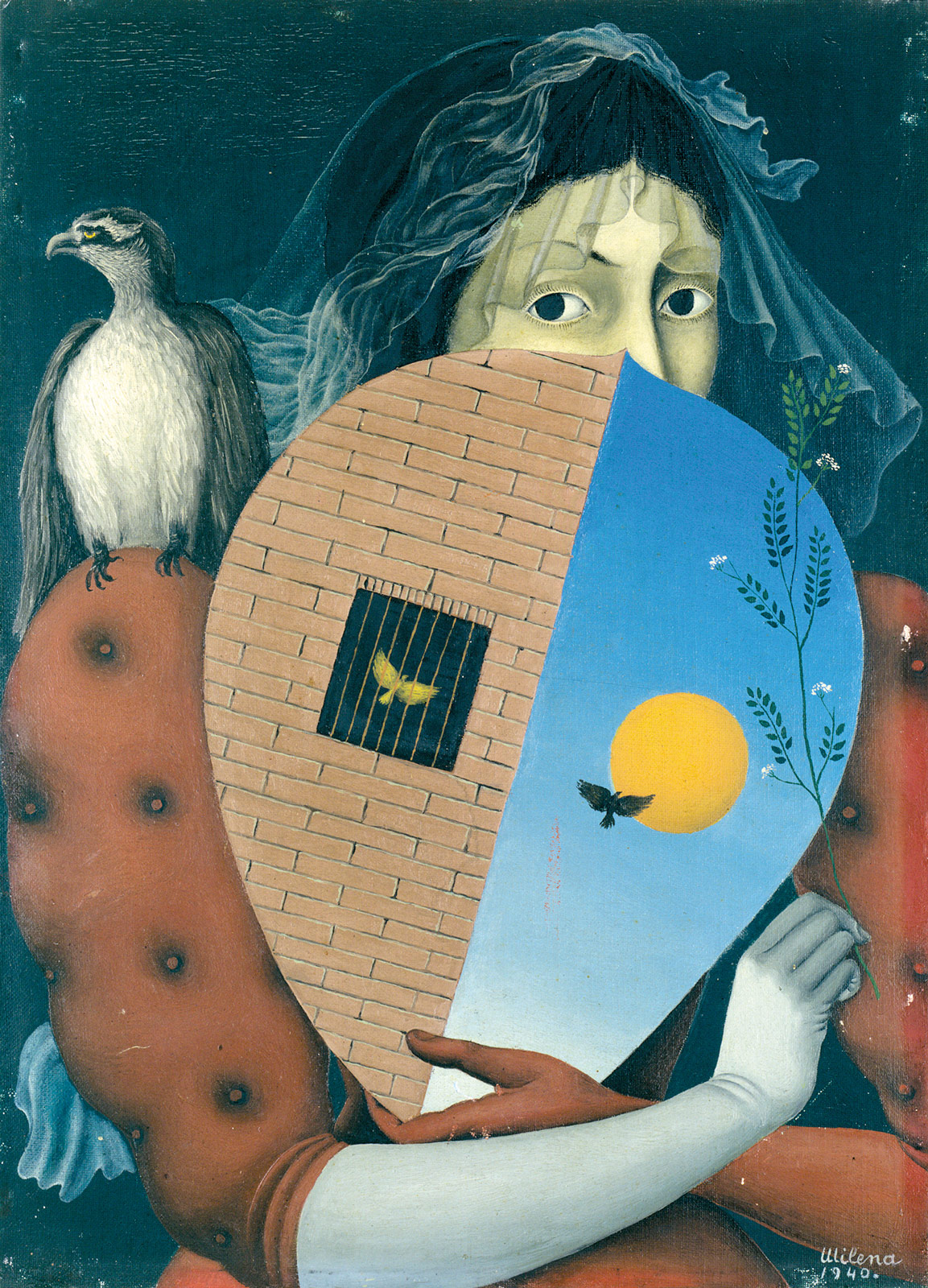 Nadežda Petrović is the first Serbian woman to have studied in Munich, the first woman painter to have had her own independent exhibition in Belgrade, among the first to have embraced Modern Tendencies, the first woman war-photographer in Serbia, the first female face on the banknote… Therefore, it is quite logical then that one f the most significant galleries of contemporary visual art in the country is named exactly after her.

Apart from all the above-mentioned, Nadežda had frequently been confronted with the wall of non-understanding during her life. As it happens by the rule to all the greatest names in art, recognitions come on a deferred basis, no sooner than after death. After many years of the negation, then oblivion of her, it was only in 1938 that the retrospective exhibition at the Pavilion of Cvijeta Zuzorić in Belgrade raised Nadežda to the very top of Serbian painting. Only two decades after that, the art gallery named after her was opened in her native town of Čačak.

“Nadežda Petrović” Gallery’s fund consists of the six collections of contemporary art. Apart from numerous exhibitions of contemporary artists, as well as seminars, workshops, concerts, film projections etc. the “Memorial of Nadežda Petrović”, one of the most significant international visual art events in the country, at which the current visual art scene is presented, is also organized every second year. Nadežda Petrović took part in organizing the First Yugoslavian Art Exhibition and the First Yugoslavian Painters’ Colony, later better-known as the Sićevac Colony. That seemed to be a good way to make the Yugoslavian people closer to each other. The Memorial, therefore, represents an extension of her interpretation of visual art as a means of the most open communication among people. 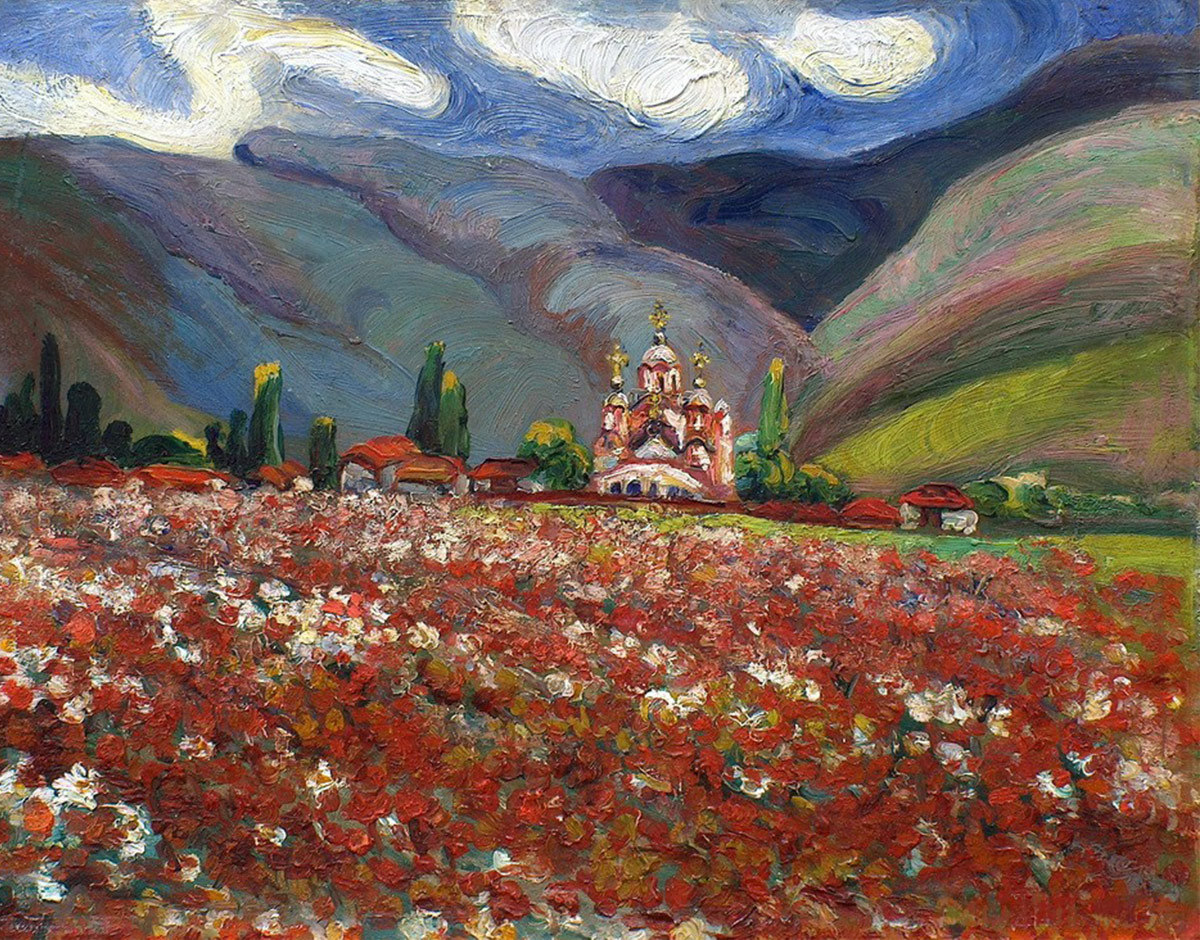 In one of the most beautiful and oldest houses in the main street in Loznica, there is the Gallery of Mića Popović, an academic and versatile artist, who painted, directed films, and engaged himself in scenography, literature and a series of other artistic disciplines. Miodrag Mića Popović was born in Loznica in 1923, but soon moved with his family to Belgrade. In 1989, a little before he gave his rich legacy selected by his own self to his hometown as a gift, he was declared eminent painter and the honorary citizen of Loznica.

At “Mića Popović” Gallery, there are twenty paintings, eighteen graphics, two drawings, two maps with the graphics, the books written about him by Dobrica Ćosić, Lazar Trifunović, Zoran Gavrić, Borislav Mihajlović Mihiz, Miodrag Pavlović and the books from within the field of painting that he wrote himself. Three years later, the collection was made complete with the six works produced by the artist’s wife Vera Božičković Popović, also an eminent woman painter, as well as with some personal objects of theirs.

The Gallery’s permanent display exhibits the artistic paintings with the motifs of old Loznica. The oldest painting in the collection is the “Great-great-grandfather’s House”, painted as early as in the year 1936, whereas the most recent is “Great Still Lifes”, painted in 1989. 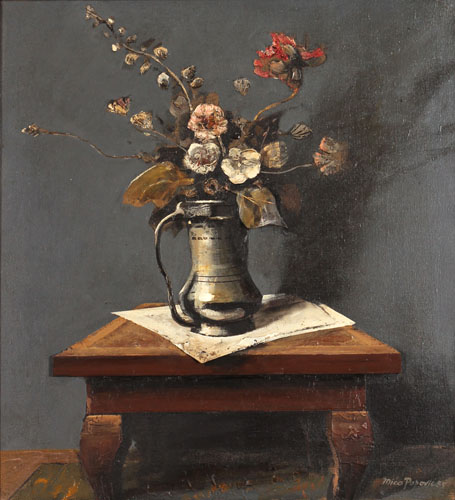 In the very center of Valjevo, there is the Modern Gallery, the legacy of Ljuba Popović and the home of the Mediala painters.

The Modern Gallery was established in 1985, at the initiative of Ljubomir Ljuba Popović, one of the greatest Serbian painters of the Modern Epoch, as well as with the support of the city of Valjevo. The Gallery was opened exactly with the exhibition of Ljuba Popović’s paintings, which then transformed into a permanent display, too. The collection consists of Ljuba’s eary works, which belong to the Yugoslavian period (from 1953 to 1963) and the paintings dating back in 1985.

Apart from the permanent display, there is also the exhibition space within the Gallery, where exhibitions of our most eminent vanguard painters – the cofounders and followers of the Mediala and the fantastic orientation – are organized. Every painter who has exhibited there gave the Modern Gallery a painting or a drawing as a gift, so that the gift-collection now includes more than 500 works. Apart from exhibitions, lectures, forums, film projections and classical music concerts are also organized at the Modern Gallery in Valjevo.

Ljuba Popović passed away last year, and his last painting, on which he had been working till the last day of his life, is also exhibited at the Modern Gallery. 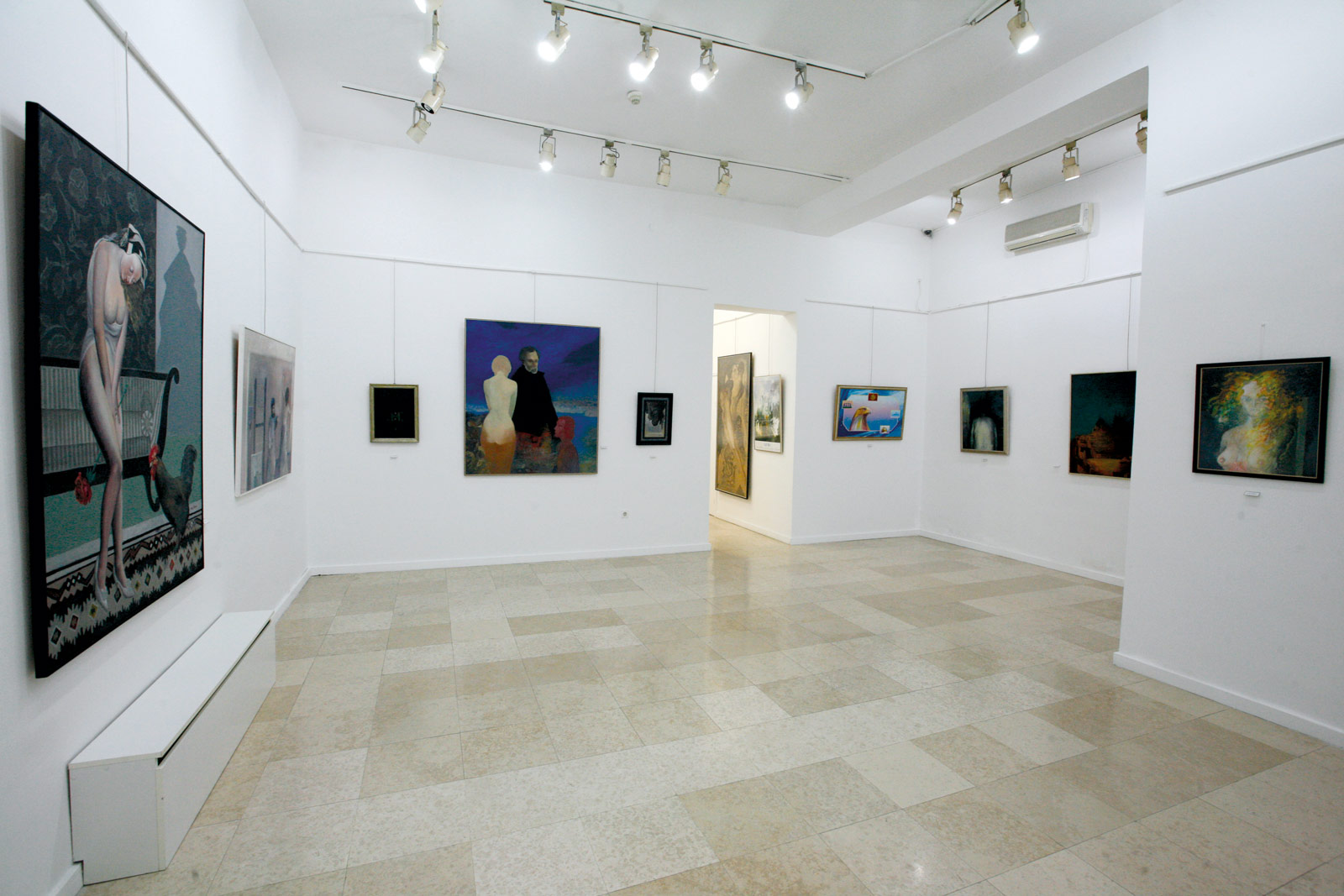 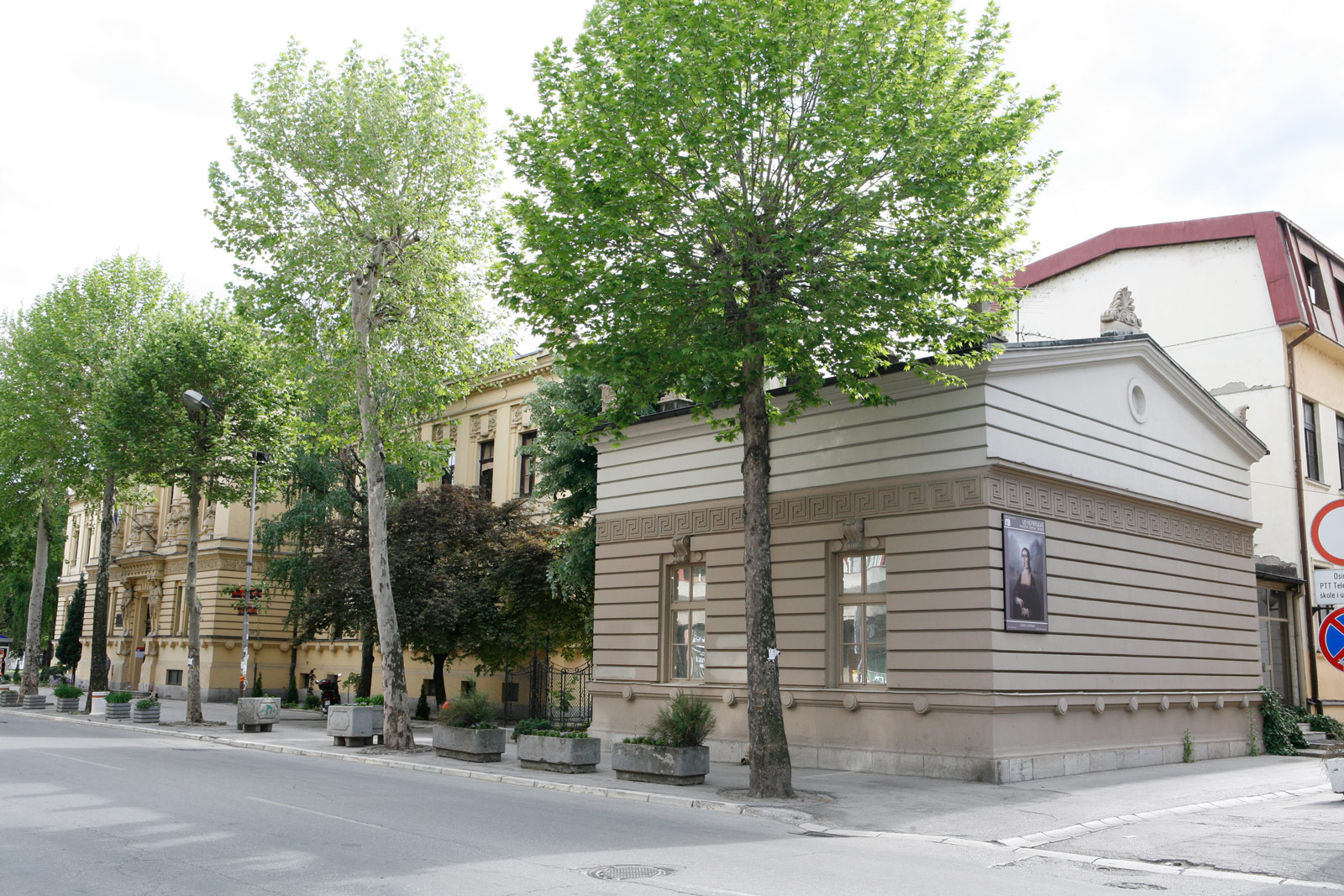 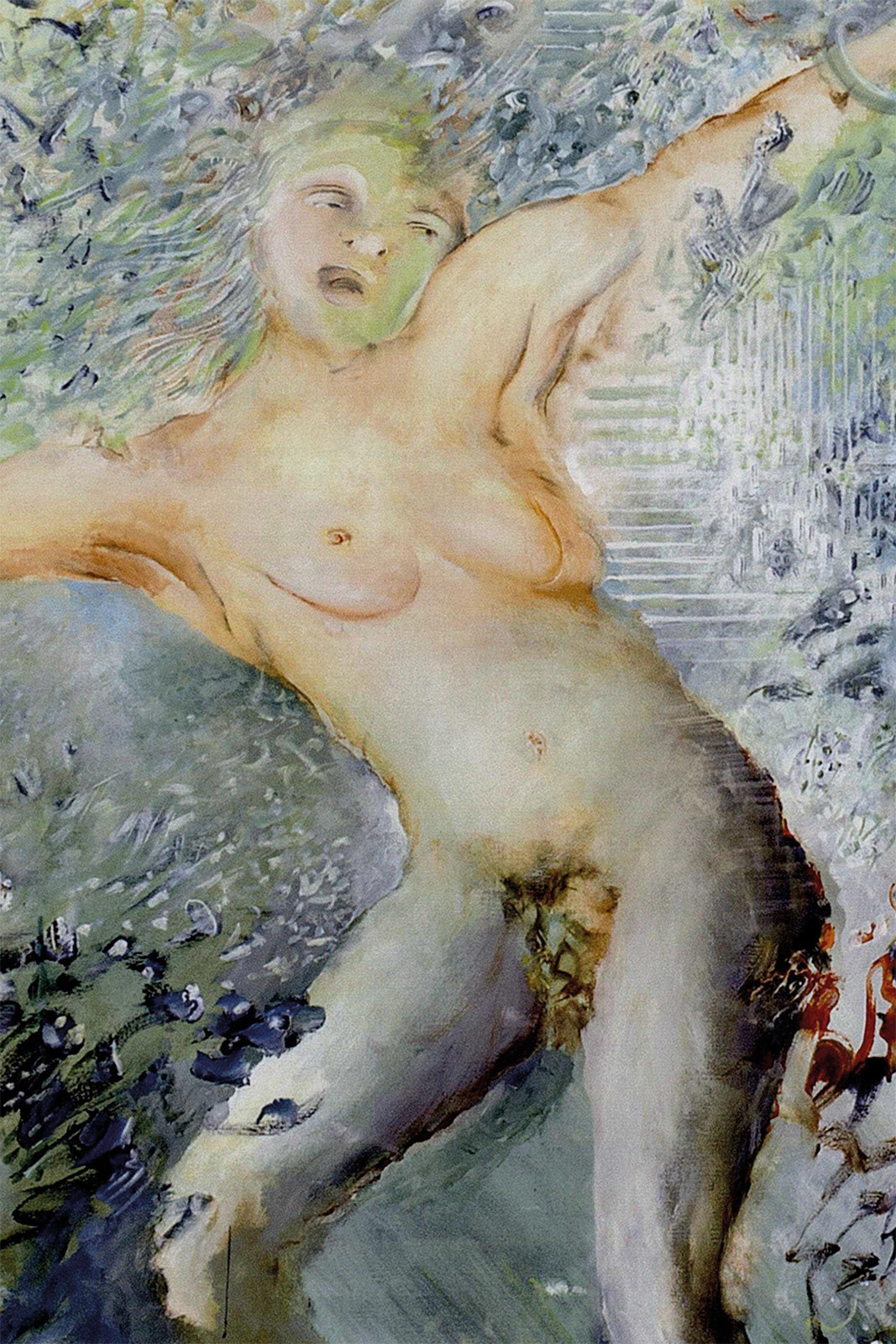