Vojvodina – The old and the new European Veloregion

Transport and tourism are the two topics we are constantly dealing with, and cyclotourism is an economic branch with a precious potential for the development of the economy of the AP of Vojvodina. When speaking about using bicycles as a means of transportation, Vojvodina, built on the traditions of the Austrian-Hungarian Monarchy, founded the awareness of and the infrastructure for bicycling over one century ago. Irrespective of the weather conditions, the bicycle is used on a daily basis. We are adding to that tradition creating a contemporary bicycle routes network in service of tourism development.

Bicycling as a sport-tourist discipline can to a great extent influence the public’s awareness of the significance of the bicycle both for recreational purposes and with respect to the protection of the living environment, while the cyclotourist has a more direct experience of the environment he is in and is passing through. In this way, by the synergy of the provincial and local competent institutions, the cycling infrastructure is more efficiently networked, connecting with the available rural offer. By engaging our Secretariat, the bicycling routes mapping procedure and the creation of the cadaster have been brought to an end. 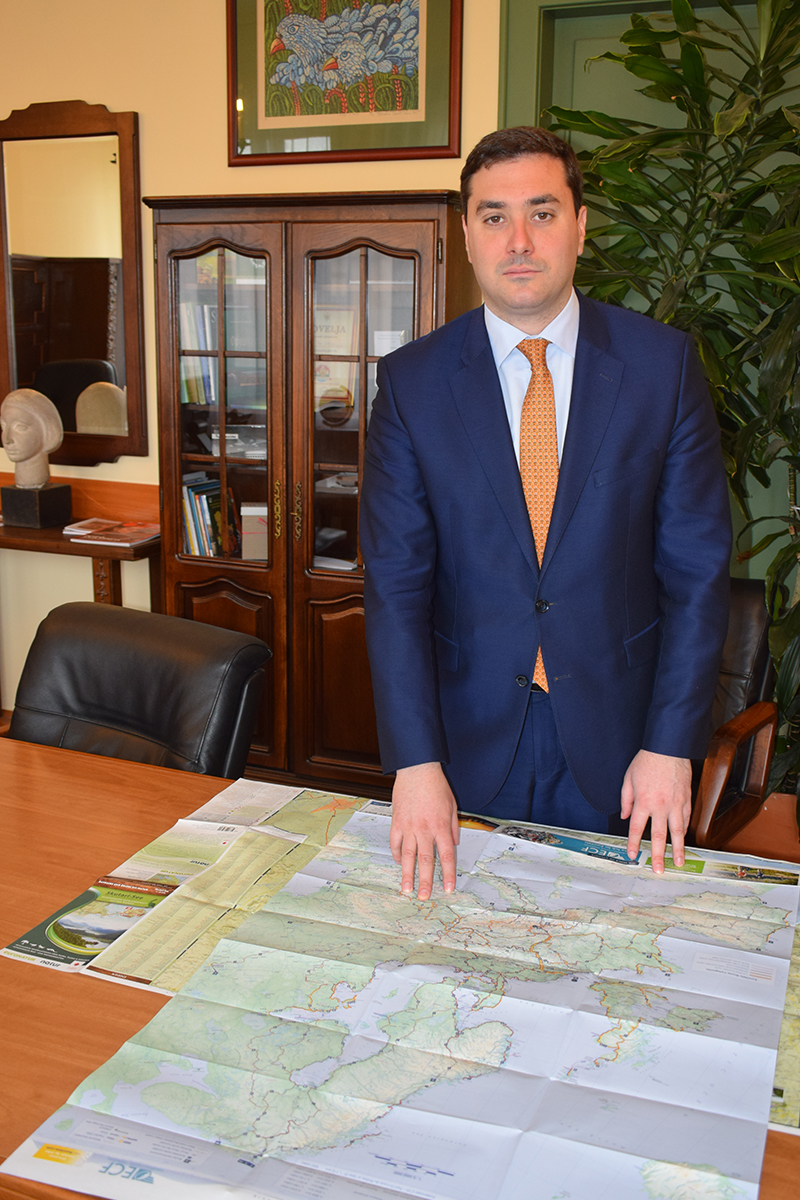 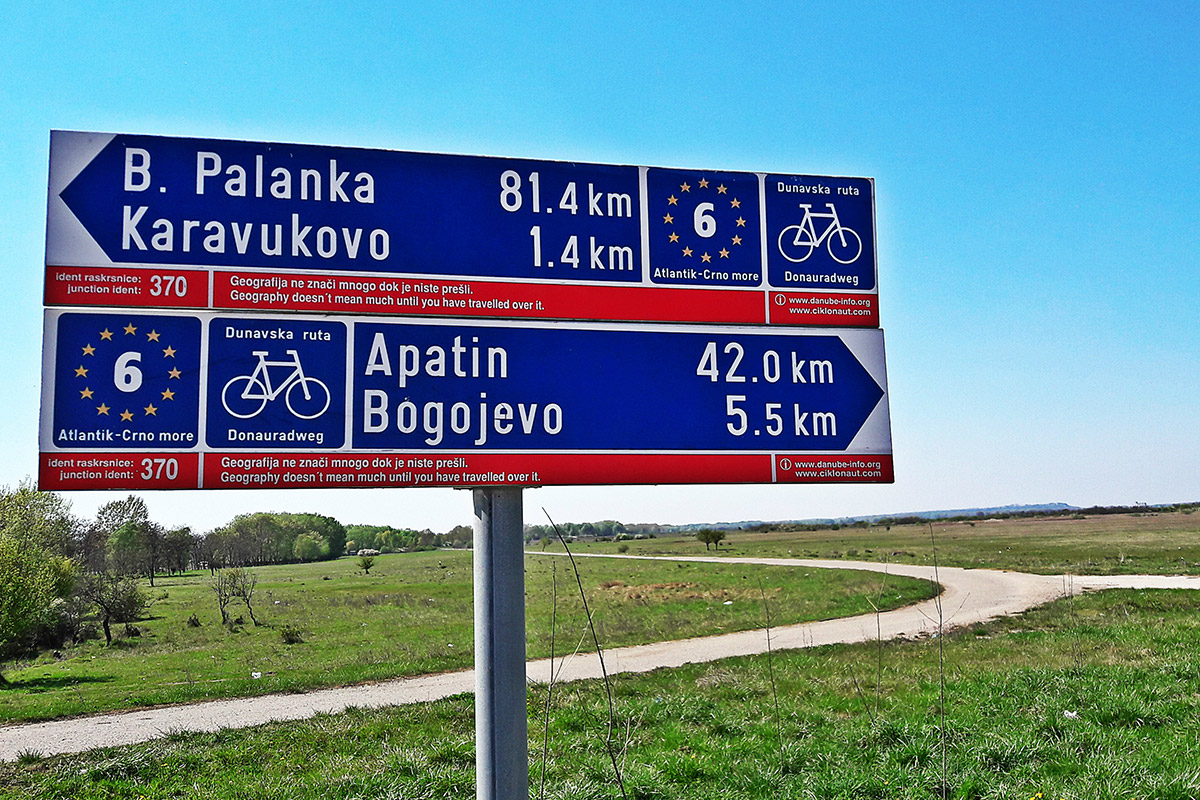 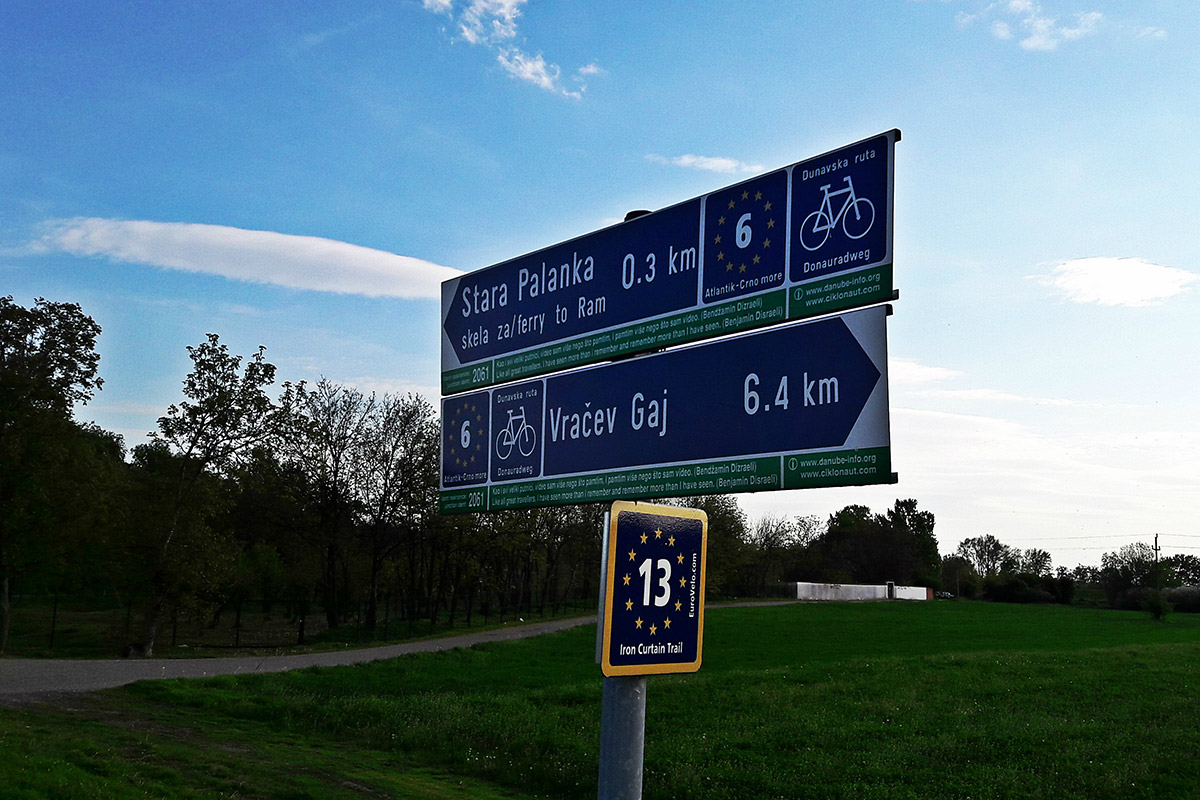 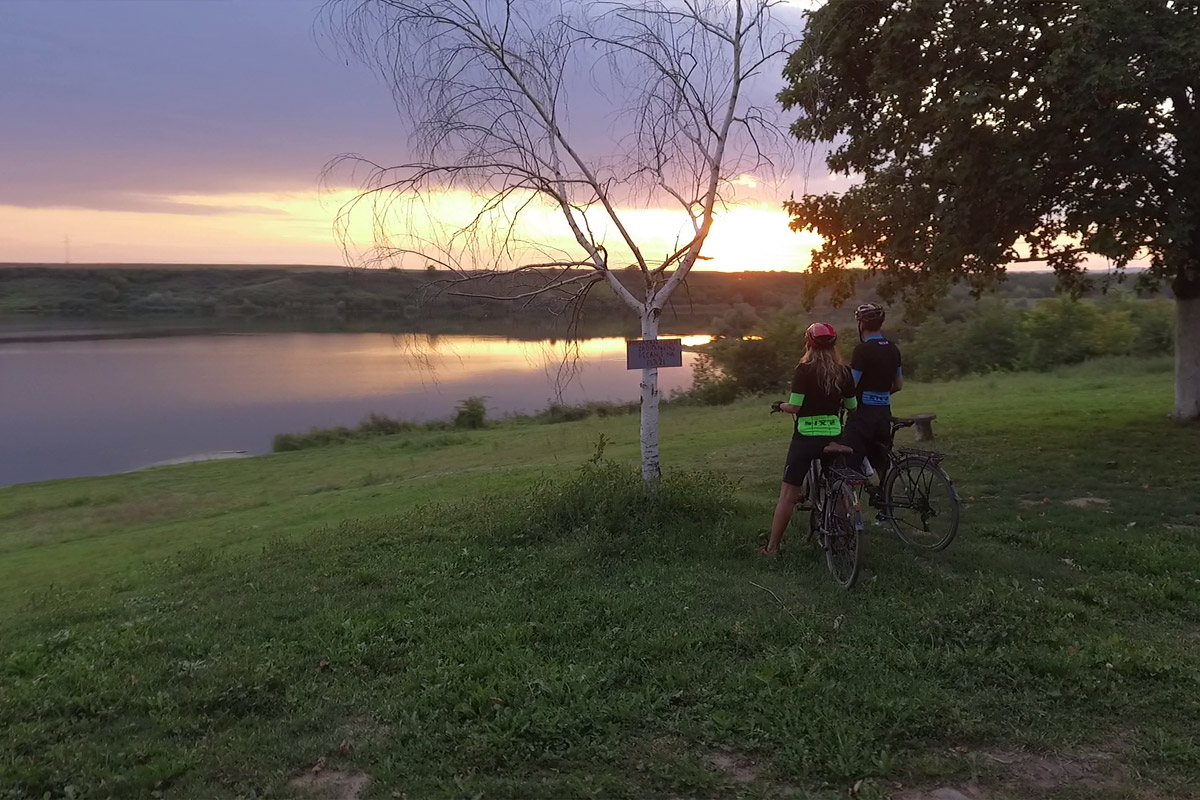 “Life is like riding a bicycle – to keep your balance, you must keep moving.”
Albert Einstein

The drafting of a detailed master plan of tourist signalization in the AP of Vojvodina also includes the Eurovelo Cycling Routes and tourist signalization. The Republic of Serbia’s Tourist Signalization Master Plan only contains a general methodology, whereas the Secretariat is currently running the project of installing tourist signalization throughout the AP of Vojvodina relying on its own research in and mapping the localities and routes.
By cross-referencing all the relevant details, we have established the priorities, and the key priority is the Eurovelo 6 – an impressive corridor, spreading from the Atlantic to the Black Sea, which connects ten countries along the 3,653 km long route. On the 667 km of the route through the Republic of Serbia, we have mapped 300 km through Vojvodina, having established a goal – to install a new and replace the old and damaged signalization from Bački Breg to New Banovci. The traffic signalization revitalization project includes the replacement of more than 200 boards, which is more than a half identified signalization. In that way, we will get a new and functional signalization in compliance with European standards on approximately two-thirds of the Eurovelo 6 Route in Vojvodina. We have been cooperating with seven local self-governments on this project. The cyclotourist capacities of Sombor, Apatin, Odžak, Bačka Palanka, Novi Sad, Petrovaradin, Sremski Karlovci, Indjija, as well as New Pazova, and the highlighted tourist topos of Bačka and Srem will get a new signalization as a necessary segment of the cyclotourist infrastructure. If local politicians and tourism workers transform the ideas into concrete projects, they may also obtain through EU competitions funds for the paths and the other advanced cycling infrastructure. Together with the existing tourism agenda, these localities can contemplate the new tourism creations they will offer foreign and domestic cyclotourists.
The adaptation of the existing and the construction of the new Belgrade-Novi Sad cycling path along the old road, connecting the Srem Route with Srijemska Route, the Šid-Tovarnik border crossing, the laterals in Beočin and Novi Sad, as well as the stage implementation of the International EuroVelo 6 Route Project, will now enable availability, safety and, simultaneously, a greater inflow of foreign cyclotourists through the revitalization of cyclotourist signalization. Some of these projects are supported by the Austrian Development Agency (ADA) and the Swiss Development Agency (SDC).

No less important is the project for installing tourist signalization for marking the international Eurovelo 11 cycling route. The challenge we are facing mirrors in the adjustment of the business plans to the real condition in the field, but I am convinced that joint work with local self-governments on defining their needs and requests will result in the maximum functionality of this international corridor as well. 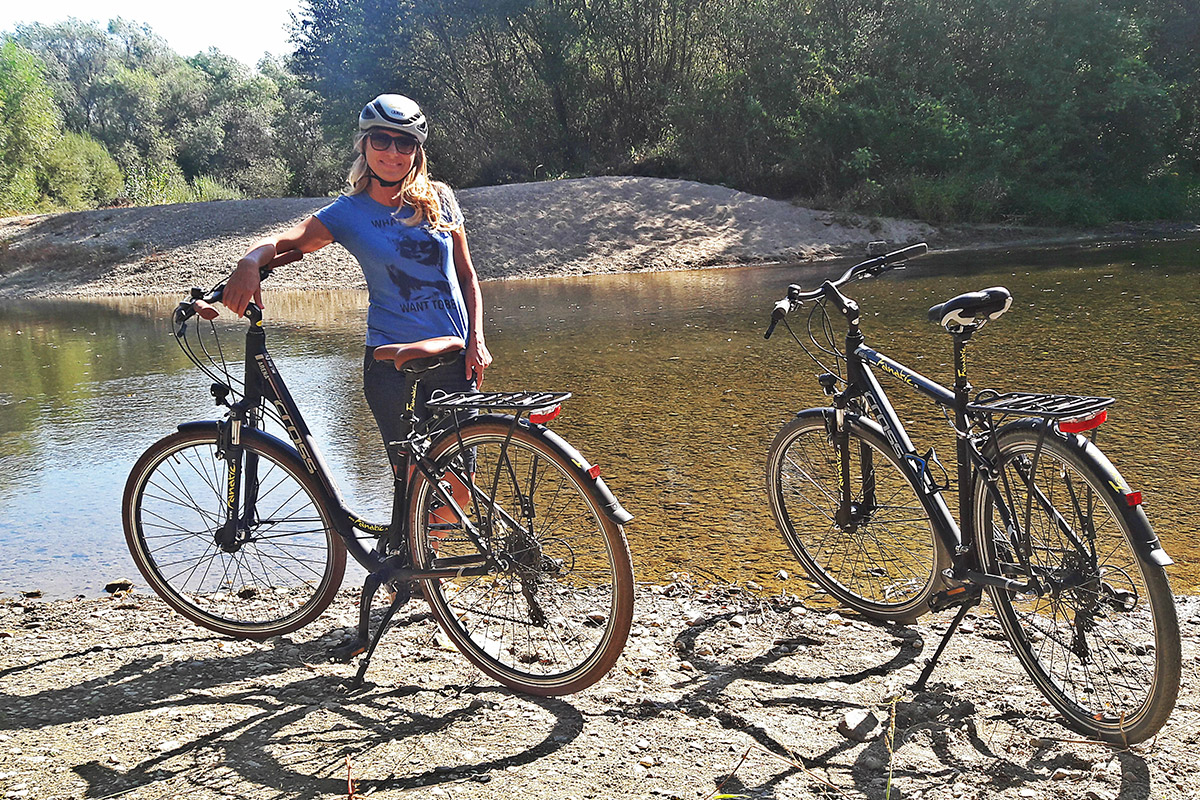 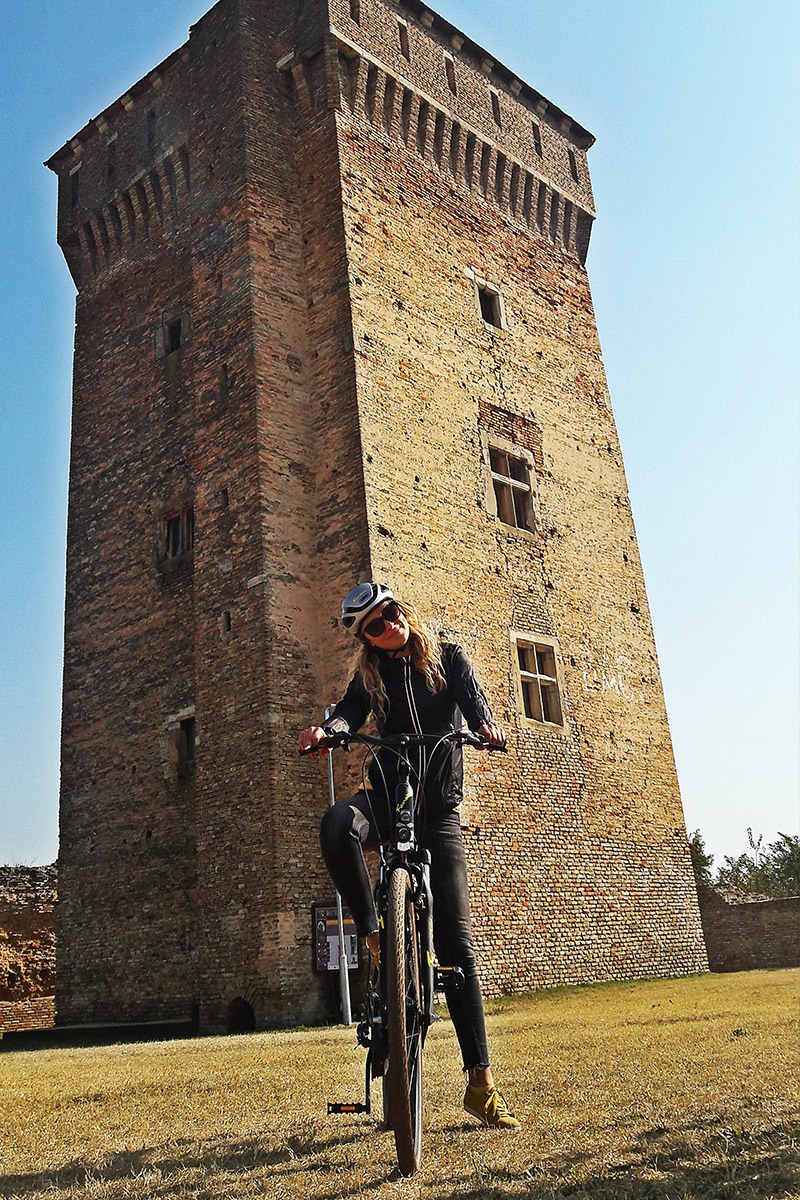 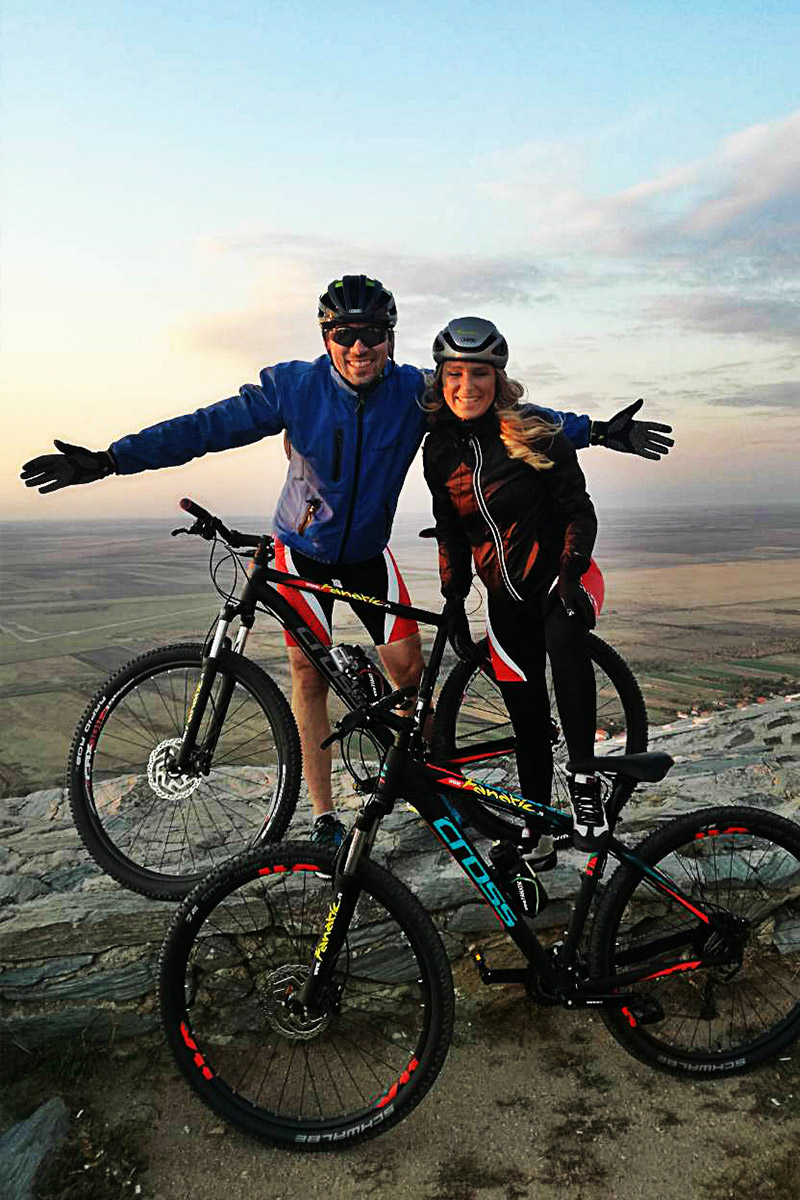 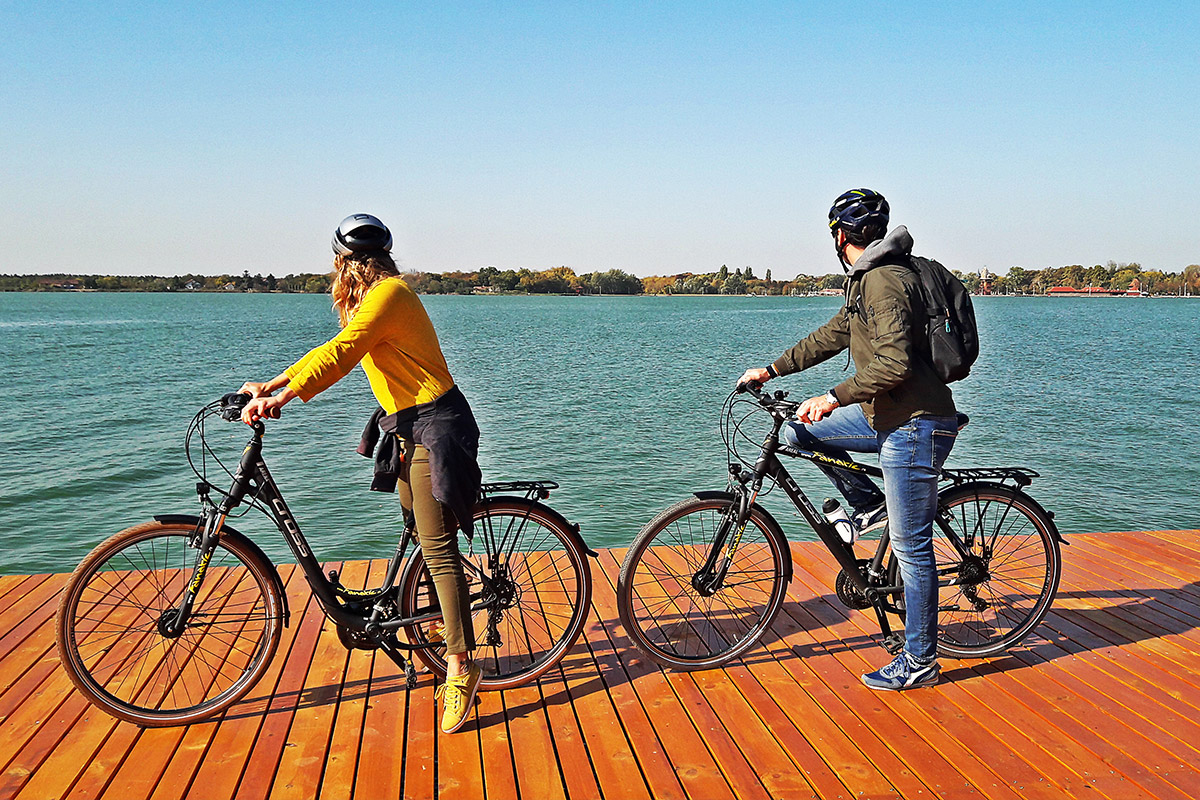 “The bike is a curious vehicle – its passenger is its engine.”
John Howard, an American cyclist

I’m proud to point out the fact that the Broadcasting Corporation of Vojvodina’s “Let’s Bicycle Throughout Vojvodina” TV serial is produced under the auspices of our Secretariat. The serial consists of 12 episodes to be broadcast in the year to come, a modern media-promotional product, in which two presenters will be “bicycling” through Vojvodina, discovering the cultural-historical heritage and natural, geomorphological and ecological jewels in 12 locations from Subotica all the way to Sremska Mitrovica.
The mentioned projects will for sure result in the recognizability of Vojvodina on the European cyclotourist atlas, in particular so in the recognizability of the Corridors 6, 11 and 13, which attract about 20,000 cyclotourists annually, who stay for three day on average. Cyclists are tourist with abundant financial resources, avid for recreation and adventure and a prolonged stay in Vojvodina.

Since the past year, the Provincial Secretariat for the Economy and Tourism has been working on the development of tourism, which is ultimately crowned by the promulgation of a strategic document – Program for the Development of Tourism in Vojvodina – which precisely defines the diverse aspects of the development, all on the example of the Republic’s Strategy.
The Provincial Secretariat for the Economy and Tourism has established the four priorities: Fruška Gora Mount National Park, rural and ethno-tourism, nautical tourism – the corridor along the rivers Danube and Tisa, and bicycling and cyclotourism. By promoting bicycling, a contribution is made to the development of the green economy and the creation of new workplaces, which is also a priority at the national level.
The statistical data about foreign and domestic tourists’ stays and night stays in the first eight months in this year are encouraging, as is the share of this Sector in the overall GDP growth. These are the positive trends we are attentively monitoring.

Text by Ivan Đoković, Provincial Government Vice President and Provincial Secretary for the Economy and Tourism
Photo by Nenad Berić and Sonja Babić-Vejnović