In the European cultural routes family

After two successfully completed EU projects within the European Institute of Cultural Routes of the Council of Europe in 2015, the Danube Competence Center (DCC) officially certified the program entitled the “Roman Emperors’ and Danubian Wine Routes”.

At this moment, there are 21 Roman localities and 13 wine regions on the map, so it is estimated that these exceptional attractions have a potential to become the most attractive tourist products in a family of the European Council’s 32 cultural routes. In the beginning, this cross-border project connected the Roman heritage and the wine offer in the four countries of the Balkan region: Croatia, Serbia, Romania and Bulgaria, only to extend the route to Hungary as well in 2017.

Wishing to inspire you to explore the “Roman Emperors’ and Danubian Wine Routes” on your own, below are the most attractive destinations within your reach. 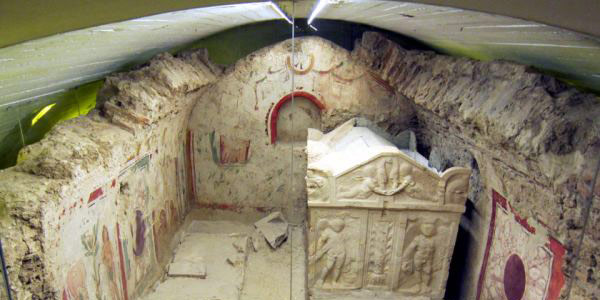 One of the biggest university cities in Central Europe and the European Capital City of Culture 2010 is especially proud of Zsolnay ceramics and the locality of Roman tombs, inscribed on the UNESCO Cultural Heritage List. This is also the city with a large number of active wineries offering a plethora of famous Hungarian wines. 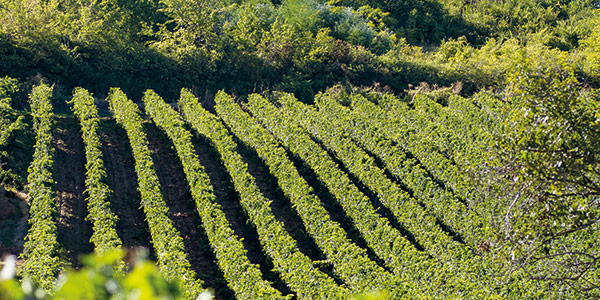 In this lovely baroque-style small town taking pride in the significance it has for the Serbian culture, passengers can also enjoy visits to famous wineries. Kiš Winery’s Portogizer won at a world festival, whereas Benišek Veselinović Winery, located in the cellar of one of the oldest houses, offers a possibility of degusting domestic products and beverages. 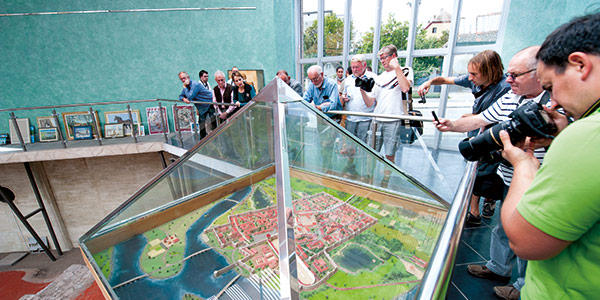 The remains of Sirmium, one of the Roman Empire’s capital cities and the birth place of six Roman Emperors are well-preserved and enable visitors to feel the spirit of a densely populated ancient metropolis with a luxurious Emperor’s Palace in it, too. The panels with detailed descriptions placed by the DCC enable visitors to become more familiar with the daily life of the ancient world. 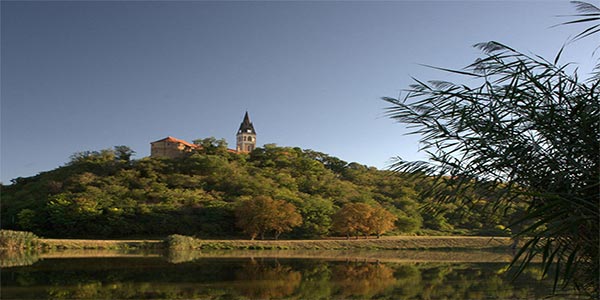 This charming small town offers a wide range of attractions: a visit to the impressive castle of Odescalchi, a museum today; a rest at the Principovac estate; the golf courses, a tour on a tourist train… Ilok’s wine cellars with their famous Traminac wine are proud of the first cellar built for making and storing wine in this part of Europe. You can also see modern Dragun Winery and Stipetić Winery. 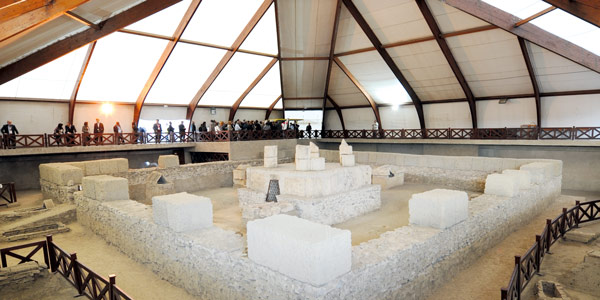 In the vicinity of Požarevac, there are well-preserved remains of the Roman city and military fortification of Viminacium, built under the rule of Emperor Hadrian. The Mausoleum is particularly interesting, as well as the fact that, like Pompeii, it “had been living its life under the ground”. 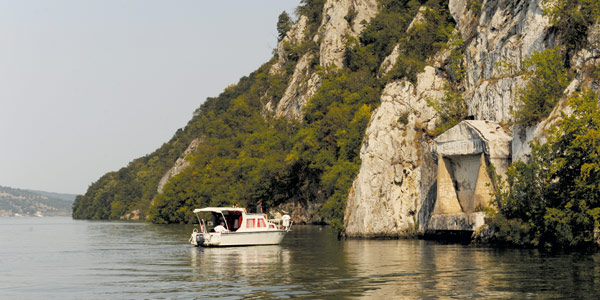 The Magelan and Robinzon Agencies offer a Danubian tour, which was the most asked-for in 2017: a cruise down the Đerdap Gorge on the Aquastar Maxim ship, with the prominent sights of Emperor Trajan’s Board, King Decebalus’ Statue and the gorges of the Small and Big Cauldrons. 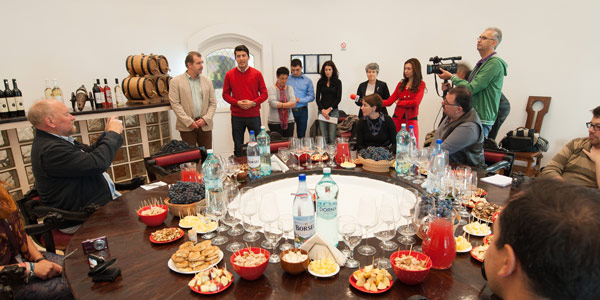 Kladovo and Turnu Severin used to be connected by Trajan’s Bridge, which throughout one thousand years had been known as the biggest bridge-construction endeavor in the world. Except for a visit to the remains of the bridge and the city museum, you may find special enjoyment in tasting the wines of Vanžu Mare Winery, which has modernized the tradition of a former state-owned winery, raising it to the level of the international standards of quality. 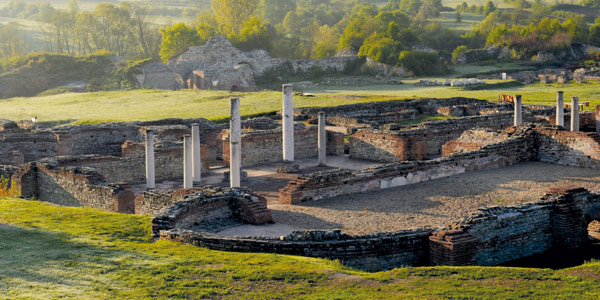 The imperial palace in Gamzigrad nearby Zaječar is inscribed on the UNESCO Cultural Heritage List. The massive ramparts encompass the remains of the temples, streets and richly decorated constructions of Emperor Galerius, who was born here. In the vicinity, there are Bulgarian localities: Belogradčik ancient fortification and Magura Cave with the remains of prehistoric wall painting. Magura Winery offers you to degust wines exactly in this mysterious cave. 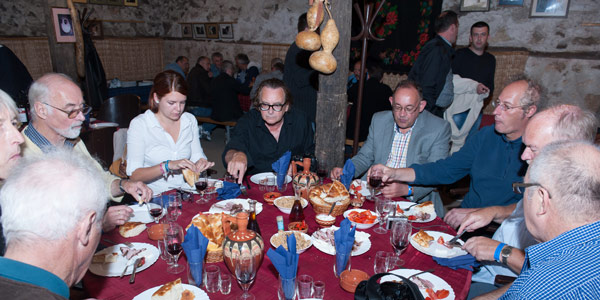 The wine capital city of Eastern Serbia offers an opportunity for enjoying Matalj Winery’s wines awarded on multiple occasions, also known as the “fruits of the sunny land”, with Tamjanika as the most exquisite one. The villages of Rajac and Rogljevo are also broadly famous for their wine cellars. At the foot of Rajac, there is also Raj Winery with its Gamay red wine of the same name. Between Rajac and Rogljevo, there is the village of Smedovac with Ivanović Winery, offering you to degust wines at a stone house of 1861. 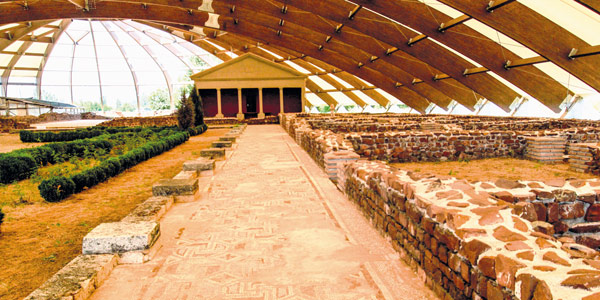 The third biggest city in Serbia is the birthplace of Constantine the Great. In the suburbs of Niš, there is a locality named Mediana, with its original mosaics, which were part of a luxury residential quarter. Apart from the Roman heritage, the city also preserves the significant monuments from the period of the Ottoman rule, among which the most heard-of are the Fortress of Niš and the Skull Tower. Among the wineries, Status Winery is certainly a must-see; it produces the first-rate wines of this region from the grapes picked in the nearby vineyard on Lipnica. 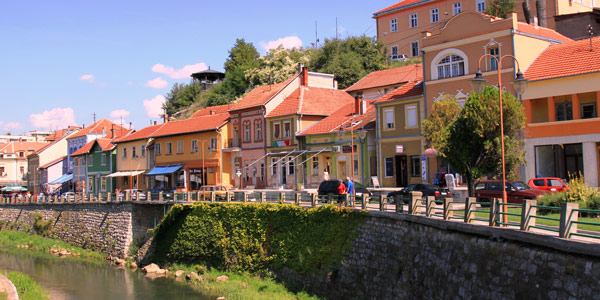 The site of Ravna, the oldest Roman military fortification in Timočka Krajina, erected in the first century, is in this town. Within the archaeo-ethno park in Ravna, there is a wine museum with a degustation hall, where wines of this region and Western Bulgaria’s wines are served. There is also Jović Winery, especially proud of its wine made of the autochthonous variety of the cherry. 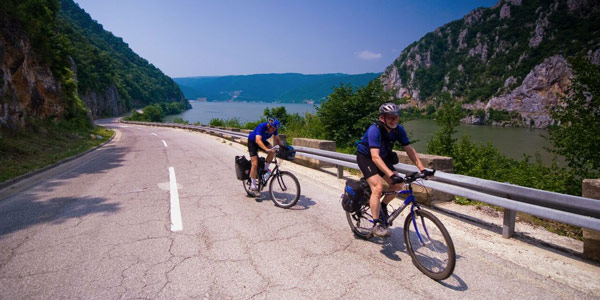 The ERASMUS+ project entitled “Developing European Cultural Routes for All” is led by the French Federation for Cultural Routes. DCC (Danube Competence Center) is a partner in this project, which, among other things, is aimed at bringing the cultural-historical heritage …closer to the local communities along the European cultural routes.