Home » Precious assets of natural and cultural heritage
Previous Next

Last year, Serbia has received two exceptional acknowledgements from UNESCO: “Bačko Podunavlje” (“The Danube Basin of Bačka”), as a unique piece of the Planet, has been inscribed in the UNESCO List of Nature Reserves, within the “Man and Biosphere” Program; late this year, the Serbian national dance – the “kolo”, has also been inscribed in the UNESCO Representative List of Intangible Cultural Heritage.

The UNESCO List contains over a thousand natural and cultural goods throughout the world, simultaneously not being negligent of the attainments of our country, either: the monastery of Studenica, Old Ras with Sopoćani, St. George’s Pillars and St. Peter’s Church, the mediaeval monasteries of Kosovo and Metohija, the remains of the Felix Romuliana Roman Imperial Palace, the three localities with standing tomb-stones, Nikola Tesla’s Archive, the oldest manuscript book written in the Cyrillic alphabet of the 12th century – Miroslav’s Gospel, the telegram of the declaration of war by Austria-Hungary on Serbia, the family saint’s feast day (“slava”), the Golija-Studenica Biosphere Reserve. From now, we have become richer for yet two authentic “items”.

“Dunave river basin of Bačka” – part of “the European Amazonia”

“Bačko Podunavlje” is one of the best preserved reeds-marsh areas on the Upper Danube through Serbia. Due to the expanse, the thick vegetation and the giant forests, it is called “The European Amazonia”. Inside the Reserve, there is a series of the protected areas: “Gornje Podunavlje” (“The Upper Danube Basin”), “Karadjordjevo”, “Tikvara” Nature Reserve, “Junaković Forest” Nature Monument, “Bukinski Oak Forest” Regional Park, as well as the habitats of the national ecological network. “Bačko Podunavlje”, together with the “Mura-Drava-Danube” Reserve of Biosphere in Croatia and Hungary, creates a single ecological whole.

The nomination was drafted by the Institute for Nature Conservation of Vojvodina Province, with the support of the competent ministries, the managers of the protected areas, the civic sector, the local self-government, and particularly by the International Union for Conservation of Nature – the World Wildlife Fund (WWF). Today, thanks to these joint efforts, we now have yet another biosphere reserve, the first in Vojvodina, apart from the Golija-Studenica Reserve.
This huge space swarms with life – the exact number of the species has not been determined yet: over a thousand species of plants, about three hundred species of birds, over fifty species of fish and amphibians, etc. have been discovered so far. The strictly protected species of the otter (Lutra lutra) is a prominent representative of this area. The herds of the reeds deer, as well as the grandiose white-tailed eagle, are also the trademark of the Reserve.
Apart from being the area of a rare biological diversity, this area is also characterized by a diverse cultural heritage. The Reserve spreads across and through the districts of Sombor, Apatin, Bač, Bačka Palanka and Odžaci. The “Man and Biosphere” Program, among other things, is also aimed at establishing a scientific framework for the improvement of the relationships between the people and their living environment. 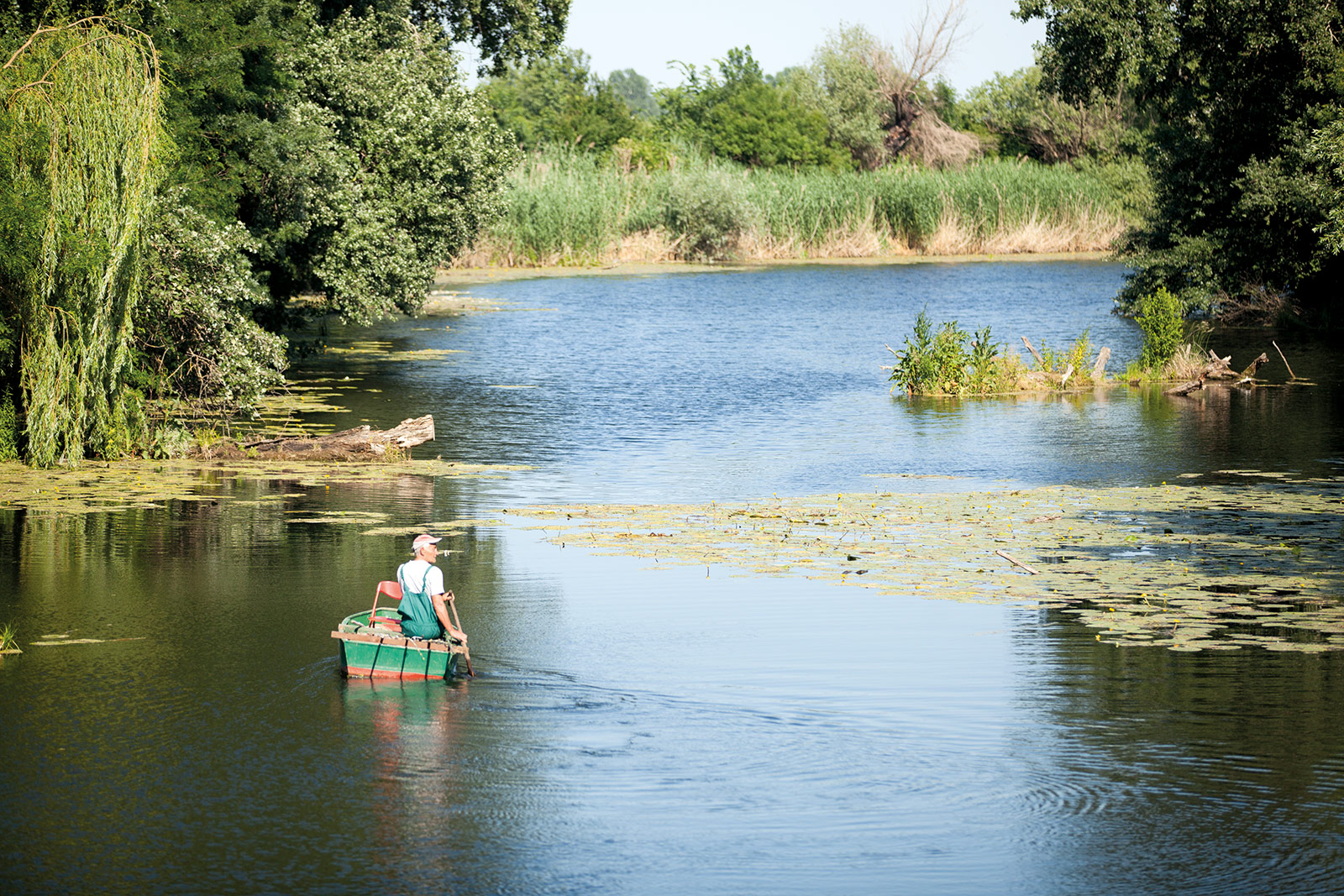 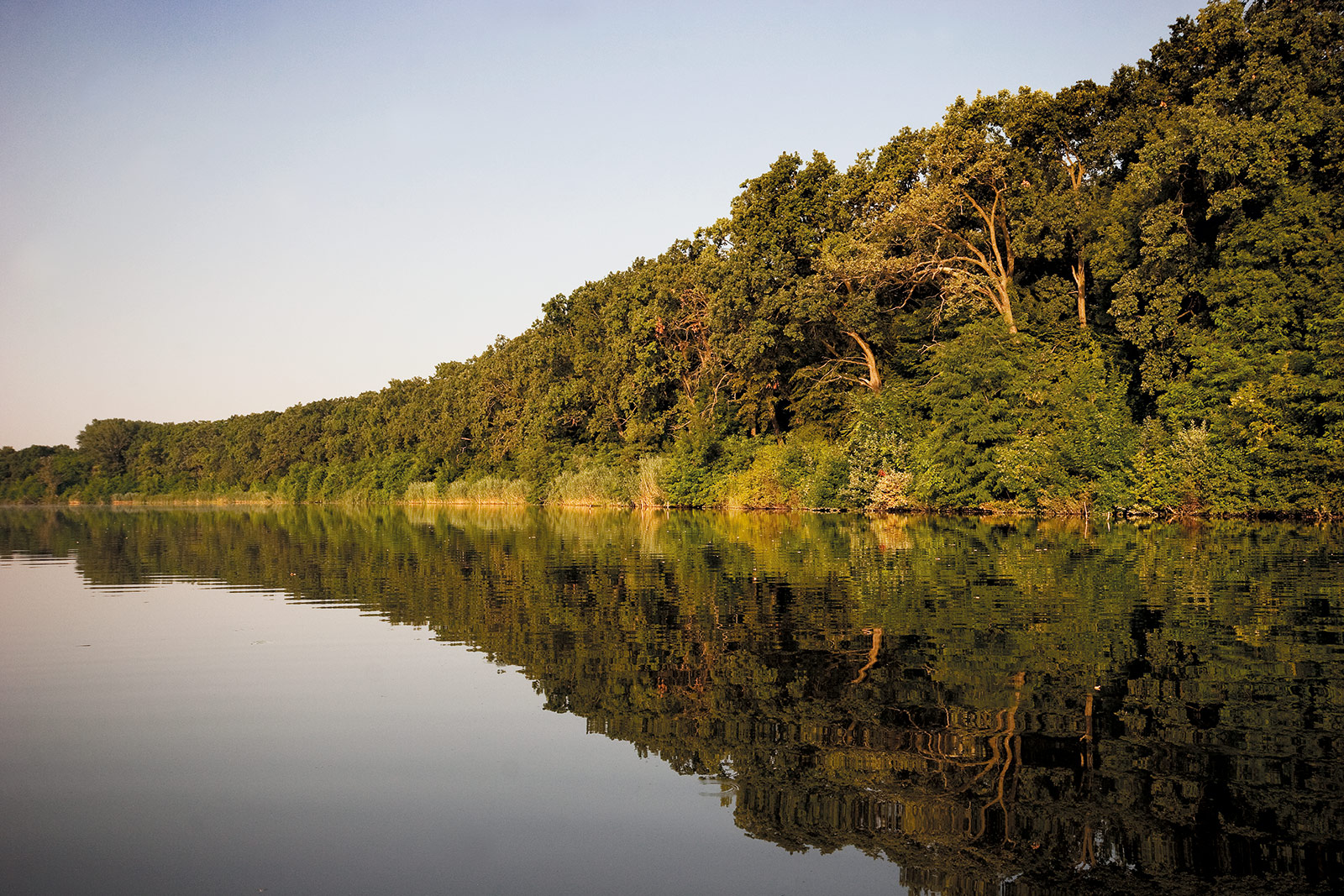 The blue-green transversal of Europe

The “Coop MDD” Project, co-funded by the European Union through the Danube Transnational Program and partly pre-funded by the funds of the AP of Vojvodina, is an important step towards the management of “Bačko Podunavlje” Biosphere Reserve. The Project is directed towards the adjustment of the way in which the twelve protected areas located in Austria, Slovenia, Hungary, Serbia and Croatia are managed. It would ensure the ecological integrity and the connectedness between the ecosystems of a future unique cross-border “Mura-Drava-Danube” Biosphere Reserve. The Project partners from Serbia are the Institute for Nature Conservation of Vojvodina and “Vojvodina Forests” PE.

Starting in the spring of 2018, within its tourism branch, Vojvodina Forests PE will be introducing a whole range of tours so devised that visitors will be enabled to become familiar with the world of the nature of the protected areas in the most beautiful way and under guidance of professionals.

The DNA of our nation

The “kolo”, as a collective dance in which the dancers hold one another by the hand and thus form a chain between each other, can be defined as the DNA of the Serbian nation, as well as a metaphor of a close-knit community. This is also confirmed by the fact that the kolo is danced on most various opportunities, in both urban and rural areas. The original steps, the music background and the nice message conveyed by this dance were crucially important in the promulgation of the decision on its classifying into the list of the unique attainments of the world.
The inscription of the “kolo” in the UNESCO Representative List has multifold significance: it is a great promotion of the Serbian culture in the world, as well as an incentive not to neglect our own heritage, but rather to cherish it as a token of our recognizability and singularity. 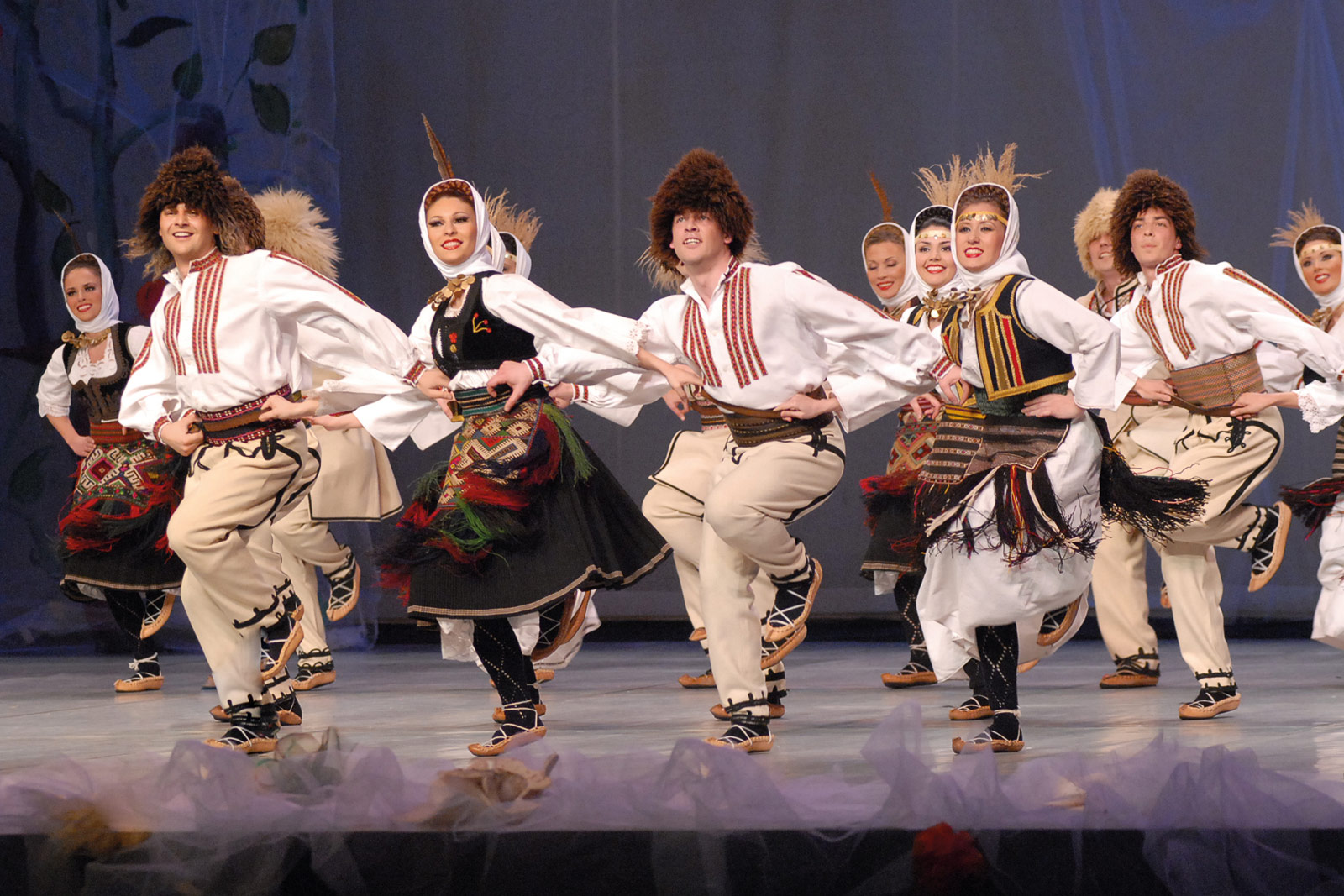 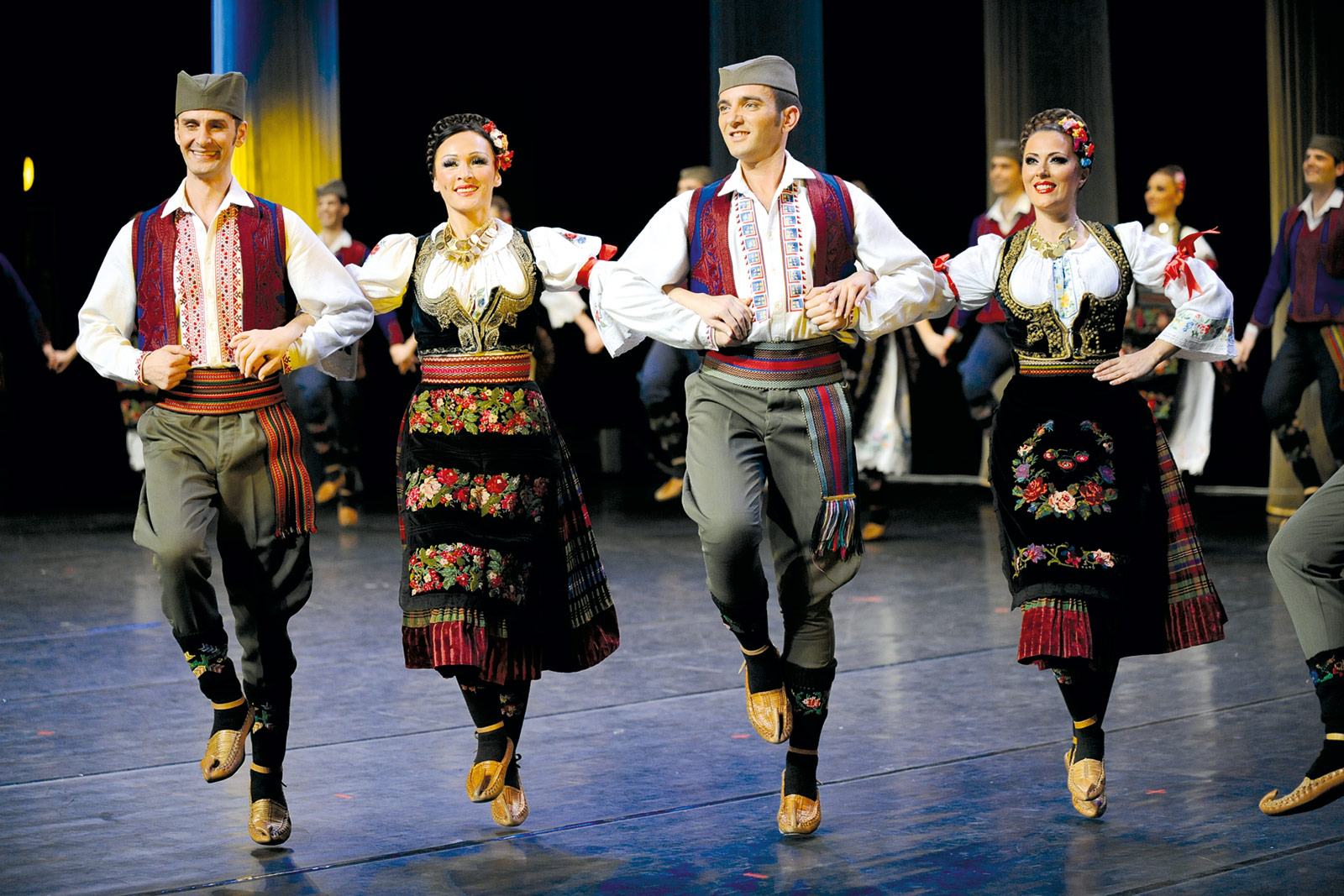 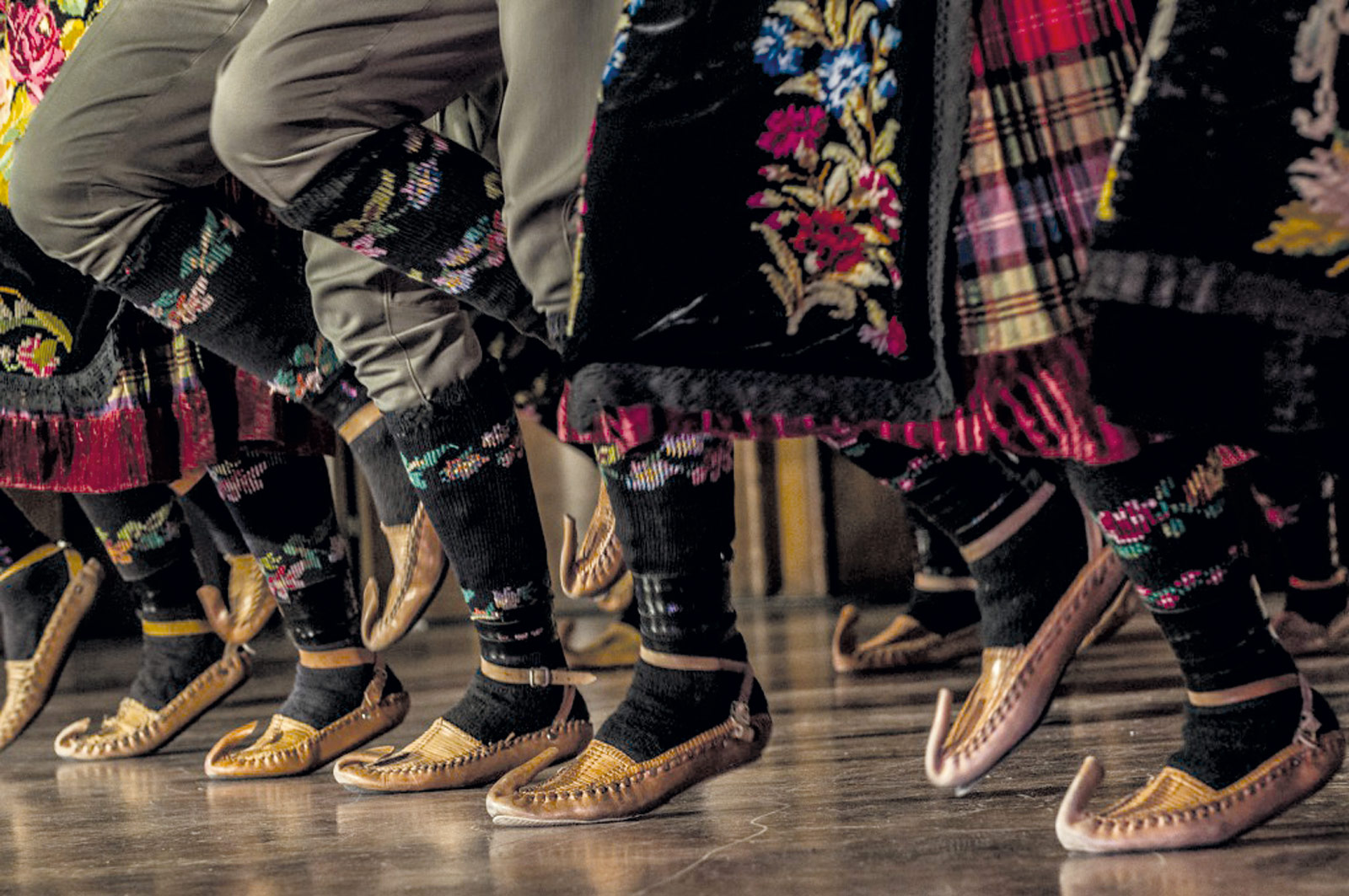