The Roman Imperial City of Viminacium, built in the time of the emperor Hadrian, had for centuries been silently existing under the surface of the Earth, forgotten and lost like Pompei. Today, it is one of the most significant archaeological sites in Europe. According to Miomir Korać, the initiator of the idea of the Viminacium Archaeological Park Project and its manager, it will become more and more significant as time passes. If we are watchful and open up to it, it may give us essential answers to big challenges of nowadays.

When you’ve been doing something for a long time, then you know that the fact that you’ve been selected to do it is a privilege, given the fact that the great men such as Miloje Vasić and Mihajlo Valtrović did research in Viminacium before you. Yet, observing it from a spiritual concept, they were the students of Jovan Sterija Popović and all those generations reaching up to Dositej Obradović and Ruđer Bošković. You should be aware of that sequence and try to reach as high and far as they did, since there is no you without them. There is quite a number of researchers between Miloje Vasić and me: Srejović, Garašanin, Kondić… Whether I agree or don’t agree with them, their work is a sacred thing to me. Moreover, I’m jealous of keeping their names and reputation alive, and I don’t allow anyone to cast aspersions on them.

Although you’ve been working for four decades now, you’ve reached the “speed of light” if we compare the tempo of researching and promoting other significant archaeological sites…

As a researcher, I started from Đerdap, which gods had created for themselves, not for us. When I was invited to participate on the Viminacium team, I wasn’t quite happy. Visually, it wasn’t an attractive place, but it slowly gained control of me. I was growing up with it. That’s an experience similar to an ancient myth – I stepped into a clear zone, and once you find yourself in a deserted field, you may either return or not return, or they bring you back on a warrior’s shield. Archaeological sites are more or less a hermetical creation, which obsessively acts on the researcher himself. In the huge urban space of Viminacium, however, I became aware of the fact that it contained the elements that couldn’t only be preserved for us, archaeologists. So, in only six years, we made an accomplishment – we constructed the Archaeological Park which is reputed as one of the ten most beautiful such parks in Europe today.

How did you devise it?

Our team counts 26 researchers, each with different interests. Apart from archaeologists and art historians, there are geophysicists, mathematicians, experts in informatics… Together, we’ve made a knowledge-based product. That’s the special value of Viminacium. The leading idea arose from UNESCO, who say that, together with protection, the experience of a heritage is the central thing. Archaeology is not only a science of the past. Its goal is not to place objects in museums. Today, our visitors enter a kind of time machine, where we endeavor to activate on all their senses. In order to conjure up the epoch, apart from visiting the main gate of the legionary camp, the Mausoleum of the Emperor Hostilian and the Thermae, we also constructed a replica of the Amphitheater, a Roman villa, a craft center with the ovens for manufacturing bricks, the adventure park… We also have more than 500 Roman costumes. When we put them on, we turn Viminacium into a living ancient city. 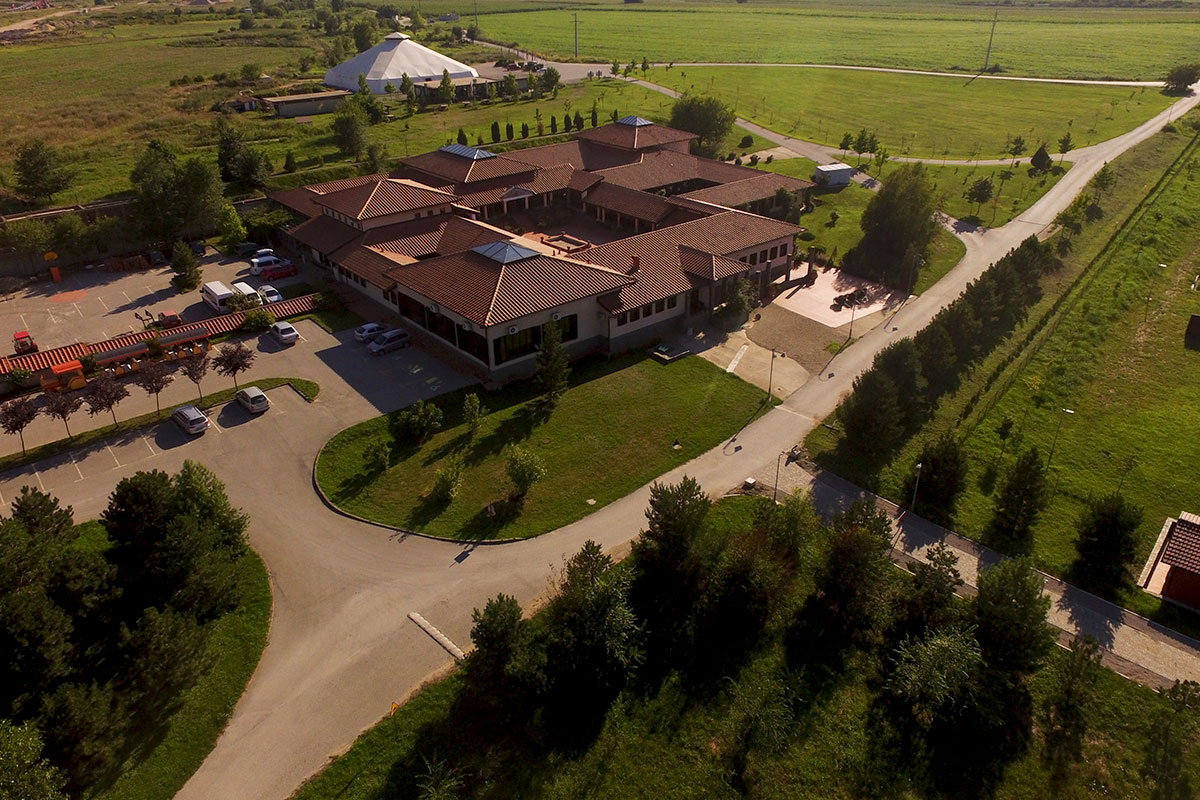 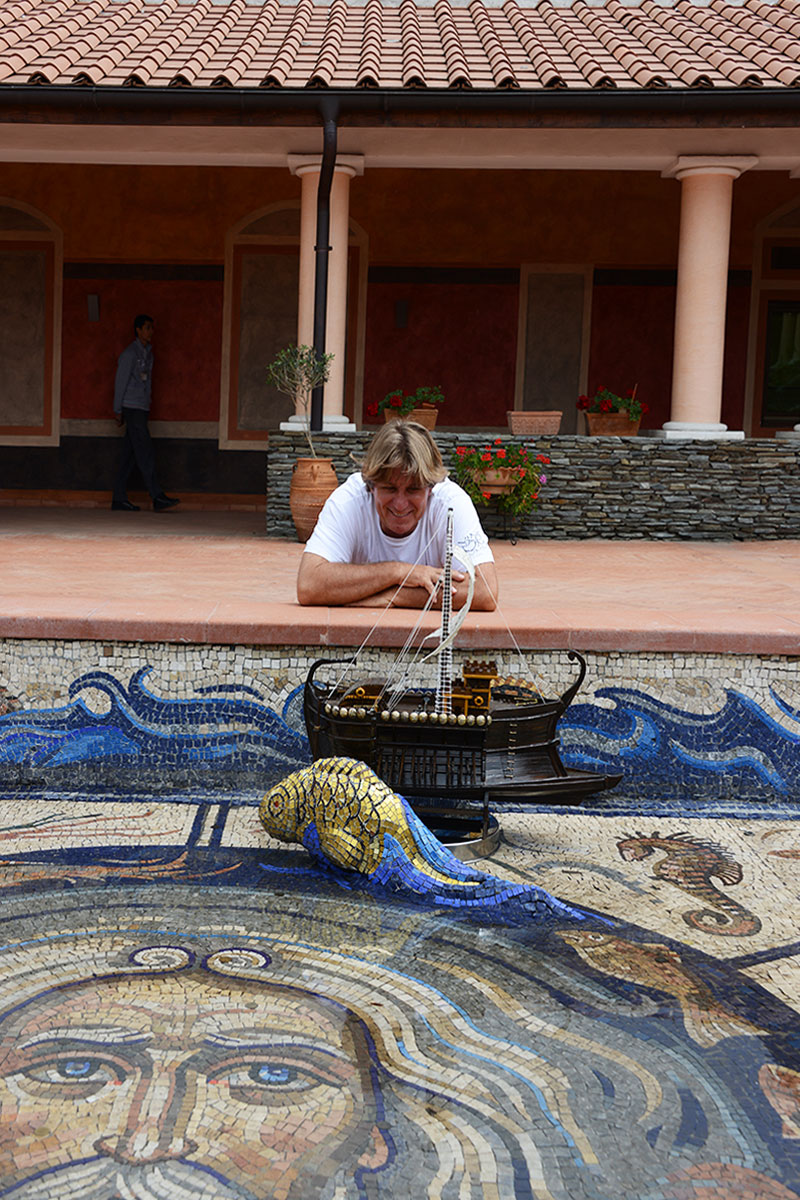 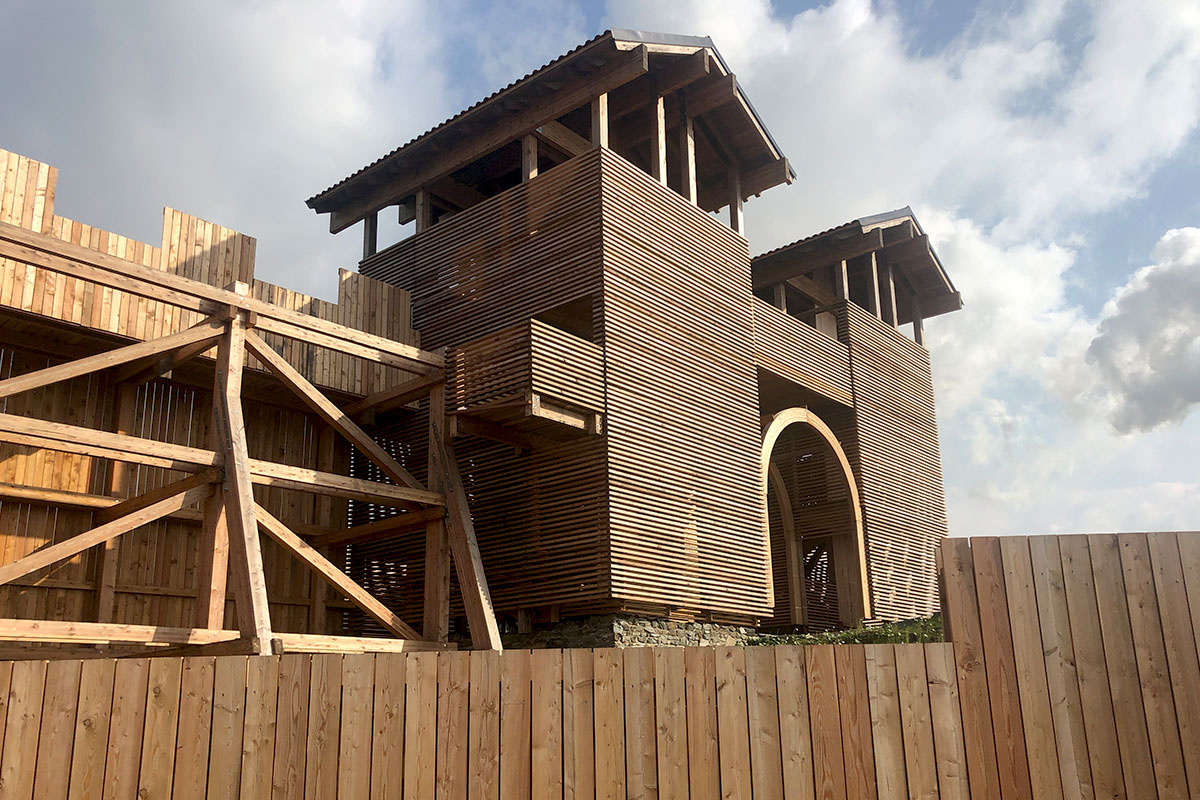 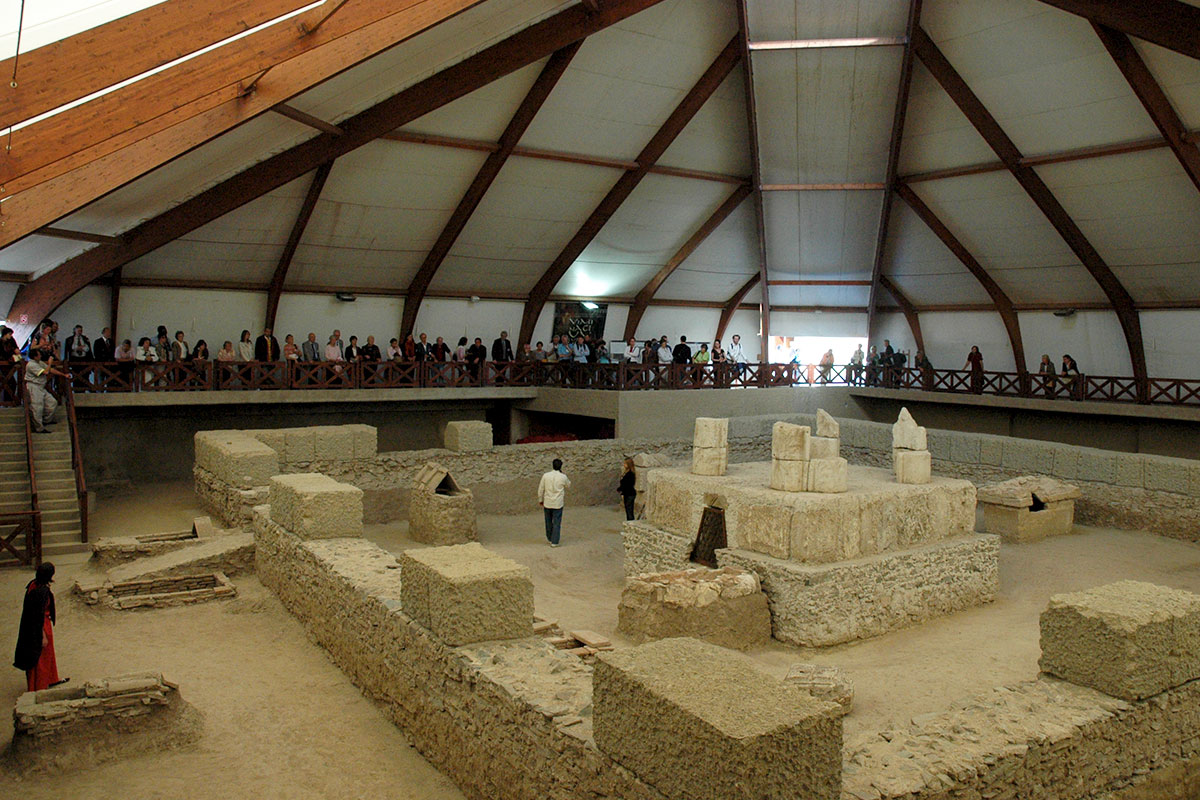 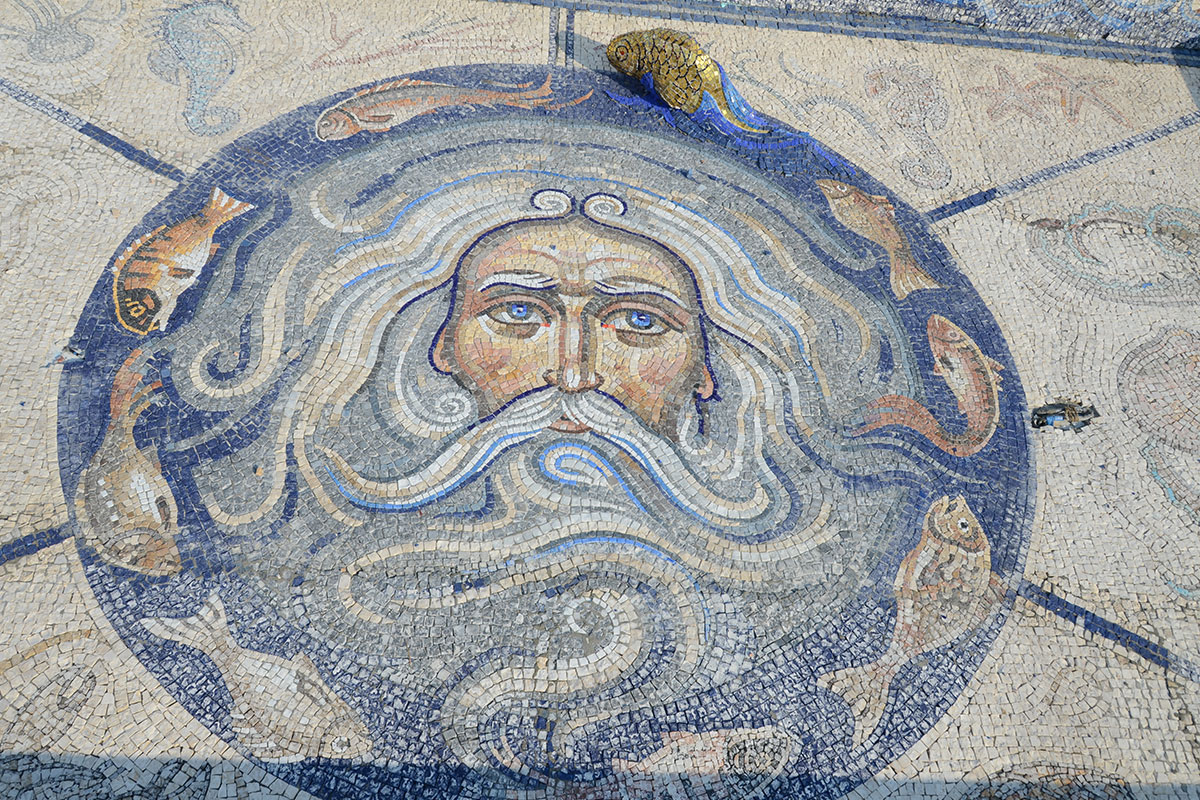 Finding frescoes in the Mausoleum was a real sensation, but it appears that the capital of the Province of the Upper Moesia is an inexhaustible source of surprising findings…

There are no frescoes like these in Paris, or in London, or in New York… The frescoes from the tombs of the Mausoleum are the most beautiful frescoes of the Late Antiquity from throughout the Roman Empire. They were painted by a painter equal to Vermeer, Raphael, Da Vinci. Amongst numerous amazing findings, there are also a lead sarcophagus with a presentation of a cross and a bronze needle with a presentation of a pigeon, which is a classical Christian iconographical scheme. We mustn’t forget that many roads from the Near East passed exactly through the Moravian-Vardar Valley or along the Danube, and the research studies tell us that Christians and pagans lived together. Giving a shape to Early Christianity and all the things of crucial importance for civilization took place exactly in our space – in Viminacium, Naisus, Syrmium. For that reason, I’m convinced that Viminacium will be the most significant world and European site in, say, forty to fifty years. For what? Not for its walls and preserved constructions, but for the information it will provide us with. Civilization does not always move linearly; it may go up and down from time to time. Archaeology on its part deciphers the past so that we could survive in both the present and the future. Just one more thing, as many as 18 Roman emperors were born on our soil. The territory of today’s Serbia used to be extremely important. We were great, we survived, and we will be great, irrespective of the territory we have control of.

You’ve recently excavated two wooden boats (monoxyls) and a ship. Apart from knowledge and a craftsman’s skill, is it needed to be lucky as well?

I remember a film, not especially interesting so to say, in which I remembered one scene – the hero complains to his collocutor that luck always circumvents him, and the other says: luck goes past all of us, we only need to be watchful and quickly open the door to it when it comes. Speaking about archaeology, it is a science of sensations only at the end, such sensations having been preceded by tens and tens of years of work with fragments of objects, fragments of time. Professor Srejović, who was reputed as an archaeologist of a “good luck”, discovered Lepenski Vir, the arched vault Felix Romuliana, the golden necklace of Šarkamen,… He was lucky because he was watchful, and he was watchful because he had a wish to learn and discover. 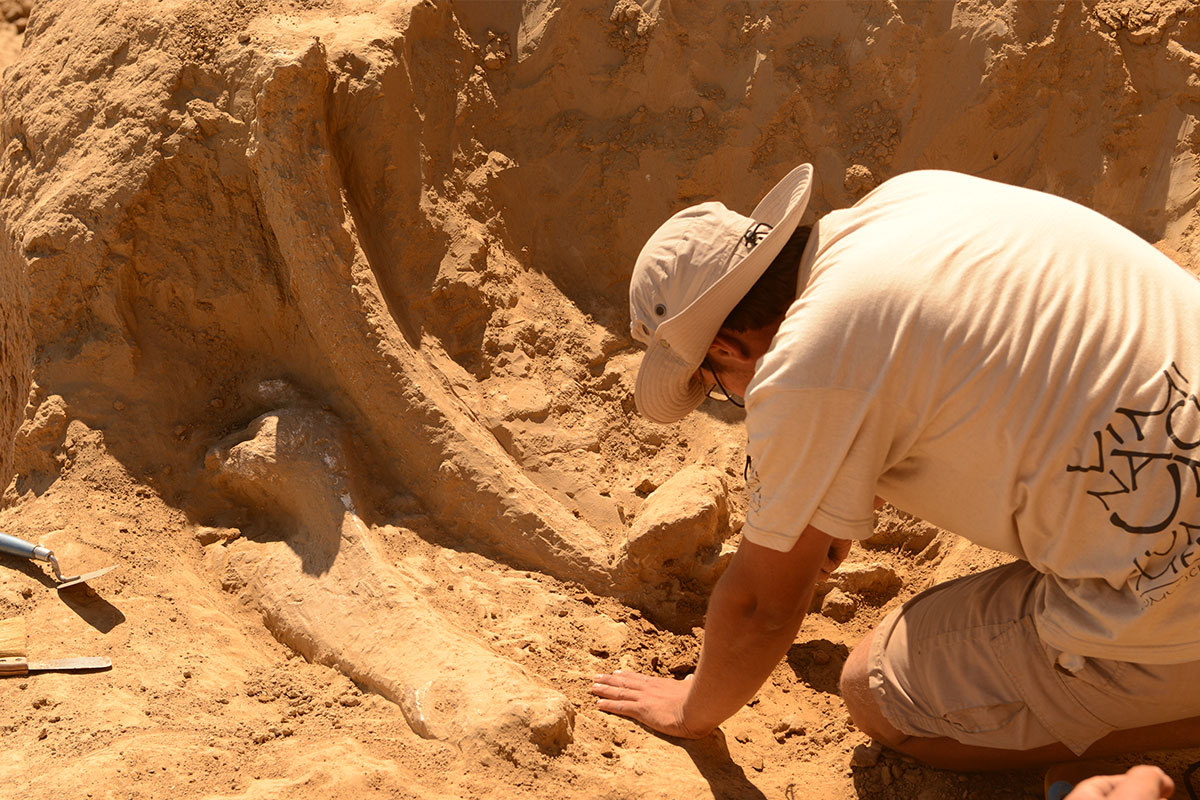 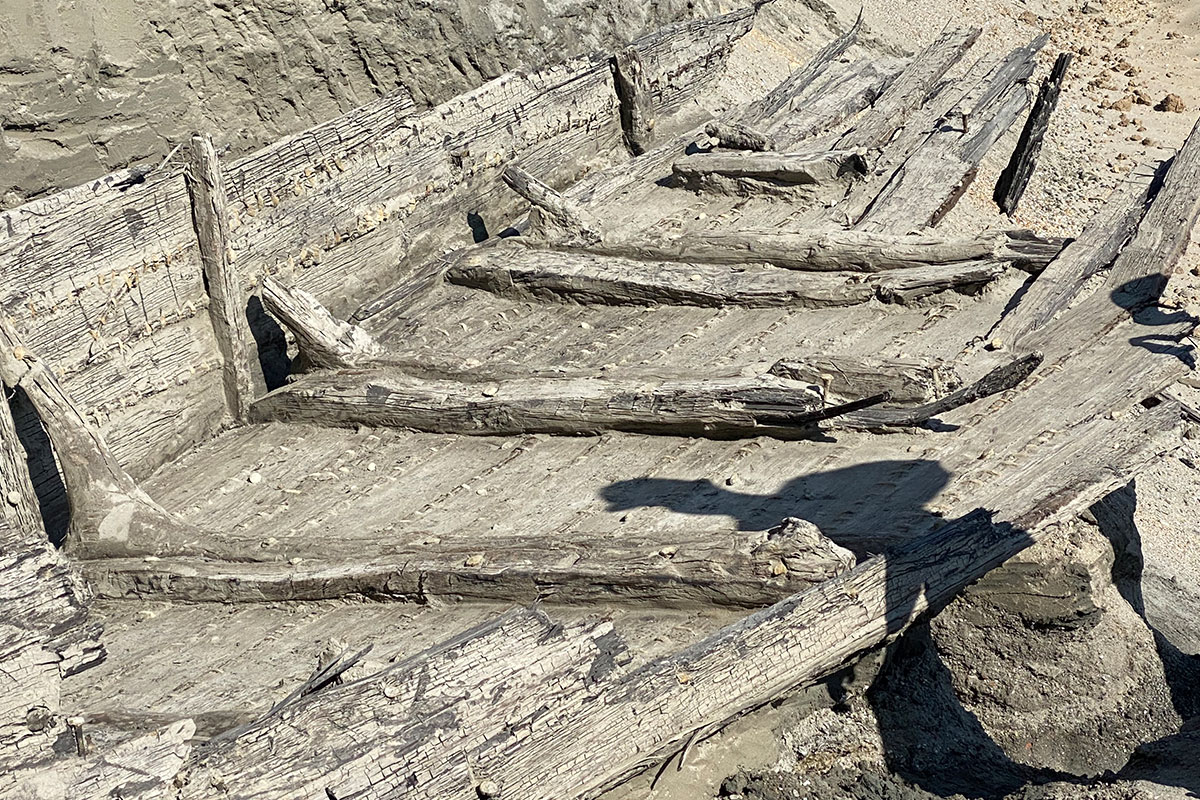 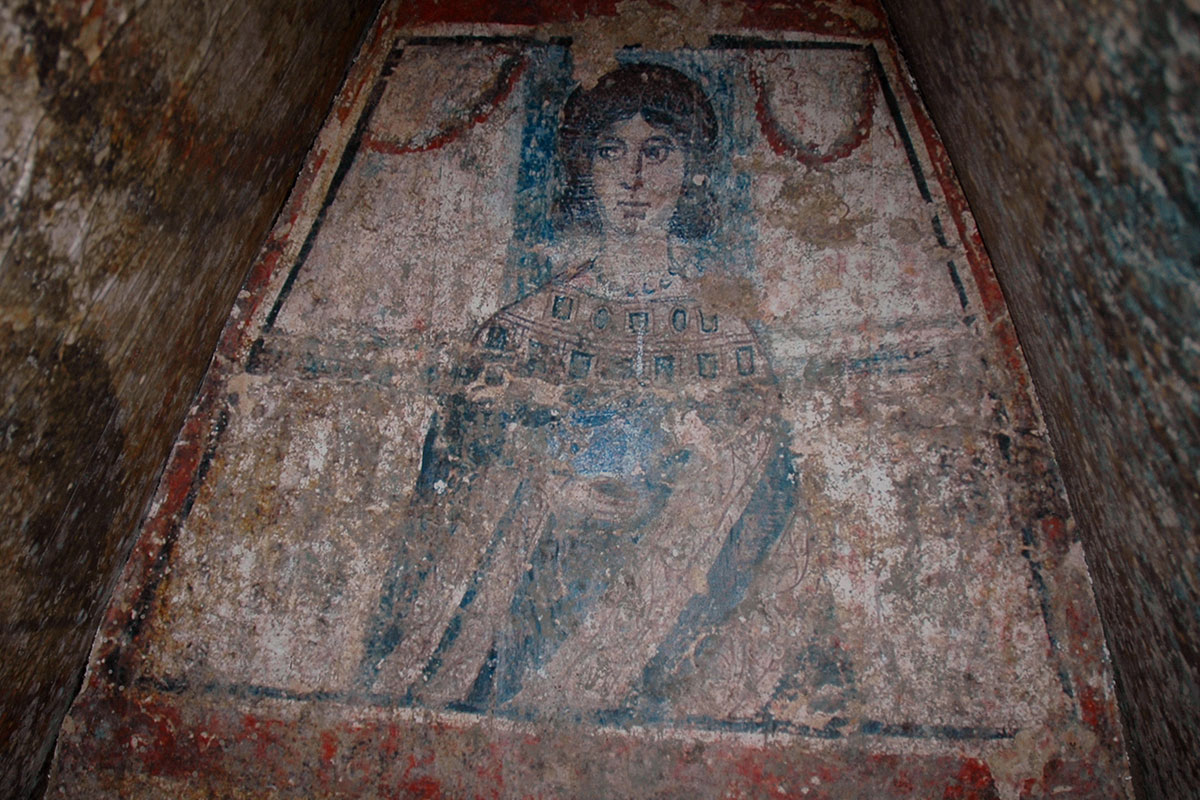 The Domus is a replica of a Roman Villa rustica, which were found on the slopes of the city. It’s the culmination of our unique tourist offer. At the same time, it’s also an attraction for visitors, a scientific center, a depo, and a museum-exhibition space. Our geophysicists and electrical engineers dealing with satellite navigation have enabled us to exactly locate every construction. Based on that, professor Petrović made a big scale model of Viminacium, which is one of the “delicacies” of our exhibition setting, together with the exhibition of the busts of the emperors born on our soil. Within the complex of the villa, there is also a replica of a bath, which professor Miroslav Lazović decorates with mosaics.

You say that the European Union is an endeavor in its infancy in relation to the Roman Empire.

A free exchange of people, goods, and ideas is not a European maxim – it’s rather Roman. In the Roman Empire, there was a network of roads 270 thousand miles in length. On the example of Viminacium, where about 30 thousand inhabitants lived, which is an equivalent to today’s Belgrade, eight of ten population categories did not originate from these spaces. It was the Empire of migrations, which lasted for a thousand years.

The thesis you advocate is that archaeology is a science which can respond to the challenges of the future.

You see what Corona has done to us – that tiny little cell, which has wiped off what we imply when we say civilization. When man has come to the crossroads like this one, he should start contemplating. For example, we believe prehistorical man was primitive, but he only spent two hours of his time on satisfying his basic needs. All the other time was his leisure time – to socialize with others, rest, copulate… Today, people work even five times as much and don’t have what is the most important. Which one has made greater progress? We’ve spoken about luck, but to have money is also a dangerous thing because it takes your time, and leisure may be exactly the ingredient of life that opens a path to harmony to us.

In order for the Archaeological Park to really activate all human senses, it also has its carefully devised culinary program. The menu of the Roman table of Viminacium is based upon Apici’s work Culina Romana, in which he described the meals prepared throughout the Empire. In Viminacium, you can taste unleavened bread, which is baked on a bay leaf, dates cooked in honey, gladiators’ broth with lentils and various vegetables, and wine, of course.