Home » Love as an eternal inspiration
Previous Next

An interview: Pero Zubac – a writer

One cannot prepare oneself sufficiently for an interview with Pero Zubac… One should read thousands of pages of poetry, essays, criticisms, dramatic texts, articles, columns and feuilletons in order to perceive all his wisdom and warmth.

He, who is able to make every soul awake, has been publishing his poems ever since his high-school days; he is still writing. He has had a brilliant career as a journalist and a television career as well. As the author and editor of the Public Broadcasting Service of Novi Sad, he has realized more than four hundred scenarios for documentary, musical and art shows, as well as children’s and young people’s shows. That is yet not all that could be said about his fruitful creative endeavors. However, Pero Zubac should not be analyzed, but rather read and, if there is an occasion, listened to. When talking with him, one cannot escape talking about love.

Half a century ago, you wrote a “poem above all poems”, “The Rains of Mostar Town”, a love saga that has made generations and generations of young people deeply suffer, whereas even today those in love pay court to those they are in love with or admire by reciting your verses. There is not one single person who does not know the first verses of the poem at least:

Poetry is powerful. Man necessitates it like the air, like bread, like love. ‘The Rains of Mostar Town’ were published in the Zagreb journal of ‘Telegram’ in 1965, and immediately became a hit, as we call it today. I wrote the verses one night in Novi Sad, in one breath! Those are my memories of Herzegovina, where I had grown up, of the beautiful town of Mostar, and my reminiscences of the four girls. ‘Some girl by the name of Svetlana’ was unknown to me. The poem was actually inspired by the four girls from the four different towns and cities. One of them, Dragana, who was from Novi Sad and who I had met during my student days, became my wife.
The famous writers and actors who were inspiringly reciting the poem at poets’ nights and in television shows greatly contributed to such a big popularity of ‘The Rains’, and it was recorded on gramophone records; today, however, it can be found displayed on numerous websites on the Internet. It has been translated into the largest number of the European languages, whereas in Russia, the poem was published in a magazine published in the printing run of almost 20 million copies. How can one explain the lasting of the poem for such a long period of time? Like ‘an unrepeatable scream of our young days’, as Milan Komnenić described? Can everyone find part of themselves in the poem or, as Komnenić said, “The Rains” are ‘an unrepeatable scream of our young days’.

You have received significant awards for the verses you have written, your verses have been published in ten-or-so foreign anthologies and about fifty anthologies of Yugoslav poetry and children’s poetry…all the said, of course, is not just for the reason of one single poem…

I remember the year 1972, when (at the age of 27) I was supposed to be delivered the “Goranov vijenac” award, which was the highest poets’ award in Yugoslavia then, I was wondering how I would appear before all those literary giants sitting at the hall – Desanka Maksimović, Mira Alečković, Duško Trifunović, Mika Antić, Ćopić, Cesarić, Kaštelan… Apart from ‘The Rains of Mostar Town’, I have also published other poems, but I used to consider that each one of them deserved to be awarded before this one. Matija Bećković explained that to me in this way: ‘That’s all right; you just scored a goal as soon as you got on the pitch’ (laughing). I was nicely accepted by writers as one of their own. I hope I have justified their trust. I have published more than one hundred books, have written love and patriotic poems, children’s poems… I have written essays, dramas, anthologies… I have done translations… 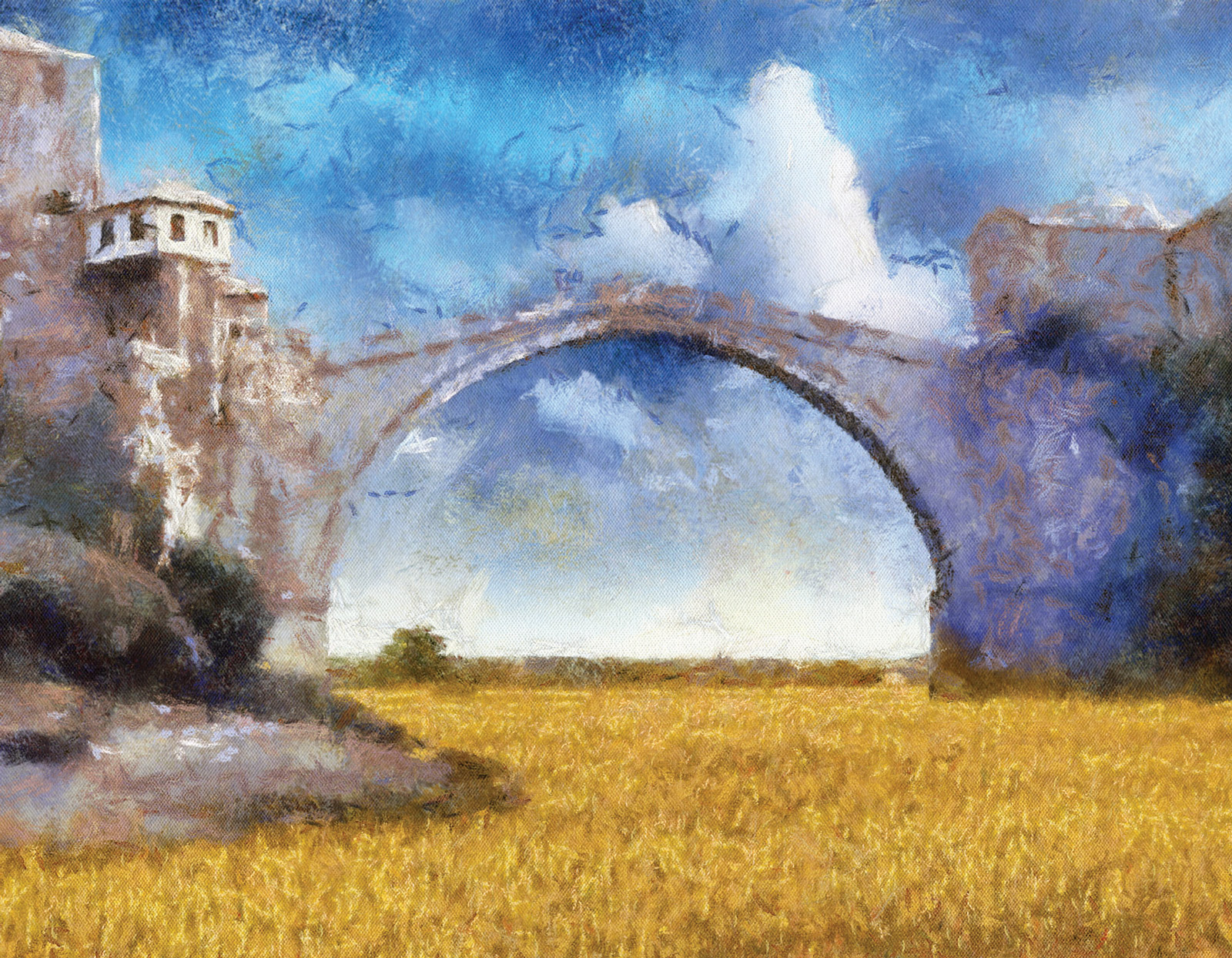 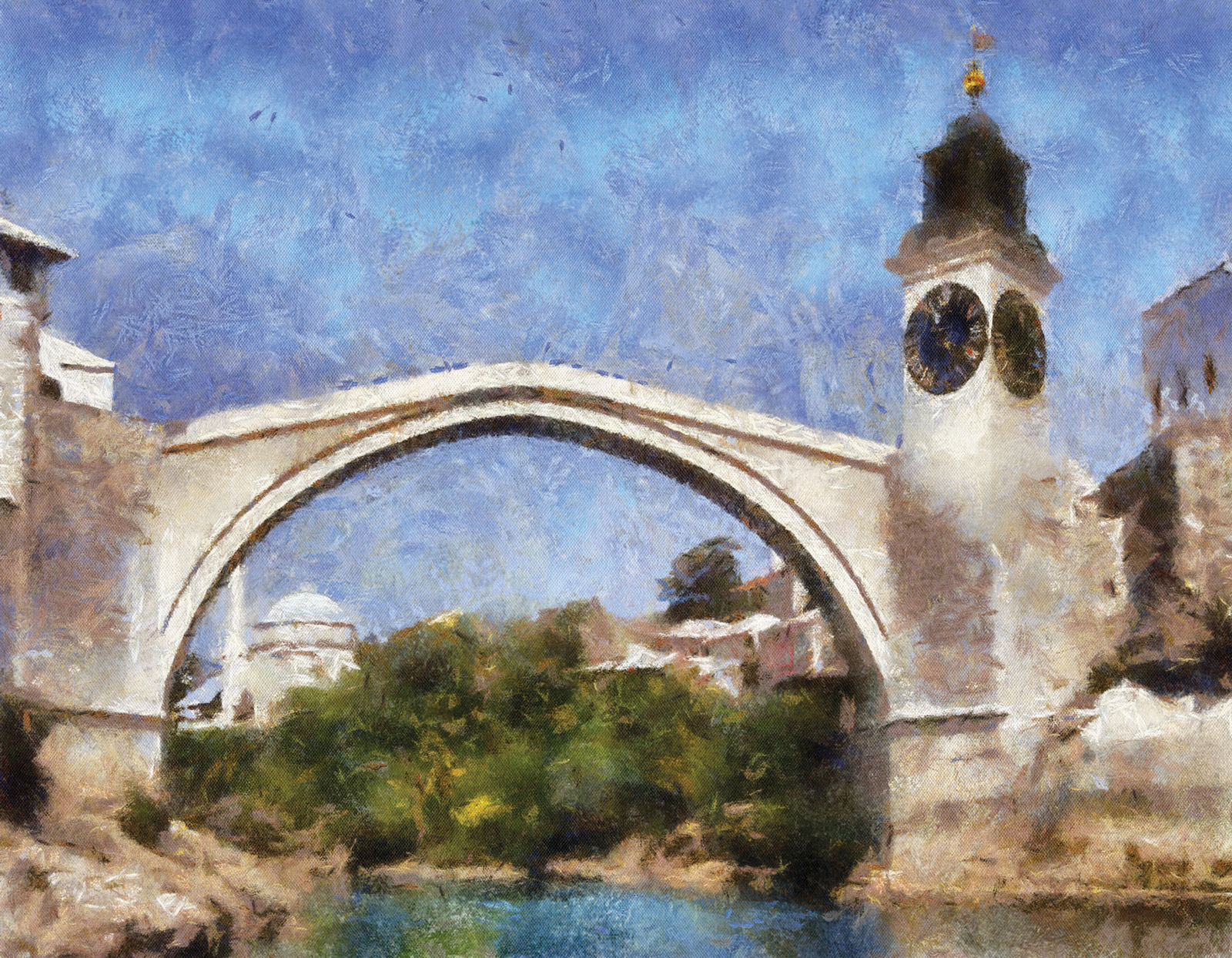 Someone wrote once that “Pero also implies yet another reference – the one to a feather quill (the word Pero i.e. pero can also be pronounced with a short vowel /e/, and then it means a feather), whose task is to make a record of other people’s traces”. You are also known to have dedicated a lot of time to doing research in the life of Lenka Dundjerski. You have published a lyrical study and written the scenario for the film entitled “The Time of the Dundjerski Family”, and the libretto for the opera entitled “Lenka Dundjerska”.

While I was still at school, I wondered who the girl who had inspired the poet to write ‘Santa Maria della Salute’, one of the most beautiful love poems not only in Serbian literature, had been. Lenka Dundjerski (1870-1895), who Laza Kostić dedicated this magnificent poem to, had been neglected in the studies. She was known to have been born to a reputed and rich family, whereas the preserved photographs testified of her beauty. That was almost all. I thought Lenka had been a person of special qualities and style, which I confirmed in my book. I came to know that she had been a very well-educated person, knowledgeable of foreign languages; she had written poems, she had drawn, played the piano and sung extremely nicely… The book’s going to preserve a memory of her, now that there is no monument or a fountain in Novi Sad dedicated to her, either. At the same time, the story about Lenka depicts an era, the bourgeois Vojvodina of the 19th century, and the time of exceptional people – Jovan Djordjević, Zmaj, Lazar Kostić… I also wanted my book to, in a sort of way, express my gratitude to the great benefactors of the Serbian nation – the Dundjerski family. I was also lucky to have an opportunity to speak with Teodor Dundjerski-Djurić, the grandson of Lenka’s youngest brother Gedeon, about numerous details from Lenka’s life.

“Santa Maria Della Salute” is a poem about a great and tragic love?

All is woven into this poem – love, rapture, a sob, repentance… Let’s read this one stanza only:

Then my secret nymph stood there at my side.
Oh, such a sight had my eyes ne’er seen!
From the black darkness, a poem in her pride,
Broke dawn’s glory in a dazzling sheen,
Healed in an instant all my wounds beside,
Yet left a deeper wound, a sharper pain.
Now how could I bear this joy in my breast,
Dear, Maria della Salute, so Blessed?

I believe Lenka loved the poet with the very same force he loved her. She rejected all wooers, and according to one record made by Laza, she said that if she had to choose one, he would have to resemble him. She had been showing her appreciation for his verses even before she met him, who was still a nice-looking man even at the age of 50. It seems to me that the poet became afraid of her affection… in his verses, he says: ’now my heart’s every wish was there to glean, Sorrows and sweetness, gall and fresh spice’, and love consists of rises and demises (sometimes as sweet as honey and sometimes wretched), and that he ran away – first, he found his shelter at the monastery of Krušedol, and then married Julija Palanački, to whom he had been bound in a pledge of marriage for some time then. While being on his wedding journey in Venice, the news came to him that Lenka had died. She was 25 years old. He probably ‘started writing’ in front of the Venetian church of Santa Maria Della Salute. He published the poem 14 years later, namely one year before his own death (1910). In my opinion, one part of the poem speaks a lot about Laza and Lenka and their love.

…My mind consticed, compressed my own heart;
I fled its pleasures, mad in my flight.
Oh, how I fled, so hurt at the start.

Can a man write a poem when he is happily in love?

Yes. I wrote a lot of my poems at the moments of happiness (as Rakić would say). It happens that I am being quiet for a long time only to suddenly, in a rush, write half of a book. I don’t write because I want to, but rather because I have to. Is this enough for an interview? Would you like a juice to drink? Would you like me to read a new poem to you?