Novi Sad, city candidate for the European Capital of Culture 2021, rests its candidacy on the tradition of institutions including Matica Srpska, within which the Gallery of Matica Srpska occupies a special place. One of the itineraries follows the story of Biedermeier-Nazarene painting, whose most significant representative of Novi Sad is the artist Pavle Simić.

Visitors of Novi Sad who want to learn about Serbian ecclesiastical art of the 18th century, but do not have time to visit the monasteriesof Fruška Gora, can learn about the legacy of post-Byzantine tradition, traditional painting and graphics and experience the colorites of the early, high and late Baroque in the Matica Srpska Gallery. The setting of the 19th century presents the Serbian painting neoclassicism, Biedermeier and romanticism, academicism, realism, symbolism, while the setting of the 20th century presents the Serbian painting from 1900 to 1941. On display are the works authored by Dimitrije Bačević, Stefana Tenecki, Teodor Ilić Češljar, Teodor Kračun, Arsenije Teodorović, Konstantin Danil, Katarina Ivanović, Novak Radonić, Pavle Simić, Đura Jakšić, Paja Jovanović, Uroš Predić, Stevan Aleksić, Danica Jovanović, Sava Šumanović, Milan Konjović, Stojan Aralica and others.

Modern travellers are more likely to visit Novi Sad by moving within the corridors bordered by the streets and areas in which  lived the heroes of Tišma’s and Kiš’ novels, or those delimited by the builders of secessionist, more often Bauhaus buildings. One such itinerary begins with the story of Biedermeier-Nazarene painting, whose most significant representative in the Serbian painting is the artist from Novi Sad Pavle Simić (1818- 1876). Simić studied the idea and practice of Nazarene painting during his studies at the Vienna Academy of Fine Arts, and his distinctive features are in the choice of religious themes embodied through warm colours, quite in the manner of an idyllic sentiment. Pavle Simić enriched his authentic artistic expression while he was in Pozsony (today’s Bratislava) and Rome. A collection of prints created in western Europe from the late 16th to mid-19th century reminds of this period. It was only recently presented to the public at the Gallery of Matica Srpska.
The middle class of Vienna and Budapest, the cities that were the centres of political, economic and cultural power of the Habsburg monarchy in the early 19th century, dictated the need to encourage religious sentiment in painting, while not abandoning naturalistic, yet warm colour expression. Taking over this style, Pavle Simić supplemented his own art form through thematic traditional, Orthodox heritage. Visitors of Novi Sad who follow the trace of the Biedermeier-Nazarene style created in Vienna are directly faced with the iconostasis at Nikolajevska Church in Novi Sad and a collection of Simić’s paintings in the Gallery of Matica Srpska. The works kept at the Gallery of Matica Srpska include the painting of the Serbian National Assembly on 1 May 1848, which represents one of the most important events in the history of the Serbs of the Habsburg monarchy – the proclamation of the Serbian Vojvodina. 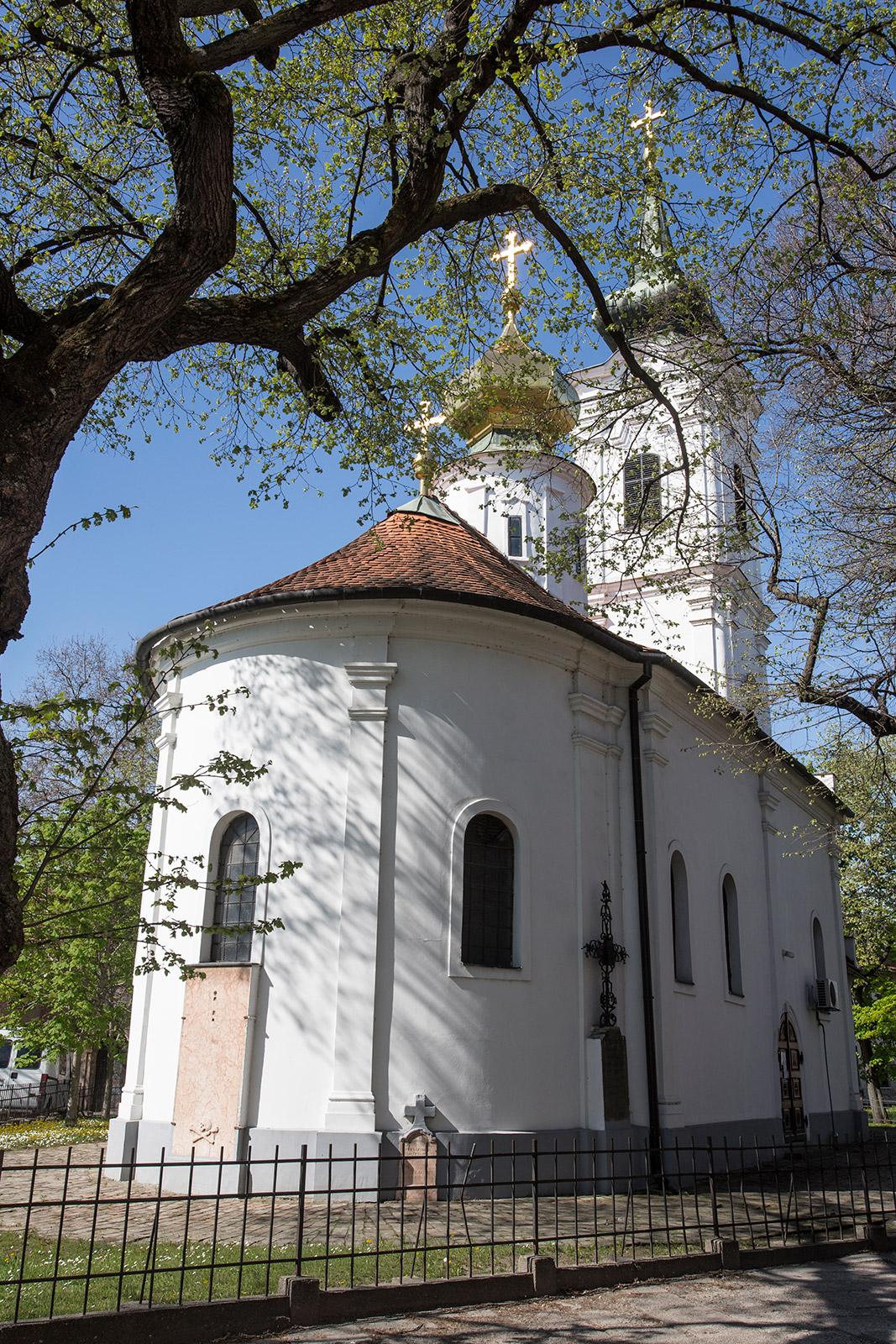 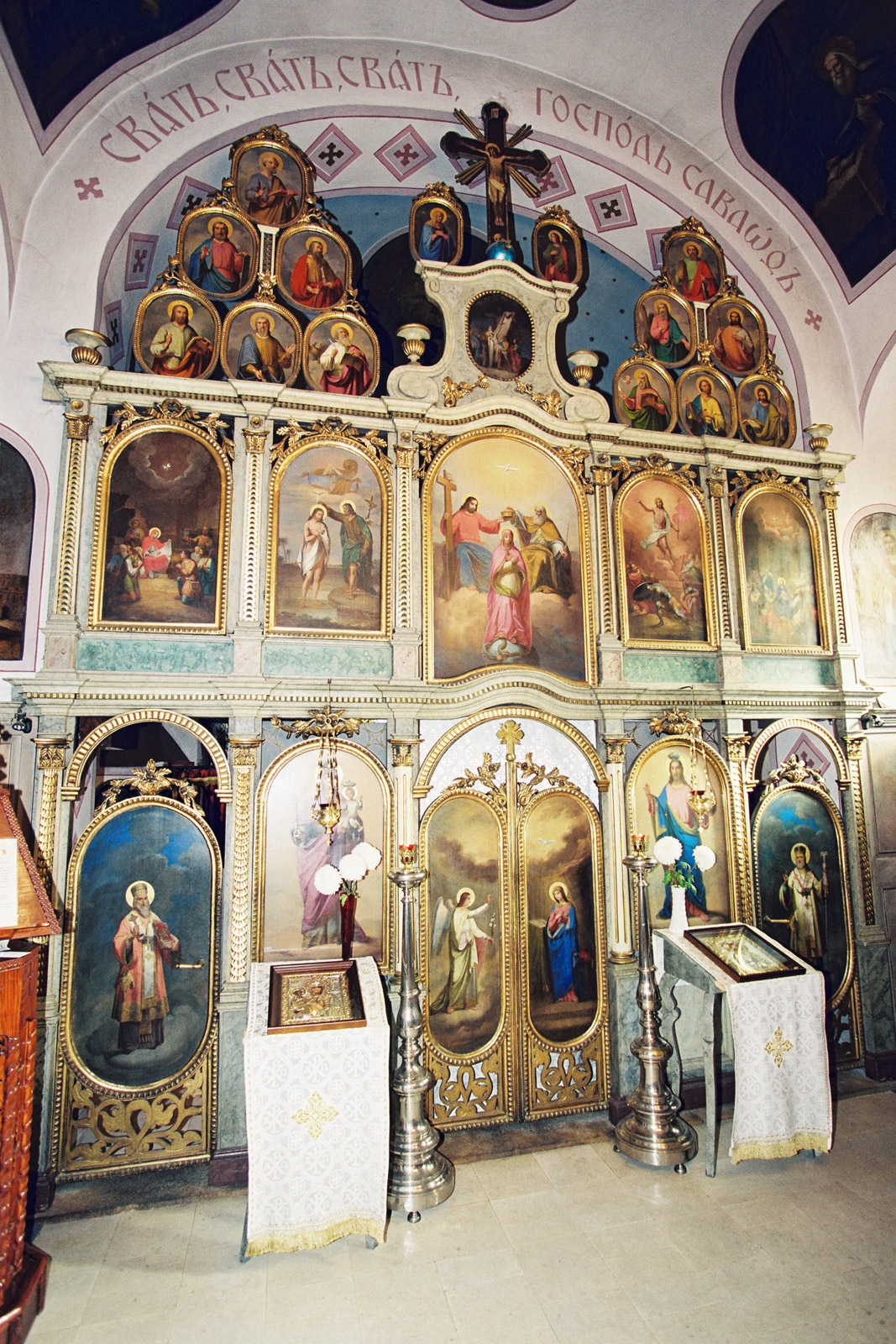 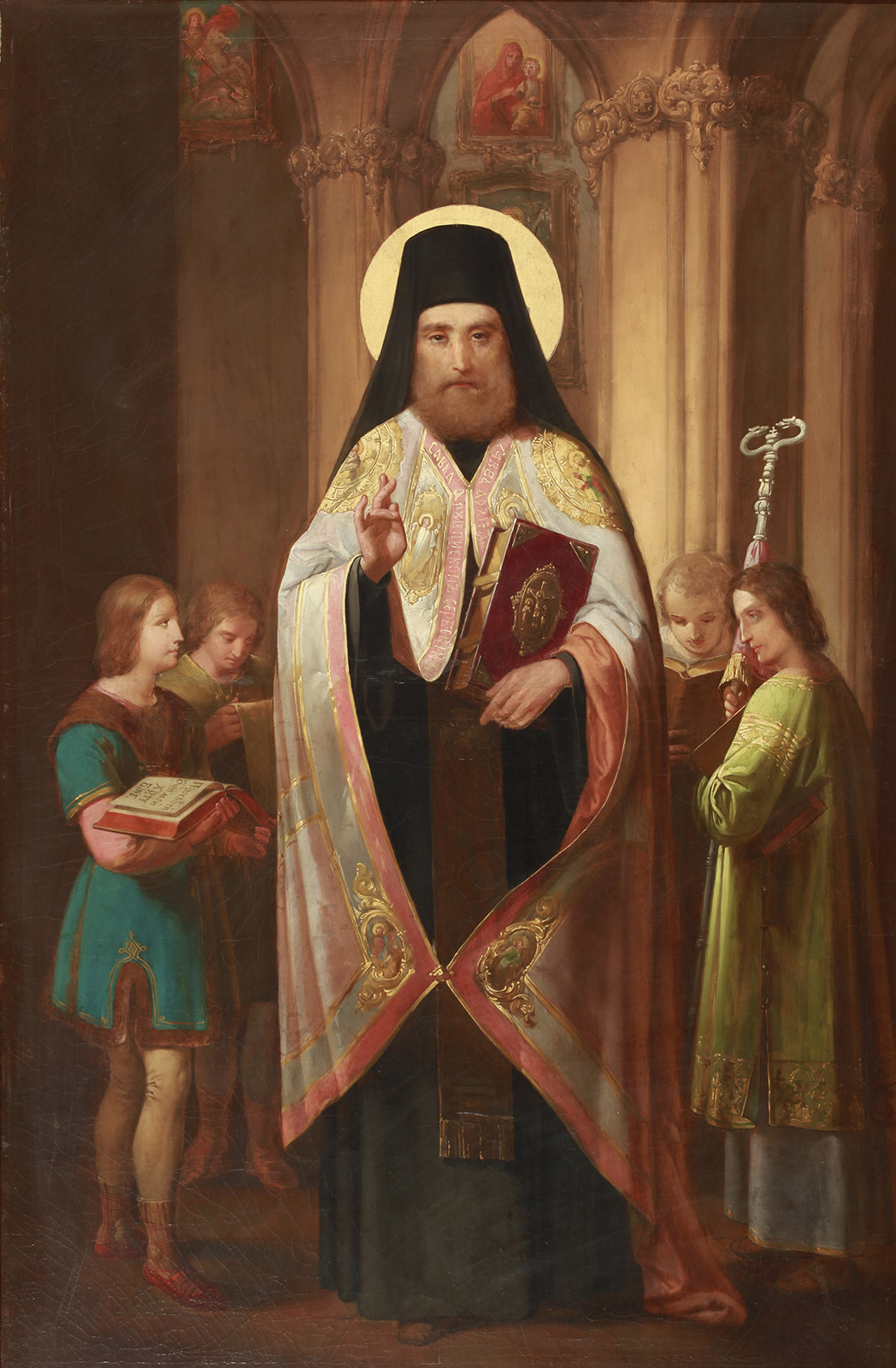 The fate of a painter was not a certain project back in those times, and painters were, as it is the case today too, somewhere in the zone of uncertainty, even poverty. The fate of Pavle Simić saw some happy years thanks to the jobs that he occasionally got, but even more due to his marriage to Elizabeta, the daughter of Novi Sad’s mayor, and also a lawyer, Grigorije Jovšić. The period of success was marked by the construction of the Simić family house, which still stands at Temerinska 21. The painter’s daughter Mileva Simić (1859-1946) grew up there. Having completed the Teacher’s School with honours, at the age of fifteen, she got a job as a teacher at the Girls’ College in Novi Sad. At the time of her pedagogical phase, she was a prominent member of the Charitable Cooperative of Serb Women of Novi Sad.  Mileva Simić lived at Grčkoškolska 10. This once used to be a street where some of the most respected citizens of Novi Sad lived, including some of the city’s mayors.
In addition to the pedagogical work to which she was very dedicated, given the fact that she had never got married, Mileva Simić would enter the Serbian cultural history also as a writer and a collector of female folk songs (including lewd ones), but also as a translator of stories authored by the famous Hungarian writer Mór Jókai, who until the First World War had had his street in Novi Sad.
As kingdoms and states replaced one another in less than a century, the world of the Simićs and the Natoševićs from this story moved into history, galleries, books and icons, and some of that world ended up in oblivion, while some of it remained a fragment of memory imprinted in the area bounded by corridors of stories of Temerinska and Grčkoškolska Streets.