In order to raise the competitiveness of the tourism offer of Niš, the Tourism Organization of this city incessantly promotes the destination in the country and in the region, and takes part in the organization of numerous events that place Niš on the world tourism map.

“At the 20th Tourism and Active Rest Fair held in Niš, the Tourism Organization of Niš initiated a meeting with the representatives of the local tourism organizations for the purpose of establishing the Southeastern Serbia tourism region. All members of the region would benefit from this association – including the creation of a tourist product at the regional level, a joint promotional campaign on the websites of the low-budget companies which are connected with European countries by direct flights, joint appearances at fairs in the country and in the region, the preparation of propaganda material, a possibility of applying for projects at the Ministry, as well as the EU funds. I proposed that, for the beginning, the seat of the region should be in Niš as the economic and tourism center of Southeastern Serbia. The meeting was attended by the representatives of the tourism organizations of Sokobanja, Bela Palanka, Vranje, Aleksinac, Leskovac, Knjaževac, Bujanovac, Bojnik, Medveđa, Negotin, Zaječar, and PE Stara Planina, while National Tourism Organization of Serbia also supported us in the efforts for the formation of the region. Apart from the present representatives, other tourism organizations in the region also showed their interest in it,” explains Uroš Parlić, director of the TO of Niš.

A new view of Sićevačka gorge

The Nišava River cut an imposing gorge in-between Suva Planina (Dry Mountain) and the Mountains of Svrljig, thus creating a paradise for the admirers of untouched nature, rafting, Alpinism, mountaineering and paragliding – and all this only 14 km away from the center of Niš. In this nature reserve, there are the monasteries of the Holy Mother of God and Venerable Parasceva the New , as well as the “Venerable Parasceva” Hydro-power plant, which has incessantly been operable ever since 1908, when it illuminated the first house in Niš. It was constructed based on the project of Nikola Tesla and Djordje Stanojević, and is part of the tourist tour “Following the Paths of Nikola Tesla”.
Dušan Smiljanić, the Association of the Rangers-Guardians of “Via Miliatris” Protected Goods, whose seat is in Sićevo, prepared a different offer. “I founded the Rangers’ Club with the aim of protecting Sićevačka Gorge and promoting active rest. We set ourselves a task to arrange the beach at Sićevo first, then the paths leading to the monasteries, and in cooperation with the competent services, to finally clean and signpost the Roman Road that once passed along the brim of the Gorge. During the summer, we’re going to organize trekking and mountaineering tours and a jeep safari. We’re well-equipped with vehicles, and our team are young and professional people. And enthusiasts, too. We plan to park a jeep in front of the Fortress of Niš, as an info-desk of its own kind, and thus attract all visitors who come to the city to get to know this natural treasure. They’ll have a chance to enjoy the beauties of the gorge from a bird’s eye view, and I believe that it will be one of their strongest impressions they’ll take with themselves when they leave Niš.”

Niš is also recognized as a city of festivals and events. During the summer, numerous music events are held, Nisville being certainly the most famous one. The concept of this festival is based on a fusion of jazz and the ethno-music of different parts of the world. That is why Nisville has a big role in the presentation of the Balkan music as a new music trend. The great performers of artistic music appeared in Niš – Šaban Bajramović, Solomon Burke, Tom Harrell, Richard Galliano, Benny Golson, Randy Brecker, Miroslav Vitous, John Patitucci, Candy Dulfer, Roy Hargrove, Sly & Robbie, Mingus Dynasty, Duško Gojković… At this year’s festival, Maceo Parker, Malina Maye, Bob Geldof, Vlatko Stefanovski, Jo Mersa Marley… will present themselves to the Niš audience – the excellent artists, and an excellent audience, as the performers themselves have said.

Nisville Jazz Festival is held in several locations in the Fortress from 2nd to 11th August.

Niš is simply a city of good vibes, so the fact that a large number of people from Niš came to the concert of a famous gospel ensemble, Ingramettes With Sherman Holmes, which was held at the amphitheater by the Nišava River on 25th May, does not surprise. This event was organized under the auspices of the Embassy of the USA in Serbia with the support of the TO of Niš. There was the same, great interest in the 6th International “Music Edict” Festival of Spiritual Choir Music, held on the Plateau of St. Sava in June. At the ceremonial closing of the Festival, which was also attended by the ambassadors of the Russian Federation and Mexico, a total of 200 performers from different countries of the world appeared together conducted by maestro Bojan Sudjić.
The “Film Encounters” Festival of Acting Achievements is organized on the Summer Stage of the Fortress of Niš from 24th to 30th August. 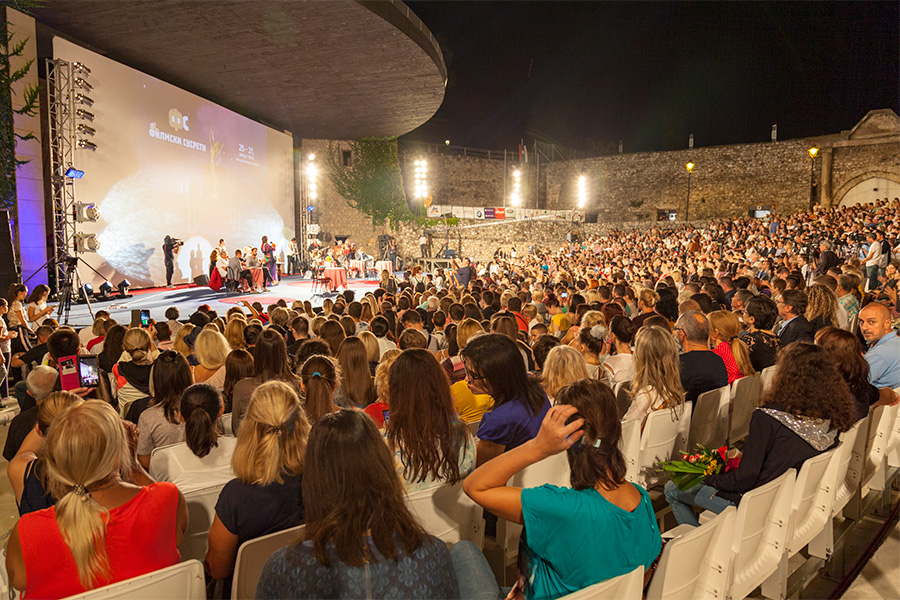 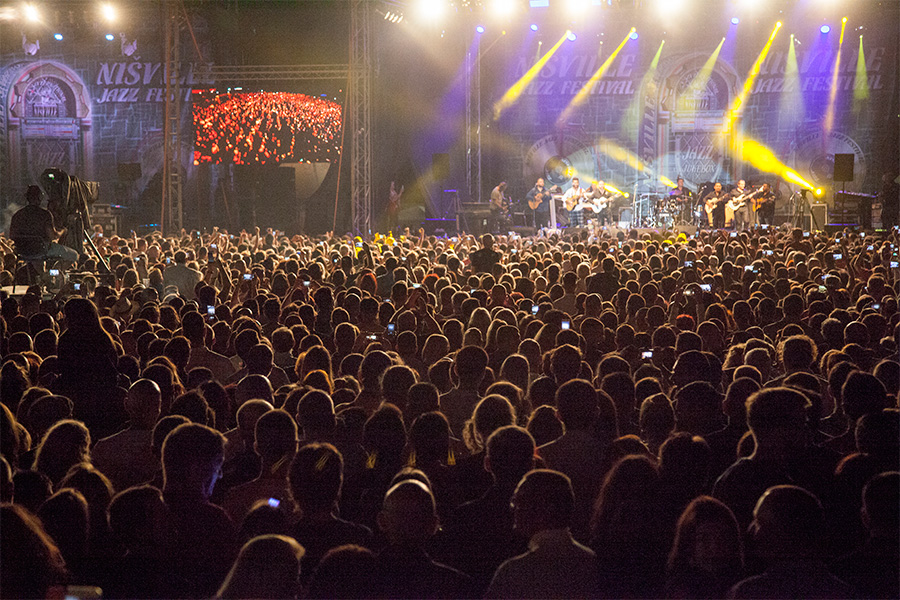 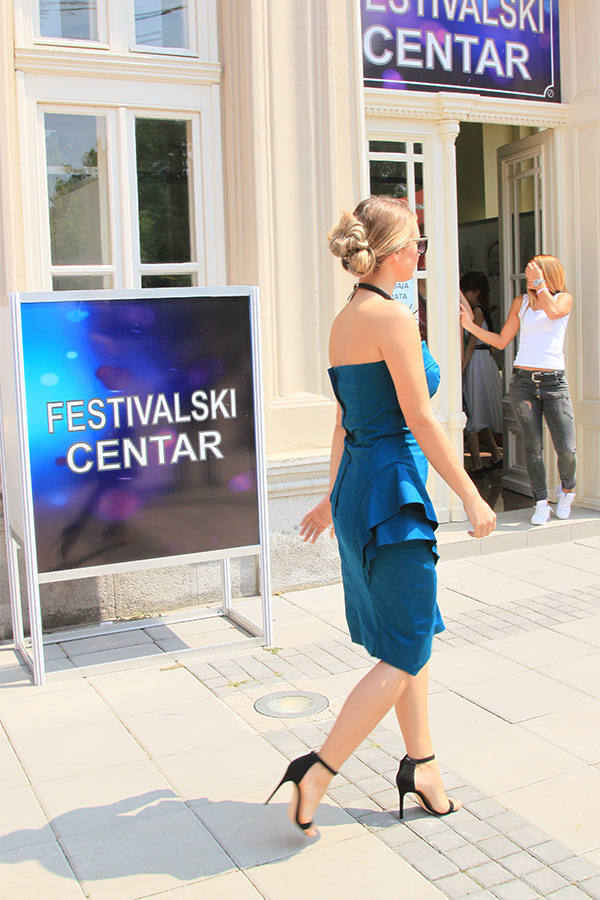 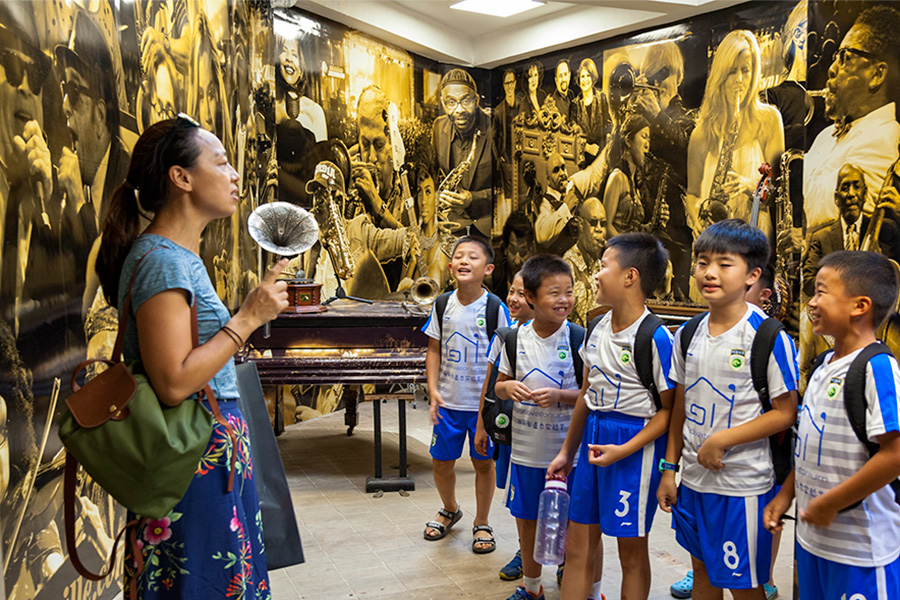 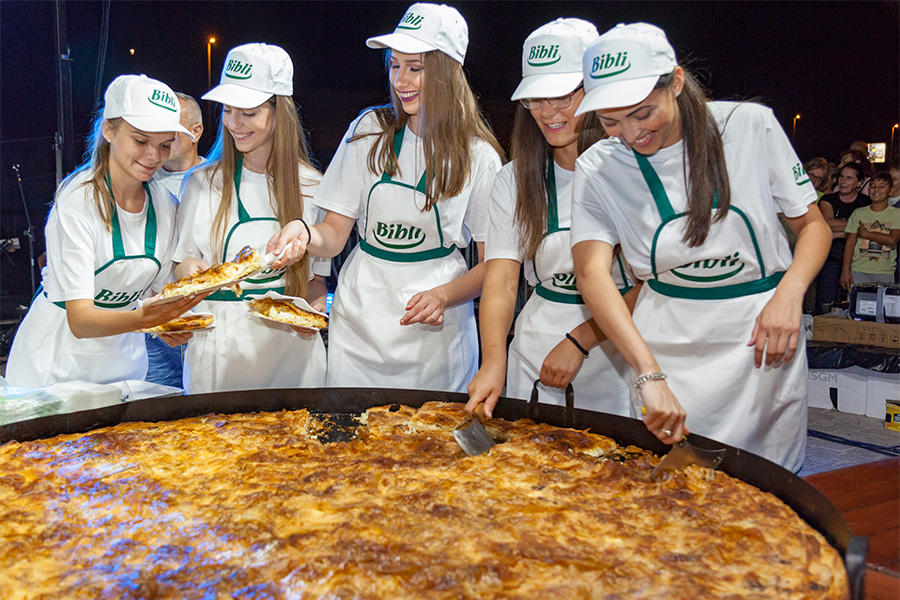 Niš – A city of relish

At the end of August, the Borek-pie Days Gastro-Event is held. “The richness of the Niš cuisine originates from its geographical position and the cultural diversity that has been created by the centuries-long impact of different cultures. When you say ‘Niš’, you immediately also come to think of the borek-pie of Niš, which has been prepared here since as early as 1498. This event promotes the ‘traditional breakfast of Niš’ which visitors to our city remember,” emphasizes the Tourism Organization of Niš.