The Birthday Exhibition of the Museum of Applied Arts

The Museum of Applied Arts celebrated its 69th birthday this year. Within the ceremonial celebration of the seventh decade of its existence, the exhibition “Fashion in Modern Serbia”, whose author is Draginja Maskareli, has also been opened.

History speaks in different ways. There are stories all around us, only if we are ready to discover them. By looking at the exhibits, reproductions and photographs at the exhibition “Fashion in Modern Serbia”, one does not only read the history of the fashion of an epoch, but also its comprehensive history. Every fashion object in the museum’s Collection of Textiles and Costumes belongs both to the personal and to the historical context, thus telling us a story of the birth of modern Serbia through details, cuts and materials.
We are presenting you a few stories from the exhibition, just to make you get a slight idea of what you may see if you pay a visit to the Museum of Applied Arts until 31st January 2020. If you may choose, then make it be on a Friday at 5:30 pm, because then you will be able to walk through the exhibition with guest guides – VIPs from the worlds of fashion, journalism, literature, theater…

Fashion Schisms of the 19th Century

At the very first steps of the exhibition, there are two prints totally different in the atmosphere they present, standing next to each other. The first shows the Uprising of Takovo in 1815 and a battle for the liberation of Serbia from the Turkish rule. On the other, there is a group of excursionists at the moments of leisure nearby Belgrade in, say, 1900. So, we can see what the citizens of Serbia did at the beginning of the century, and what they did at the end. We can also notice they are totally differently dressed. At the beginning of the 19th century, Serbia was part of the Ottoman culture, so Serbian leaders were dressed in that style, whereas at the end of the century Serbian citizens fully took over European fashion patterns. The exhibition exactly shows us how that transition happened. We can also see that the boundary is not sharp. The elements of the Ottoman costume remained for a long time in the Serbian national costume. The citizens of the liberated Serbia forgot that that was the Turkish costume. To them, it was the clothes once worn by the heroes of the uprising who had won their autonomy. 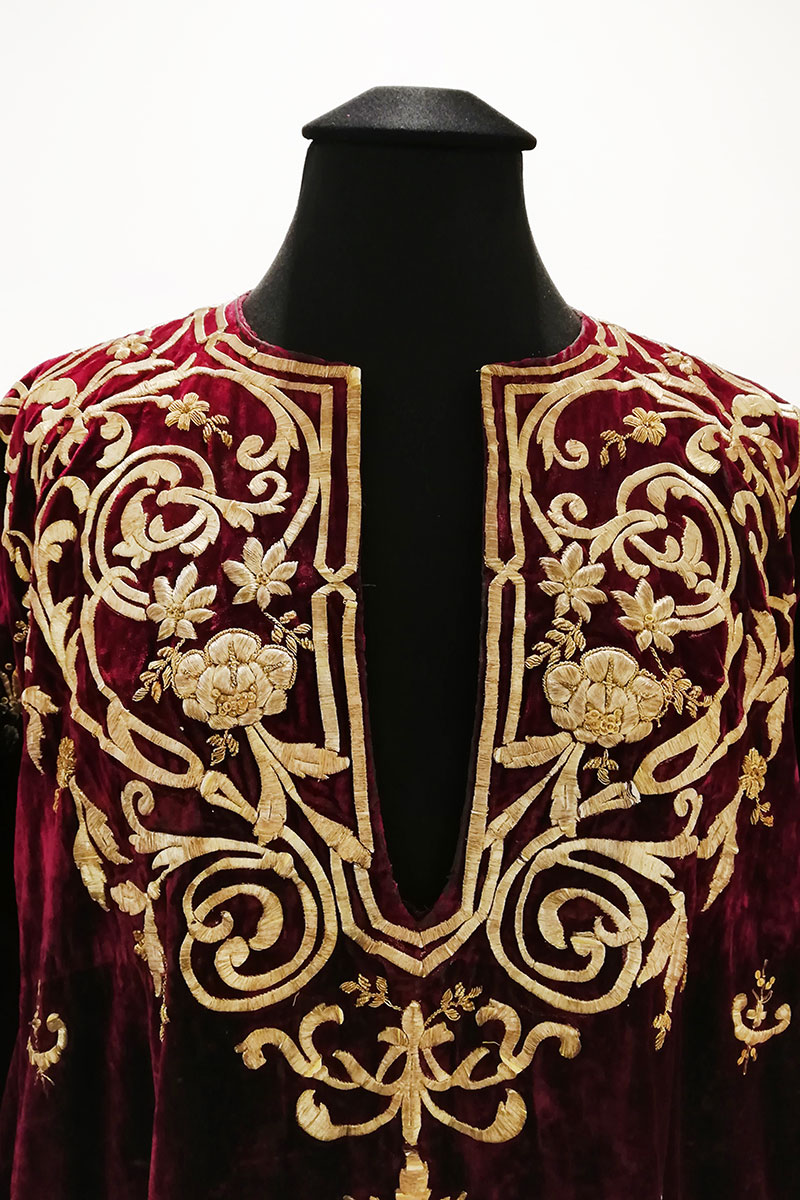 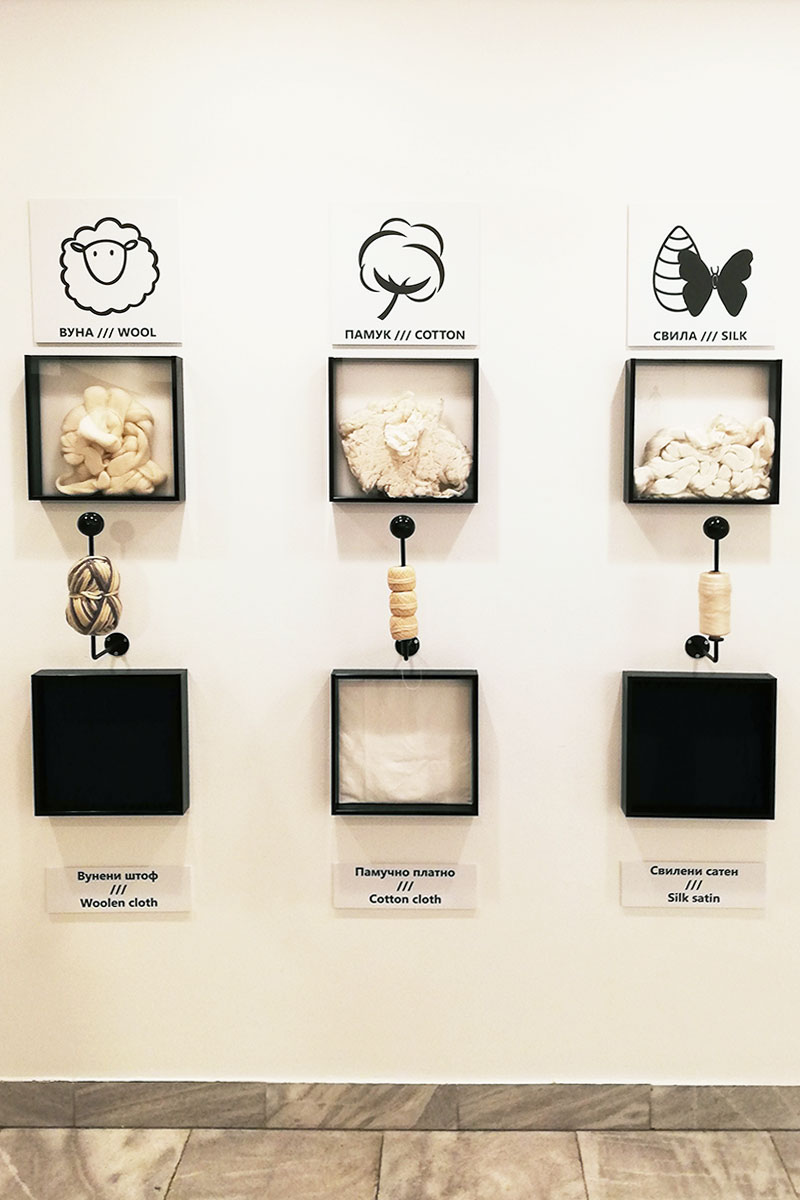 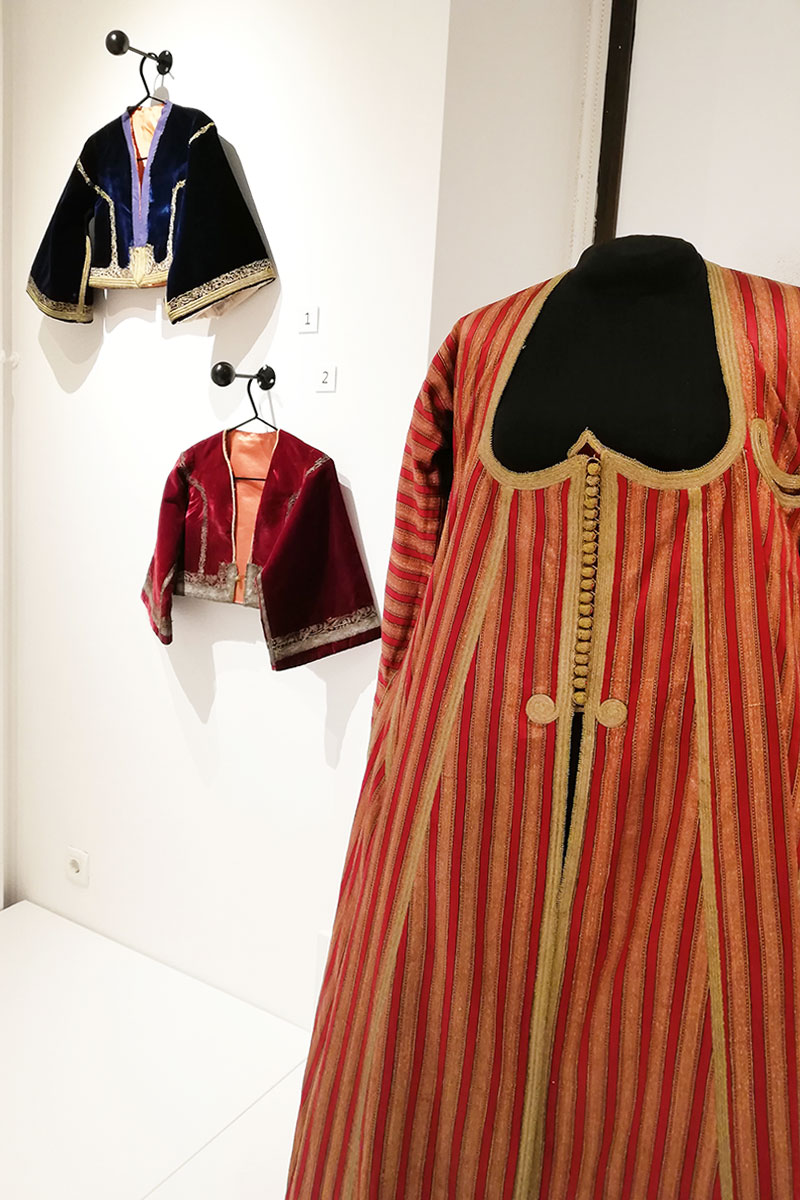 On touring the exhibition, halfway between the Ottoman and the European fashions, there is the “touch it” section. The museum fabrics are sensitive and preserved in special conditions; according to the authoress of the exhibition, the museum workers themselves make their best efforts to touch them as less frequently as possible. “But, since we knew it is very hard for one to resist touching fabrics, we devised this segment of the exhibition, where we can see and touch the basic natural materials used in the 19th and at the beginning of the 20th century,” explains Draginja Maskareli. The materials include silk, wool and cotton, shown through the three stages of their development – from a raw material to a fabric.

The second part of the exhibition is called “Modern Fashion” – the expression used by fashion theoreticians to describe the European trends of the second half of the 19th century – the period when haute couture houses started opening in Paris. It is exactly then that Serbia, too, obtained its autonomy, thus keeping pace with the era of “Modern fashion” by a combination of circumstances.
In the Museum of Applied Arts, there is one preserved original object of the Paris haute couture of 1909. It is the night dress that Elena Ristic, a granddaughter of politician and historian Jovan Ristic, wore at her engagement party. Elena was born and lived in Paris, and came to Belgrade after she had got married, taking with her her engagement dress, of which the Museum gained possession through her granddaughter Jelena Jovanovic, who gave it the dress as a gift.
The dress was sewn in the famous fashion house of Redfern, established in Great Britain at the end of the 19th century. The clients of Redfern, among others, also included numerous female members of the world of fashion and aristocracy. Queen Natalija, who was considered as the fashion icon of her time, also bought there. In the period between the two world wars, however, this fashion house began to fall into ruin and is completely forgotten today. 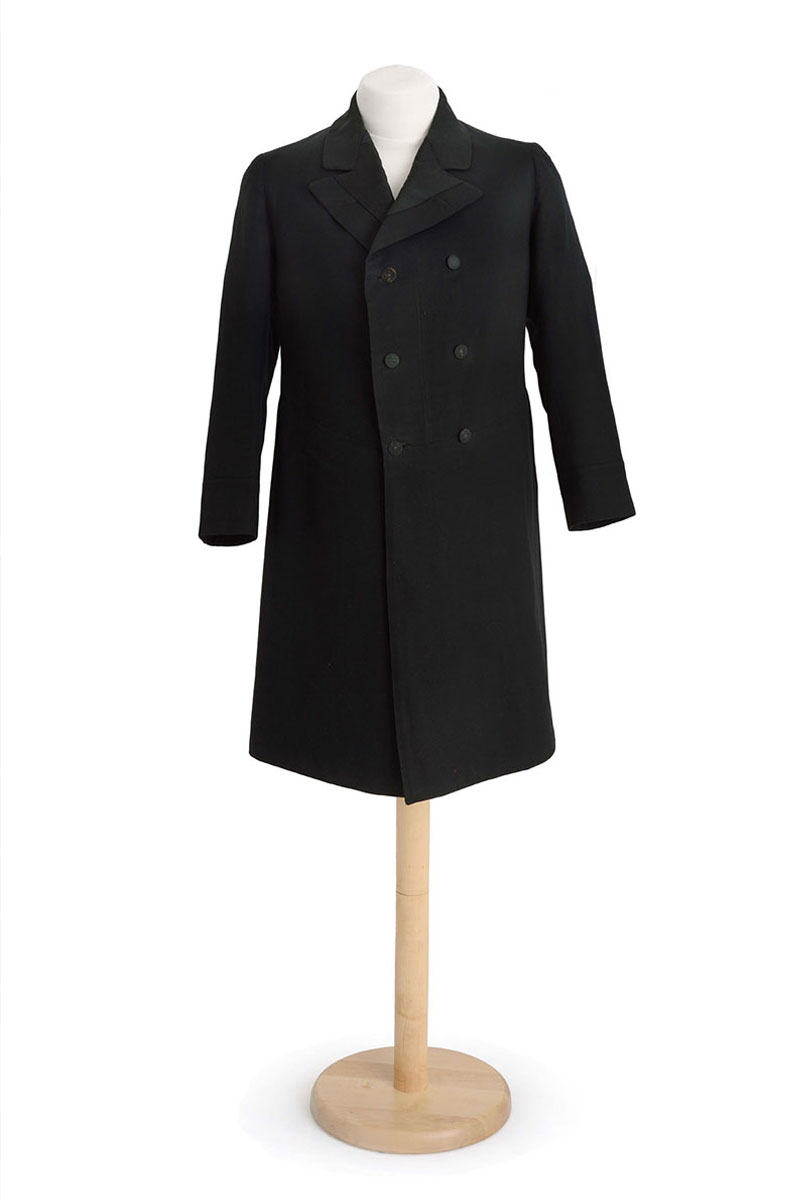 “When the traditional Ottoman costume is concerned, we cannot clothe a male or a female citizen from head to toe; what we can only do is show some elements of how they were dressed. In the modern fashion era, we can completely reconstruct how a person was dressed on a certain occasion,” tells us Draginja Maskareli, showing us Danica Paligoric’s wedding dress, worn at the wedding ceremony with infantry major Nikola Jorgovanovic in Nis in 1911. Apart from the wedding dress, the gloves, the shoes, the album with greeting cards, even the menu of the wedding lunch, are also preserved.
The wedding dress was made at the tailor shop of the famous Berta Alkalaj. At the end of the 19th century, there were no haute couture houses in Belgrade. To fetch an haute couture object, one had to go to Paris, Vienna, Pest, or at least across the river to Zemun and Pancevo. Domestic tailors happened to find themselves exposed to the competition, so they had to improve and broaden their assortments. Over time, they managed to meet the requests of the clients who wanted to become as close to the European examples as possible in the manner of clothing. Very quickly, excellent tailors appeared in Belgrade, Berta Alkalaj being one of them, too. Her tailor shop at Terazije was so much popular that Sreten Stojkovic wrote about it in his novel Getting off the Right Path. He describes the ardent zeal in Belgrade for Berta’s designs, saying that the women who could not schedule at Berta’s were saying to their female friends that they had their dresses sewn there, although that was not the case.

Disappearance of Color from Men’s Suits

To end this story, a bit of men’s fashion! It can be often heard that men do not care for clothing much. An interest in fashion, of course, is an individual matter in both men and women. There is, however, a historical explanation for the origin of that prejudice, which also refers us back in the 19th century.
The man’s suit in Serbia during the Ottoman epoch was brightly painted, ornamented with rich decorative embroidery and haberdashery. The same also works for European aristocratic fashion. Those were suits of lively colors, with decorative embroidery, lace-trimmed collars, jabots, and cuffs. Then there was the French Revolution of 1789, which took away aristocracy and its fashion. The new, simplified, dark-colored man’s suit of the 19th century was an expression of the new social value – equality, frugality, and diligence. Although it had originated from those principles, the men’s dressing of the 19th century did not, however, set the standards of classical men’s elegance for all times. 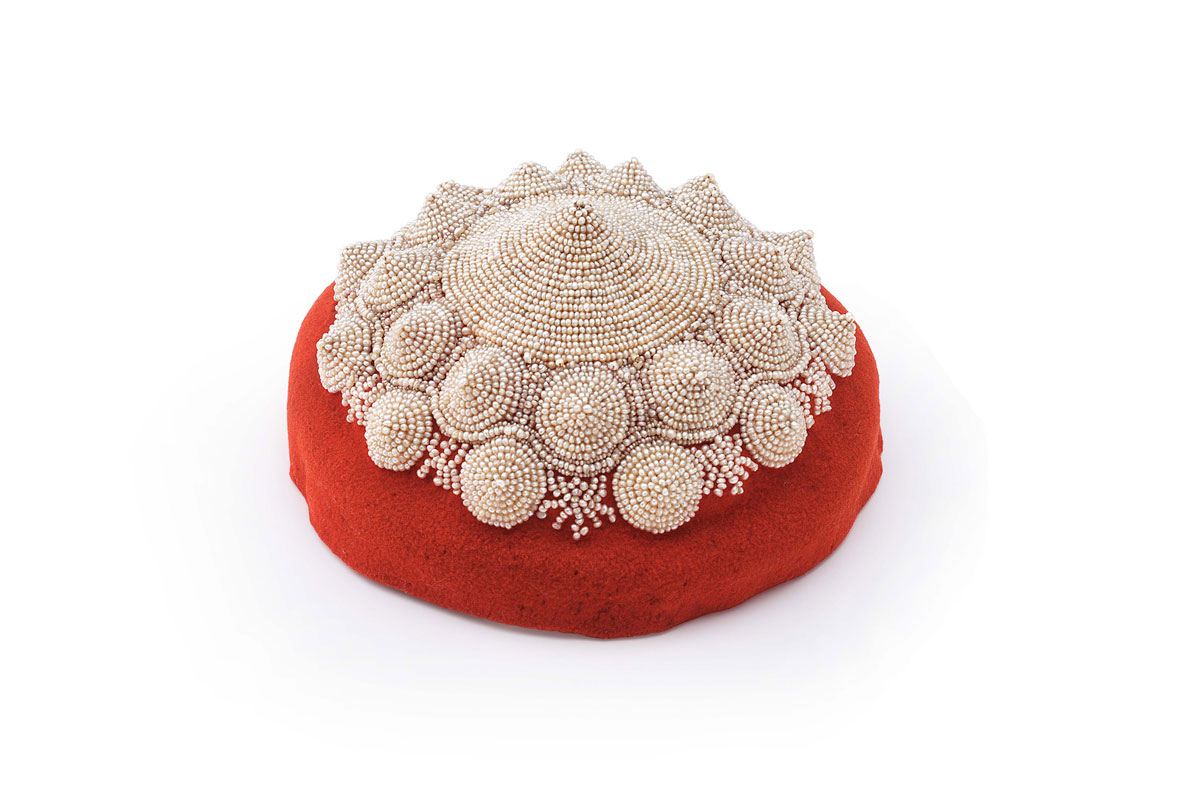 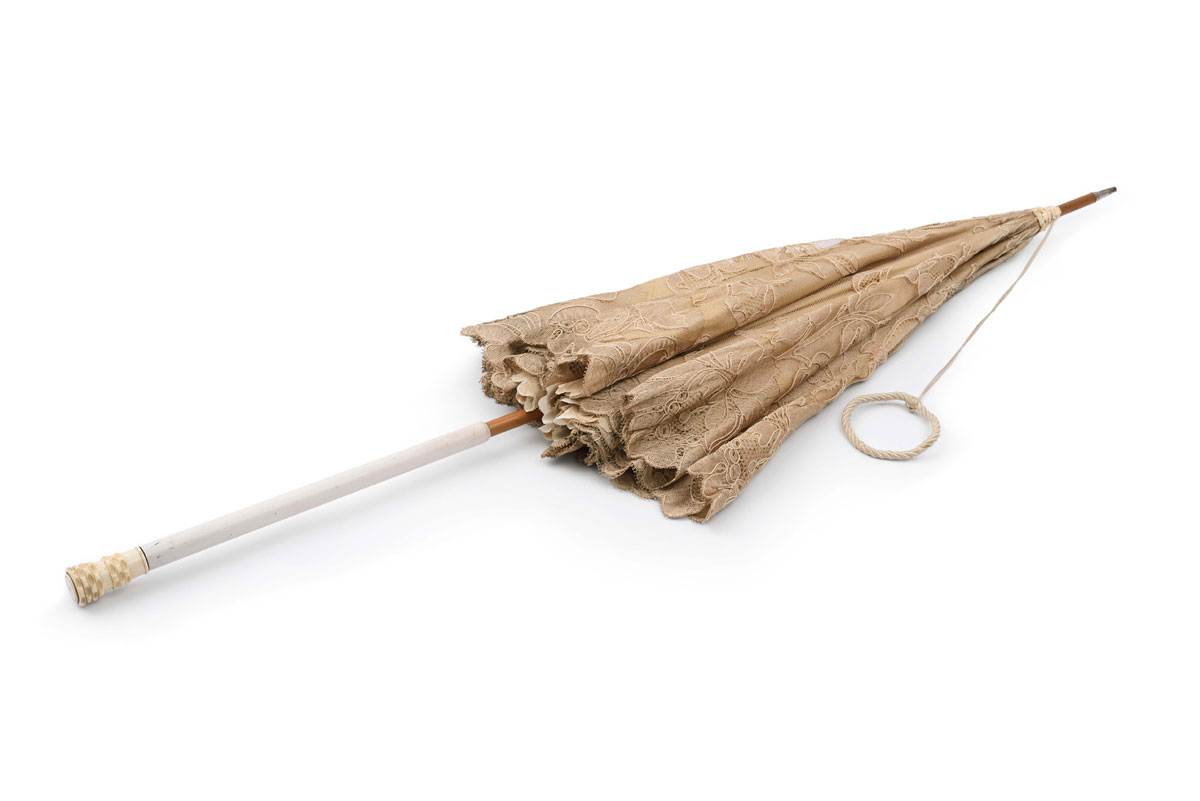 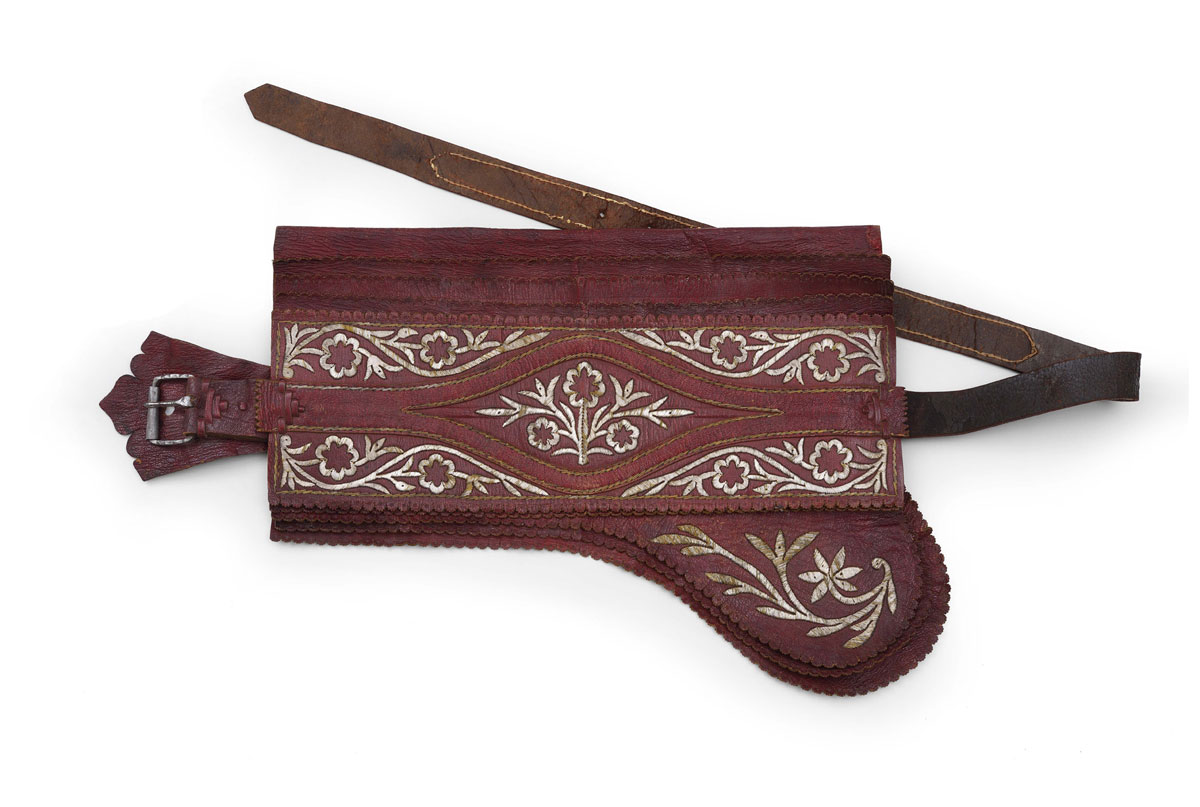 All culture events, interesting sightseeing tours will bring you closer to the traditions of Belgrade and will be much more enjoyable if you choose for yourself a nice and intimate place to stay. We recommend that you visit the reservation website Apartments in Belgrade and choose accommodation according to your tastes and preferences. https://www.apartmani-u-beogradu.com/en