“There have always been special relations between Russia and Serbia – enweaved by deep understanding… The great relations, faithful to the end,” writes authoress Aleksandra Mikata in the introduction to a guidebook dedicated to the Russian heritage in Serbia. The publication in the Serbian and Russian languages was issued by the National Tourism Organization of Serbia, with a wish for the guidebook to be a signpost for discovering both the tangible and intangible heritage of the Russian people sown throughout Serbia.

The oldest memories of the links between the Russians and the Serbs reach far back into the time of the Kievan Rus. During the Serbian-Turkish War, thousands of volunteers and officers headed by General Chernyayev came from Russia to Serbia to help. In the First World War, Tsar Nikolai II literally saved the enervated Serbian army, having forced the allies to relocate the soldiers to the island of Corfu. The October Revolution was crucial for the Russian monumental heritage, still existent today. About 40,000 emigrants found their salvation in Serbia, where they were accepted with wide open arms, and they did requite in every sense. Serbia also owes its liberation from the German occupation to the glorious Red Army; so, on the Victory Day, as a sign of the remembrance of the heroes of the Second World War, a procession known as “The Immortal Regiment” is organized nowadays.

The Russian traces are especially visible on Belgrade’s face, and it is impossible to imagine how it would look today if the Russian architect Nikolay Petrovich Krasnov, the lead Yalta architect, had not accepted to come to Serbia in 1922. Two decades later, he completely changed the appearance of Belgrade, and his monumental edifices catch the amazed eye of spotters: Assembly of Serbia, Palace of the Serbian Government, Ministry of Foreign Affairs, Serbian Archive… He also arranged the interior of the Court in Dedinje, Ružica Church on Belgrade Fortress, and designed many other edifices outside the capital – the Military Cemetery in Zeitinlik and Njegoš’s Chapel on Lovćen. 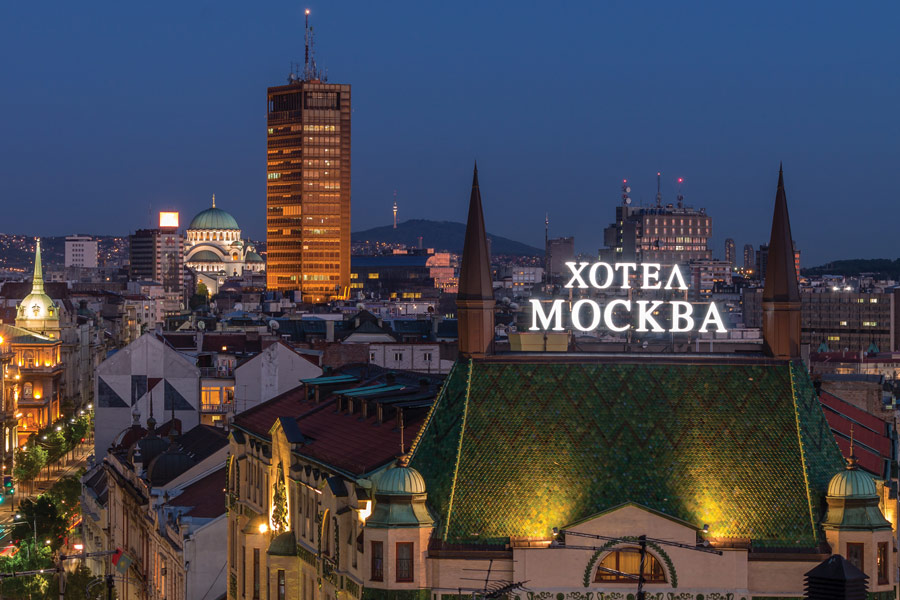 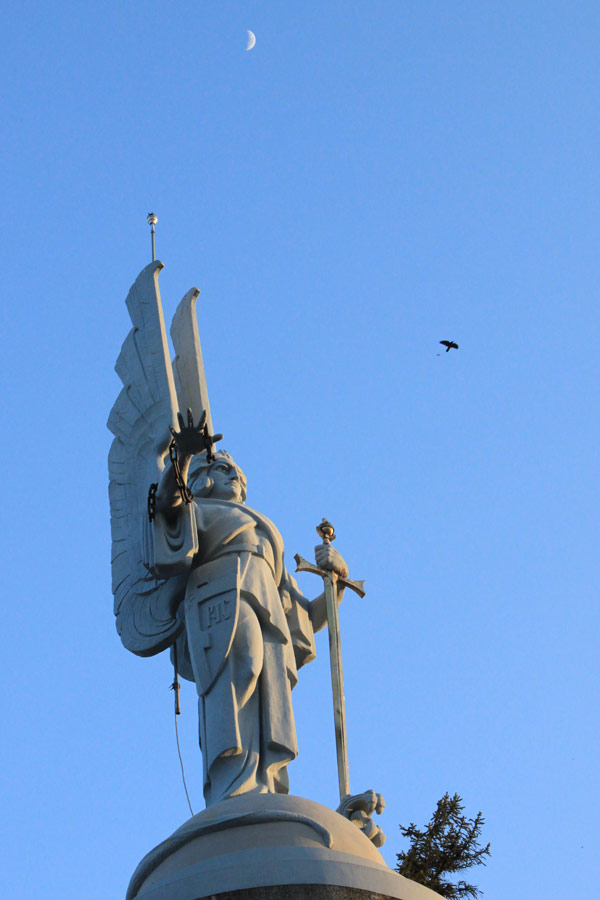 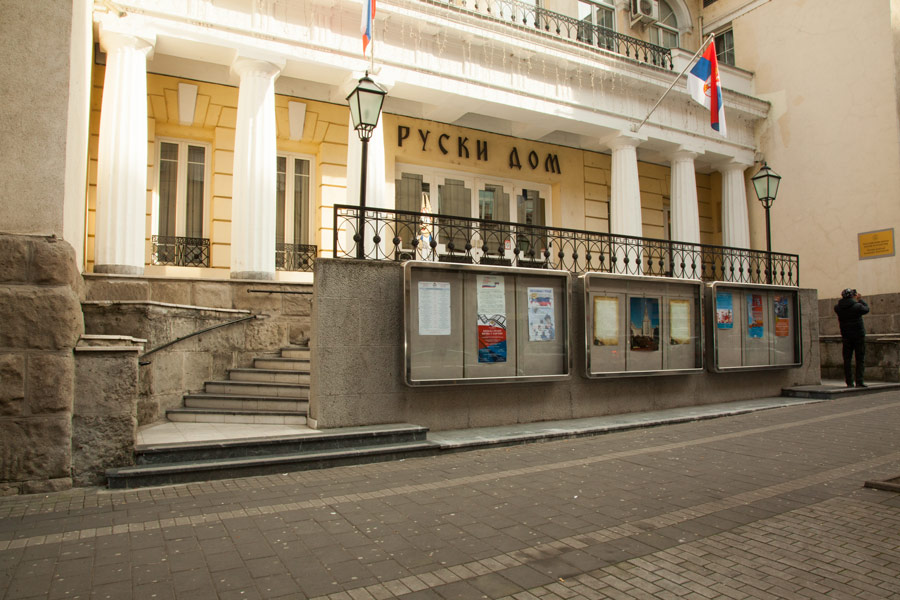 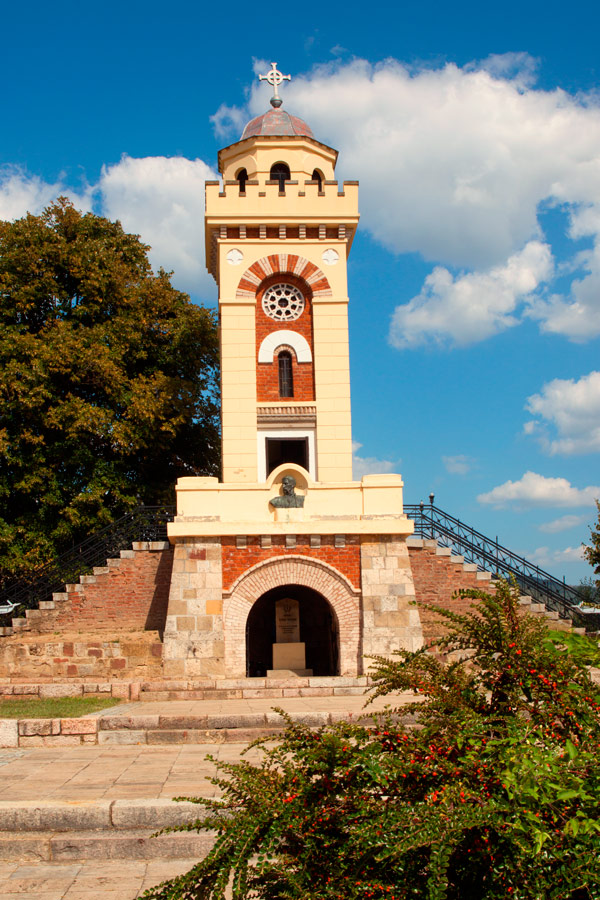 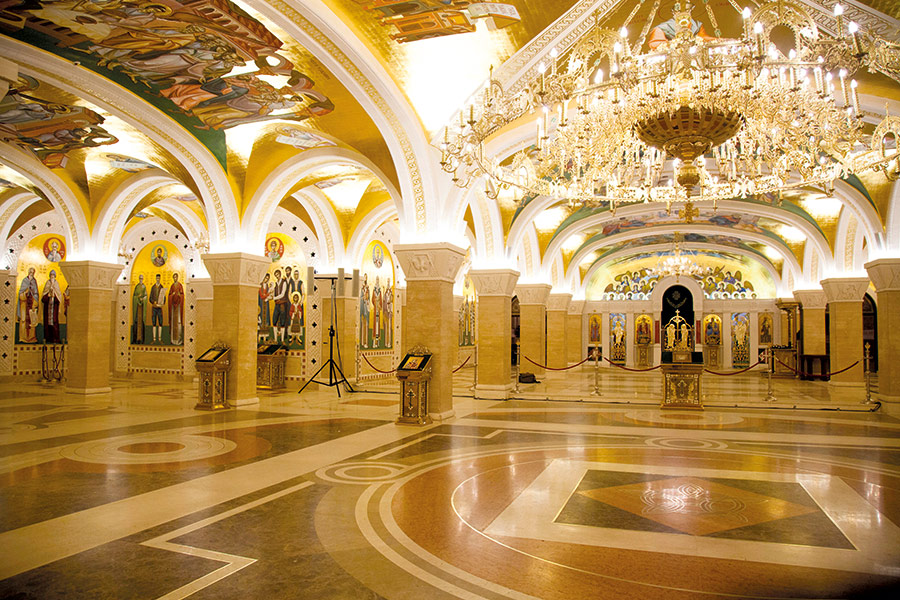 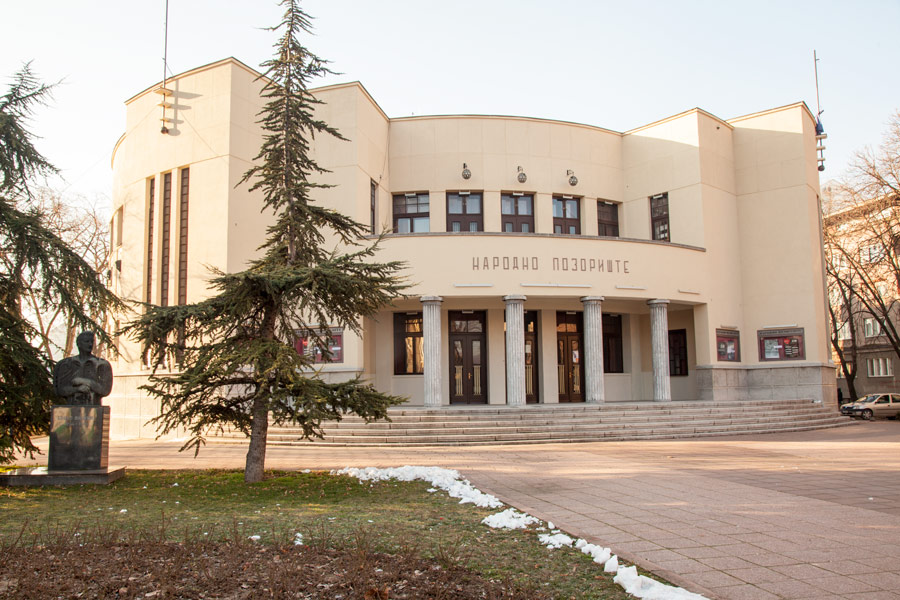 The Russian Home in Belgrade, constructed with the contributions of emigrants and the Government of the Kingdom of Yugoslavia, is one of the major Russian spiritual centers abroad. The author is Vasily Baumgarten, a military engineer, who also did the design for the General Staff Building. Originally, it was named after Tsar Nikolai, and was opened in 1933.
Today’s Hotel Moscow at Terazije is one of Belgrade’s impressive edifices and symbols. It was initially the Russia Palace of enormous beauty, with an insurance company in it. The King of Serbia Peter the First was present at the ceremonial opening in 1908.

The Church of the Holy Trinity in Tašmajdan was erected in 1924, and the members of the White Guard laid a lump of Russian earth in its foundations. Nikola Pašić, the then president of the Ministerial Council of the Kingdom of the Serbs, Croatians and Slovenians, gave the temple a bell as a gift. In the church, a part of the shawl that belonged to the crown prince Aleksey Romanov, which his sisters had knitted for him before he was even born, is preserved. On July 17 every year, a liturgy is served in the temple in memory of the tragically killed members of the Romanov family.
The Iverskaya Chapel in the New Cemetery is yet another notable place, where funeral services for many significant people, such as Nikolai Krasnov, Georgy Ostrogorsky, Stepan Kolesnikoff, etc. were held. Near the Chapel, there are the Russian Necropolis and the “Russian Glory” monument, the only place in the world where the Russian soldiers killed in the First World War are paid tribute to on November 11.

Ballet and other arts

When Sergei Diaghilev and Nina Kirsanova came, the Ballet Ensemble of the National Theater was established. Jelena Polyakova, Margarita Forman and Nina Kirsanova were some of the pedagogues and choreographers who created the taste of the Belgrade audience. There were also excellent painters, including Stepan Fedorovitch Kolesnikoff – one of the most significant realist painters in the period between the wars, who painted the ceiling of the National Theater.

* The first three pilots of the Serbian civil aviation, Strzhizhevsky, Nikitin and Yermenko, as well as the founder of the School of Medicine in Belgrade Aleksandar Ignjatovski were Russians.
* A replica of Tolstoy’s house Yasnaya Polyana is located in Kragujevac, in Kralja Aleksandra I Karađorđevića Street.
* Prince Sheremetev, Tsar Nikolai the First’s grandson, lived in Great Bečkerek (Zrenjanin); countess Sophia Tolstaya lived in Novi Sad.
* The Monument to the Soviet War Veterans killed in the airplane crash on their way to the celebration of the 20th anniversary of the liberation of Belgrade was built on Avala. Marshal Sergey Biryuzov and General Vladimir Zhdanov were among them.

The first Russian-Serbian School was opened in Sremski Karlovci in 1725, when priest Maksim Suvarov came upon Empress Katarina’s decree. His pupils would be opening schools throughout Serbia. Baron Wrangel also lived in Karlovci, together with about fifty intellectuals and most loyal officers who settled there with him. The majority of them rest in the Čeratsko Cemetery. Apart from the monument to General Wrangel and the Russian Cemetery, there are also the Fountain of St. Andrew the Apostle the First-Called and the monument to Raguzinsky, a merchant, diplomat and founder of the Russian Intelligence Agency, who was in Tsar Peter the Great’s service.

The National Theater of Niš was designed by Vsevolod Tatarinov; the Assembly of the Municipality by Alexander Medvedev, and the Monument on Čegar Hill is the work of Julijan Djupon. The National Museum of Niš abounds in Russian artists’ works. Kragujevac was lucky to have the decorative works performed by architect Georgy Kovalyevski: the complex of the City’s Yellow Market Place and the Fire Home. About 2,000 emigrants settled in Novi Sad – soon after that, the ballet ensemble was formed in the Serbian National Theater; the first Chess Club was established, and the Home of the Army, the Healthcare Home and the first multi-floor building were designed by architect Georgije Šreter.

Prepared on the basis of the text by Aleksandra Mikata
Photo by: Rozana Sazdić and NTOS Archives