A replica of Đura Jakšić’s old house, where there is an extraordinary institution, was built in the place where there once was the house of this great Serbian romanticist and teacher of painting at the Grammar School of Kragujevac – under the same roof, there are three diverse program wholes – the museum dedicated to Đura Jakšić, a gallery space and a center for the promotion of the wines and brandies of Šumadija.

Đura Jakšić lived in Kragujevac for a relatively short time, but this city prides in the fact that such a great artist used to walk along the city’s streets and wove his thoughts, energy and creative nerve into the milieu of the city itself. Except for the fact that his birth house preserves the memory of him, it also endeavors to set parallels and find and affirm those values that have made the work of Đura Jakšić special in contemporary creative work, both in literature and in visual arts. For that reason, the Gallery organizes visual art settings of the contemporary artists whose work corresponds to the creative work of Đura Jakšić, as well as the literary programs and poets’ encounters, showings and lectures that affirm his work.

Roof for the Wines and Brandies of Šumadija

What makes Đura Jakšić’s House quite special is its Wine-Brandy Hub – the exhibition, sales and degustation center. We spoke with Nenad Popović, the director of the Regional Development Agency of Šumadija and The Morava River Basin, which backs up the whole endeavor, about the development and goals of this extraordinary idea: “In partnership with the City of Kragujevac, the municipalities of the District of Šumadija and the associations of the wine and brandy producers, we devised a strategic program for the development of the territorial identity of Šumadija. One of the activities of this quite broad, complex, and longstanding intervention was also the construction of the building of Đura Jakšić’s House. We wanted to design a unique space with our partners, which would simultaneously be multifunctional, thus including the improvement of cultural programs, the development of the tourist offers, as well as the economic growth based on the support to those sectors that create products with a high degree of value added, which on their part are traditional for our territory, they namely being wine and brandy,” say our collocutor.

To the question what the Hub means to wineries and distilleries, Nenad Popović tells us: “We’ve been cooperating with two wine and brandy producers’ associations, which count a total of 40 members. At the Hub, we offer more than a hundred etiquettes of the wines and brandies exclusively produced in Šumadija. Here, one must bear in mind the fact that the largest majority of the mentioned producers account for small wineries and distilleries, which cannot reach a more significant number of buyers, and whose products cannot be found in retail chains, not even in specialized shops. Apart from that, there are only ten or so degustation halls in Šumadija, so that the biggest number of the producers cannot welcome tourists and buyers, either. The Hub offers them all of this and free of charge. So, it offers them a possibility to access the market more easily; probably even more significantly, it is a center for the development of the wine and brandy culture, where the lovers of these two noble drinks can meet one another, become familiar with trends, products, rules for enjoying wine and brandy, acquiring general and specific types of knowledge of varieties, production and gastronomy.” 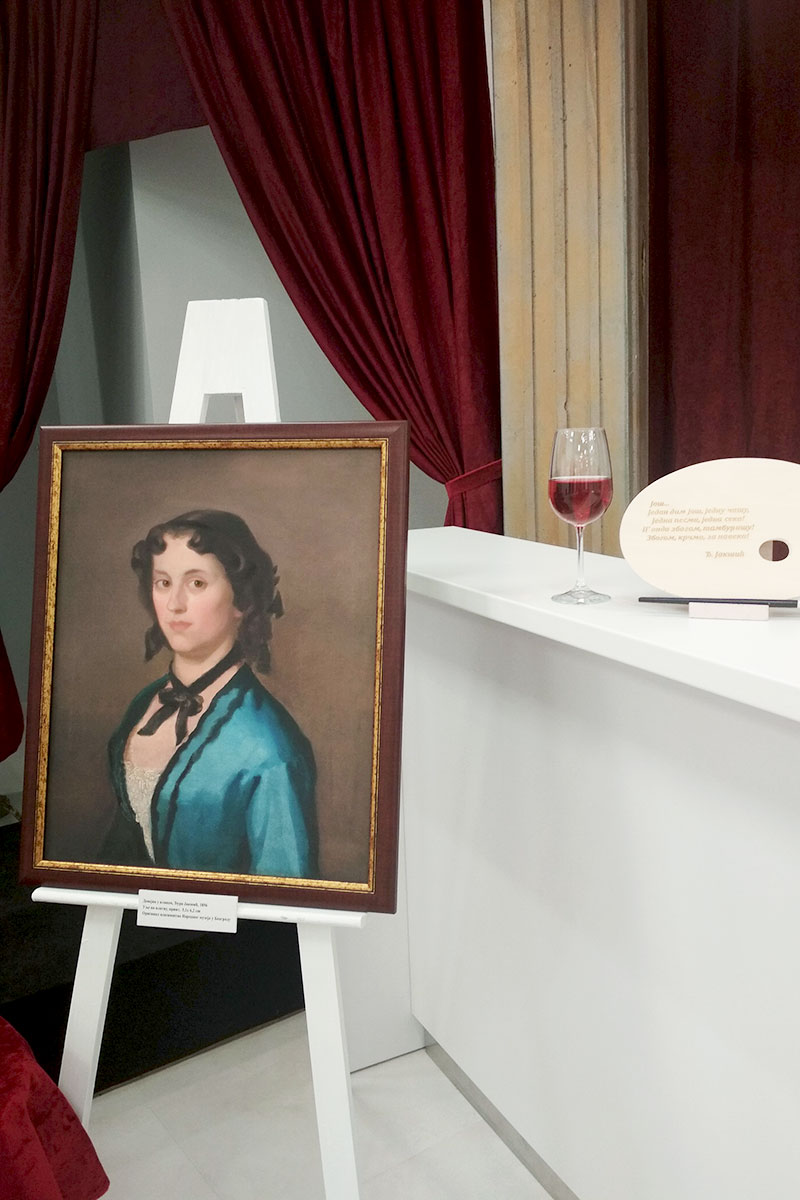 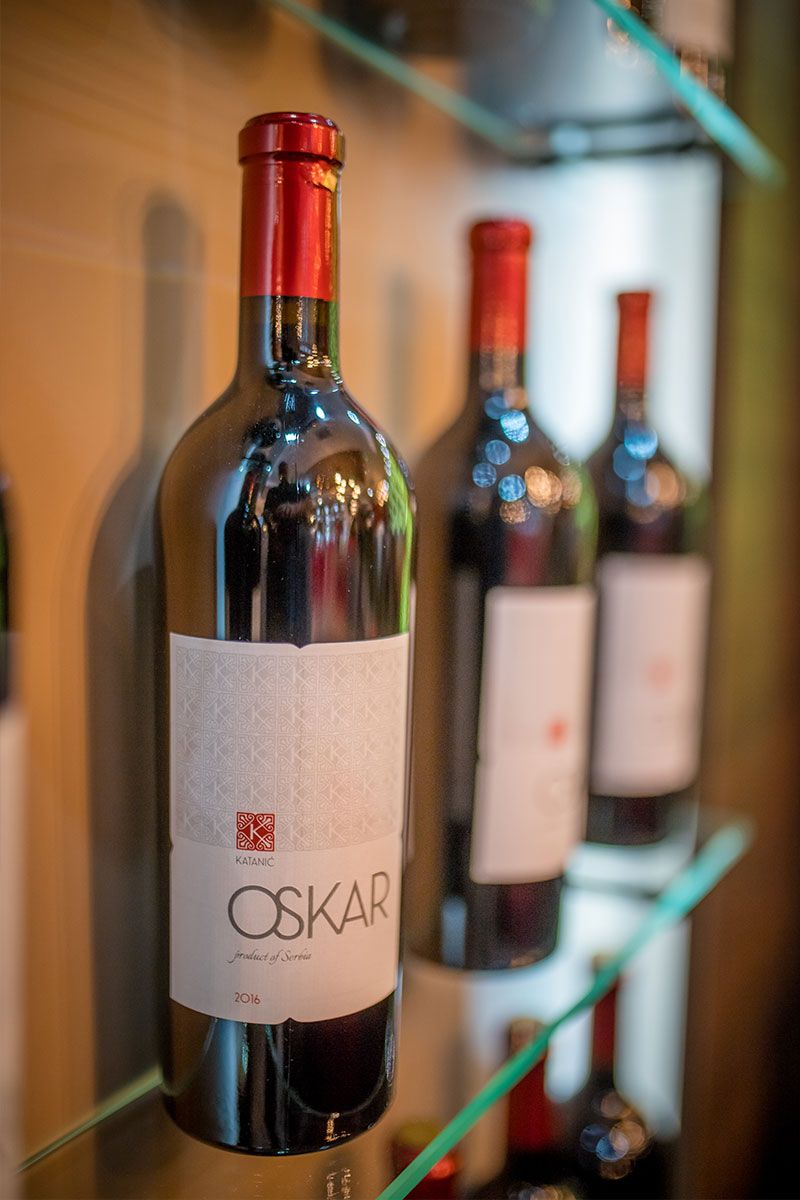 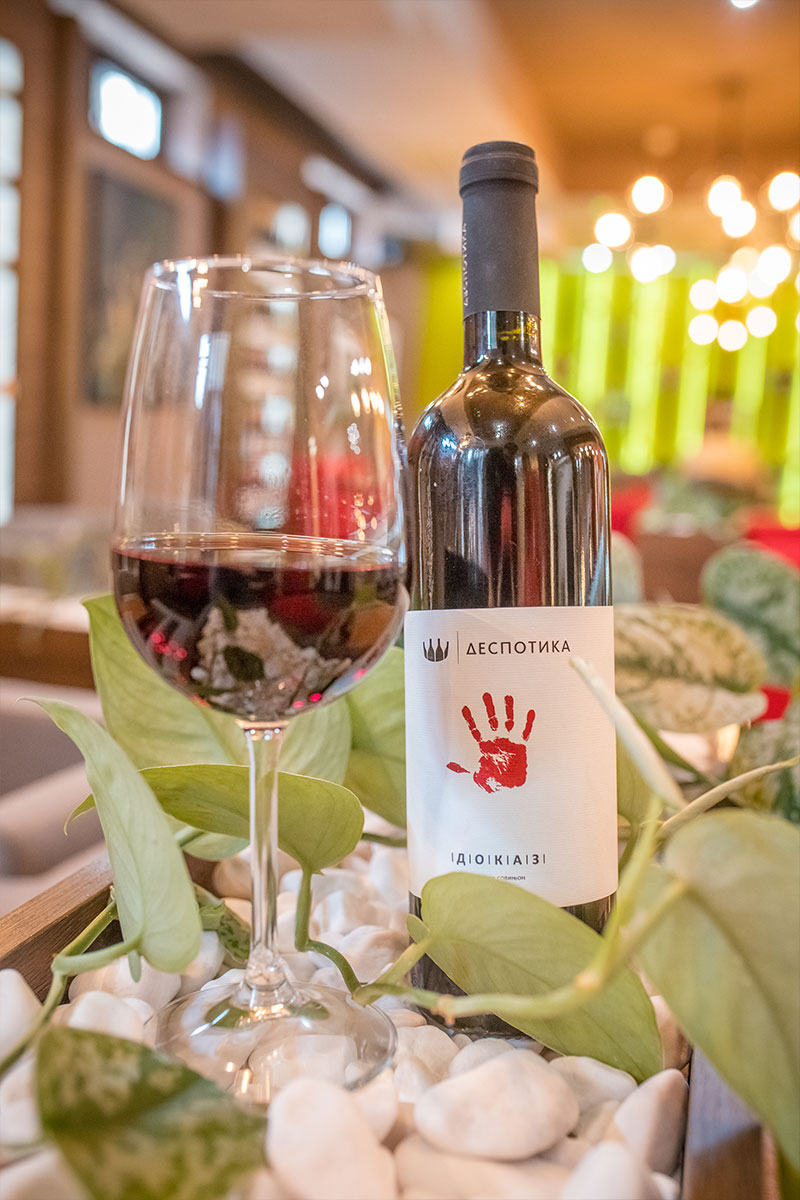 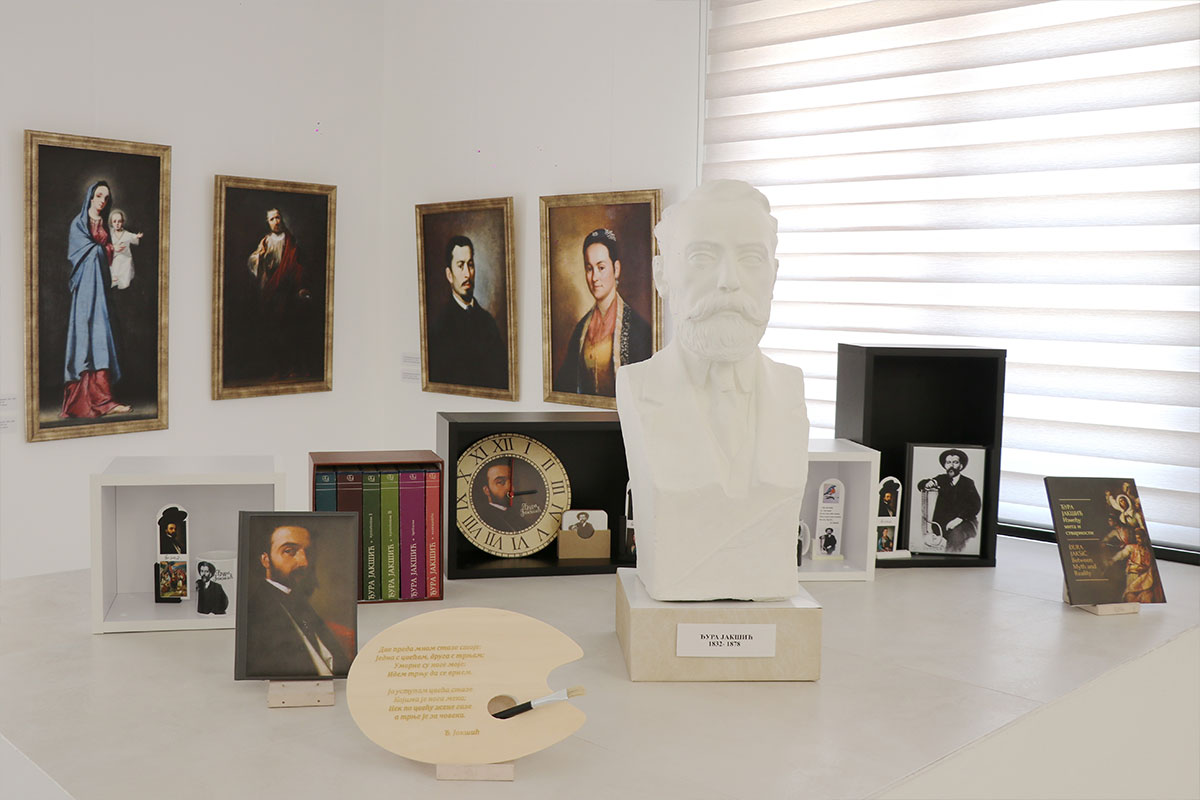 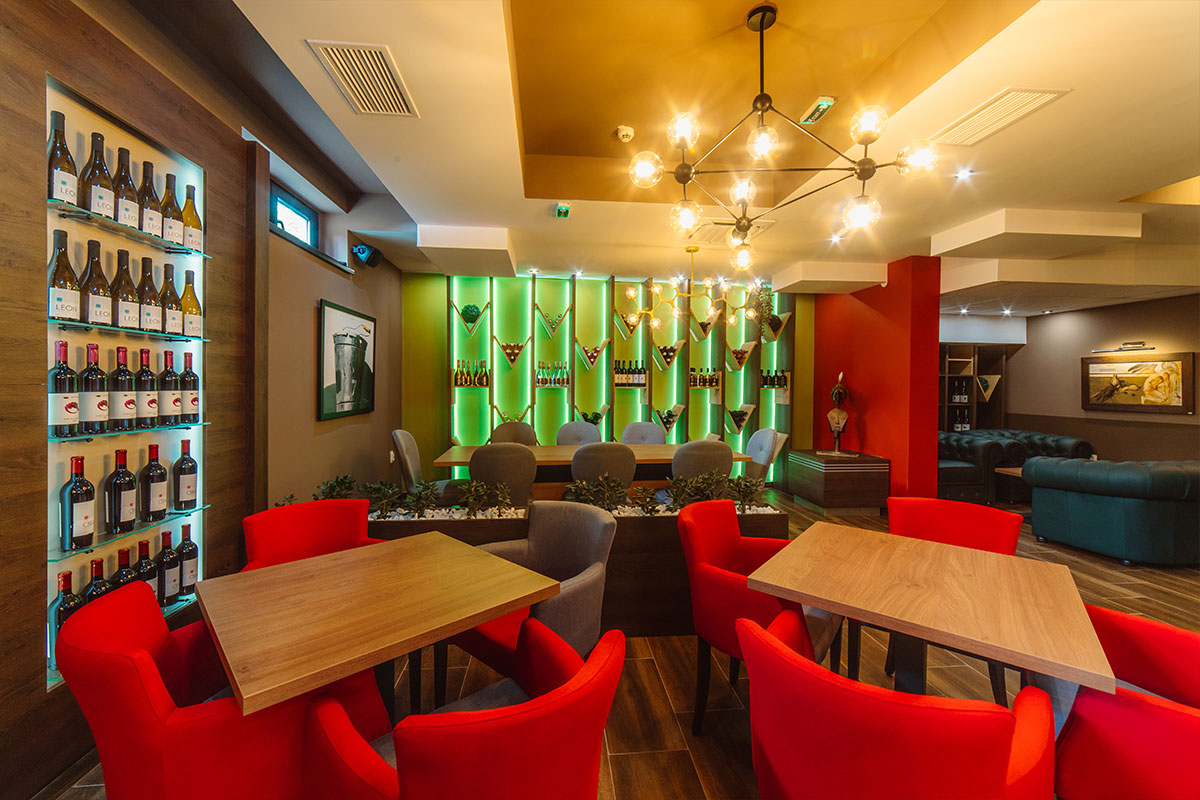 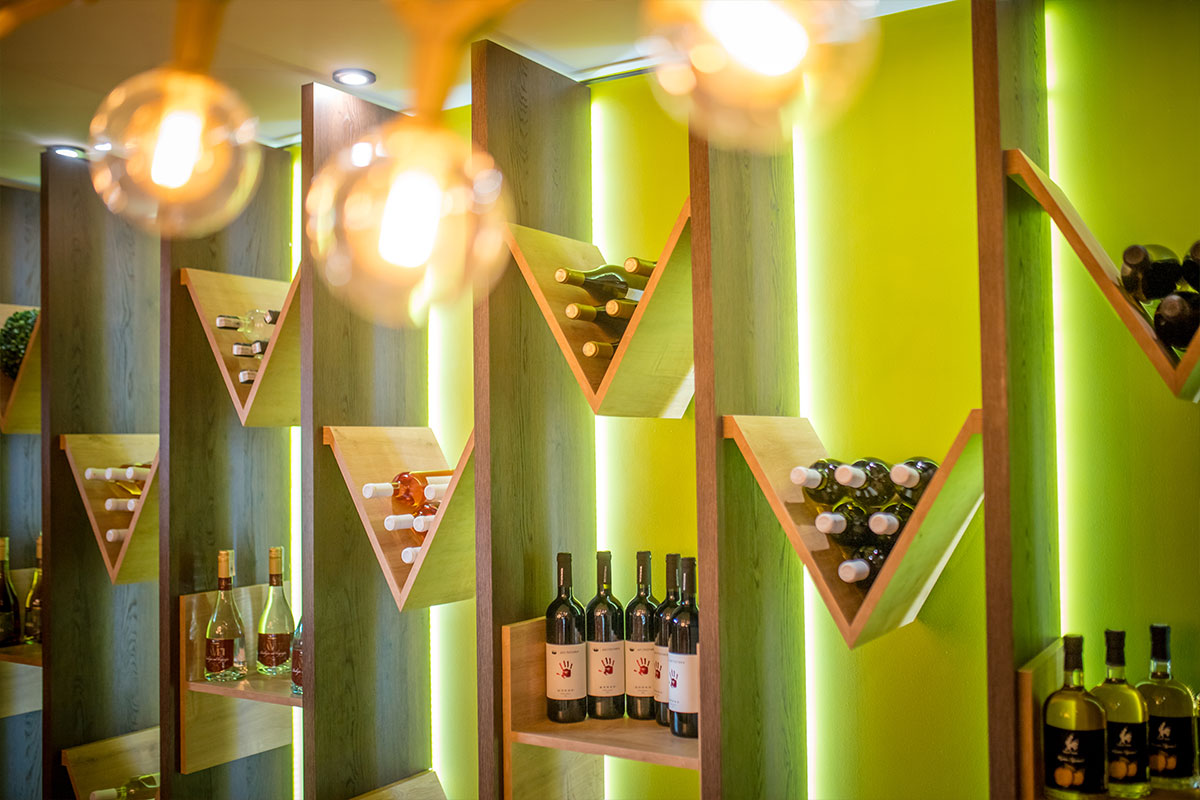 The tourist tour starting from Đura Jakšić’s House and including a visit to the First Grammar School of Kragujevac, where he taught, via the famous Paligorić Pub, which he visited, all the way to the nearby Sabanta and Lipar, is planned as a part of the tourist offer of the city. The movie “Following Đura Jakšić’s Paths”, made by a tourismologist Žika Trakić from Kragujevac, which can be seen at the House, testifies to the fact that Đura Jakšić was popular among the people of Kragujevac and that they frequently make a mention of him, recite his verses, retell anecdotes, and that he is their inspiration as well.

To the question whether there are also some other attractions at the Hub and how significant Đura Jakšić’s House is for the overall tourist offer, our collocutor says: “The Hub has three functions, with sales being only one of them. We work as a restaurant with a bar, a shop, and a degustation and promotion hall. So, you may come and sit here with your family, friends, or business partners, and enjoy the best drinks and food of Šumadija. At the shop, you can buy drinks at the most competitive prices since the concept of our work is based upon a nonprofit character. Besides, we’ve also started organizing the events related to the sectors in general, such as the Day of Prokupac or the Day of the End of the Brandy Making Campaign. We hope that the crisis caused by the pandemic will soon come to an end, so we will be able to continue to focus on the organization of the events in full capacity. Overall, I consider that Đura Jakšić’s House is a unique building which may significantly enrich both our tourist offer and the cultural offer of the City and the whole of Šumadija as well, since it represents an integral part of the tourist offer of the region.”

Bearing a Seal of the Geographic Origin

“Observed from several aspects, Šumadija is a unique territory, but is certainly the only one where both excellent wines and excellent brandies are simultaneously produced, because it is possible thanks to the ideal combination of the quality of soil, the climate and the relief. Our wines have a protected geographic origin, and we are the first in Serbia to have also protected the geographic origin of our brandy – the Plum Brandy of Šumadija, whose production according to the defined parameters is ongoing. Together with an extremely long tradition of production, as well as association – only to mention the Winegrowers’ Cooperative of Venčac at the beginning of the 20th century, which was the first of that type in Serbia – I consider that all conditions have been met for a significant part of our economic development to rely on these sectors as well. The argumentation for this assertion is not only empirical, but it also originates from the basic economic logic. Wine and brandy are products with a high degree of added value,” concludes our collocutor.

The production and protection of the Rose Wine (Ružica) of Šumadija following the concept known throughout the world, like Chianti, is one in a series of the endeavors of the Regional Development Agency is. The recipe and the technological requirements are defined: basically, rose wine is 85% Prokupac variety and the remaining 15% of the varieties can be determined by wineries, thus giving the wine their own imprint.