What do Sergey Polunin, a world ballet megastar; Brian Ferry, a famous rock musician, and John the Tenth, Patriarch of Antioch and All the East have in common? They have all visited Belgrade recently, and visited the National Museum, whose permanent exhibition was reopened for the public on June 28, after 15 years.

Polunin was the main protagonist of the National Museum opening promotional video clip. Brian Ferry arrived at the National Museum right from the airport, the night before the concert, where the oldest traces of life and the culture inside today’s Serbia, the Zenit vanguard movement and constructivists’ and Bauhaus works especially amazed him. The antiquity and Middle Ages collections, and Serbian 18th and 19th-century painting, amazed John the Tenth, Supreme Head of Antioch Orthodox Church.

A part of the Homo Heidelbergensis Heidelberg man’s jaw from Mala Balanica in Sićevo near Niš is the oldest exhibit and the most important novelty of the permanent setting – the evidence of the existence of Heidelberg man in Europe during the Middle Pleistocene. Scientists concluded the jaw had belonged to a grown-up, relatively younger person of the unidentifiable sex, but “undoubtedly a member of the Homo genus”. The jaw found in the rocks of the cave in Sićevačka Gorge is one of the oldest European hominid fossils.

After the Paleolithic come younger prehistoric eras, but the exhibits are no less exciting: there are original discoveries from Lepenski Vir, one of the worlds’ best known prehistoric sites, located on the Danube bank, in once inaccessible Djerdap Gorge.

In the seven successively built settlements, the remains of the habitats modelled according to plan, rock and horn tools and implements, hearths, altars for sacrificial offerings with monumental sculptures were discovered. The Progenitor sculpture is considered as the first portrait in art history, beside Progenitor Female, Adam, Water Fairy, Chron and other unique sculptures. Lepen Vir’s inhabitants are assumed to have known astronomy, the site itself being a kind of observatory. 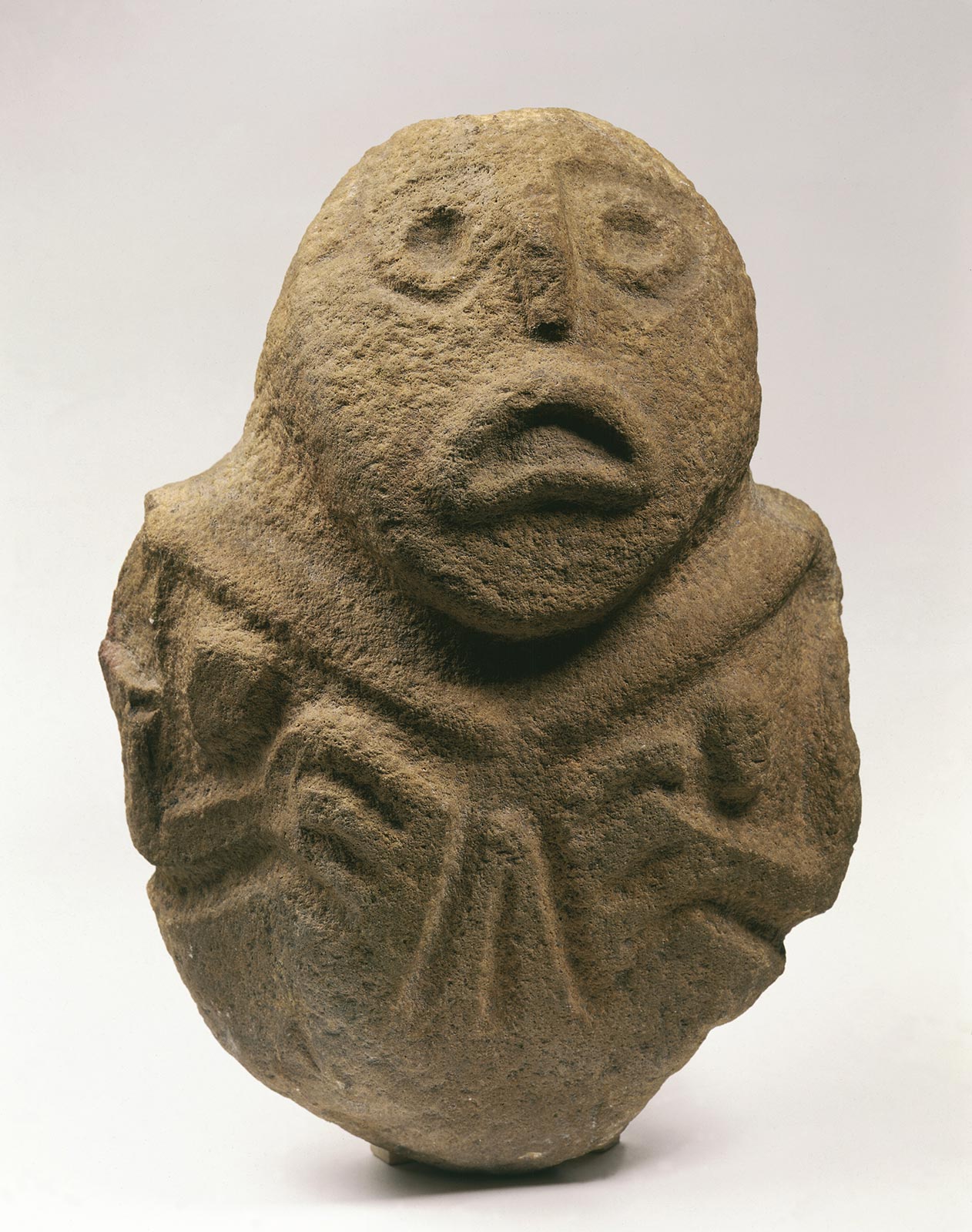 In the Neolithic, the Starčevo and Vinča cultures marked this Balkan region. In that time, the first craftsmen – potters appeared, permanent settlements were being created and agriculture developed. The Vinča culture, technologically the world’s most progressive prehistoric culture, replaced the Starčevo culture. Europe’s earliest copper metallurgy relates to the Rudna Glava locality near Majdanpek, with its first miners. Anthropomorphic and zoomorphic figurines, alters and the “Vinča script” evidence its artistic achievements.

The objects of Trebenište Necropolis near Ohrid are also part of the Greek-Hellenistic collection – in rich dukes’ tombs gold masks, sandals, military equipment, jewelry, bronze and glass vessels were discovered. Corinth Crater with the presentation of a horseman is an exceptional piece of craftsmanship – one of rarely preserved such objects, especially outside the Greek world.

The fact that 16 Roman Emperors were born in today’s Serbia’s territory, including Constantine the Great, and that many of them built cities and palaces in their birthplaces, also makes the collection even more attractive. Those are objects from the 1st c. BC to the 4th c. AD. The collection contains applied art and sculpture masterpieces – the collections of silver and gold jewelry, silver vessels, cameo, petty bronze plastic, the silver organ’s pipe remains and bones from Golubac, and Roman portrait art works – Emperor Trayan’s father’s portrait from Trayan Bridge near Kostolac and a bronze statuette of Heracles from Tamnić near Negotin. Of the military equipment, a silver belt from Tekija, the ceremonial helmets-masques from Kostolac and Smederevo and a pectoral from Ritopek are singled out. 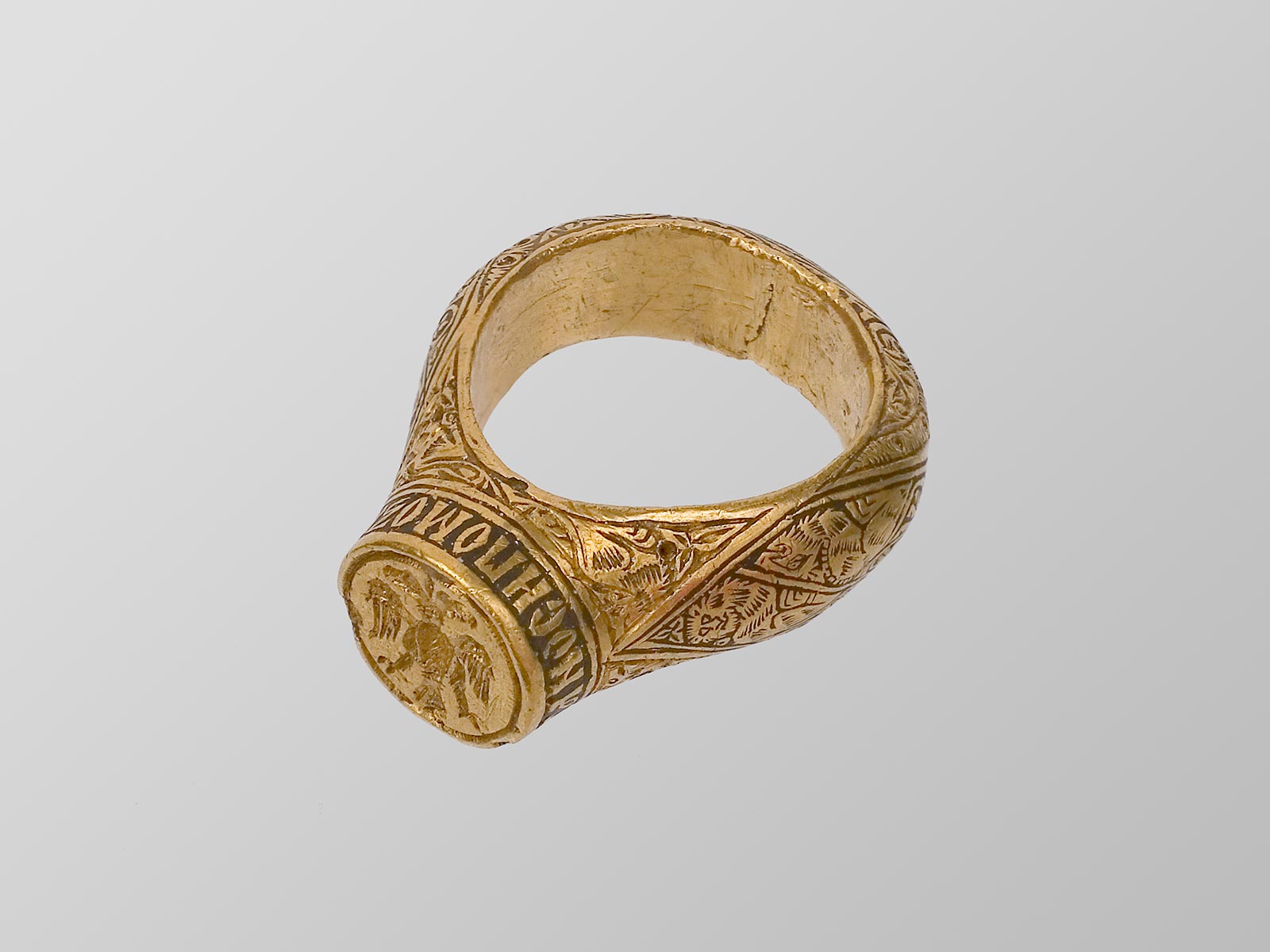 Written on 181 sheets of parchment, decorated with 320 initials and miniatures, Miroslav’s Gospel is the oldest and the most significant preserved monument of the old Serbian Cyrillic book. As the most precious exhibit in a collection from the period of the emergence of the Serbian Mediaeval State, its 180 sheets are the Museum’s fundus’ real treasure today, only possible to see during 10 days in a year. The Petrograd Saltykov-Shchedrin National Library preserves one torn sheet of the Gospel.

It dates back to the late 12th century; one of its rewriters and illustrators was Grigorije, whose records show its writing had been commissioned by Serbian Duke Miroslav, the odds being it was given as a gift to his legacy – St. Apostles Peter and Paul Church in Bijelo Polje. It has been on the UNESCO Memory of the World List since 2005.

The stamp of Stefan Nemanja, the forefather of the Mediaeval Serbian ruling Nemanjić Dynasty, the enameled 11th c. tiles of Hilandar, Prince Radoslav’s ring from the 13th c., Queen Teodora’s ring and Tsar Ivan Aleksandar’s vestments from the 14th c. are impressive in the Mediaeval Collection.

Serbian Mediaeval art reflects in the architectural sculpture of Banjska and St. Archangels monasteries and the frescoes evidencing art development since the beginnings of the Serbian State on the example of St. George’s Pillars, via the 13th c. works as the climax of the art of the eastern-orthodox world (Gradac), to the 16th c. diverse painting (Mother of God of Ljeviš, Žiča, Peć Patriarchate, St. Archangels). Most icons in the Collection are from the 14th century. Especially worth mentioning is the Double-sided Hodegetria Mother of God Icon and the Annunciation Day; in the second half of the 16th c., it is the Icon of St. Simeon and St. Sava.

To perceive visual art development, the 18th- and 19th-century national painting collections and those from the Yugoslav period should be carefully observed. In the past two centuries, the Serbian Painting Collection preserves the superior achievements of the national opus created for the needs of the Serbian Orthodox Church or influential and rich individuals, the Serbs living under the Austrian-Hungarian rule, and also for the needs of the just established civil society in the Principality of Serbia. Apart from rare 18th-century achievements, with a special focus on Teodor Ilić Češljar and Teodor Kračun, the collection preserves 19th-century artists’ precious works (Konstantin Danilo, Nikola, Aleksić, Dimitrije Avramović, Uroš Knežević, Katarina Ivanović, Stevan Todorović, Djura Jakšić, Djordje Krstić). Some authors began creating in the 19th, and continued doing so in the 20th century (e.g. Paja Jovanović’s and Uroš Predić’s exceptional works).

The Yugoslav collection has about 3,000 works, reflecting artistic flows in Serbia and the former Yugoslavia, exhibiting also the works of the December Group, Mediala, abstractions, Art Informel, the new sign, the new figuration… 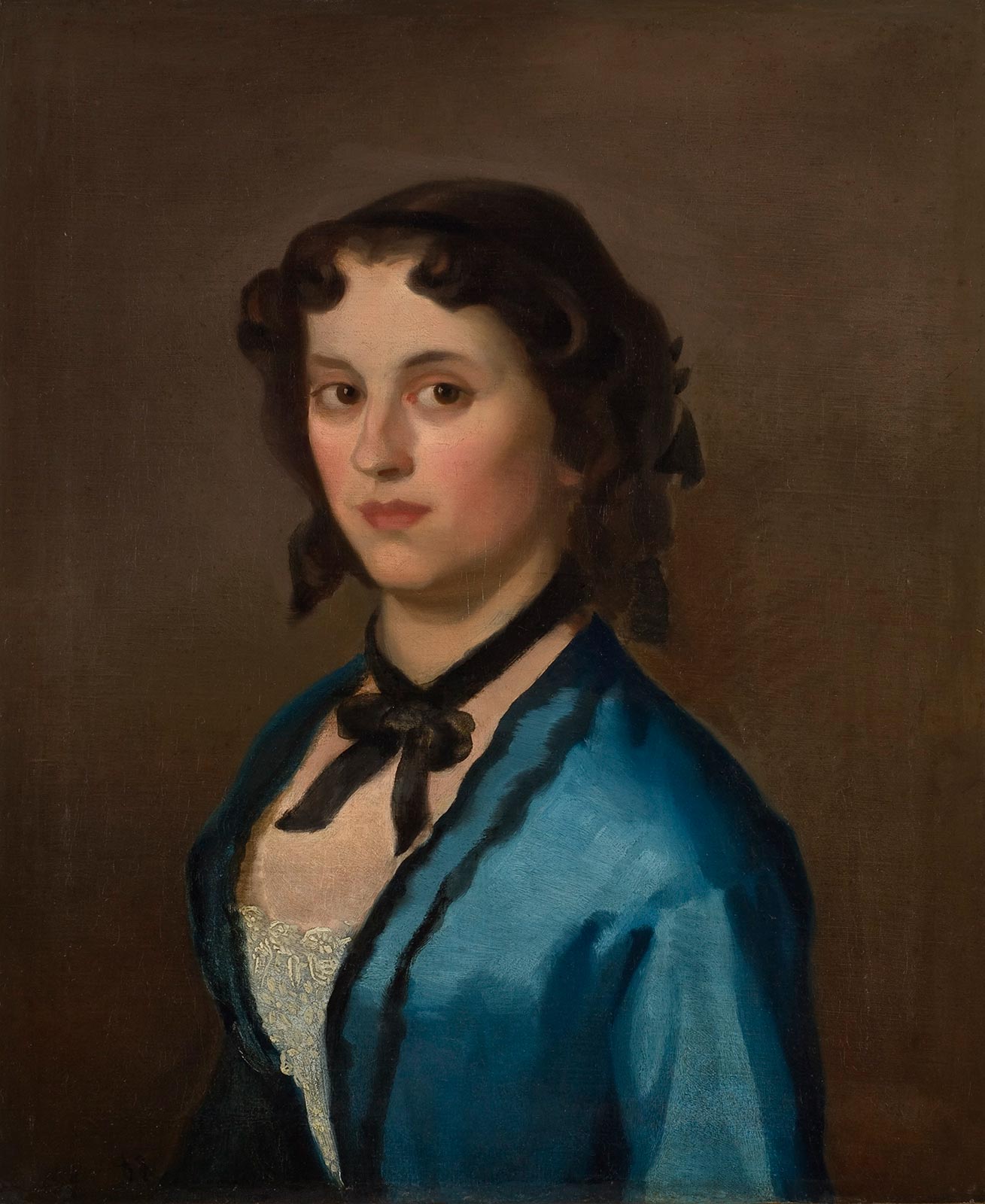 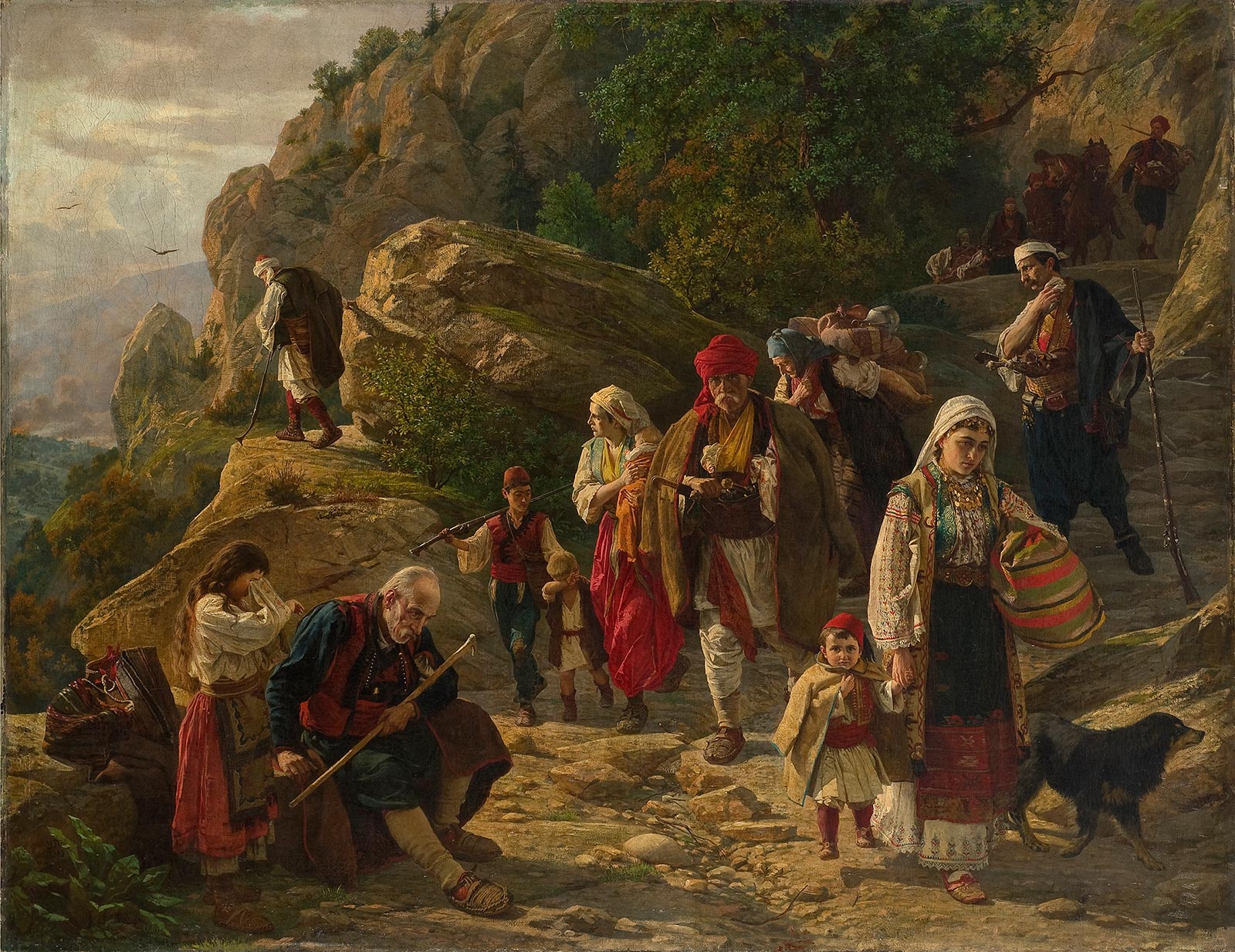 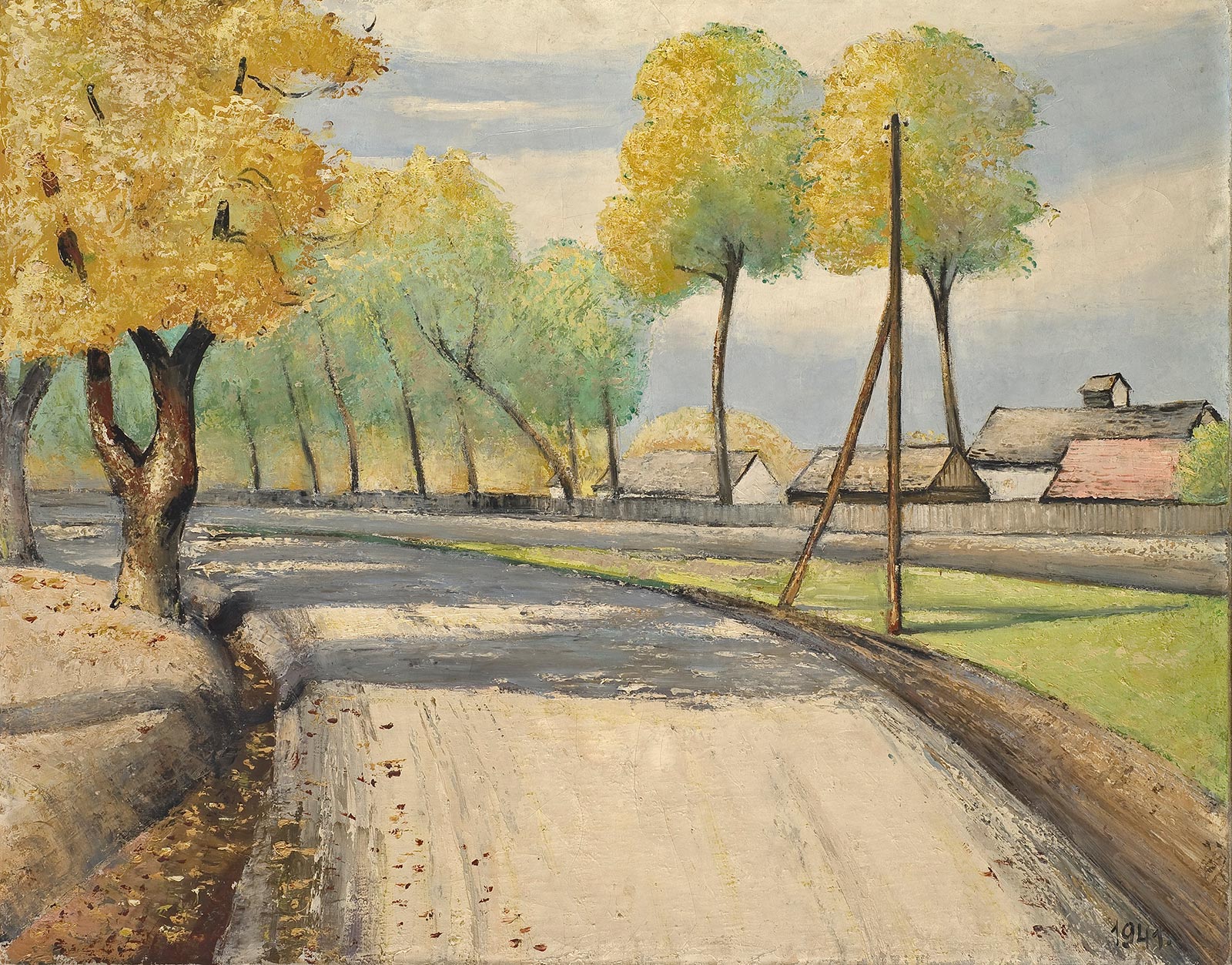 The Foreign Art Collection consists of over 1,000 paintings and sculptures, mainly of European artists, made from the 14th to the 20th centuries. From the first acquisitions to date, the collection has had a role to encourage understanding other cultures and positioning Serbia into the European and world cultural spaces, National Museum says. The core of the collection is a gift from Slovakian painter Bertold Lipaj from 1891, when the National Museum received 70 works of Italian, Venetian artists. The majority and the most significant segment of the collection are the wholes of Italian, French, Flemish, Holland, Russian and Austrian art.

Flemish and Dutch painting is represented by the works of Van Cleve, Atelier Bosch, Brueghel, De Vos, Van Goyen, Van Elst, Van Utrecht and Rubens, whereas the 19th– and 20th-century Dutch art pearls are the works by Toorop, Van Gogh and Mondrian.

Apart from Tournier’s and Robert’s paintings, from prior epochs, the French painting of the 19th and the first half of the 20th century, whose authors are the most prominent artists of that time: Corot, Daumier, Boudin, then the leading impressionists: Pissarro, Degas, Monet, Renoir, Sisley, the postimpressionists Gauguin, Toulouse-Lautrec, Signac, the symbolists – from Monroe to Redon and Carrier, Les Nabis artists Bonnard and Vuillard, fauvists Matisse, Derain, Vlaminck, Rouault, and the most famous Paris School artists are an especially worthy whole of the Collection. There are also works by Picasso, Kandinsky, Archipenko and Chagall. 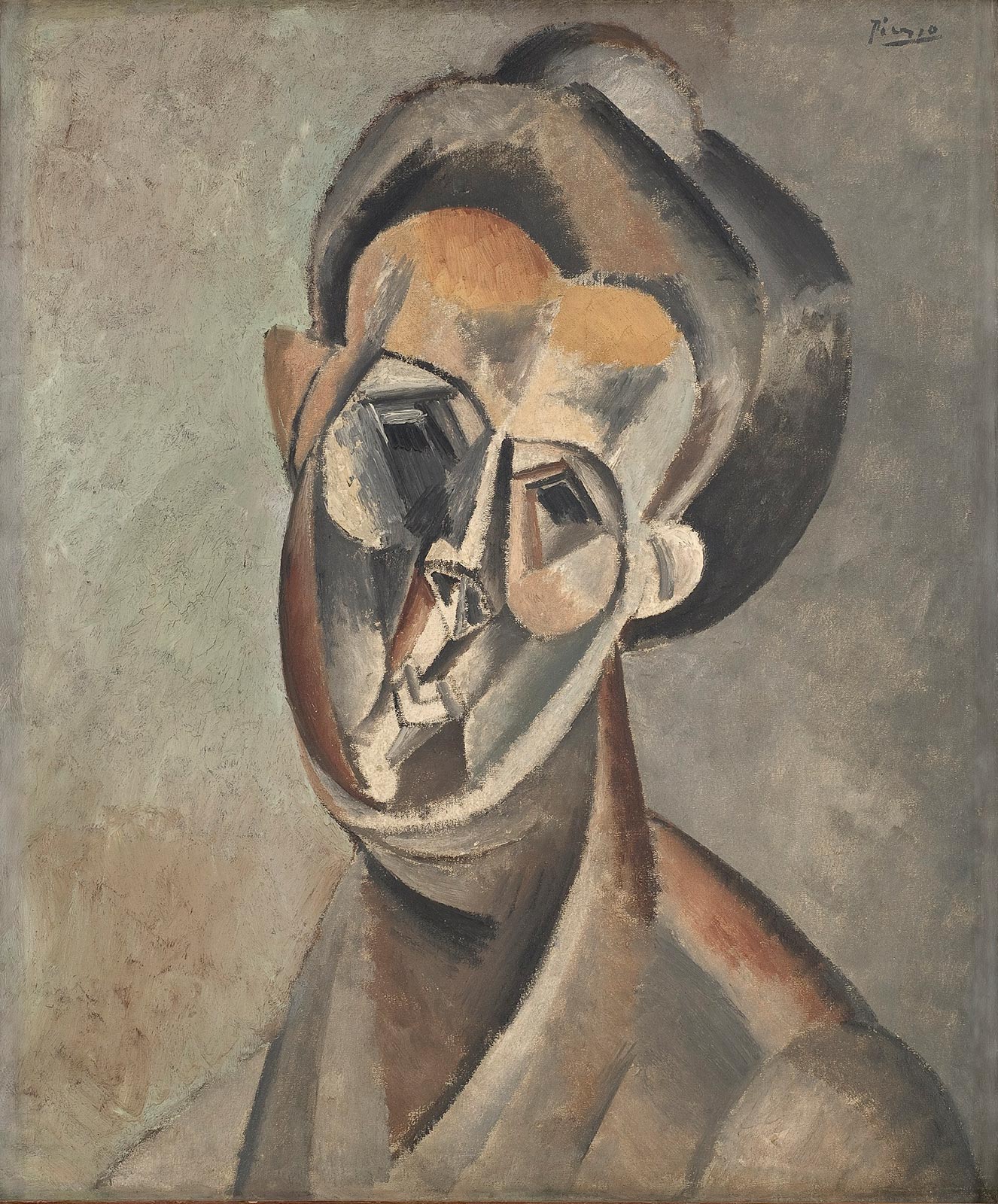 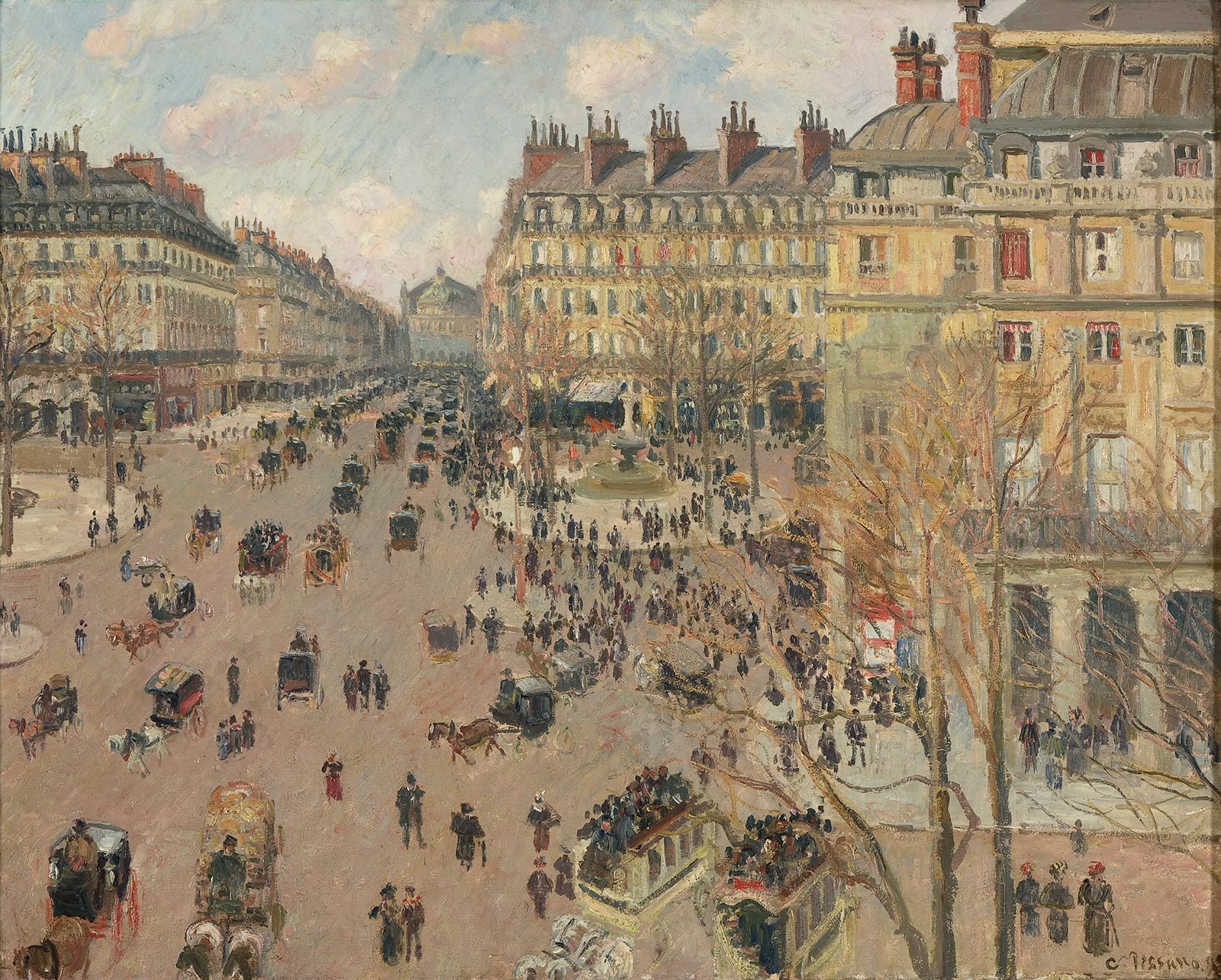 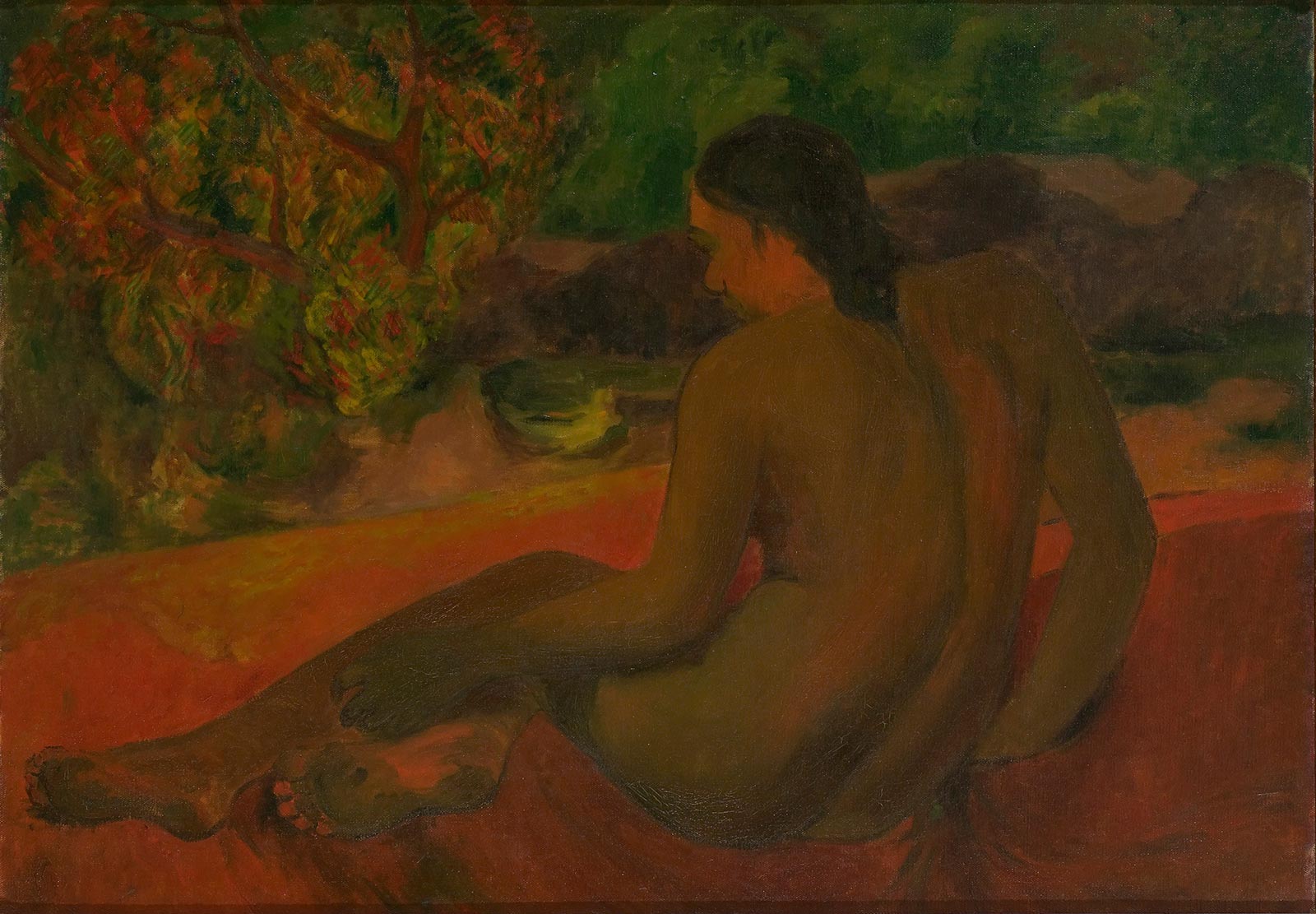