With a variety of ornamental motifs, imaginative styling and colourfulness, traditional double-knit socks are a prominent representative of folk art. In the Knjaževac region the ornamental elements of peasant knitted socks have reached the peak of aesthetic development. With a rich collection of double-knit socks, the Knjaževac Heritage Museum preserves a unique manuscript of material and an album of colour and black-and-white drawings depicting all of the richness of imagination and skilfulness of the knitters of the Timok region. This valuable collection was created by husband and wife Svetozar and Vidosava Popović, who have devoted their entire lives to researching and compiling this collection.

Svetozar Popović, son of a village priest, was carried away by the beauty of patterns on knitted socks while still a boy and he subsequently learned the names of their many ornamental motifs. Later, already as a high school teacher, he started copying “that wonderful world of imagination” that emerged from the hands of knitters. Destiny led him to meet and marry Vidosava, who came from Banat and had collected traditional carpets and costumes from an early age. With their shared love, Svetozar and Vidosava visited about two hundred villages and hamlets in the Timok region, examining thousands of exhibits, copying the ornamental designs they found and studying knitting techniques. The result is the Popović collection, which contains about seven hundred ethnographic items from the late 19th and early 20th centuries. Their collection includes 308 double-knit socks and an album that’s unique anywhere in the world, containing 240 original drawings of socks in their original size and colour, 734 colour ornamental motifs, of which 426 are compositions of folk designs, as well as 800 boards with designs drawn in black-and-white. The collection also includes manuscript material with a research map of the Timok area. This valuable ethnographic and artistic material was declared part of the Serbian cultural heritage in 1965. 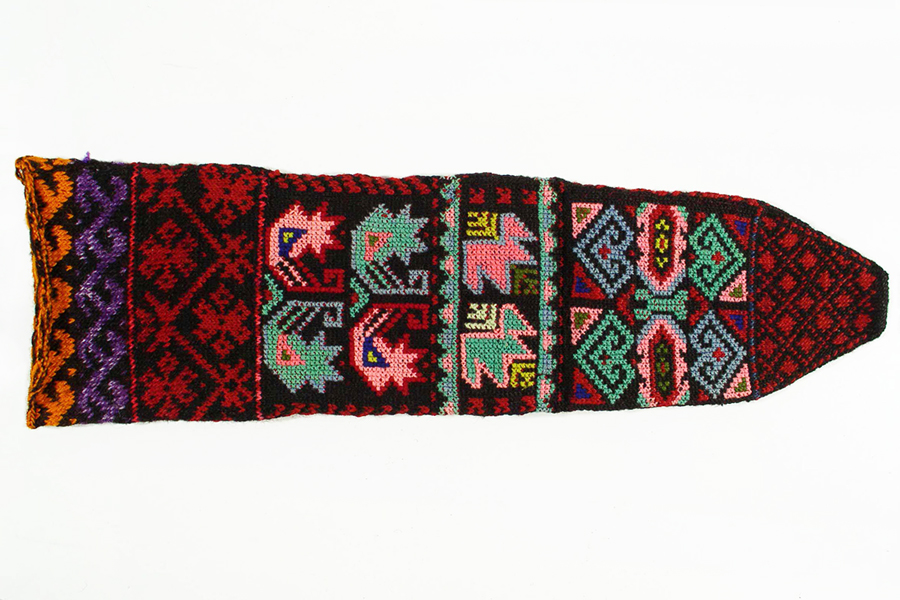 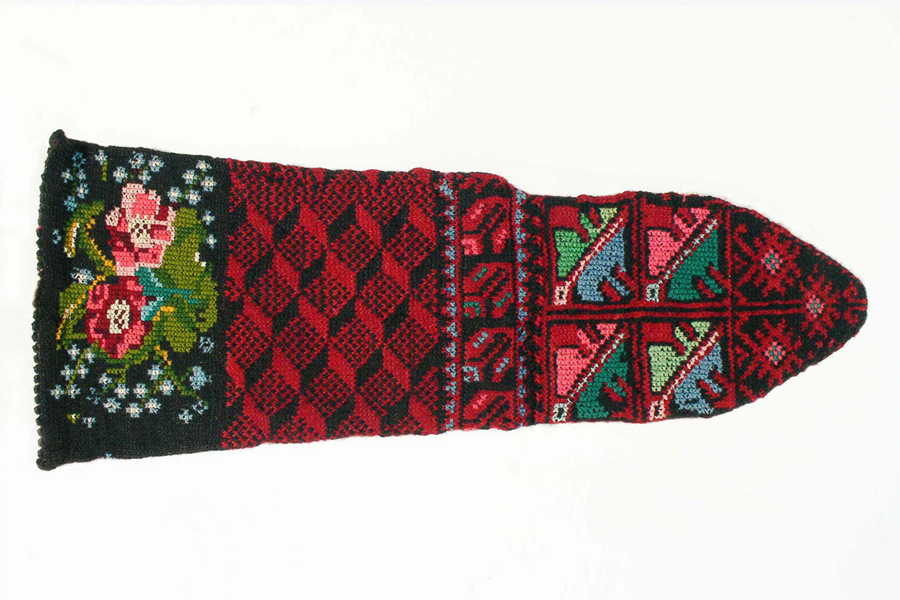 – A novel about woollen socks, the craft’s beginnings and development, drama, conflicts and tragedies, was created by our peasant women, knitters, through their double-knit patterns. We just looked and discovered the meaning of double-knit elements, patterns and symbols, we understood what they meant and what they represented, then expressed that through words. Look at the themes of these pieces. It is no coincidence that their themes were a flower, a bud, the little vine, delicate petals, leaves, stars, a pigeon, a chicken, all the most beautiful things in nature that exist around us, in us, everything that surrounds us in the heavens and what is there in the cosmos, and in the micro cosmos. The beautiful arabesques mix, merge and cross paths with wonderful miniatures… In all conditions, favourable and unfavourable, with people, along their friendly, glorious, humane double-knit ornamental path, from enormous heights to immense depths, bottomless and with no end. Well is that not a novel about socks, created and told through their shape and colour by our knitters, shepherdesses from the Timok area, lake fairies from the Timok… – says Svetozar Popović, speaking rapturously about his study.

The socks are knitted from two yarns, hence the name, and are knitted from the top of the foot toward the heel, and then, when the foot is finished, the knitter continues with the “upper” part, which is knitted with four knitting needles. Each sock has a “garter” – a small string used to bind the socks and prevent them from falling down. Luxurious socks of bright colours and patterns were made for special occasions – religious holidays, Saint Day feasts, weddings, christenings etc., while socks with milder colours and simple two-tone designs were used for everyday work. Interestingly, double-knit socks for children were not made, as making certain ornamental motifs requires dense double-knitting and, thus, such small socks would be stiff and rough. 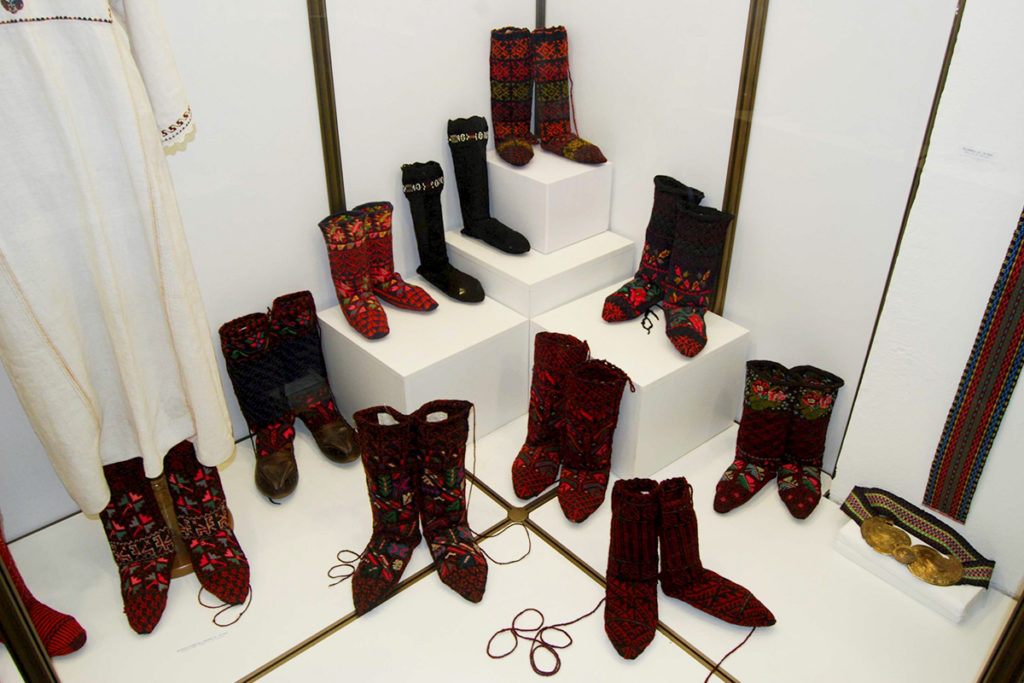 The collection was presented through the exhibition Timok’s Double-knit Socks, prepared by Dušica Živković. The exhibition has an accompanying catalogue that summarises the research of Svetozar and Vidosava Popović. According to the text of the catalogue, the appearance of double-knit socks can be traced from the Pamir Plateau in Central Asia toward Europe, to its northern and southern borders, all the way to the shores of the Atlantic Ocean. Double-knit clothing was brought to Central Europe and the Balkans by Slav arrivals during the great migration of peoples. During the centuries-long journey taken by the double-knit sock, Svetozar and Vidosava Popović single out two epochs: the pre-ornamental and ornamental, noting that none of the elements of folk costumes have as many patterns, motifs and colours as double-knit socks. They have recorded, and also proved, that this art achieved its zenith in the Knjaževac region.

If we try to understand the excitement that made Professor Popović compare the knitting of socks with the beauty of water nymphs – the lake fairies, we may perhaps be able to read in one breath his “Novel of woollen socks”, which was told through the threads, imagination and skills of simple peasant women.