Be the light you want to see

Home » Be the light you want to see
Previous Next

Be the light you want to see

She lived in Rio, one of the most exciting cities in the world, but she dreamt of Zlatar, Golija, Prokletije … The horizons and profession of Svetlana Dingarac, born and grown up in Belgrade, changed when she was mountaineering for the first time – instead of opting for her career as a construction engineer, she chose the one as a photographer. She has participated at over one hundred and fifty collective exhibitions in the country and abroad, prepared monographs, books and publications, had successful exhibitions prepared by her own self and has been awarded with a large number of awards and acknowledgements for the work she has done.

Today, we admire your photographs, but we might also have been admiring your buildings?

Yes (laughing). My grandfather and my father were famous construction engineers, and logically, after having studied construction, I was supposed to continue the tradition incepted by my family. My journey to Durmitor in 1993 and the photograph of that landscape that was taken by Branislav Strugar, however, opened a new chapter in my life. I fell in love with the strength of nature and photography, i.e. the power of a photograph to record the link between nature and man. A feeling of freedom and rapture inspired me to take a handful of pictures.

I began to invest in my photo-equipment and went on outings throughout Serbia and Montenegro, recording the atmosphere and people I would come across on my journey. I became familiar with and began to like the village, which I had never had a contact with before. I was a typical young girl from the city, who only wished to wear modern clothes and put on her makeup. Instead of high heels, I started wearing heavy hiking boots; instead of going shopping, I began to mountaineer, and I would spend hours in my walks only to immortalize the rising of the sun, a village in the mountain… The first works that I sent for an exhibition were highly graded; Branislav Strugar was also a member of the jury. My interest in photography developed because of my love for nature, only to later be expanded to other themes as well. One can even say that I “made requital” for the debt incurred by my family (laughing), when you come to think about the time I have dedicated to taking pictures of architectural edifices, bridges, cultural-historical monuments, churches… I have made a voluminous series of photographs of the Fortress of Belgrade, Viminacium, the Monastery of Gradac etc.

My job of a photographer has introduced several professions to me (laughing). I had a chance to “live the life of an archaeologist” while I was taking photos of the Viminacium Archaeological Park; during my stay in the monastery, I would get up when the nuns did and I followed the way they lived.

Photography has been your door to the world?

In the last few years, I have been travelling to and working on projects in Brazil, Syria, Cambodia, República de Cabo Verde, Greece and the USA. The last destination I went to was Armenia. Under the auspices of the US AID, I participated in a project dedicated to the advancement of the tourism of this country. I prepared three guidebooks, and I am also engaged in a project devoted to rural tourism in the Black Sea zone, which encompasses Armenia, Georgia, Turkey and Bulgaria.

Tourist photography has increasingly been attracting my attention. People make a selection with their eyes, and a good photograph is capable of demonstrating the monumentality of a scene and the enchanting beauty of a landscape. It is a priceless asset, when it comes to propaganda!

I think that each country is exotic in its own way. Many tourists consider our country as an exotic one! The question is – have we displayed it? Golija, for example, as a Biosphere Reserve, according to a decision made by UNESCO, is specific for Serbia. A rich cultural heritage, the traditional way of living, natural rarities and other assets have been preserved. Has it been sufficiently promoted? 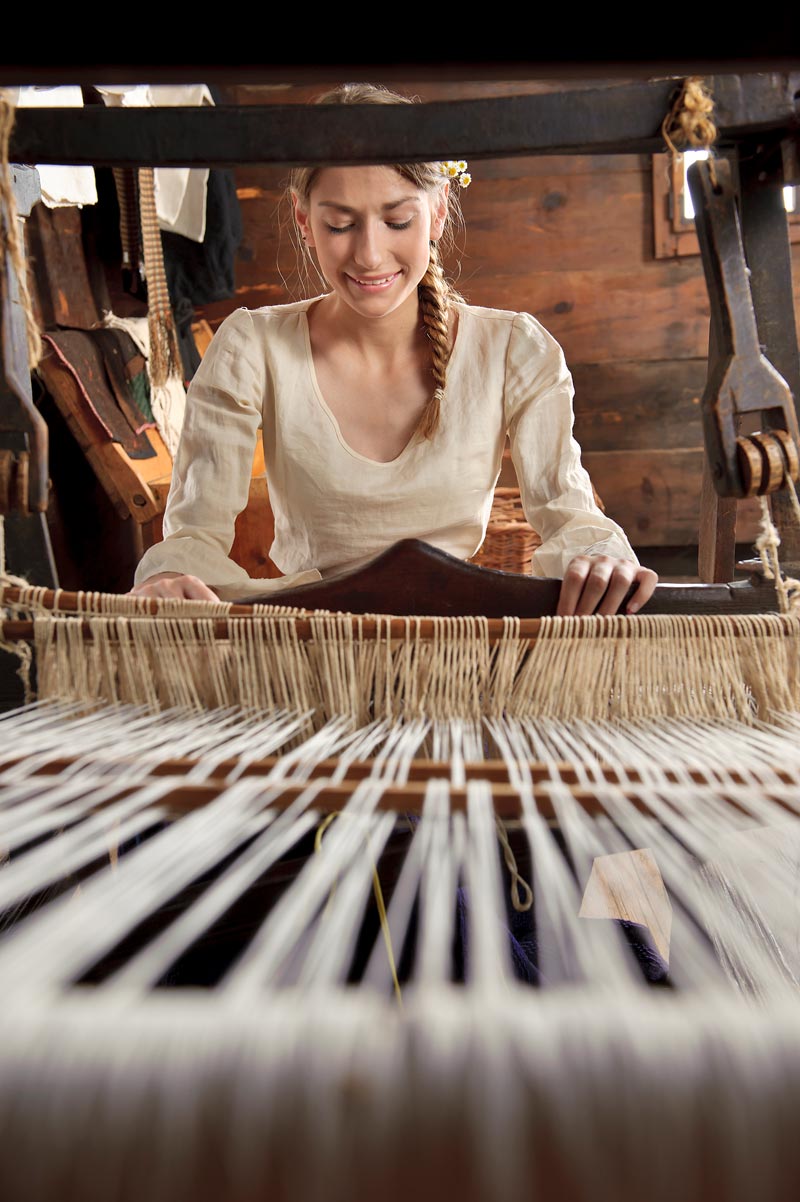 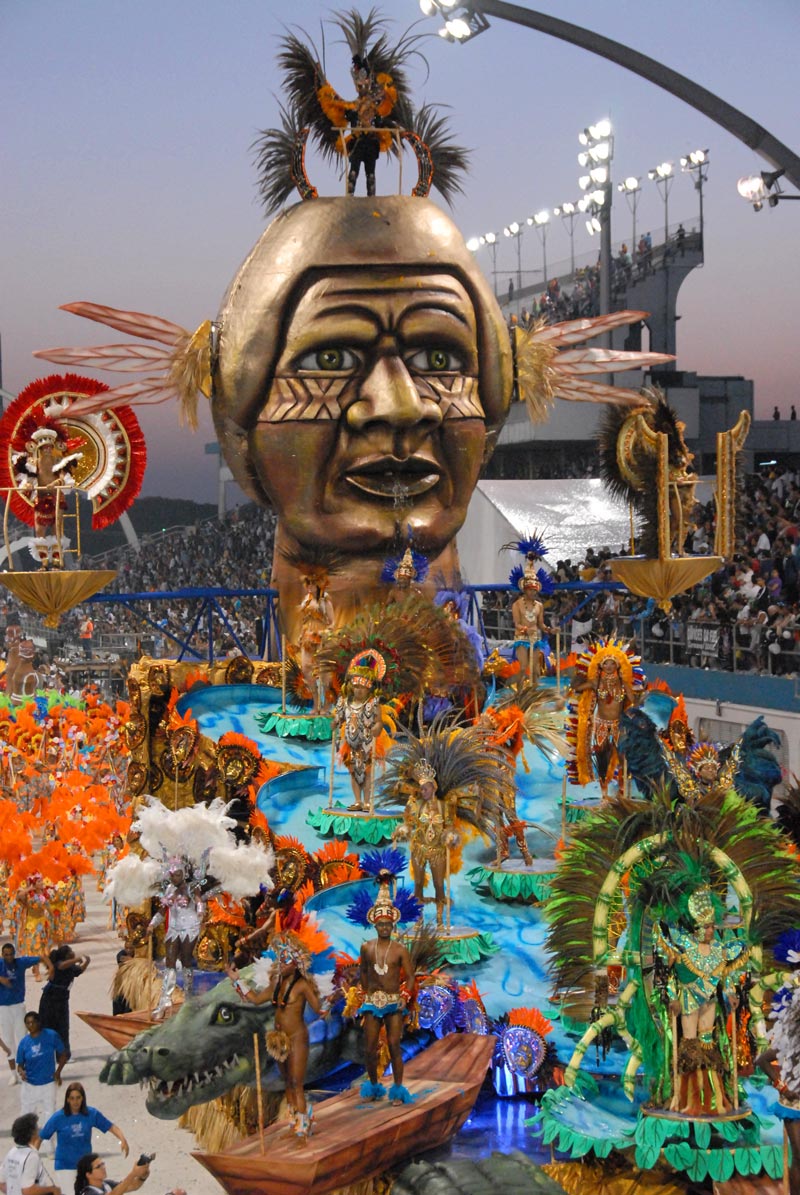 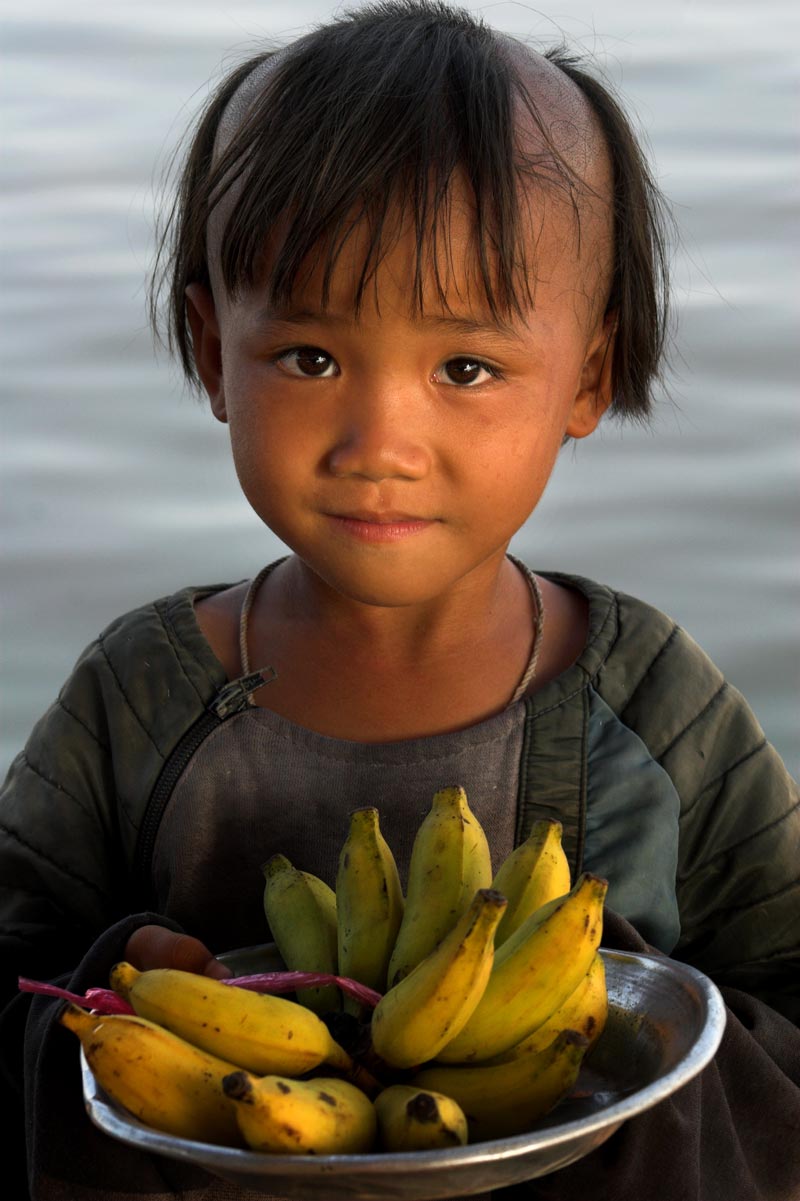 According to you, every person should be doing what imbues him/her…

I am a member of the Association of Applied Arts Artists and Designers of Serbia and a Candidate for the Master of Photography at the FSS. It was my wish to engage myself in art photography, but art photography has not found its place in this country.

Today, anyone seems to be able to engage themselves in taking photos, for which reason, of course, the quality suffers. Technology has made progress; it is also possible to take pictures with a phone, so it has become some kind of mass entertainment. A quality photograph and photography as a medium have not been sufficiently paid for, nor have they been valued as such.

Project designing is the path I have opted for. I did Three Ideal Days in Serbia, Ten Ideal Places Along Corridor 10 and other ones. I am interested in projects in tourism, and photography is rather significant there. I am researching, looking for roads that are less travelled and through itineraries I create, I suggest that people should return to nature and tradition – no matter whether it comes to mountaineering, paragliding or making presentations of old crafts and winemaking. I would like my photographs to make people think about the link between man and nature, the one that has been broken by the steams of contemporary life.

Every photographer has his or her own sensibility and interests and works in his or her own way; but, no difference should be made on the basis of the sex. Yet, there is one example I would like to tell you about: in 2001, the photographs that I presented short-listed me for going to Siberia. However, I did not go since they had not expected, nor had they planned, to have a woman going there with them, so that has remained my dream not come true.

I would like to highlight my cooperation with Milan Živković, who I did some modeling for. As a model, I tried “to see the photo”, and it was an interesting thing for me to find myself on the other side of the camera, too. My cooperation with Fadil Šarki enabled me to gain a different experience. Our original idea was to take photos of rocks and the sea in Sithonia, but ultimately we did some nude modeling in nature. Actually, we told a story about estrangement between a woman and a man. Together, we thoroughly weighed the pros and cons of each single scene and changed places – we were both the photographers and the models. This series actually speaks about the contemporary world and contributes to the richness of an expression and the width of the way in which one sees a photograph.

Your client list is impressive. How much do photographs speak about their author?

I couldn’t make a decision and say – that photograph is, actually, me. What I aspire to achieve in each photograph is beauty, harmony, light…I always seek light! Once I have brought all my travelogues, monographs and projects to an end, I might find a small village, engage myself in tourism, in Serbia, of course, and take the photograph. 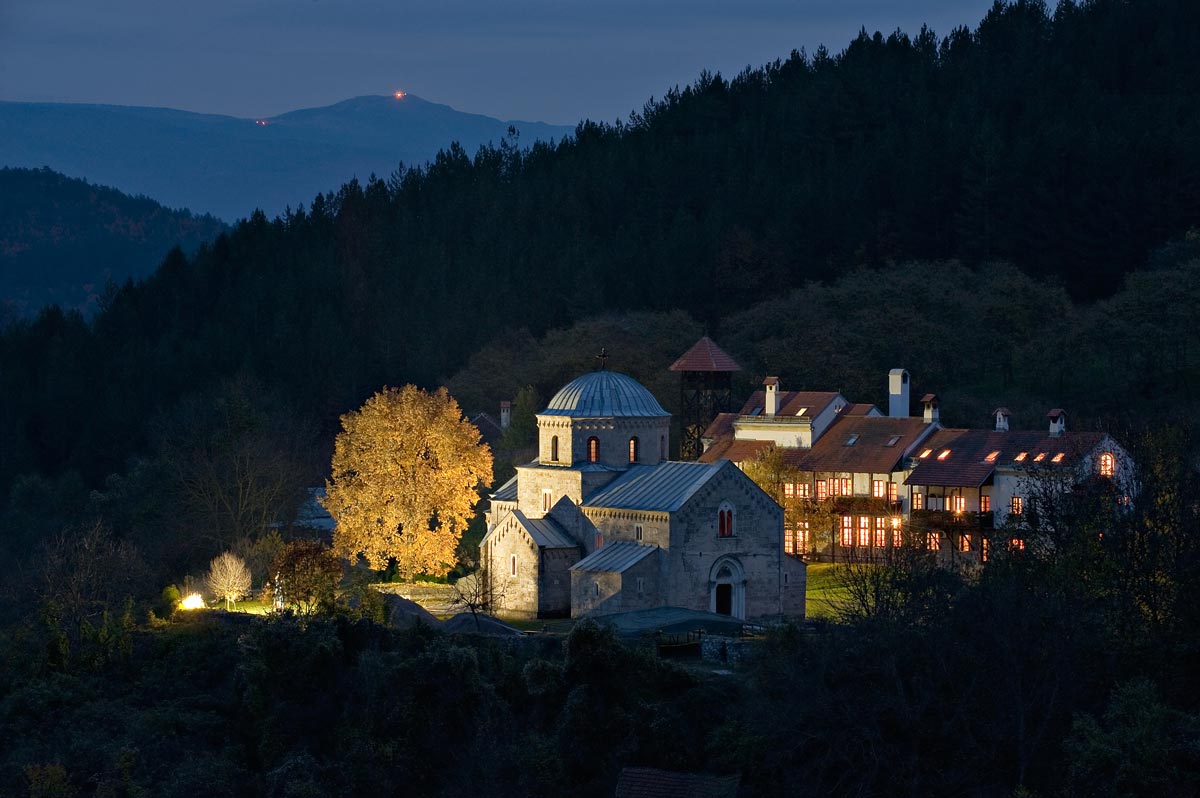 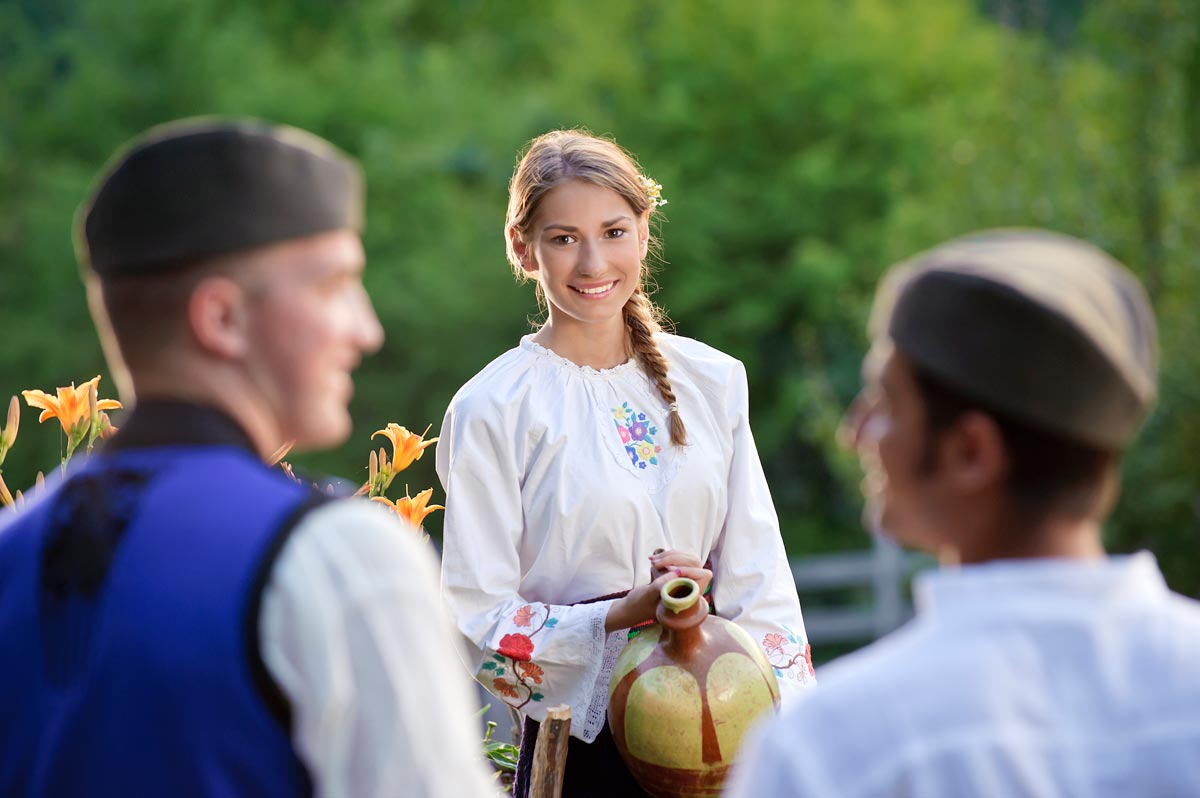