An outing to the roof of Belgrade

Home » An outing to the roof of Belgrade
Previous Next

An outing to the roof of Belgrade

Serbia’s most beautiful and most significant telecommunications tower is among the city’s five most visited tourist attractions. Apart from the unique panoramic view, tourists and excursionists can also experience the diverse attractions of the newly-opened complex: a rich souvenir shop of authentic Serbian products, sports and children’s playgrounds, a café, a restaurant, a fitness center in the open air, an ethno-shop etc.

The Avala Tower on the mountain of the same name is also a Belgrade gate. The new tower was built in 2010 and is the replica of the old one destroyed in the NATO bombing of 1999. It is a real pleasure to reach the top of this building – the highest in the Balkans – by one of its two elevators and watch the city and its surroundings from the belvedere or the Panorama café-bar. One of the most remarkable testimonies to the beauty of the view from the top of Avala was left by famous Belgrade writer Duško Radović: “Let’s enjoy to our hearts content, fill our eyes with that beauty. Those hills and groves in the south – that’s Šumadija. And the green and yellow, endless plane over there, across the river – that’s Vojvodina, our grain-rich region. If you want to see all that once again and even farther, then we’ll go to the top of the high-rising television tower… From here, it’s possible to see Mačva in the west. And the white meandering band – the Morava, in the east. Southwards – a view stretches all the way to Rudnik Mount. In the north, there’s Syrmium. Downwards – Belgrade! And the sky above!”
Together with the unforgettable view, the timbered landscapes, the fresh air and the monument heritage that have also been the main motives for visitors to come to Avala so far, the new tourist complex offers a wide spectrum of attractions you can use to fill in your daylong outing: children can play on a modernly arranged playground, grown-ups can use the sports terrains and the fitness center surrounded by cultivated greenery, the refreshments and food offered by the Avala Café and the new restaurant. We recommend that those curious should also visit the unique museum setting, at which the history of the “Broadcasting Techniques and Connection” Enterprise, the history of the national broadcasting and the world discoveries in the field of telecommunications are presented.

In the park of nature and history

The signposted mountain paths are ideal for one to go for a walk individually or decide to go on pedestrian tours organized by the Avala Mountaineering-Skiing Club. You don’t necessarily have to have a bottle of water with you when mountaineering or walking because there are as many as eight springs on Avala. The best-known is the Ledinac – Ice Cold Spring. Accompanied by a guide, you can also learn a series of interesting things about the millennium-long history of this space: on the southern slope, there is the Hollow Rock lead mine, which, according to certain archaeologists, is one of the oldest in Europe, originating from the 7th century B.C., from the epoch of the famous Vinča Culture. Mining was also blooming at the time of the Romans – from the Red Hill mine in today’s settlement of Ripanj, in which lead and zinc, together with silver and gold, were excavated.
In order to safeguard the access to Singidunum and protect their mines, the Romans erected the oldest fortification on the top of Avala. In the early Middle Ages, the Slavs erected their fortified settlement of Žrnov in the same place. When Belgrade fell into the hands of the Ottomans, Žrnov lost its strategic importance. In 1934, the well-preserved remains of the fortified city were blown up in order to build the monument to the Unknown Hero – one of the symbols of Avala – in its place. 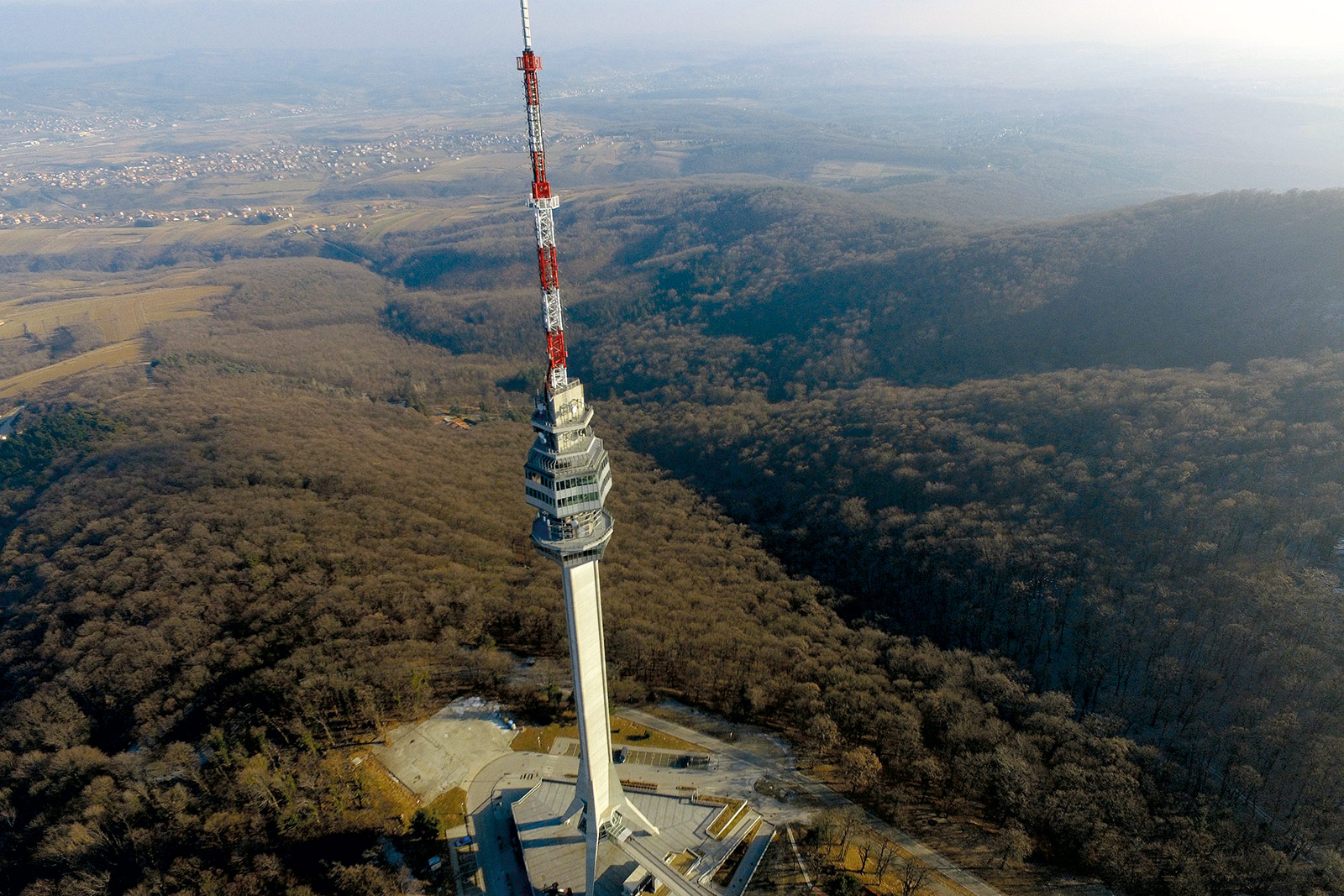 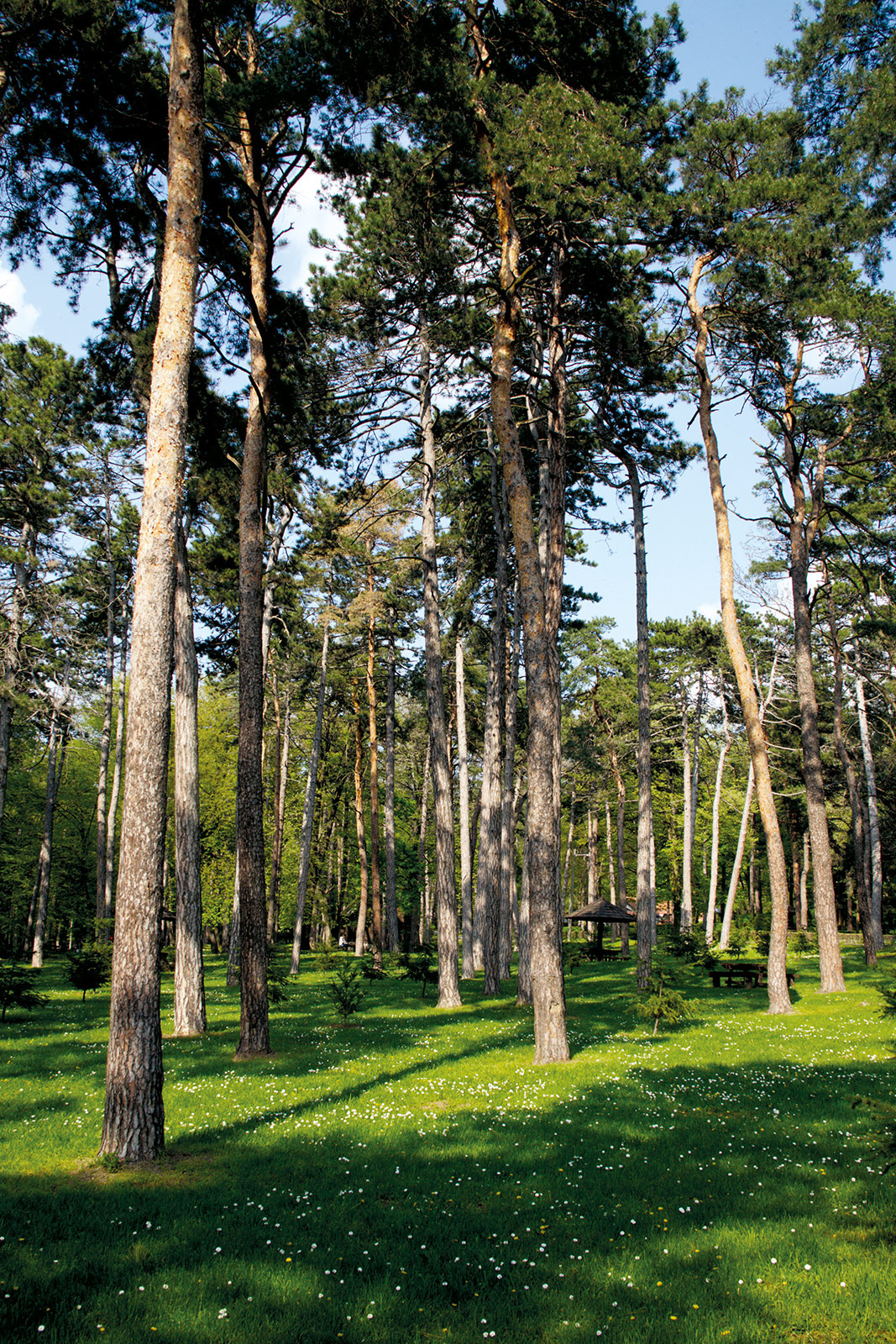 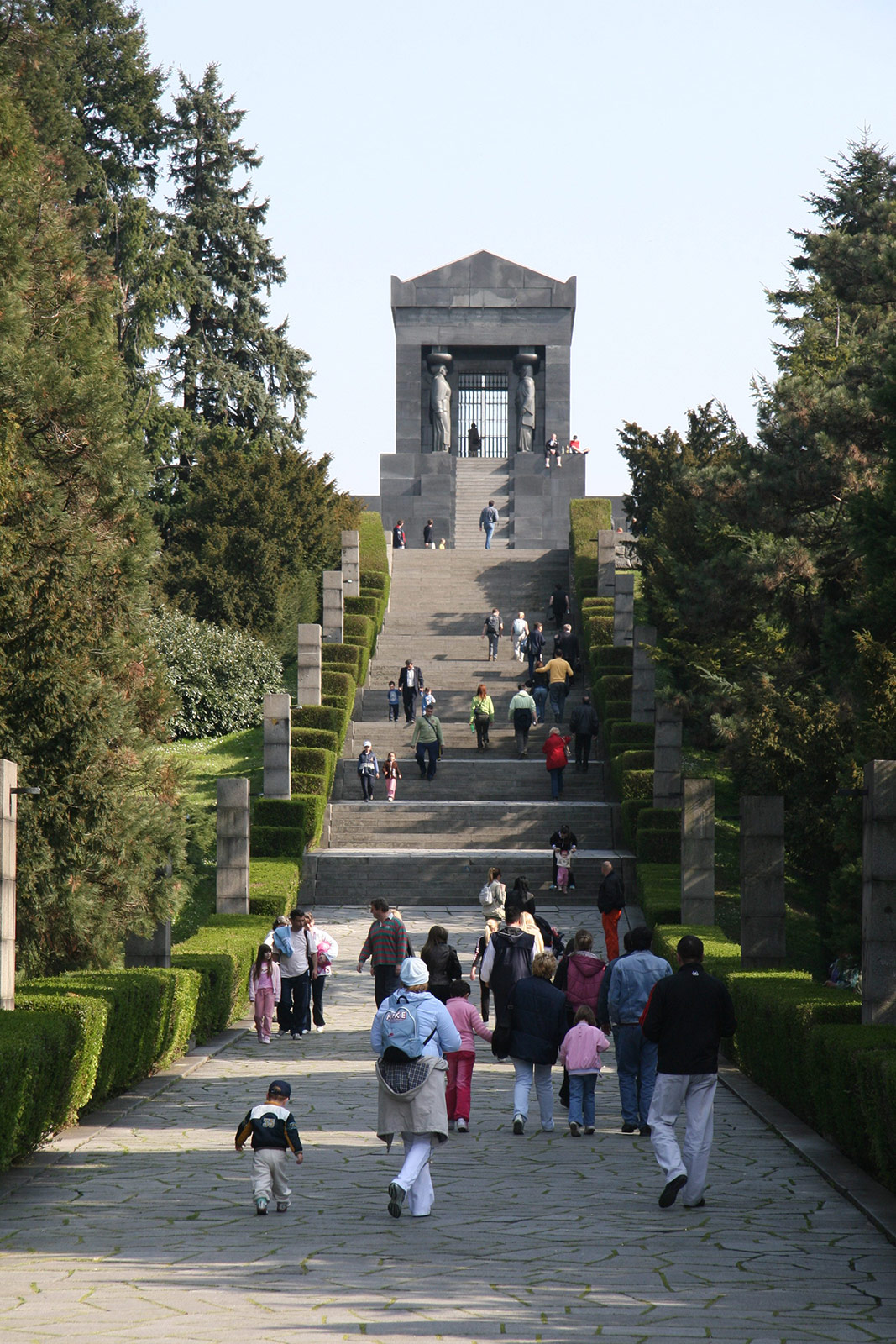 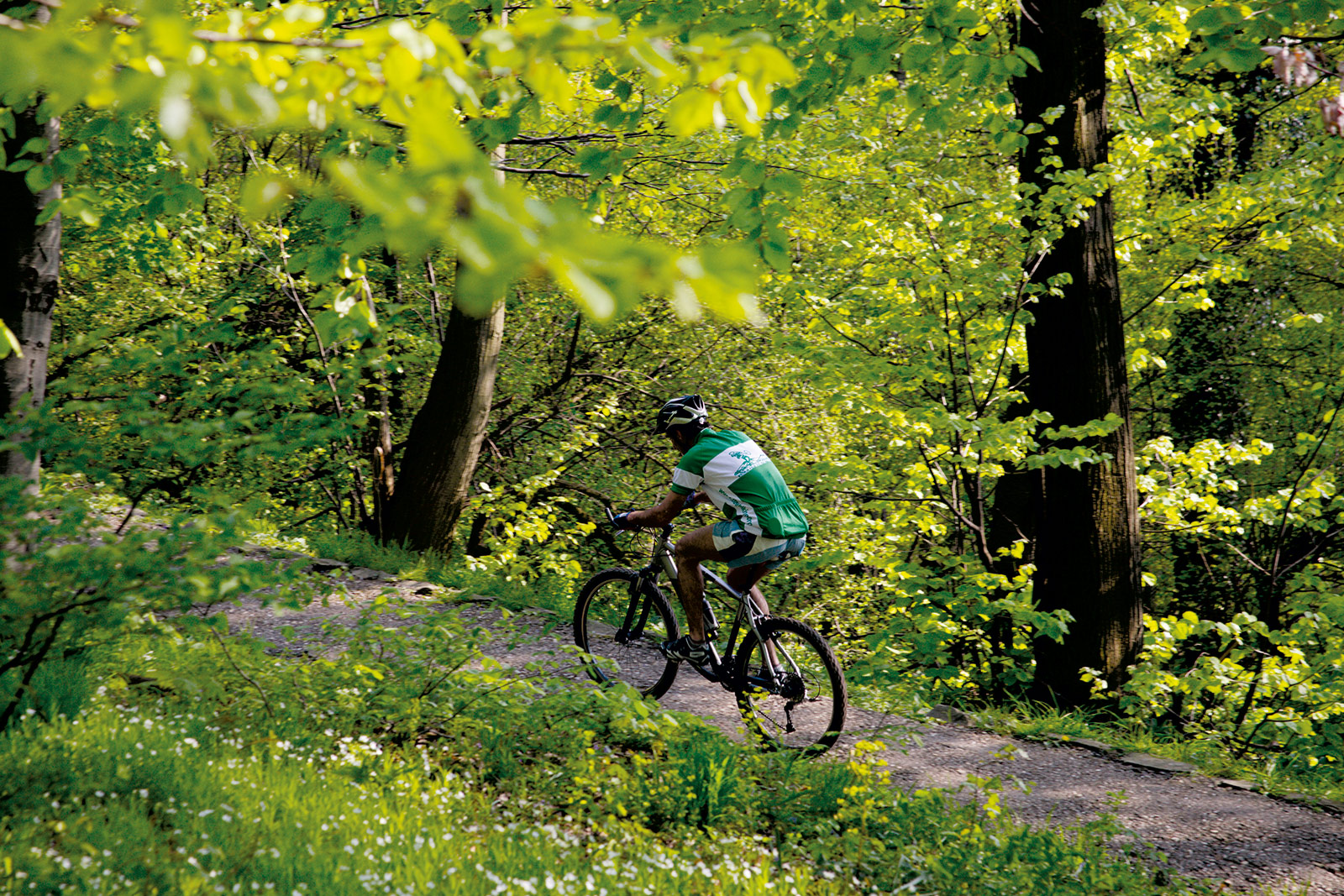 A memorial to warriors and the uniting of the South Slavs

The construction of this monumental edifice was initiated by King Alexander I Karadjordjević. The monument is a memorial to the heroes of World War I and the Balkan Wars and was built in the place where the villagers of the surrounding settlements had built a monument on the tomb of the unknown fallen warrior of World War I.
The complex was constructed according to the drafts made by the greatest sculptor in the Kingdom of Yugoslavia Ivan Meštrović. The building was designed in the neoclassical style, in the form of a Greek temple, the tomb of Kiro II of Pasargad Persia serving as an inspiration for that. The tomb is surrounded by pillars – the caryatides. Those eight sculptures dressed in national costumes symbolize the mothers of the soldiers, the nations, and the regions of Yugoslavia. A woman from Bosnia, Montenegro, Dalmatia, Croatia, Slovenia, Vojvodina, Serbia and Macedonia are represented.
Among the monuments on Avala, you can also see the Monument to the Soviet Military Veterans, which marks the place where the airplane with a Soviet delegation crashed. In the immediate vicinity of the Tower, there is a new log church, in the Serbian-Byzantine style, dedicated to Despot Stefan Lazarević.

The souvenir shop at the foot of the Avala Tower is conceptually unique – nice small things that will remind you of your visit to Avala are exhibited in it, together with the authentic, chosen products representing different regions of Serbia. Wehad a conversation with Nataša Drulović – Sales Manager of the National Tourism Organization, who was the Project Leader from the idea to its realization: “By thinking out the souvenir shop’s attractions, we wanted it to be a representative showroom for the best products from Serbia. Souvenir makers were given the task to creatively work out the objects reflecting the authenticity of the regions they come from, meeting high standards of quality and being made of natural materials. I’m proud to see a selection of the most beautiful souvenirs from throughout Serbia here today, where visitors can buy wool rugs, ceramic and glass objects, selected Serbian wines, brandies, nicely wrapped up jars of jams and sweets, T-shirts, magnets, different cute little things.” 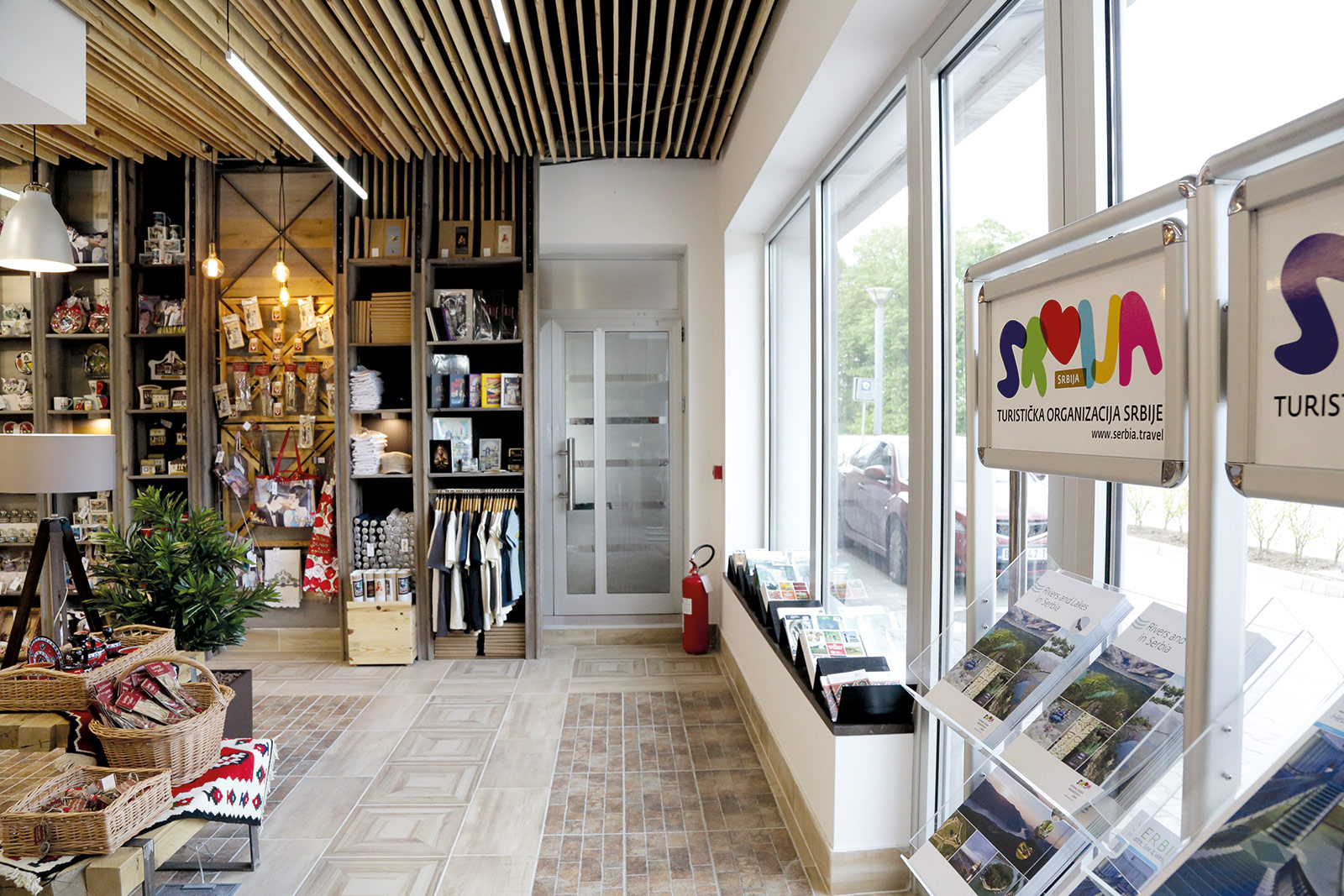 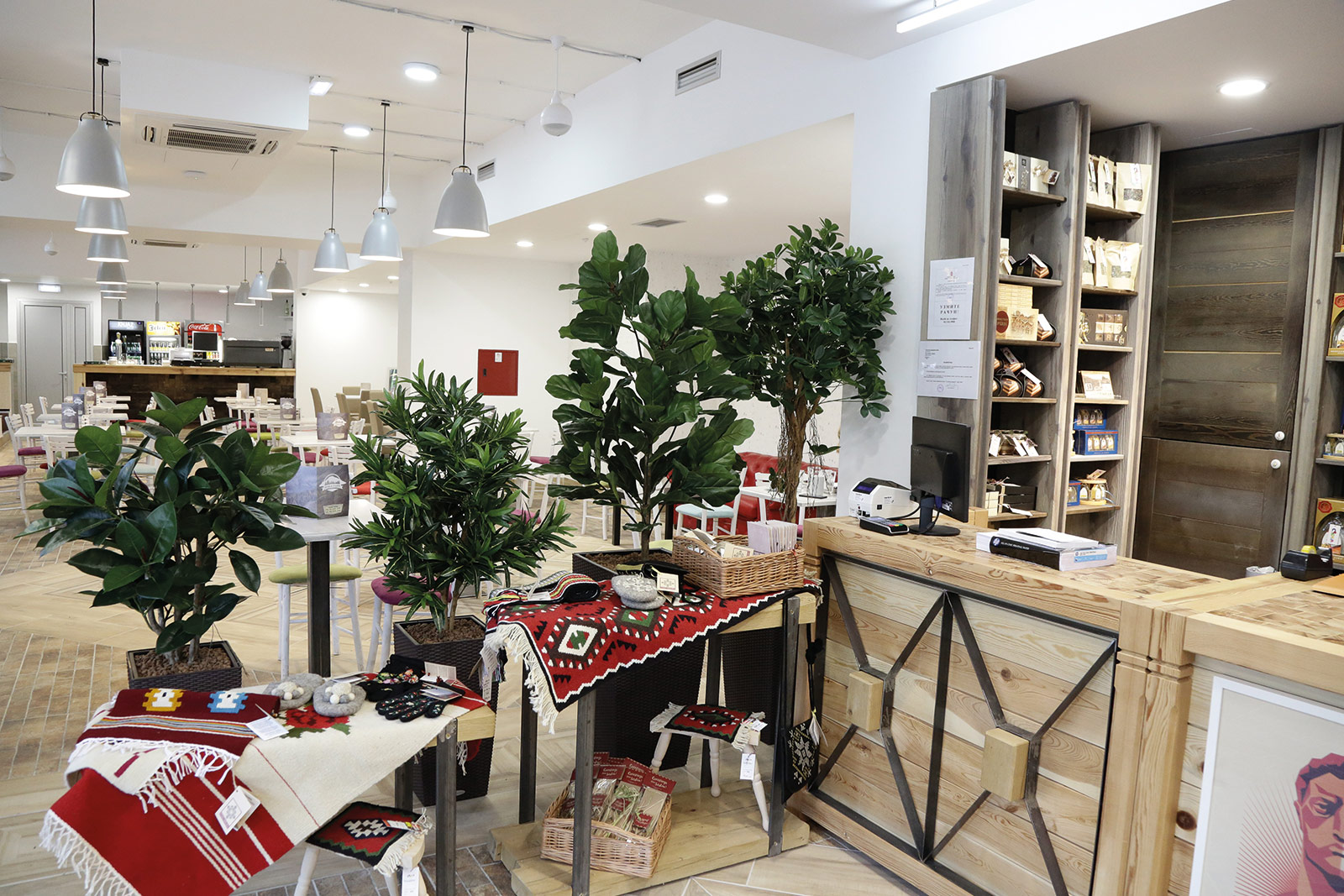 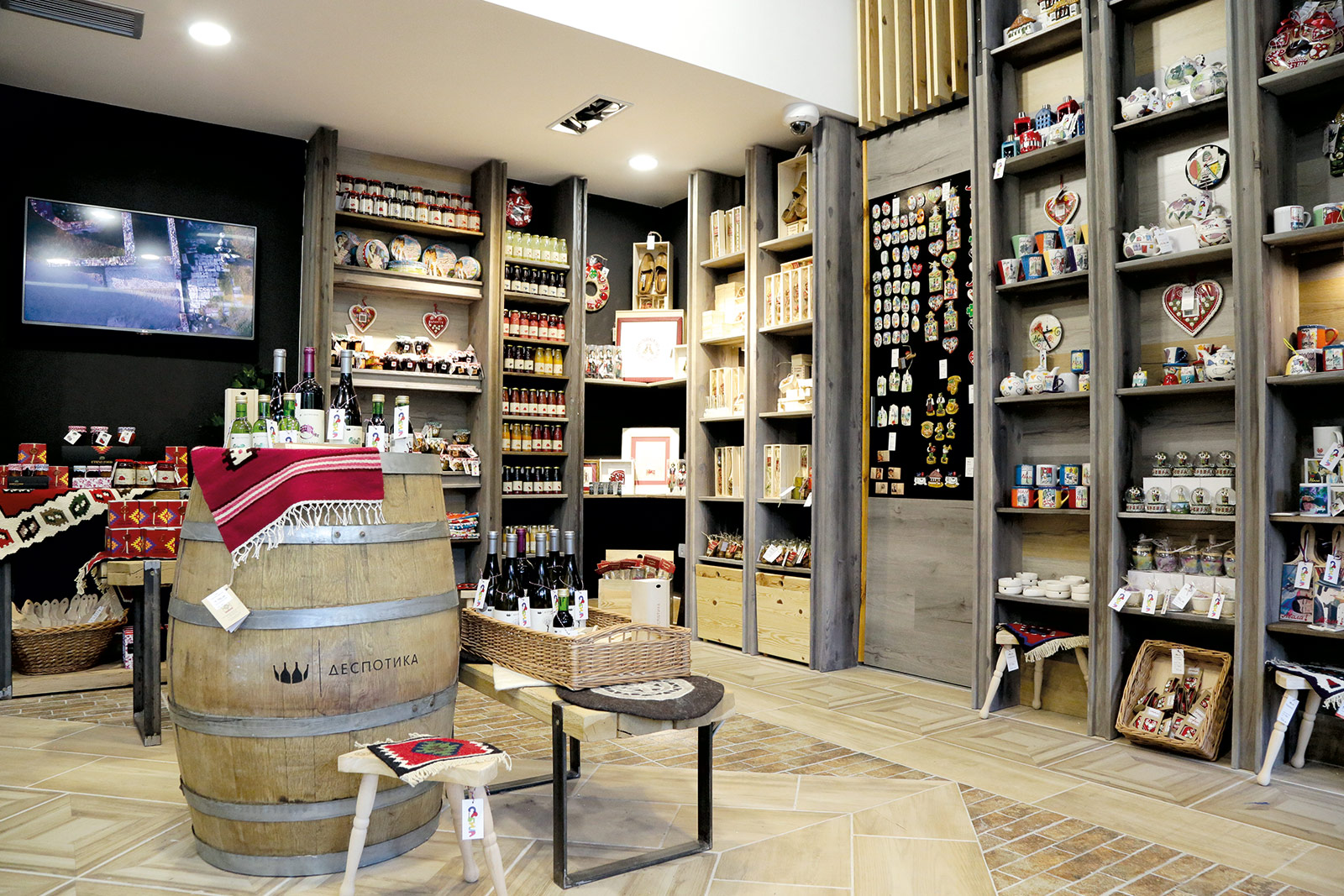 Among the unique objects on the shelves, colorful Serbian sashes worn as a belt, which can also be a decorative object in a house, will draw visitors’ attention, too. Rugs with the motifs of the kilims of Pirot and Sjenica, two-string knitted socks from the region of Knjaževac, sophisticated gold-woven towels, hand-knitted gloves, etc. are also exhibited. The majority of the handicrafts are made by the women gathered within the Ethno-Network – a national professional organization, whose members produce traditional handicrafts with the aim of preserving old and forgotten production techniques and professionally training the women for market production.
At the shop, hundreds of products that can become your sweet memory are exhibited. From this abundance, we single out the fairytale-like small houses from Vojvodina, villagers, trumpeters and tamburitza players made by Keramika Ras – a family-owned manufacture from Sremski Karlovci. The hand-painted pottery made by Karolina Petrović, with the motifs of the kilim of Pirot, will draw your attention as well. The magnets, cups, bells and vessels made by the Ravno Atelier from Pančevo are very interesting, too. For those who love contemporary design, there is a small niche, in which Dechkotzar T-shirts, with the signature of famous Belgrade designers, are exhibited. 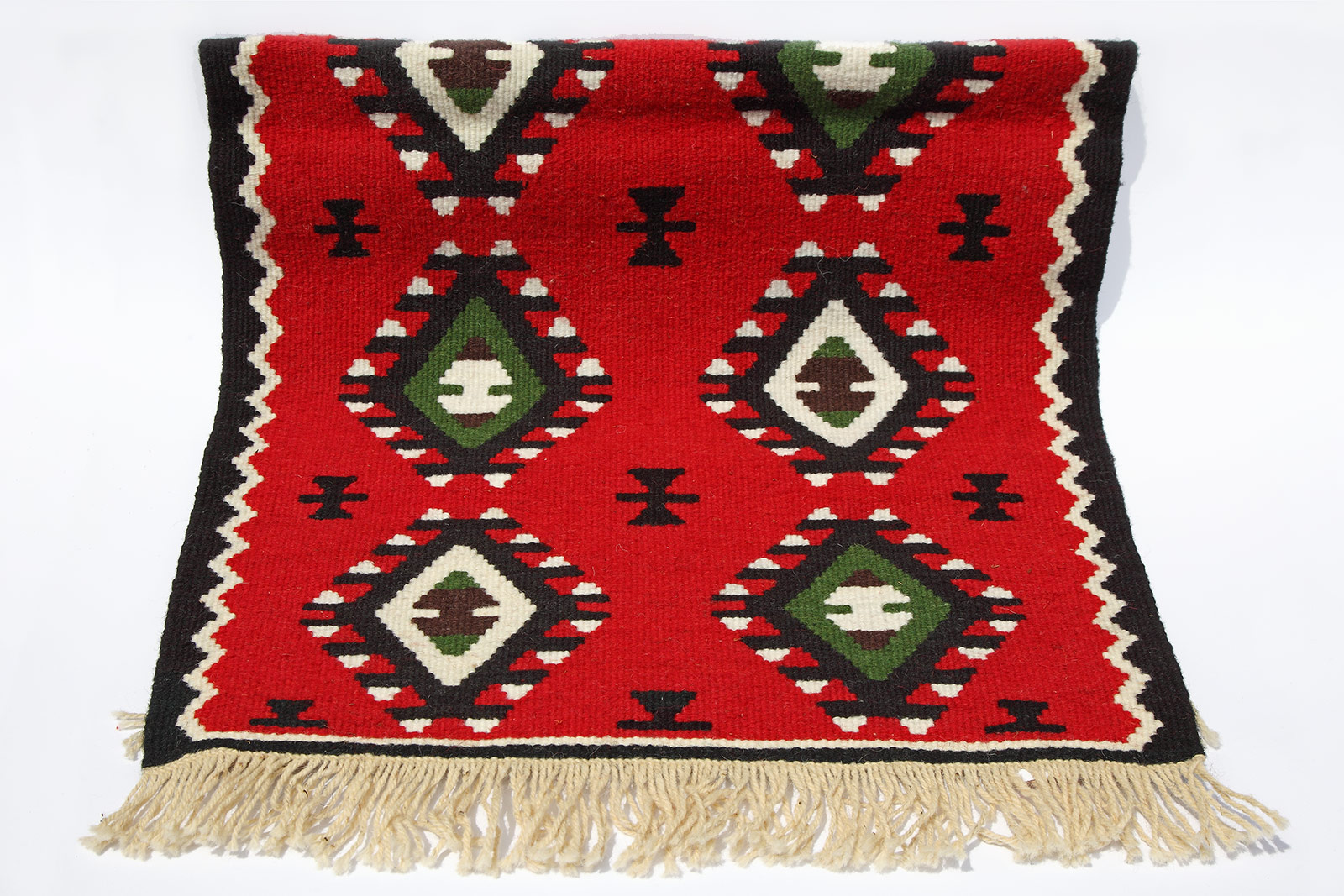 The magic of the kilim of Sjenica

Apart from the widely known kilim of Pirot, at the souvenir shop you can also buy rugs with the motifs of the not so well-known kilim of Sjenica, which has two identical surfaces, so its upper surface can be used for 50 years, and the lower for 50 years more. It is made of fine, thin wool on a vertical weaver’s frame. It is produced extremely slowly, and weavers create the magic of luxuriant roses and imaginative ornaments by combining threads without any sketches or patterns.