Irig is a God-given environment for hedonists, not only because of its exquisite wines and wineries, the beauties of Fruska Gora Mount in the center of which it lies, or because of the abundant interesting places in its environment: the monasteries of Fruska Gora, Vrdnik Banja spa, the ethno-villages of Vrdnicka kula, Perkov salash, the lakes of Međes and Selevrenac… This rather small town is an attractive excursion center first of all because of its cordial, hospitable, but professional people.

The history records that this town was mentioned for the first time in the early 13th century. According to the tradition, there was an important heartland here in the 15th and the 16th centuries. That was the time when Serbian despots, ruled in Srem. There is a record that, at the beginning of the 18th century, the settlement acquired the status of the heartland of the Serbs in Srem. Those were the mythical times in which the famous general Eugene of Savoy victoriously rode his horse leading the multinational army, which also comprised Serbian frontiersmen. From that time to date, over three centuries of the development and hardships of this small town has been hewn into its urban, cultural and mythical milieu.

The economic power of the small town at the periphery of the Habsburg Monarchy started developing in the mid-18th century, first based on the imperial privilege that entitled it to income from as many as two fairs a year, then on its vine and fruit plantations. Beside trade and craftsmanship, wine and fruit growing were the powerful drivers of the educational and cultural life. Men and women of Irig will first tell you that their small town, “the capital of Fruska Gora Mount”, is the exact place where the oldest Serbian Library was established (1842), and that out of a total of sixteen monasteries of Fruska Gora there are eight in their territory: Krusedol, Novo Hopovo, Staro Hopovo, Vrdnicka Ravanica, Velika Remeta, Mala Remeta, Grgeteg and Jazak.

Architecture – A Witness to Prosperity

The urban matrix of the Irig town core is protected as a cultural good of great significance. That is the space which begins with Nikolajevska Church and spans Fishermen’s Square, Ivo Lola Ribar Str., Zmaj-Jovina Str., Stevana Puzica Str. and the surrounding streets, and consists of the buildings whose façades are ornamented with the elements of different styles from the baroque and classicistic to eclectic and secessionist styles. That the small town used to be a powerful urban heartland is also testified to by the downtown churches. The Serbs built as many as three orthodox temples for the needs of their own community growing in number and economic richness, and there is also a Roman-Catholic parish church from the 19th century.

Who knows how the geography of the settlement and the demography of the population of Southern Hungary would have been developed if a plague epidemic had not erupted in the region of Srem only to half the population in 1795/6. An interesting data says that prior to the plague the town’s population had been more numerous than Belgrade’s. As misery loves company, the small town was also affected by phylloxera, which destroyed the vineyards. Thus, the demographic catastrophe was replaced with an economic one. Today, the monument on both sides of the Irig-Ruma road – the so-called “Klipovi” – installed where a sanitary cordon was and where the plague epidemic was stopped reflect a memory of the horrible hardship days. 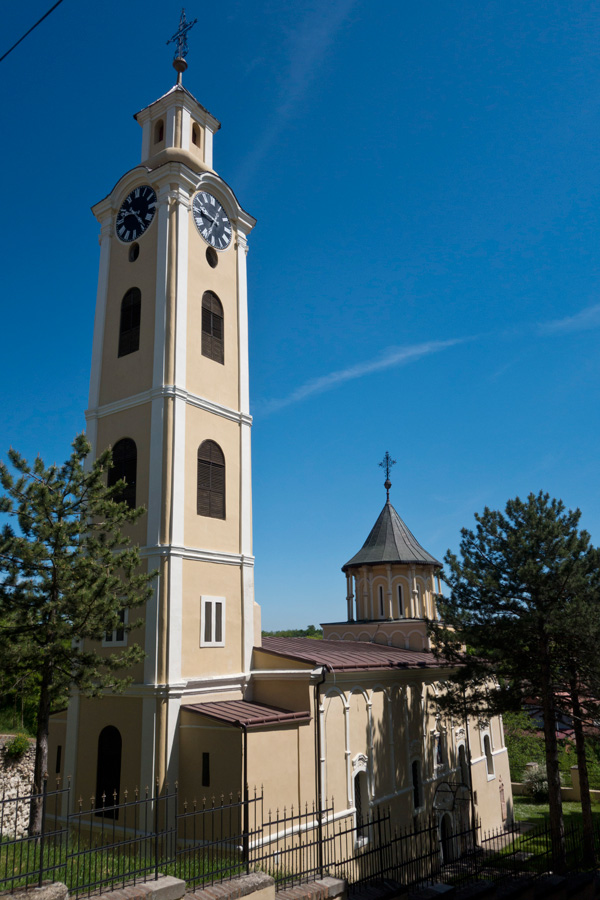 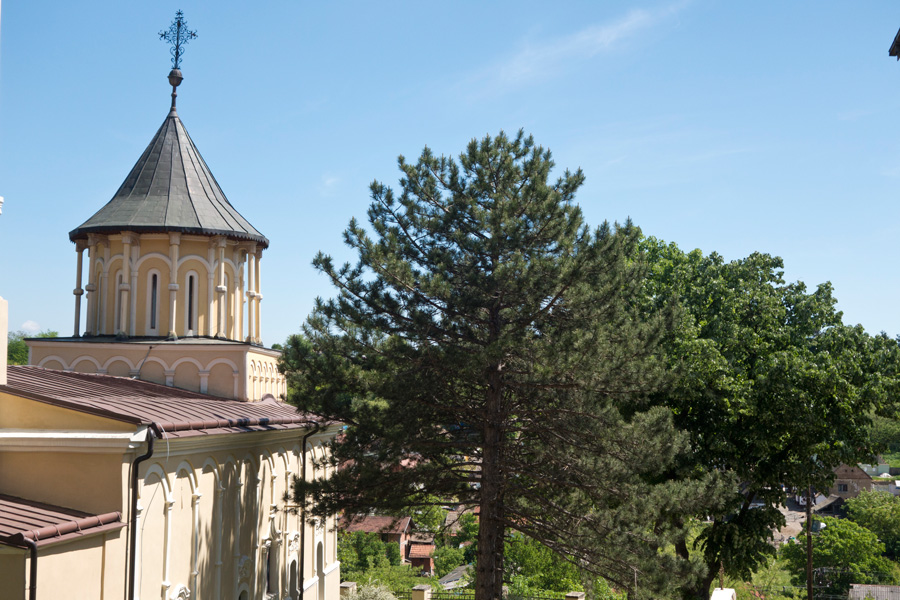 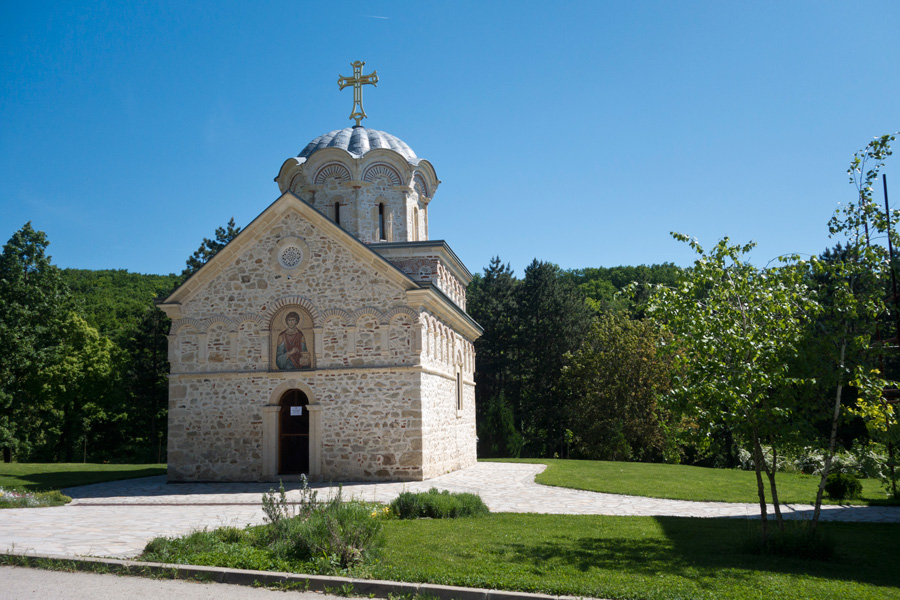 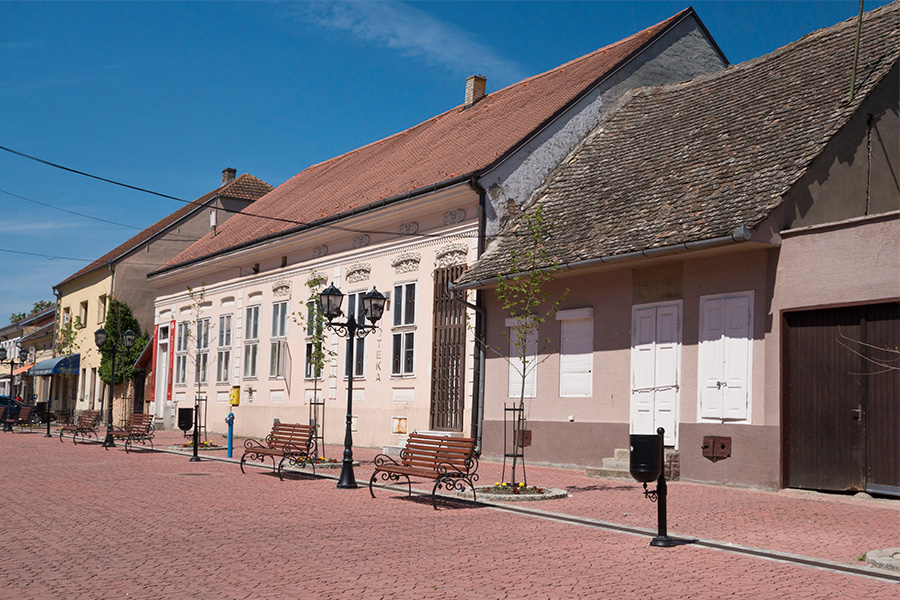 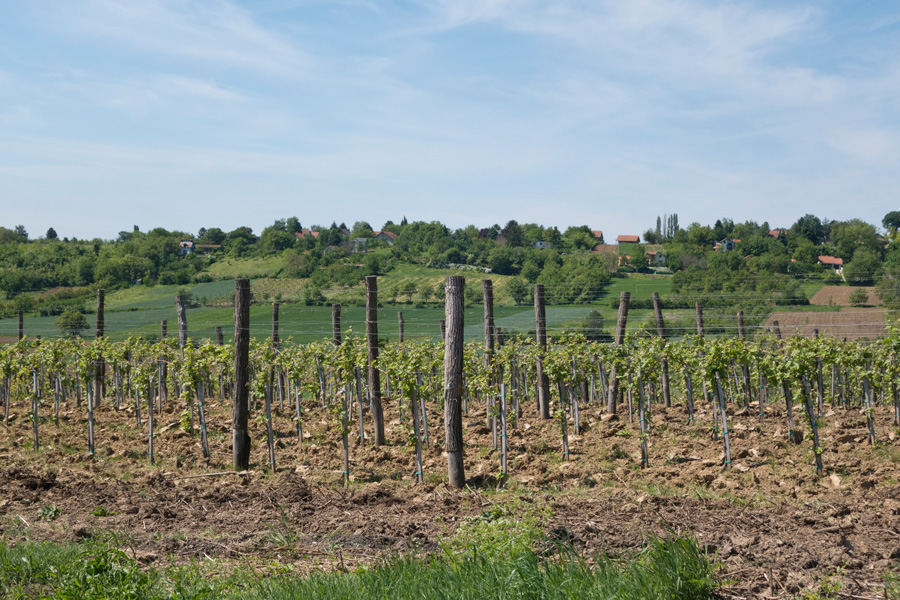 The Fishermen’s Square of Irig is a pedestrian zone today, which is beautified by the Nikolajevska Church at the one end, and the Town Park, at the other. The street has been renamed as it used to be, which reminds us of the long-gone time of abundance when the small town, which is not located near the river, always had an impressive offer of fresh fish. At this square today, the famous wine of Irig produced from the grapes grown on the renewed vine plantations is sometimes offered instead of fish. Fishermen’s Square became Wine Street on February 14, on the day of Saint Tryphon, the protector of wine and wine growers, which is also the Patron Saint’s Day of the town itself. The significant production of wine in Irig was renewed by the establishment of the Irig Cellar (1930), and their wines became sought-after by far. Today, this tradition is continued by Kovacevic Winery, Mackov Winery, Deuric Cellar and Winery.

Today, the Irig Cellar is part of the famous Kovacevic Winery, which offers visits to the Winery, with the included degustation of the wines founded on the family tradition of as many as four generations of winegrowers. In its restaurant, the Kovacevic Wine House offers its exquisite wines: Rhine Riesling, Sauvignon Blanc, Chardonnay, Rosetto, Chardonnay S Edition, Aurelius S Edition, Cuvée Piquant and Bermet.
Mackov Cellar Winery offers its guests a program of visits to the vineyards and the degustation of wines accompanied by cold refreshments or cooked meals. So, there are a “minor” and a “major” degustation with cold refreshments, whereas every sort of wine is accompanied by a different cooked meal, ranging from chicken, pork and beef paprikash with homemade noodles to kebabs and game-meat paprikash typically prepared in Srem. It is hard for one to resist the wines of Mackov Cellar – Incognito, Traminer Perfumed, Lady, Bermet Discretion.
Not only does Deuric Winery, situated not far from Irig, offer its visitors wine degustation, but it also organizes the Wine School course for the interested in its inspiring space.  The famous wines produced by the Deuric House are Probus, Marselan, The Enigma, Axiom, the Wave…

Irig is God-given heaven for hedonists not only because of its wine, the national park of Fruška Gora Mount, the monasteries, the lakes… In recent years, there has been a quality accommodation offer here, which meets tourists’ needs. What may particularly be singled out, however, is the offer made by the Green Day Villa through organizing festivities in the way celebrating “love, closeness, life and hedonism”. As the owners of the Villa and the creators of the new concept of organizing private events write about their own product, “the Green Day Villa is an ecological spectacle, where each of the 3000m2 of the greenery tells its own story.” And the story is told in such a way that via the interior and exterior imaginatively constructed (a violet tree, candles on the grass, autumn decorations of straw and pumpkins) the participants of private events get an impression for just a moment that they are at some Jet Set vintage, shabby chick, retro- or Daft Punk party abroad. 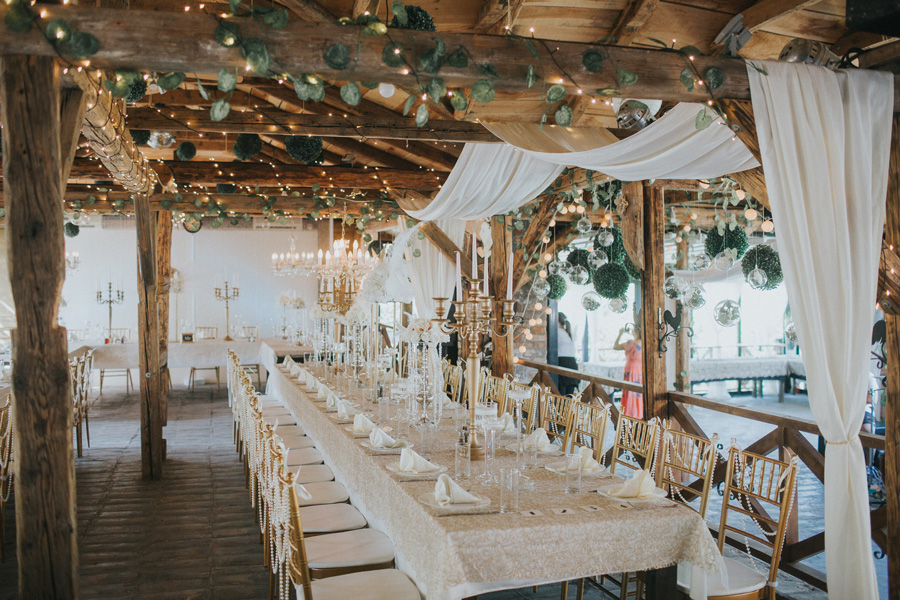 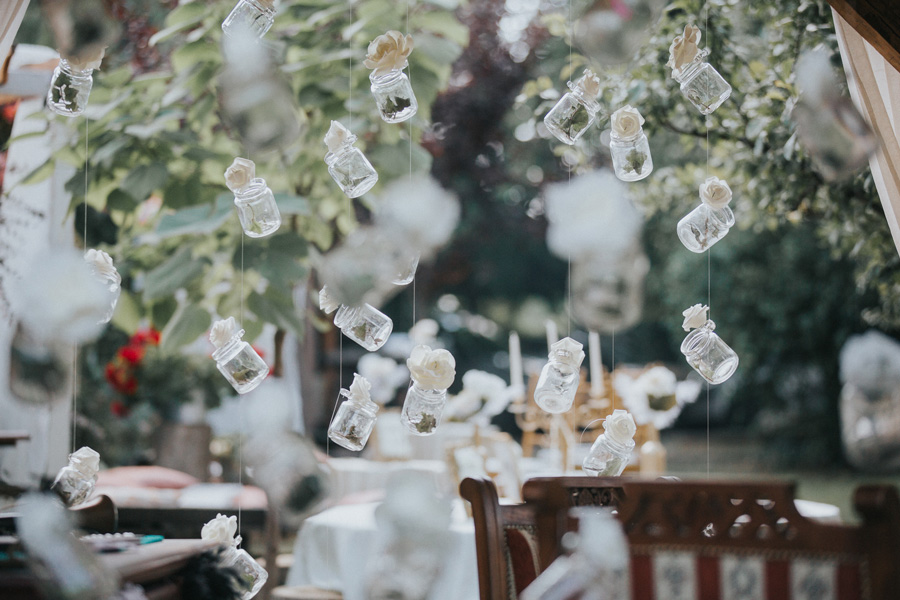 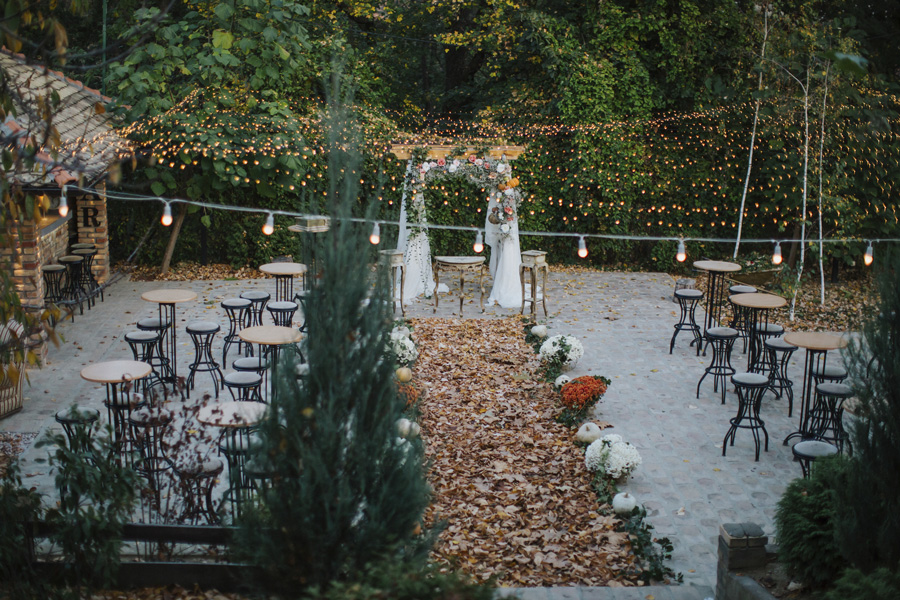 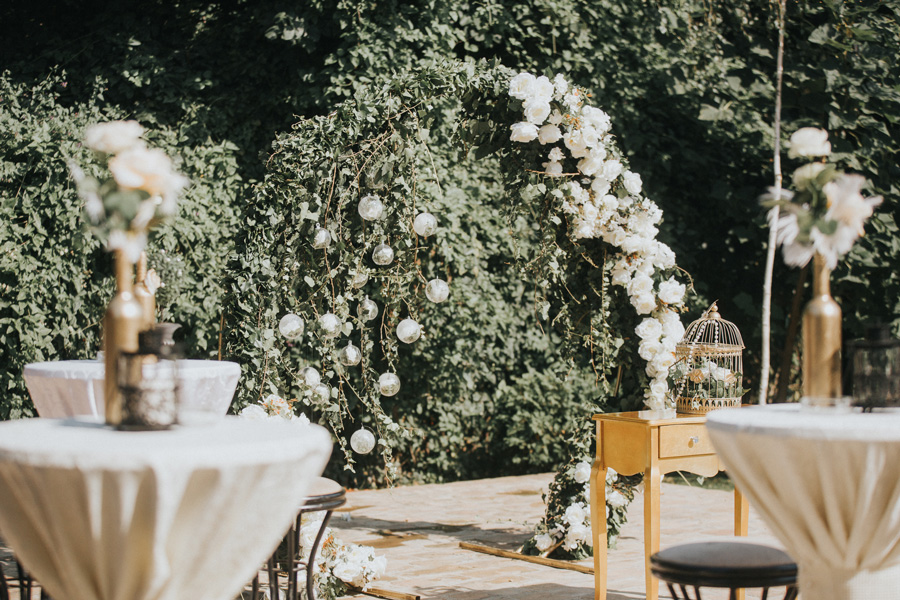 The Irig experience transfers onto visitors a certain amount of hedonistic pessimism interwoven with a breath of optimistic indulgence, which is deeply accompanied and supplemented by the wines of Irig. The nature, art, prosperity, centuries of temptations, life and creation – all these make the historical matrix of Irig, which is also testified to in a special way by its notable persons: the first Slavoni-Serbian woman writer and “lover of science”, Eustahija Arsić; a painter and Ilya Repin’s pupil Vasa Eškićević, and a writer Borislav Mihajlović-Mihiz. The recently reconstructed writer Mihaljović’s birth house, the Culture Development Center today, is also a hope that better times are coming for Irig.