A vault for clay poems

Home » A vault for clay poems
Previous Next

A vault for clay poems

After practically four decades of the existence of the Terra International Symposium, all of the precious items that sculptors from all over the world have given it as a gift are exhibited under the vaults of the former military manège and in the open air. The museum and the courtyard of the atelier are unsurpassable in the world since they preserve the large-format terracotta sculptures of an immeasurable thematic scope as well.

Slobodan Kojić, academic sculptor and professor at the Faculty of Visual Arts on Cetinje, is the initiator and concept designer of, first, the Terra Symposium and Atelier, and now of the museum bearing the same name as well. We were honored to be professor Kojić’s guests and see the spaces he showed us, in which this unique collection was created.

Eulogy to the clay of Kikinda

“While modelling clay, the sculptor actually thinks of the primordial matters of which our mother earth is made. When you’re growing up in a town of clay, where all children knead it since their earliest age, then there’s nothing unusual about the inception of this idea. In Europe, since the disappearance of the Etruscan culture, we haven’t seen a more daring endeavor to reaffirm the almost forgotten technique and poetics of expressing in terracotta, and Kikinda lies on quality clay, on which many generations have lived and still live by making roof tiles, so it’s only wise to praise it,” our host begins his story.

Since its very inception, the Symposium has been envisaged as exclusive: “We’ve been careful in our selection of the guests we’d invite, and we’ve never had more than eight artists. We’ve wanted to give them enough room to create, and in return, they would leave to us a large-sized sculpture and two gallery-format ones. All the other works they made, they took with them, thus establishing many valuable collections. It’s also interesting that, for example, our gest was a sculptor from Bangladesh, the country that is not so well-known for a tradition in this field, as well as artists from Japan, who are world’s leading sculptors,” professor Kojić says.

During the years, a giant collection was established, consisting of over a thousand sculptures, contributed to by more than three hundred artists. When asked how he managed to get the museum premises, professor Kojić answered: “One you’ve got such a treasure the audience cannot see, it was high time for us to open a museum. We survived the wars and bombs, which postponed its opening. The decisive moment was the decision made by the town authorities to purchase the abandoned military manège dating back in the 19th century, the transformation of which into the Museum was a challenge per se; however, we simultaneously succeeded in saving an architecturally exceptionally valuable edifice which was about to cave in.” 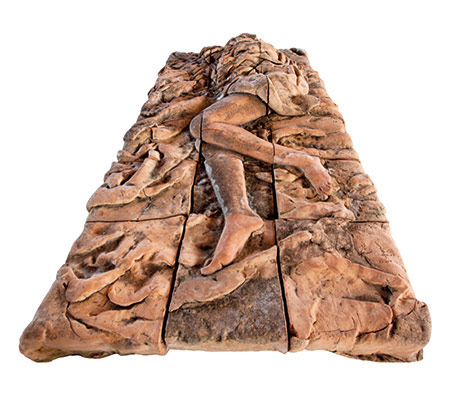 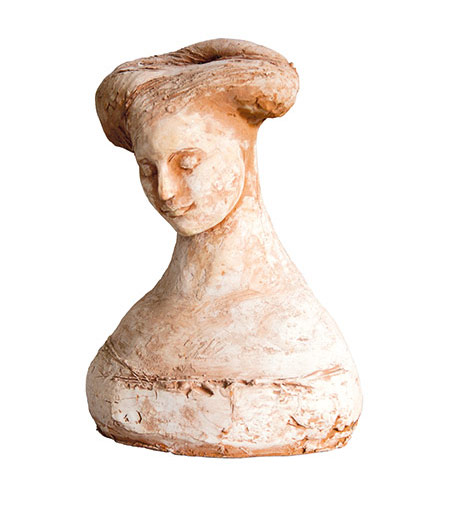 We left the Terra Gallery in the center of the town, and set off to the Atelier, the place where all the works of art had been made. The gate of the abandoned “Drive II” of the Roof Tile Factory opened to us and we stepped into a world we had never seen before. From the very gate, we had a view of the lawn with the reddish “forms” scattered all over it. On the left side – the wedding guests and the bride; quite a big bear in front of us; and in the distance – the contours of Marshall Tito’s uniform overcoat. En passant, we asked the professor to explain to us the idea of this setting, and he told us, with a smile on his face, that we were passing through the storehouse, which would yet be turned into an exhibition in the open air. Then we entered the atelier, to the room where the roof tiles were fired. He told us about the ingenious masters who had built the furnace with the air circulation system which enables fire to revolve around.

Joy for the audience

The final stage of our getting to know the Terra was our visit to the Museum, opened around the end of the last year. I had seen the photos of its opening, but not one such photo can conjure up the beauty of this space: the soft, diffused light; the pale-pink brick walls and the huge vault, roofing the selected works made at the Symposium. Every big- and small-sized sculpture conveys a story of its own. I particularly liked the story told by Hiroko Kono, a sculptress from Japan. She used clay to make a true event immortal: her mother, represented with a peaceful smile is standing in front of the library which, at the moment of her mental derangement, she set to fire and burnt to ashes the precious treasure of the Japanese culture.