Cruising the Drina canyon and other fascinations

The Magical Ring, thought out by Taratours Agency, is an exciting circular journey starting with the Drina Canyon cruise and a visit to Andrićgrad, followed by a ride along the Šargan 8’s enchanted circles and a visit to fairytale-like Drvengrad. It includes Tara National Park’s most beautiful belvederes, Dobrun and Rača monasteries, the BB juniper brandy degustation center…

A decade-long dream of shaping a program that will unite the most beautiful attractions of the Drina river’s flow through Serbia and the Republic of Srpska finally came true – tourism workers on both sides of the border joined forces, and a special ship named the Grizzly after the brown bears of Tara was built; the Šargan 8 museum narrow-gauge railway was extended to Višegrad, Adrićgrad opened a port… In a word, this is one of the great examples when all actors – agencies, hoteliers, tourism organizations, all the way to local food and beverage producers decided to show guests all this truly magical region has to give.

Fitzcarraldo of the Drina river

Famous German director Werner Herzog made a film about adventurer and dreamer Fitzcarraldo (played by unsurpassed Klaus Kinski), who achieved his dream and brought opera to the impassable Amazon forest. Sailing on a ship through the emerald Drina’s canyon strongly reminded me of a scene from this film: instead of opera, we had an excellent folk orchestra. The sounds of the sax, bass and accordion accompanied us on our journey through the shadows the cliffs even a thousand meters high cast onto the river, through the landscapes where only mountain goats and birds live, probably never trodden by the foot of man. 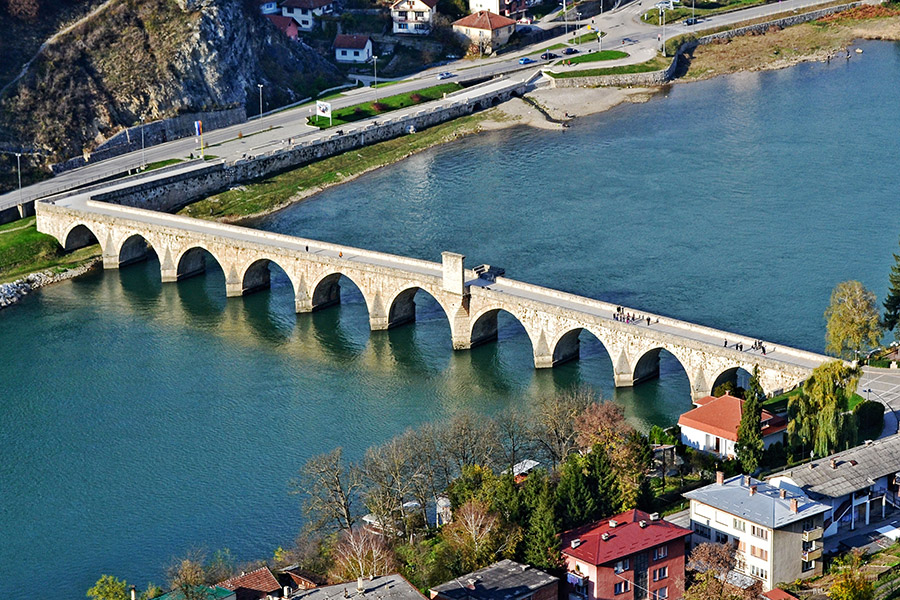 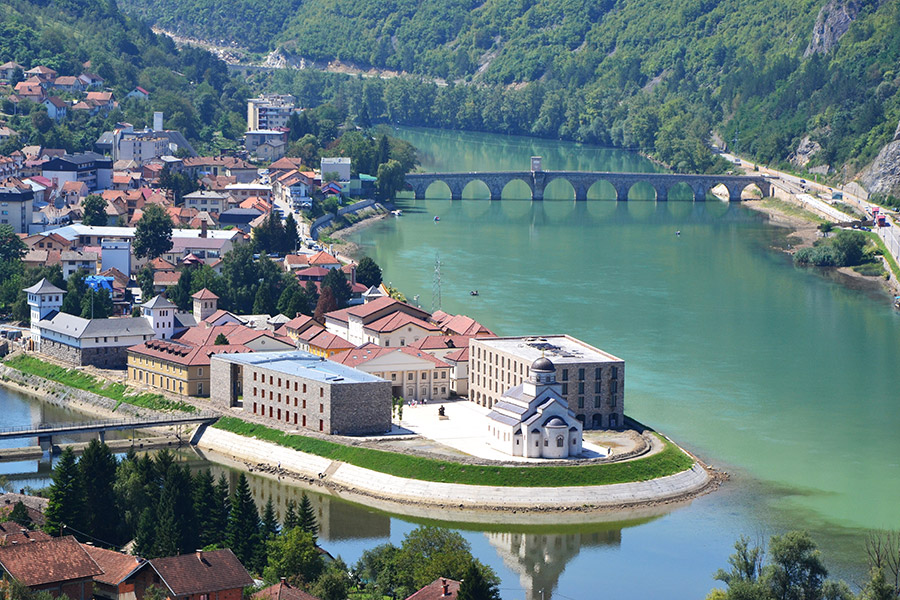 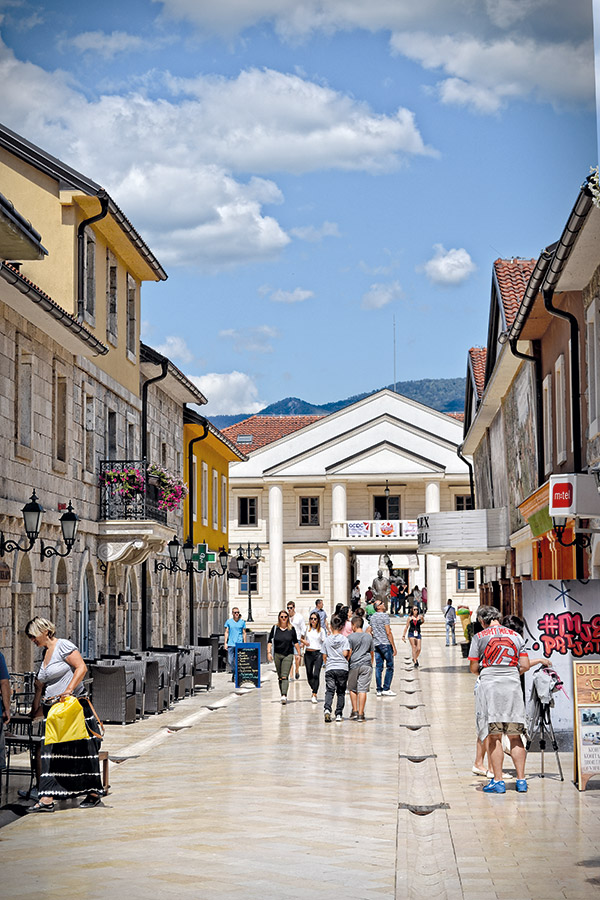 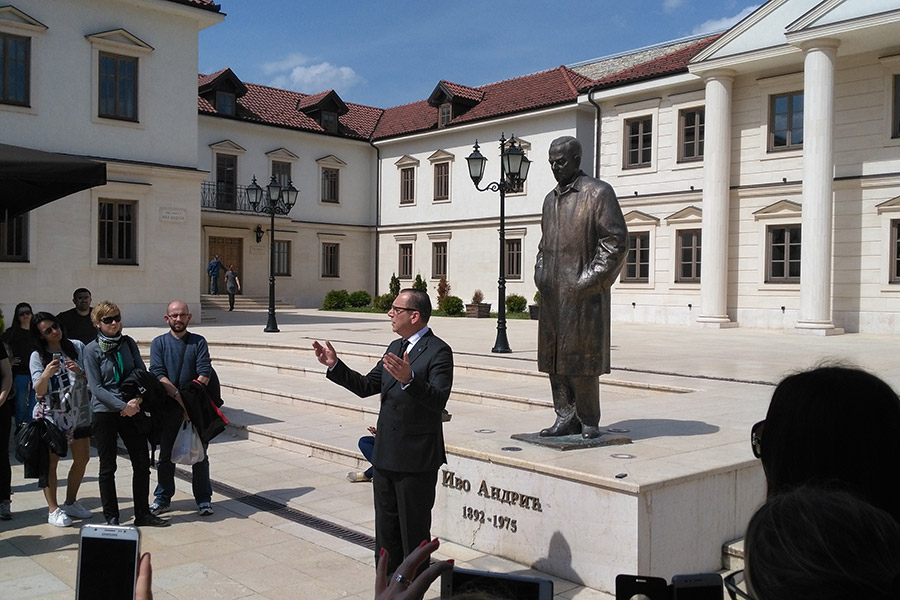 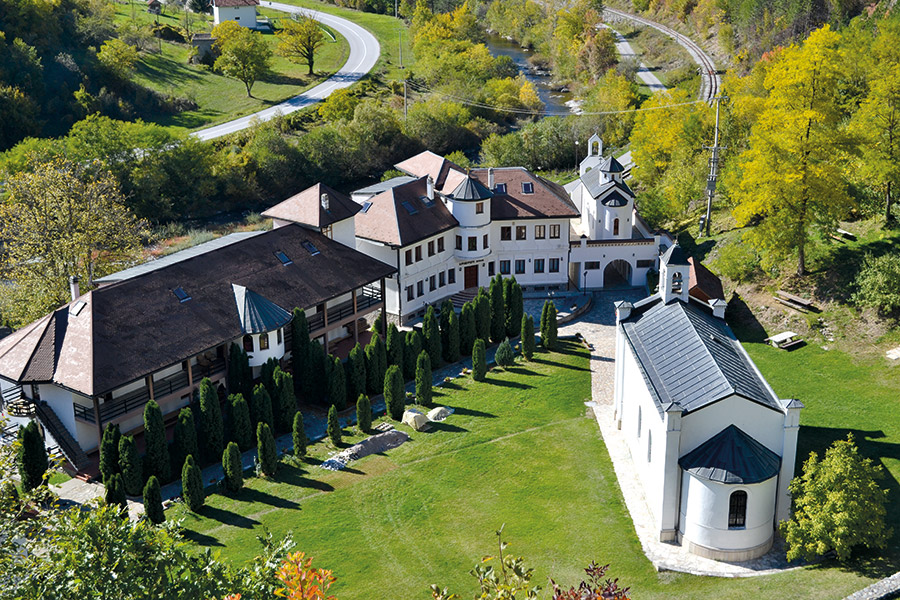 A 4-hour cruise is already awarding enough for passengers. But, an equally challenging stage follows – a visit to Andrićgrad and the famous Drina Bridge. Andrićgrad (i.e. Kamengrad) is dedicated to Ivo Andrić, our only Nobel Prize winner in literature. Andrić’s awarded novel The Bridge on the Drina and all his work inspired Emir Kusturica to build a town telling a living story about this region of intertwined cultures: Young Bosnia Street vividly reminding of Dubrovnik’s Stradun; the Byzantine and Turkish courtyards; kebab and confectioner’s shops; Austrian-Hungarian Administration Building… and, in the heart of the town – a monument to a great man – Ivo Andrić.

Yet another among this journey’s magical film sequences is our journey from Višegrad to Mokra Gora in the old wagons that transported people from Belgrade to Dubrovnik a long time ago – the Šargan 8, the best-known European museum railway today, passing through the enchanting landscapes of the Rzav river valley, silhouettes of Šargan and Tara mountains… The last stop is Mokra Gora, from where we continue to another film town – Kusturica’s Drvengrad. On the second day, we absorb the views from Tara’s most beautiful belvederes, encircling the magical ring in Perućac, with the Drina’s delicacies and the relaxing rustling of the Vrelo’s waterfall.