A guidebook through the wine regions and wineries

Home » A guidebook through the wine regions and wineries
Previous Next

A guidebook through the wine regions and wineries

The wine routes of Serbia

The Publication is an ideal reading matter for all those domestic and foreign visitors who want to gain an experience of a wine adventure throughout Serbia, taste Serbian wines in the cellars where such wines are produced, degust them in the company of and being instructed in doing so by those producing those wines, while simultaneously being told interesting stories about wine, the wine tradition of each area and each cellar, and also “matching” the tastes of wines with the diversities of the national cuisine.

The Tourism Organization of Serbia issued the World of Wines publication, on whose forty pages the attractions of wine tourism in Serbia are presented. The publication was prepared on the basis of the new regionalization, according to which Serbia is divided into three regions: Vojvodina, Central Serbia and Kosovo, within which regions there are twenty-two regions, or in other words seventy-seven wine growing hills and several viticultural oases. All these areas, inclusive of all their historical, geographical, and climatic varieties, also offer as many such different, typical and attractive wine and tourist attractions, pleasing to all the senses

The renaissance of wine production in Serbia

Simultaneously claiming that Serbia is definitively on its way to become a wine destination, the Publication states that, in the last fifteen years, this country of ours has gone through a real renaissance of viticulture and wine production. A large number of old vineyards have been renewed and some new ones have been planted; more than three hundred wineries have been established, producing over one thousand different wines. Also, which is the most important thing, the market has become richer for new domestic quality wines and the wines characterized by a superior quality and of the controlled geographical origin. The data recording that there are more than 80 thousand estates in Serbia engaged in the production of grapes and that over 25,000 hectares of land are vineyards are the best illustration of the extent to which viticulture and wine production are present in this country and of how significant they are as an economic branch.
The bearers of the production of quality and superior wines with the protected geographical origin are small and middle-sized wineries, whose number has been increasing at an accelerating rate in the recent years. Apart from vineyards and cellars equipped with modern pieces of equipment, many wineries also have rooms for the degusting and sale of wine; there have been an increasing number of restaurants within wine cellars, as well as an increasing number the accommodation capacities in the past years. Cellars and vineyards are open for visitors to come in organized groups; apart from welcoming their guests with the best wines, wine growers also welcome their guests by offering them local and national culinary specialties. At the same time, guests are allowed to pay a visit to numerous local cultural and historical attractions and enjoy extraordinary natural beauties which may be found in abundance throughout Serbia. 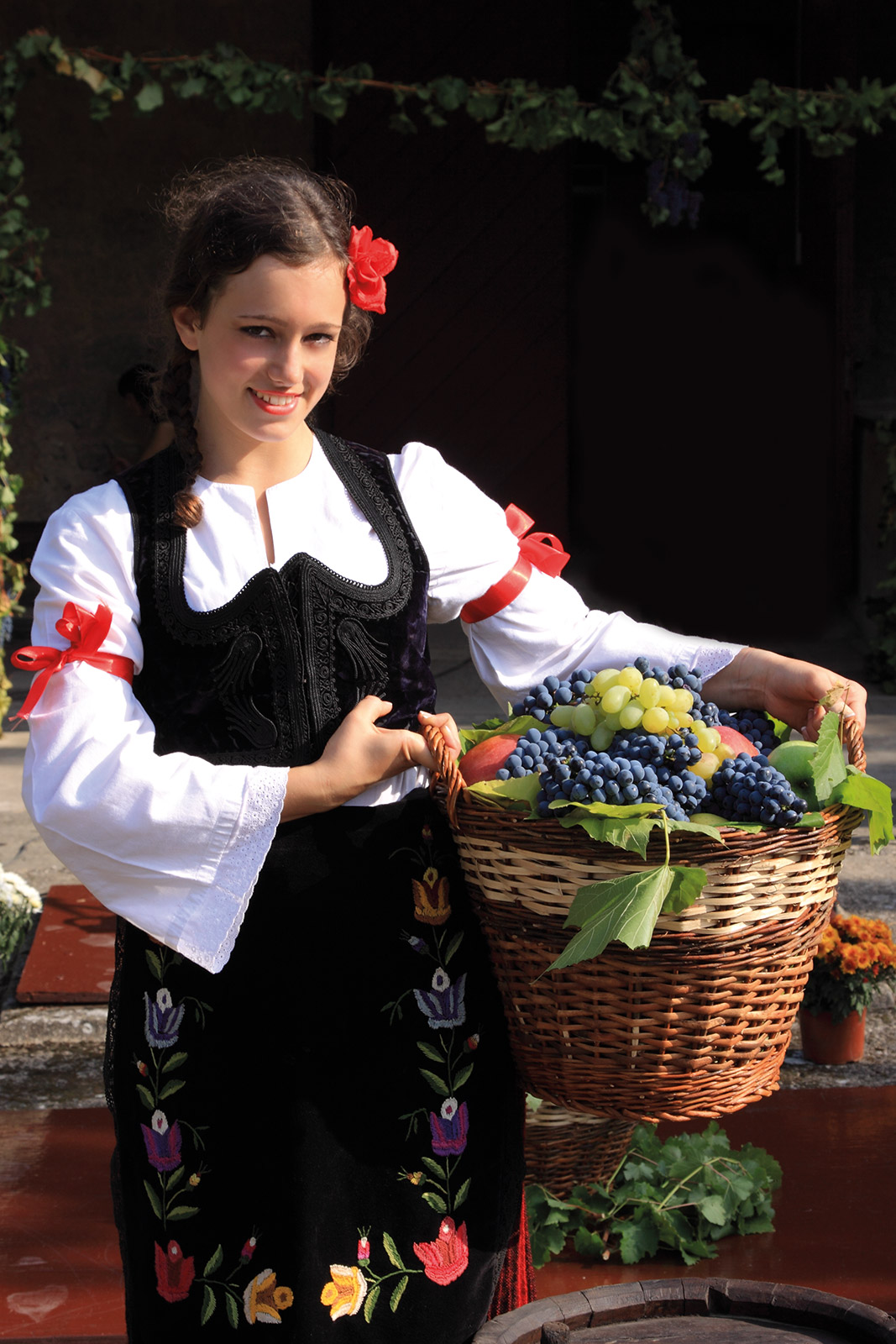 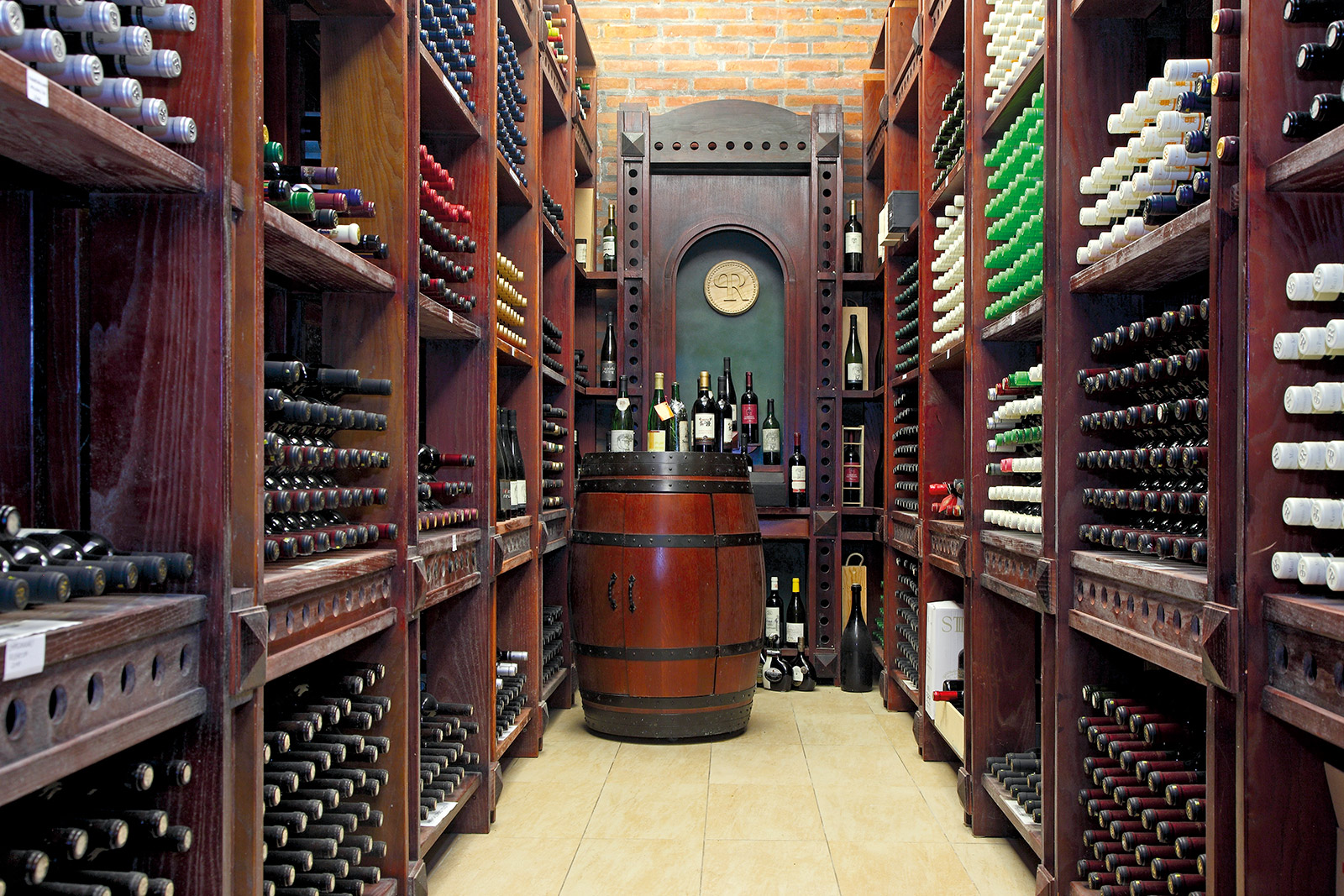 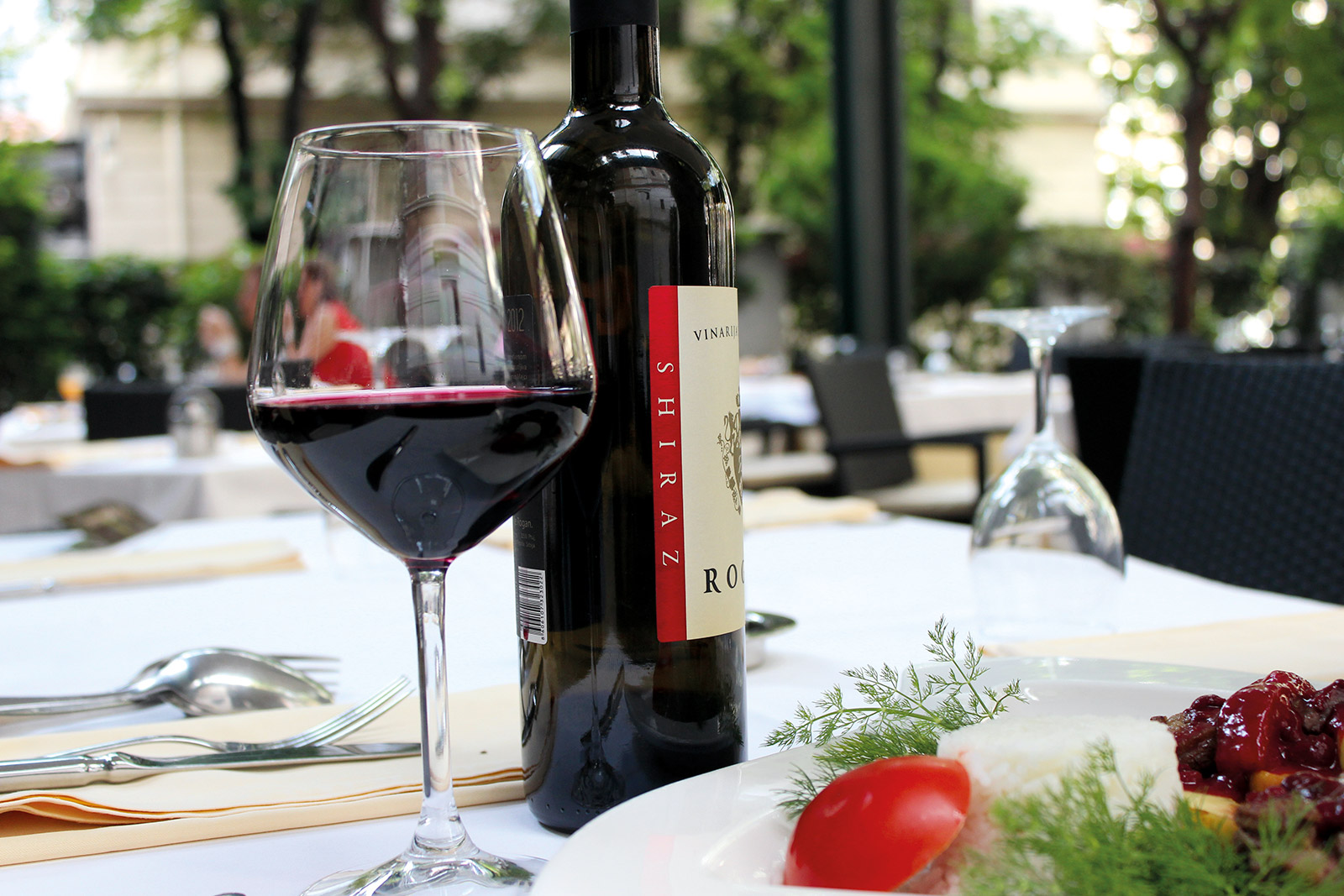 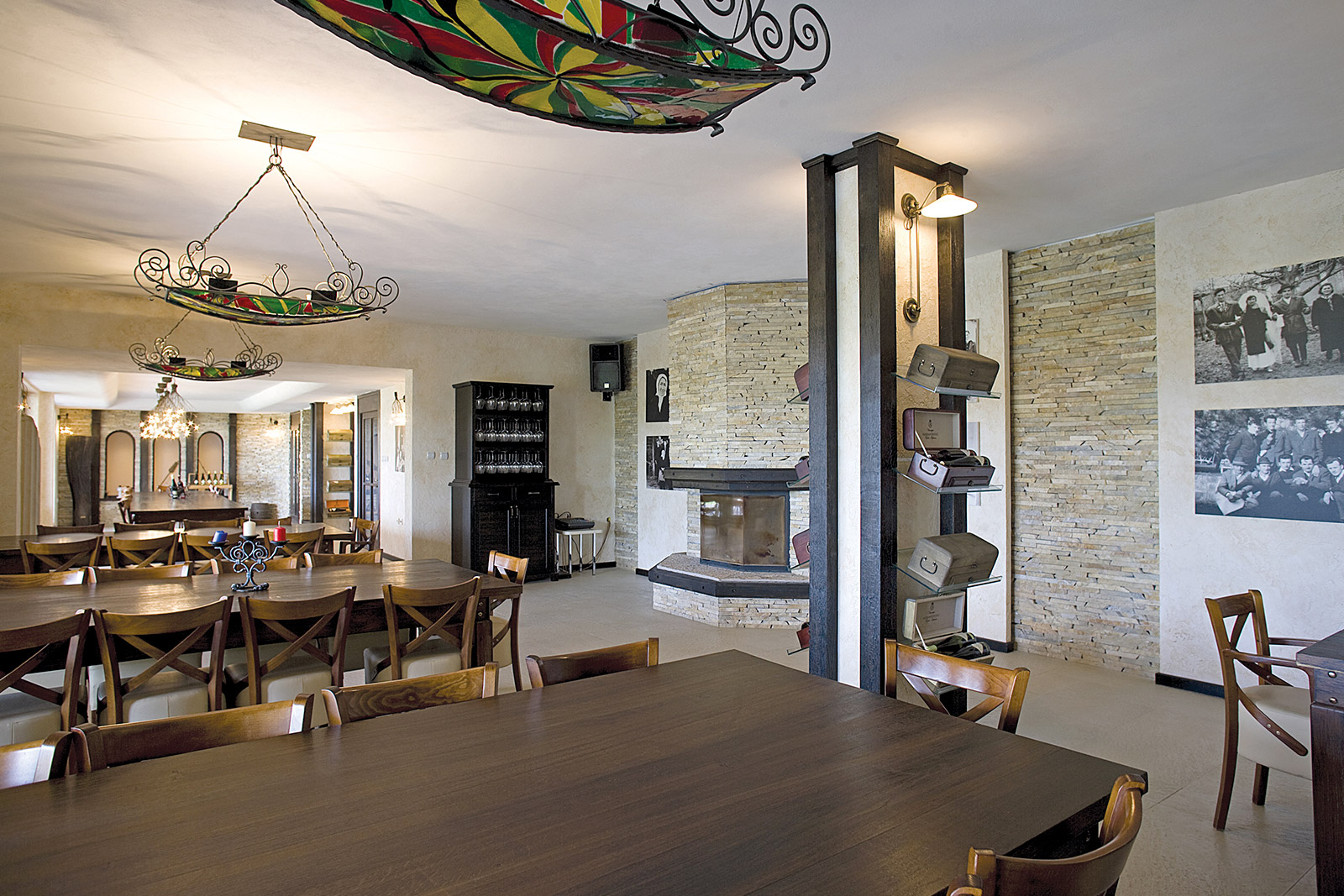 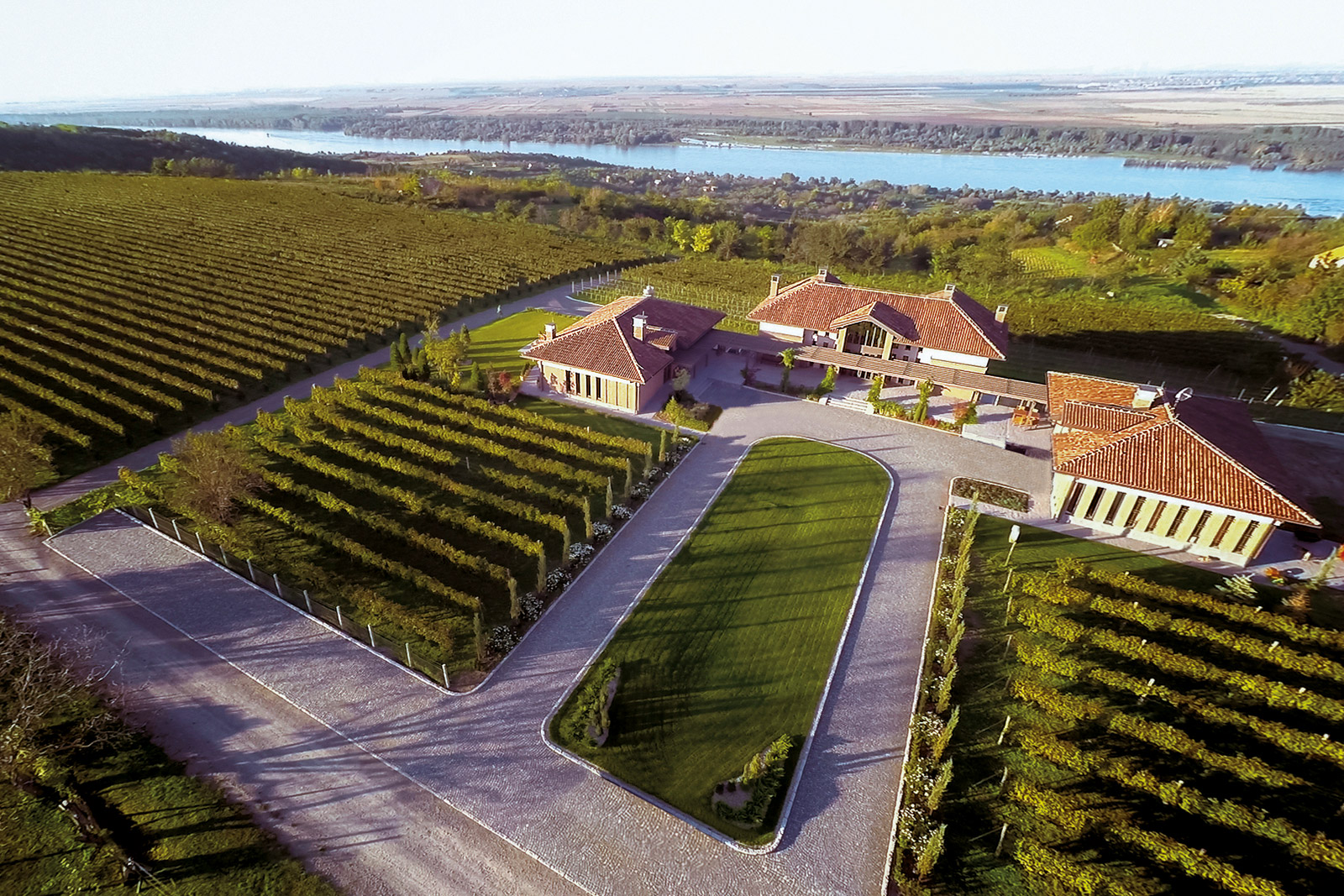 The wine routes of Central Serbia

The authors of the publication have paid special attention to having all of the wine regions equally represented by highlighting the particular and unique characteristics of each one such region. Central Serbia has been presented on the largest number of pages, as the biggest and the most significant wine region in the Republic inclusive of 13 wine regions, amongst which the Viticultural Region of the Three Morava Rivers stands as the biggest one, including almost one-third of all the vineyards in the country. The reader’s attention is in particular drawn to the autochthonous sorts of prokupac and tamjanika. Šumadija is specially referred to as a region that became an important center of the Serbian viticulture and wine production at the beginning of the last century, thanks to the Dynasty of the Karadjordjević Family. By courtesy of the owners of the Radovanović and the Aleksandrović wine cellars – the first privately-owned wineries in Serbia, whose owners started producing quality and superior wines with their own labels towards the end of the century gone by, wine production in Serbia began to rejuvenate itself in its own kind of way.
The publication reminds the reader that, apart from Vienna, Belgrade is the only one European capital city to have vineyards, wine cellars and its own wines in its own district. Belgrade region also includes the town of Smederevo, known to be one of the oldest and the most important viticultural areas in Serbia, originating in the times of the Romans, only to continue its history via Despot Stefan Lazarević and Djuradj Branković, in the 15th century, all the way to the Dynasty of the Obrenović Family towards the end of the 19th century.

The wines of Vojvodina and Kosovo

The Publication also provides the reader with quite a thorough description of the wine and tourist offer of the region of Vojvodina, inclusive of one of the most beautiful viticultural regions of Serbia – Srem (Syrmian) Region. The town of Sremski Karlovci, in which many a wine grower used to build wine cellars – the so-called lagums – during the 18th and the 19th centuries, whose number reached about 500 at that time, is the center of wine production in this region, with the largest number of the registered wineries in Serbia, exceeding one hundred. In about twenty such wineries, wine is produced even today; first of all, it is the wine of the brand of Karlovac – bermet and ausbruch wines, whose technology of making was being preserved and conveyed as a secret from one generation to another within the families who were producing those wines. A significant number of pages are dedicated to the region of South Banat, with the town of Vršac as the center of the region, which, until the end of the 19th century, used to be the most significant wine growing hills area in Hungary, with the village of Gudurica as the center of those wine growing hills. The region of the town of Subotica is also presented as a region characterized by two autochthonous sorts: kadarka, as people use for skadarka here, and kevedinka (i.e. ružica crvena red rose) wine sorts.
The region of Kosovo and Metohija is not neglected in the publication, either, as the region of great historical importance for wine production and viticulture in Serbia, where excellent red wine is produced today as well.

Wine tourism on the palm of your hand

The Wine Routes are a well laid out and comprehensive guidebook through the regions, areas and wineries, with an accent on the wines produced there, and special significance is given to the autochthonous sorts. The Publication contains very quality maps inclusive of the addresses of one hundred and fifty wineries and cellars, a list of the events dedicated to wine and the addresses of the tourism organizations in the towns and cities and the regions, where wine tourism is developed.