Home » A Futog story
Previous Next

As soon as you cross the city bridges in the north, you find yourself in the Futog and Begeč districts, the farms and czardas alongside the Danube River. The Gothic towers of the Catholic Church, visible from far away, unmistakenly lead you towards Futog, a lively settlement older than Novi Sad. Curiously, camel caravans could have been seen passing through here, and it is from this place that coffee and the cabbage of Futog moved on to conquer Europe. Together with the rich sacral heritage, Futog also conquers your hearts with its gastronomic variety.

It is considered that, starting in the mid-13th century, when it was mentioned in the written sources for the first time, Futog had been populated incessantly. During the Austrian rule, it was quite a lively market town – the Futog fairs used to be even better known than those of Leipzig. Camel caravans are said to have been crossing to Bačka near Futog on their way to Vienna, and that exactly by treading off the Futog road, the loads of coffee, seized after the Turkish siege of Vienna, were moving on to conquer the European habits. Futog was also strategically significant in the defense of the Habsburg Monarchy – it is in this place that, under command of Eugene of Savoy, the Austrian army crossed the Danube and went behind the Turkish back, having defeated them in the crucial Battle of Petrovaradin in 1716.

In the vicinity of the Danube, in the part of (Old) Futog, there is a Serbian Orthodox Church of Sts. Cosmas and Damian. It was built in the Baroque style in 1776. The iconostasis is the work of one of the most significant Serbian painters of the 18th and the 19th centuries, Arsenije Teodorović. The wall paintings are the work of Janko Halkozović, who relied on the experiences of the painting of Byzantine and Italian Renaissance. The temple also has a precious collection of the icons painted by Pavle Simić, a painter of Novi Sad, whose poetics are connected to Nazarene’s painting.

At the entrance to (New) Futog, there is a remarkably erected edifice of the Roman Catholic Church of the Most Holy Heart of Jesus’, built in the place where once was a temple dedicated to the Most Holy Trinity. The new church, built in the pseudo-Gothic style, was erected by the counts family of the Koteks at the beginning of the 20th century. It has magnificent stained-glass windows and the breath-taking organs, which together with the monumentality of the building gives the temple both a ceremonial and harmonious appearance exuding the profusion of the times long gone by. In the Church, in the glass sarcophagus, the relics of St. Eugene, a martyr of the early Christian times, whose body had been laid in the Roman catacombs given by the Pope Pio VI in 1777 as a gift to the Church of the Most Holy Trinity, are kept. 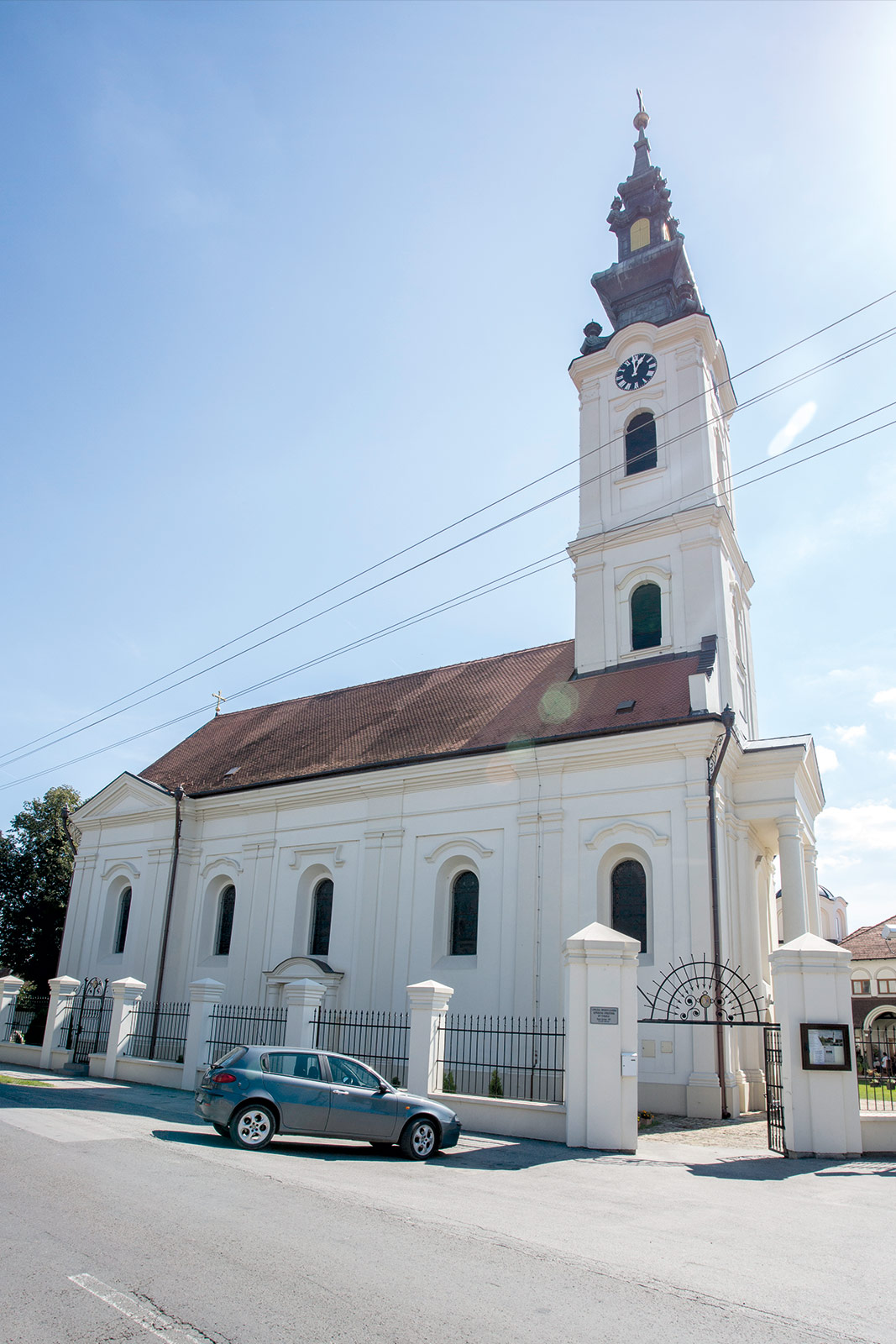 In the immediate vicinity of the Roman Catholic temple, your attention will be drawn by the Hadik Castle, built by the Austrian Field Marshal and the President of the Viennese War Council of the Court, Count Andreas Hadik. The Castle was built in the Baroque style in 1777. At the beginning of the 19th century, it was handed over to the counts family of the Koteks. The new owners renewed the edifice, adding to it the glass gardens and a spacious terrace. There are data saying that it is here that, immediately prior to the Sarajevo assassination, the Archduke Franz Ferdinand and his spouse Sofija Kotek had stayed, that it is exactly in this castle that Johann Strauss the Son was writing his composition “On the Beautiful Blue Danube”. Today, the Agricultural School is located in this elegant edifice.

Futog is also known for its five centuries long tradition of cabbage production, the cabbage having been used to pay for the taxes in the times of the Austrians, only to later be transported throughout Europe thanks to the newly-emerged railway. Today, the cabbage of Futog is one of the most famous foodstuffs brands of Serbia. In the honor of this original variety of the white cabbage, the Cabbage Festival of Futog is traditionally held at Futog in late October. Simultaneously with an interesting cultural-entertainment program, there is also a competition in preparing cabbage dishes.

As is the case with all the places along the riverbanks of the Danube, Futog also has czardas, and the Csarda Splav Dunavac is reputed for its good fish soup, served with the magnificent wines of Fruška Gora Mount and Bačka. The Csarda at Braša’s in Begeč is an excellent place for a family to lunch. In the immediate vicinity, there is the Pit of Begeč, a vacationland and a protected nature park. It is here, of course, that, during the summer, to the joy of the lovers of fish soup and other fish dishes, there is yet another Csarda – The Csarda on the Pit.

Do not miss to taste the most famous dishes of Bačka: soups with dumplings or domestic noodles, rindfleisch – soup, sauce, meat and vegetables, grenadiermarsch, paprika-seasoned stewed meat, perkelt, batter-fried and roasted meat (pork, chicken, etc.), fish specialties, dumplings, pastry filled with jam or cheese, shufnoodles or noodles without stuffing, and among the sweet things there are strudels (particularly with poppy seeds), floating islands, Kugelhopfs, rolled strudels (particularly with cherries), etc. when the wines are concerned: Rhine Riesling and Italian Riesling, Neoplanta, Probus, Bermet (Red and White), Frankovka, Chardonnay, Cabernet Sauvignon, Merlot and other. 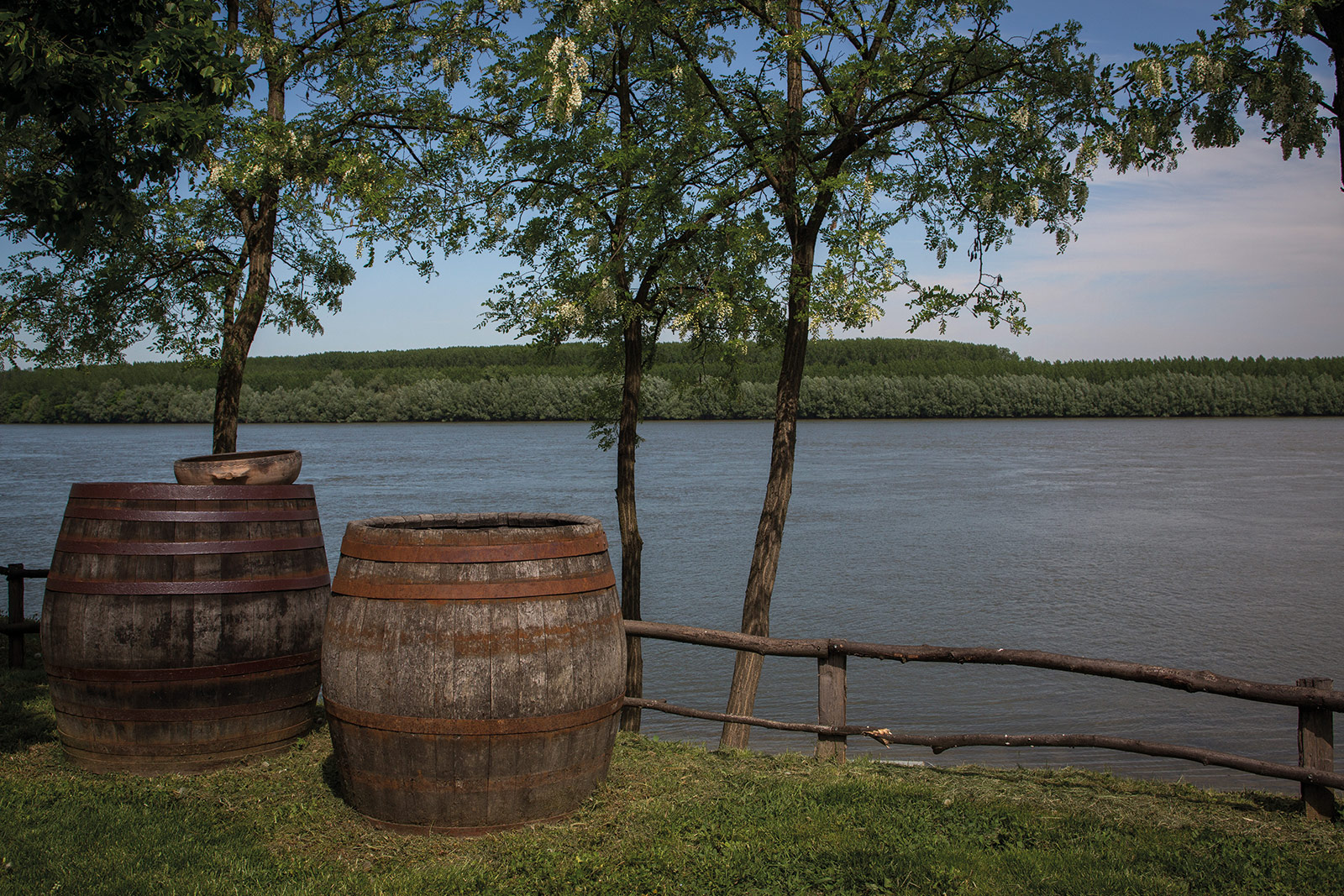 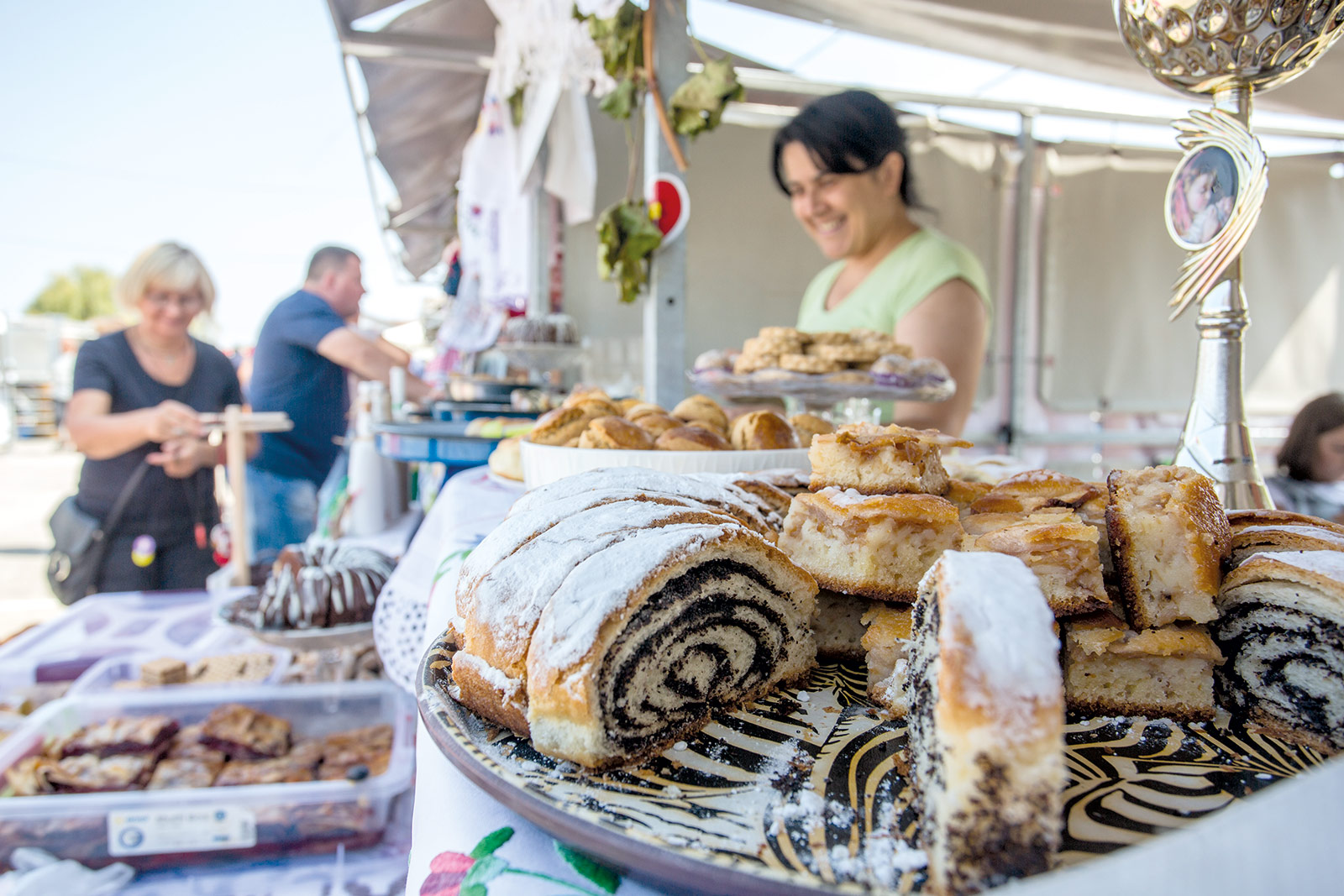 Somewhat farther away, on the main road to Novi Sad, there is Cveja’s Farm, an original village household that gladly welcomes its visitors (upon prior reservation). In the farm, you can be cordially served excellent domestic food, and you can also take an accommodation facility. Here, in primordial serenity, surrounded by a large number of domestic animals and tasting the various delicacies of Vojvodina, you can most easily prepare yourself for returning to urban reality.