Home » A dream in a dream
Previous Next

The My Place Best Western Hotel is decorated with his paintings and sculptures. Yet another hotel in Niš, the Ambasador My Place, which will be opened in the autumn, is being equipped with Dragan Momčilović’s works of art. He has received many awards for his visual art creations, as well as a series of acknowledgements for graphic design. For over 40 years he has been a member of the ULUPUDS Association and for as many years he has been living and working in Niš, actively taking part in the creation of the cultural milieu of the city.

Đorđe Kadijević said that “what is visible is the biggest secret in Dragan Momčilović’s painting”. Other famous critics, artists and poets have also written about your work…

A visual art critic wrote on an occasion that on my paintings “I create a world different from ours, tranquil, remote and solitary, resembling all the authentic artistic worlds”. I think that a pencil, whether used for drawing or writing, is a significant tool. My whole creative work can be said to be blending into sophisticated poetry. Is that so because I’ve been preoccupied with Branko Miljković’s poetry for decades, (still) searching for essence in his lines, or due to my being friends with poets and writers? I met many literature bards while I was working at the Gradina Publishing House in Niš, where I illustrated more than 1000 books. Painters and poets should act shoulder to shoulder.

You have achieved a high level of sign recognizability in producing books, and the symbol language is also visible in your painting “The Poets’ Impression of the World”, in which you painted our many poets. The painting is exhibited at the My Place Hotel.

A painting is a good and is worth as much as someone wants to pay for it. But, of course, that’s not the only reason why it is exhibited in this hotel. I’ve known the owner and director of the My Place, Ivan Spasić, for about twenty years. He’s a person of an unusual appearance in this city, and more broadly (laughs). He’s doing serious business and has refined visual perceptions and a special sensibility. He’s frank and honest. We’ve been cooperating for a long time and have become friends over time as well. 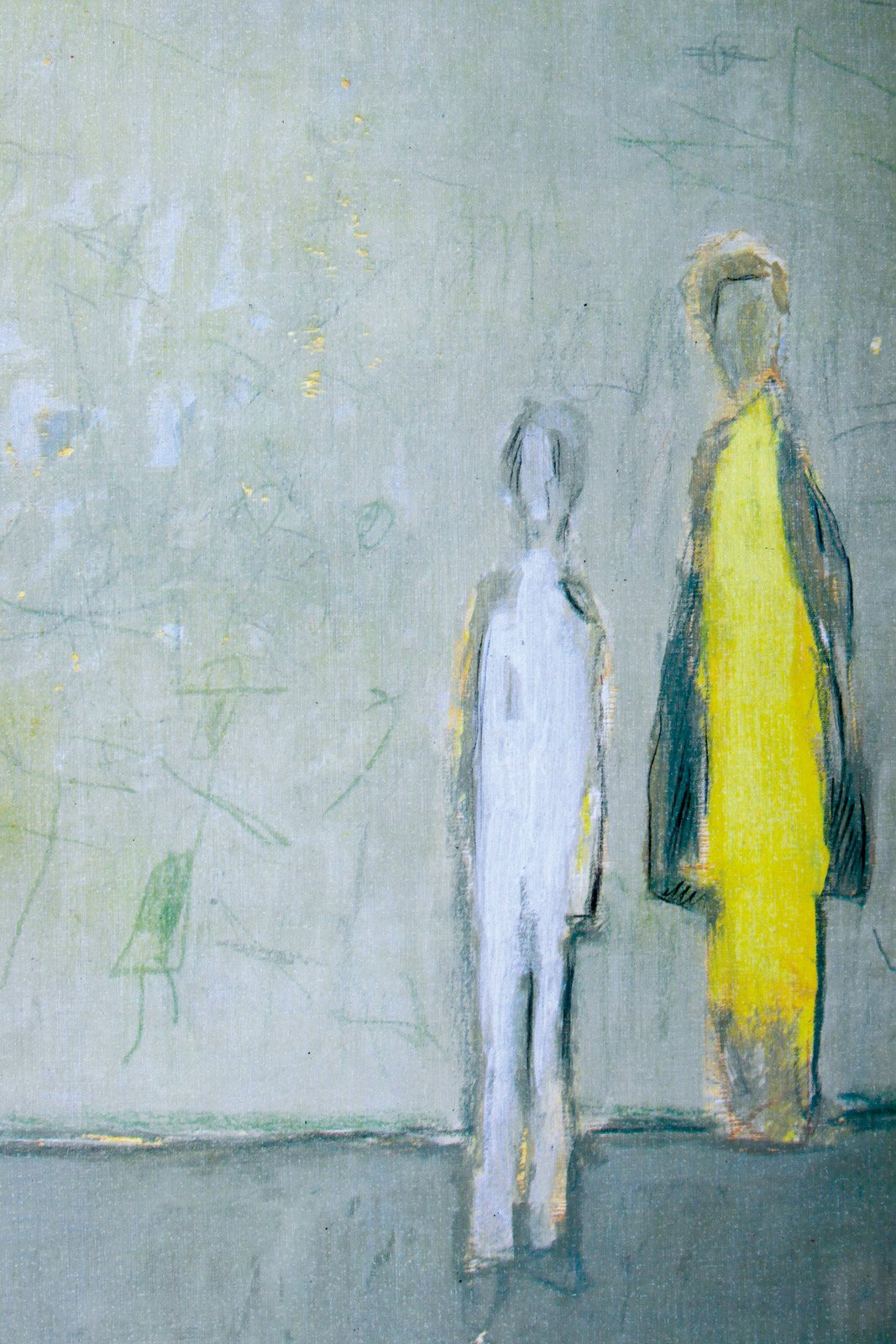 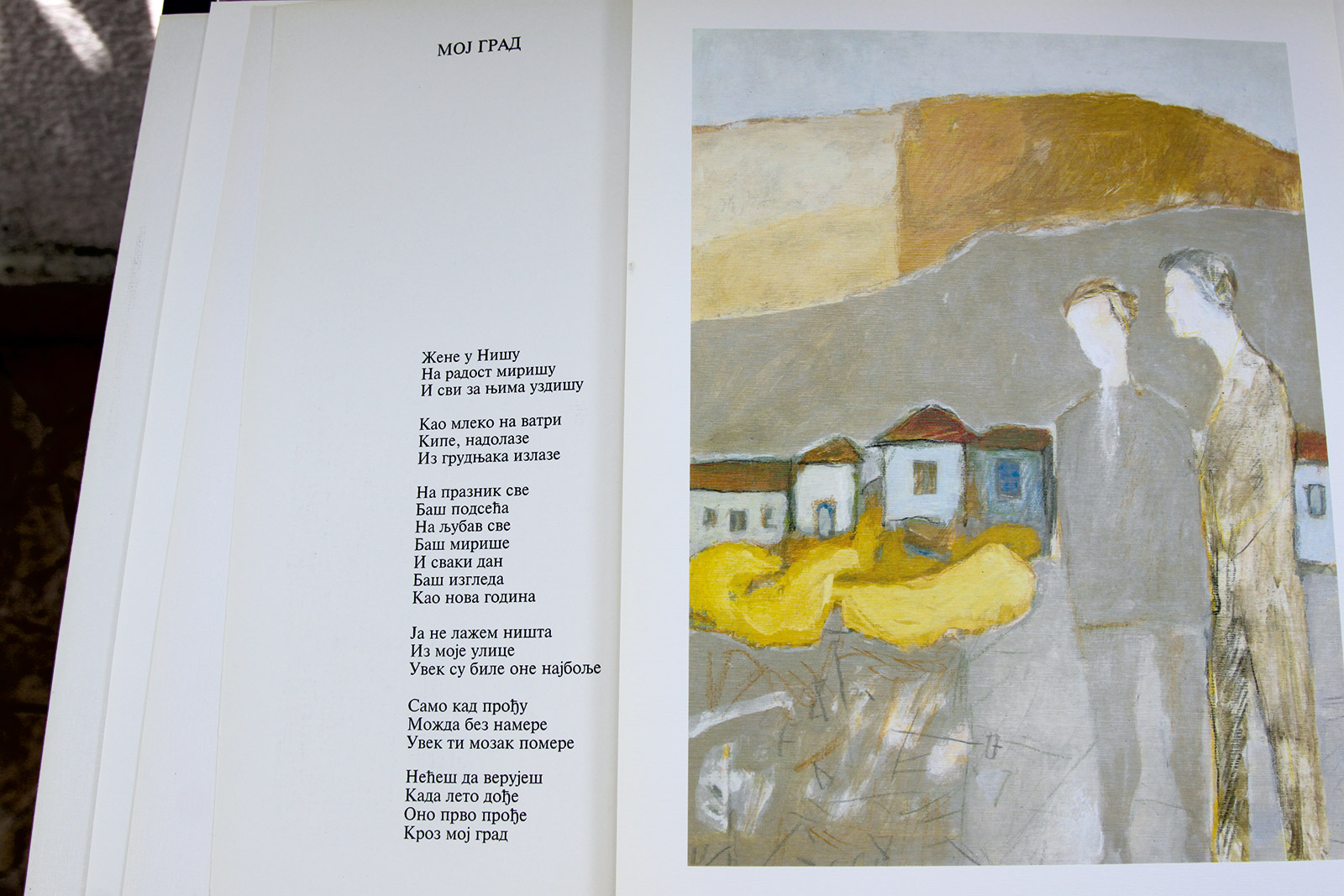 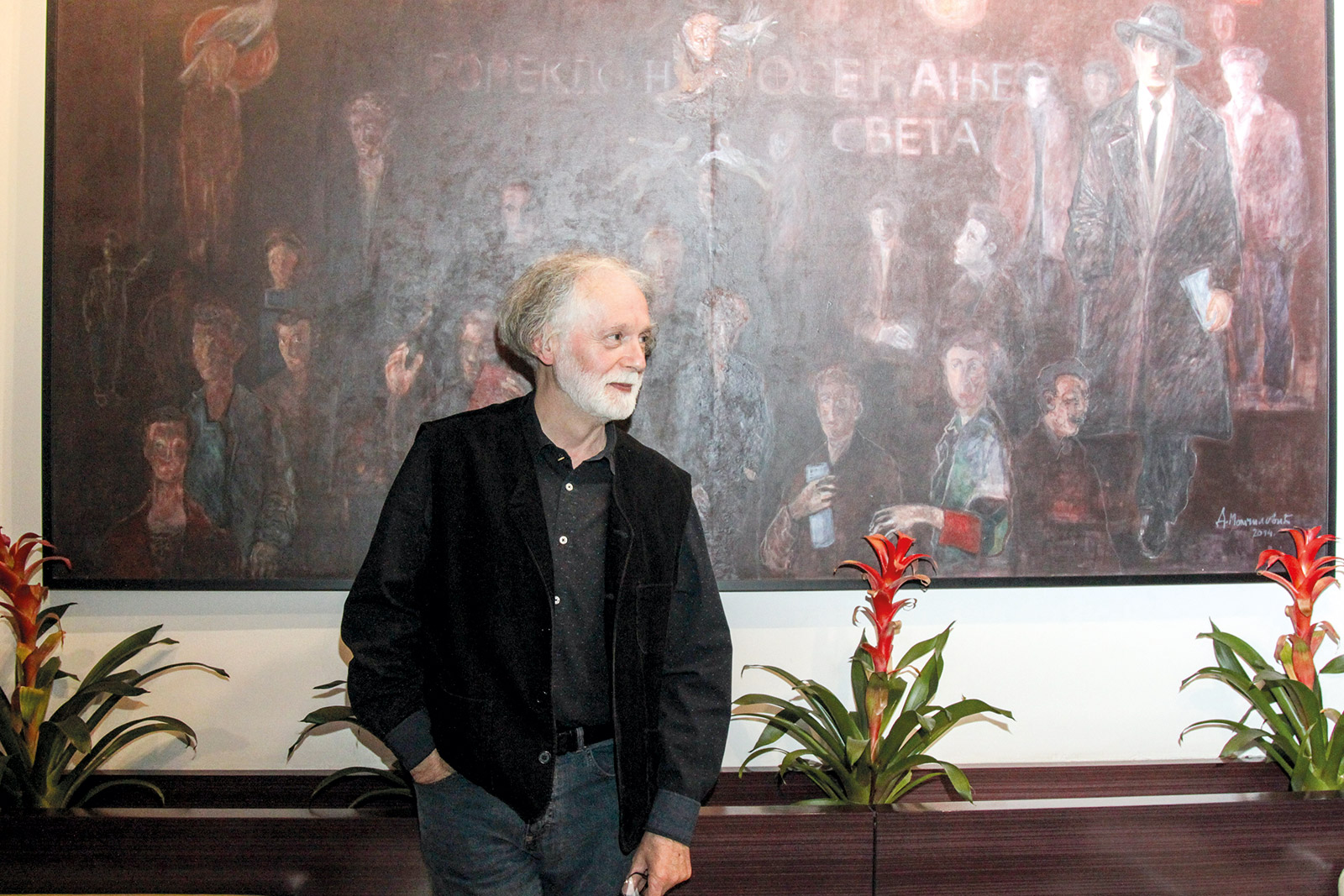 What is it that took you to the world of painting?

A difficult question. I think it’s something one has inside oneself. I’d spent my childhood in Crna Trava, until my family moved to Ćićevac. In this small Moravian town, I grew up and finished primary school. Then I enrolled in the School of Arts in Niš, and continued my further schooling in Skopje, at the “Kliment Ohridski” Pedagogical Academy. I had good professors and also an occasion to see Florence, Rome, Nice on my study journeys. Later, I travelled widely. All that has left a trace somewhere in here.

On your own initiative, the Classic Visual Arts Colony was established in 1994 by the Tobacco Factory of Niš, today’s Filip Morris, where you worked at the Marketing and Design Sector. Today, you work with the status of a freelance artist?

I was organizing the visual arts colony for years, and I left the company in 2005 in order to completely dedicate myself to painting. I myself make my own schedules, and I spend time in the village on Čemernik more and more frequently. If your question is whether I go there to paint, my answer is ‘No’. There I mow the meadow, plant the onion and the garlic, listen to Chopin, Tchaikovsky, Beethoven, Bach… I also planted a sycamore-tree. Nature reflects warmth and tenderness. It’s the final refuge.

Text and Photo by: Rozana Sazdić