A DATE IN ELEGANT TOPCIDER

Home » A DATE IN ELEGANT TOPCIDER
Previous Next

A DATE IN ELEGANT TOPCIDER

Thanks to cooperation of several city cultural institutions and the enthusiasm of two young women historians of art, we have an opportunity to discover the elegant quarters of Belgrade within the Cultural Heritage of Topcider thematic walk every last Saturday in a month.

One can never be bored with Belgrade. Even when you come to think you know its every pocket, an opportunity will arise for you to get to love it even more. The Cultural Heritage of Topcider thematic walk is exactly the experience which will make you happy to have been born in Belgrade or to have followed the road to here. At first sight, Topcider is the tranquil streets with a view of the whole of the city from its crossroads, the magnificent villas, the yards where foreign languages may be heard, and the greenery all around. Yet, the Cultural Heritage of Topcider opens the doors of homes, galleries, embassies, garages… to us, which have risen to the level of an institution due to their importance. And it seems that there is no better way to get to know those simultaneously quiet and important quarters than by having one such walk – from the outside, from the inside, at a given moment, and from a historical perspective. 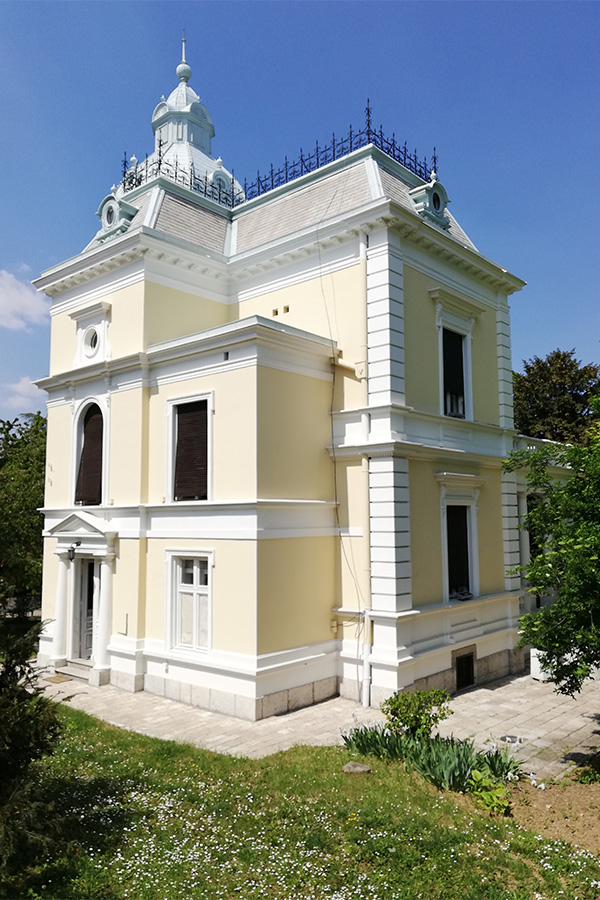 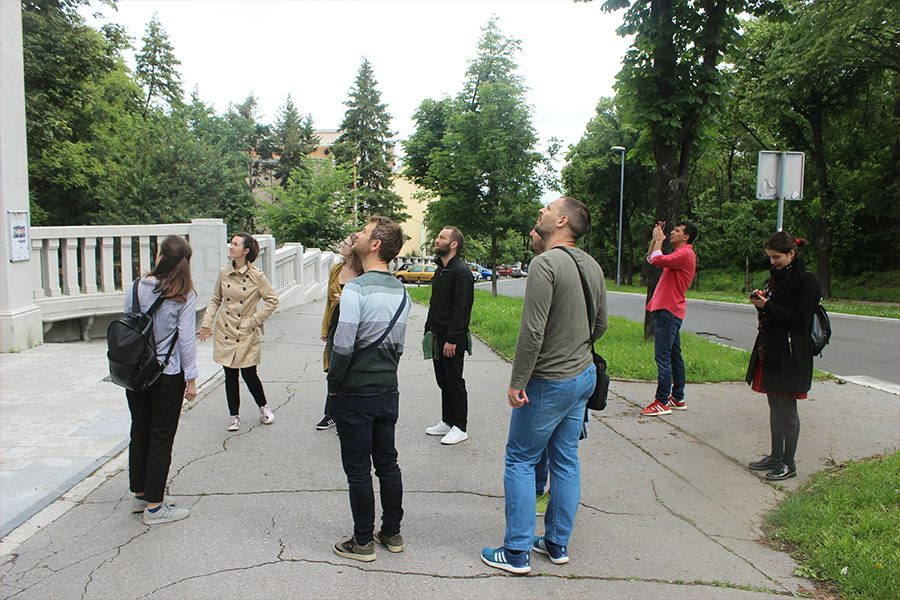 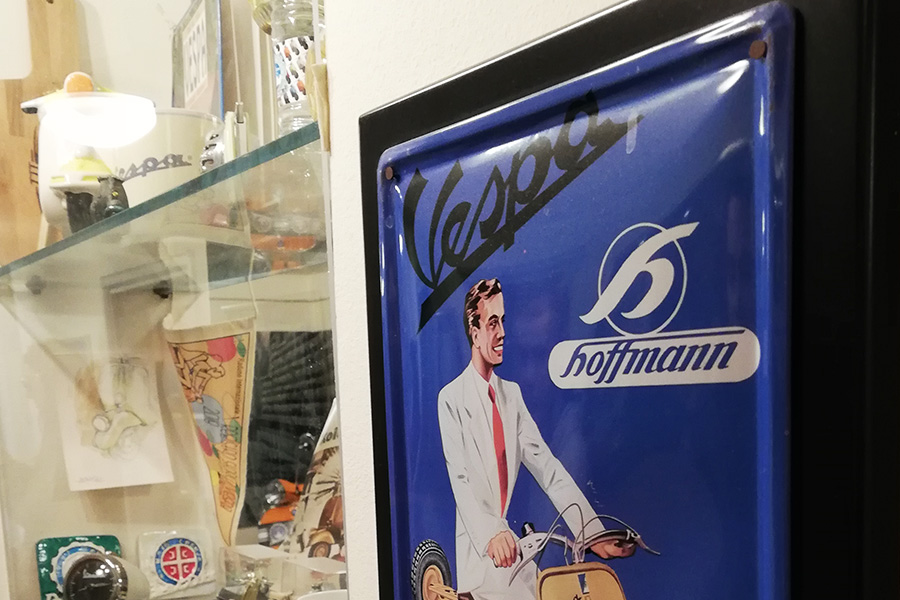 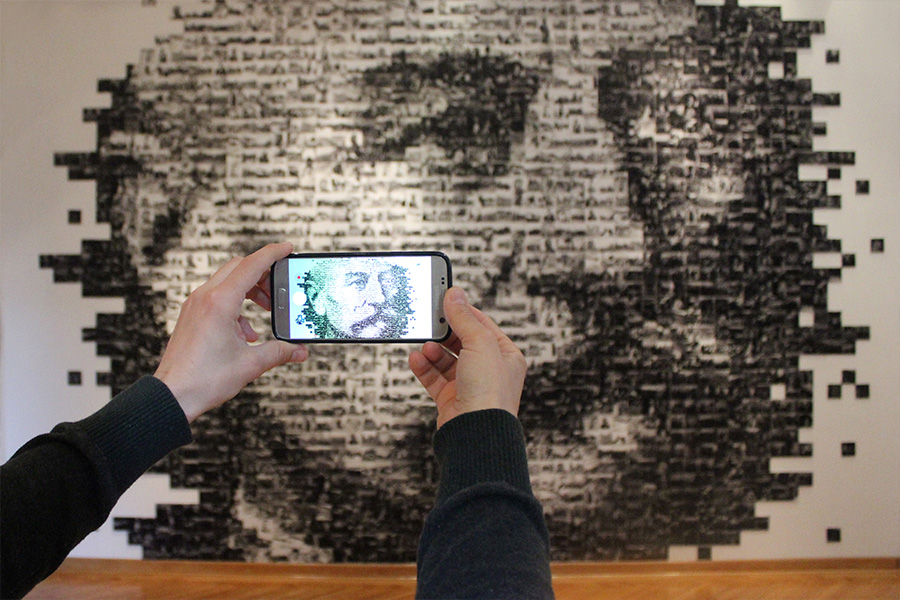 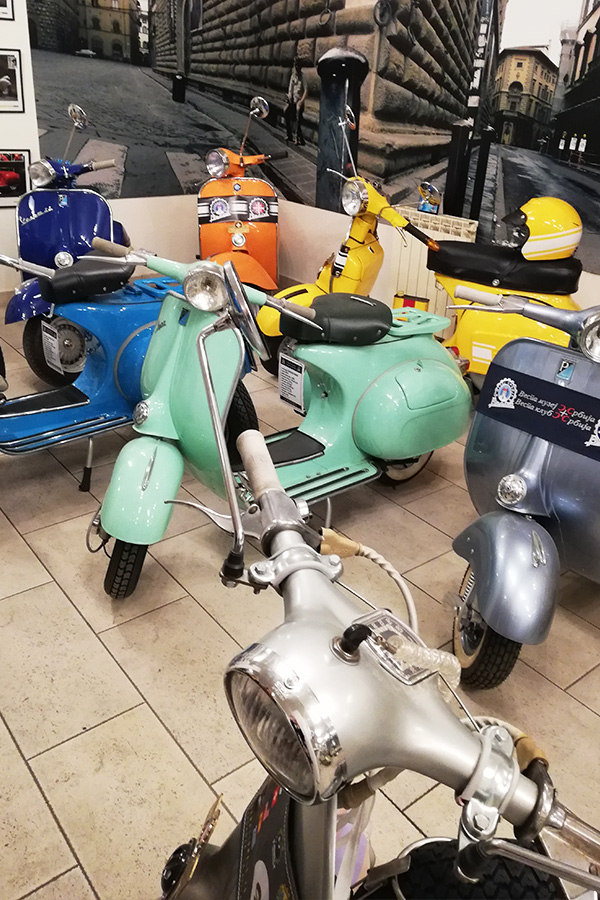 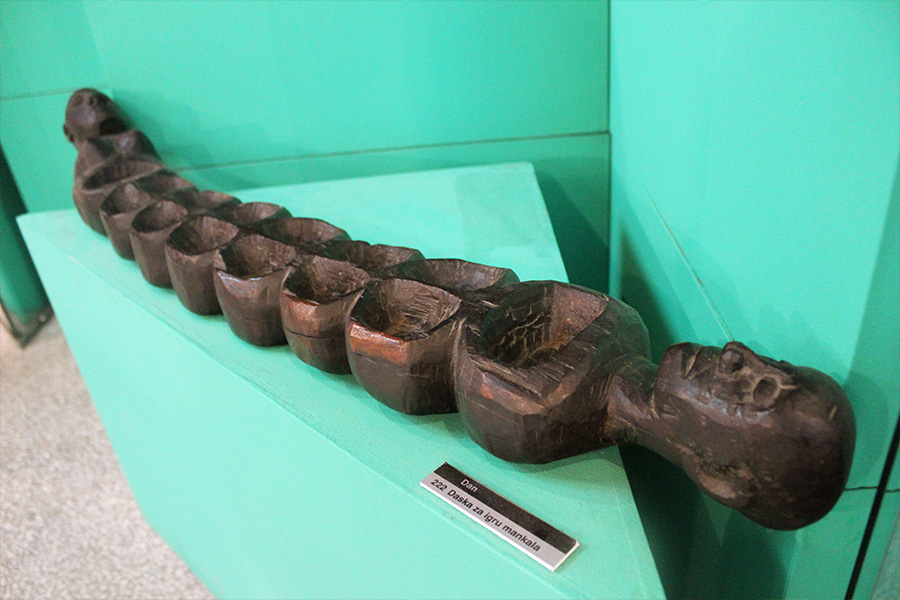 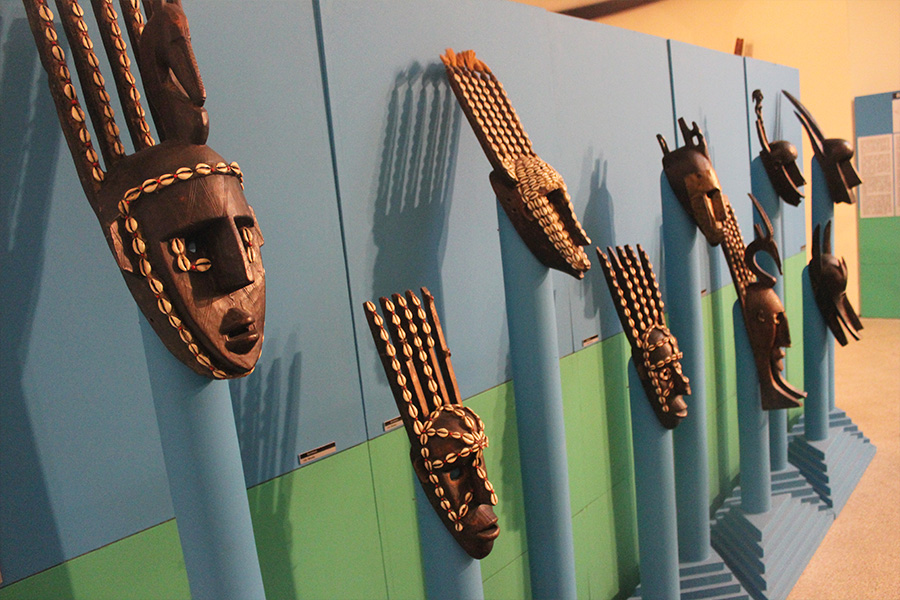 The Cultural Heritage of Topcider is a joint project implemented by the seven houses of Topcider: the Museum of African Art, the House of King Peter the First, the Legacy House – Petar Lubarda’s Legacy, the Yugoslav Archive, the Public Aquarium and Tropicarium of Belgrade, the Vespa Museum of Serbia, and the Embassy of the Arab Republic of Egypt. The idea of inter-institutional cooperation had also been present before only to be realized by the art women historians Ana Knezevic, a female curator at the Museum of African Art, and Ivana Zatežic, a female associate of the Legacy House, in 2017. They thought out a tour of two hours of a slow walk and conversation in the triangle consisting of the Museum of African Art, the House of King Peter the First, and Petar Lubarda’s Legacy. The first tour took place within the European Heritage Day, when they were walking with more than 150 participants. Due to a great interest shown by domestic and foreign “walkers”, after the end of the event, the program became part of the regular offer of those three institutions. Over time, other institutions from the neighborhood also joined them, so that had an influence on the diversity of their monthly programs, too. The walk takes places every last Saturday in a month and includes visits to three out of the seven mentioned locations. For a detailed program for the forthcoming period – inclusive of the dates and the itineraries – please refer to the website of the Museum of African Art. 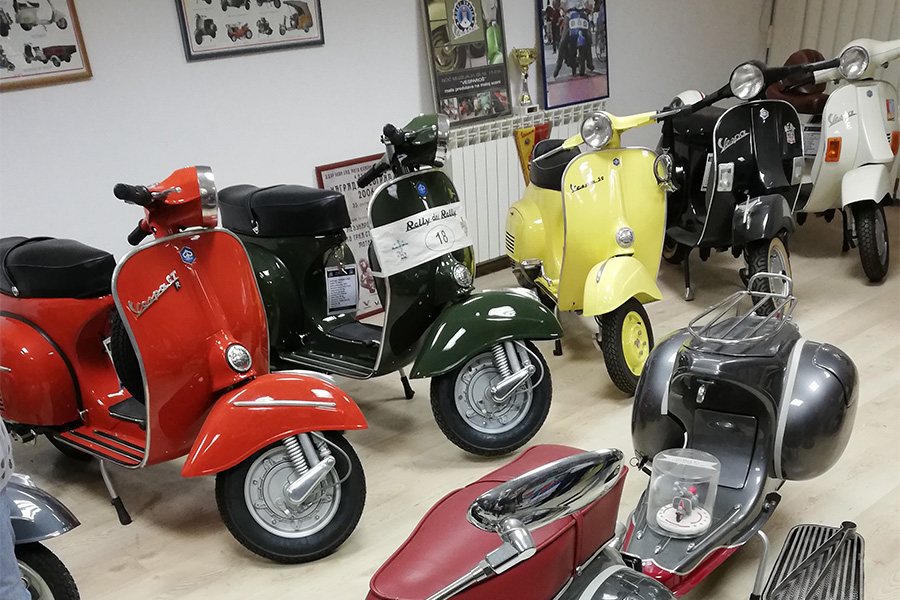 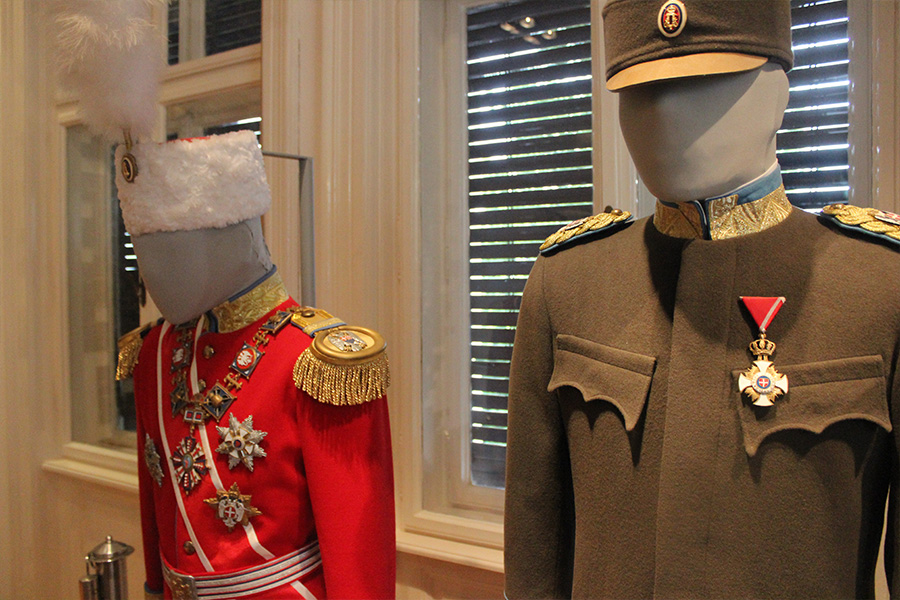 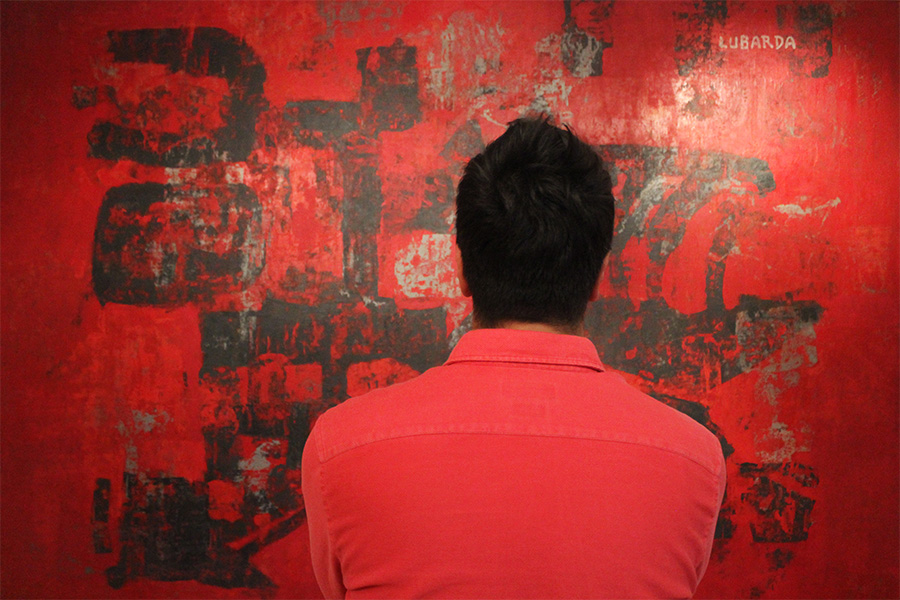 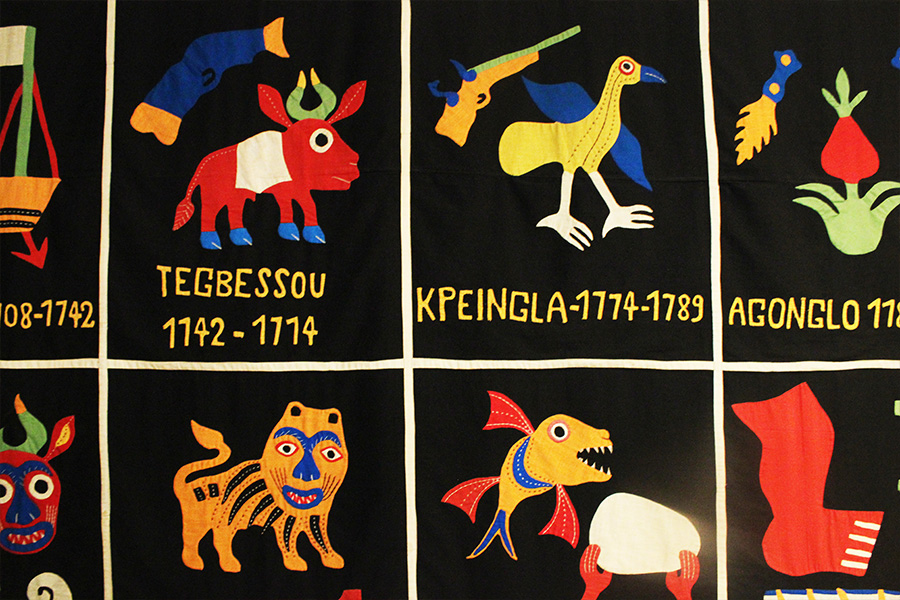 On the second to the last Saturday in April, BelGuest was a guest of the Cultural Heritage of Topcider tour. It was an escape to the tranquility of the Topcider quarters from the pre-holiday hysteria, and the time of two and a half hours in the mild April sun and a handful of flowing history. We were discovering the Museum of African Art, the House of King Peter the First, for the first time within the framework of the regular program, the Vespa Museum of Serbia. We learnt, among other things, how to play mankala, the oldest African social game; that wearing the crown of a cast cannon was to King Peter proportional to ruling the Serbian nation; that after all, in the movie “Love and Fashion”, Beba Loncar did not ride a Vespa. We discovered the phenomenal things that had always been before our eyes. Yet, that was but a small segment of the cultural heritage of Topcider. In brief, we had a feeling as if we were tourists in our own city. For this reason, this tour is neither only meant for tourist nor only for our fellow townsmen. So far, more than a thousand people have participated in that walk. Ana Knezevic explains who they have been discovering Topcider with so far:

– The audience visiting the Cultural Heritage of Topcider is diverse. Friends, married couples, families, elderly people, the youth – they all take part in the walk; as one of the interesting things, however, there is a young couple who chose this walk for their date. As often as not tourists in our city also choose the Cultural Heritage of Topcider: a group of travelers from the Republic of South Africa wanted to tour exactly those quarters of Belgrade; Chinese students learning the Serbian language decided to have their minipractice class exactly in that walk; a delegation of the Embassy of the Arab Republic of Egypt made themselves familiar in more detail with their neighborhood exactly via the Cultural Heritage of Topcider; the wives of foreign military representatives in our country also decided to go for a walk through those quarters of Belgrade; male and pedagogues to be adapted their students’ exercise to this walk.

No matter why – either in order to take advantage of the nice weather, or make a gray day more beautiful, or ask your girlfriend out for a date or organize your company’s teambuilding outdoor, whether you live in Belgrade or you are a tourist in transit, or a lover of the Vespa or Lubarda’s works… just head for Topcider on the very next last Saturday in the month. There is also a possibility of organizing a “customized walk” in Serbian or in English for smaller groups on any other day. An inquiry should be sent at least three business days earlier to the email address: kulturnabastinatopcidera@gmail.com.

Just to make sure we’re not the only ones to be praising them! Today at least it’s easy to gain an impression from the horse’s mouth. Just search for a particular hashtag on Instagram, and there it is – live broadcast, a story, a photo, a gallery,… from any place and of any event throughout the world. The Cultural Heritage of Topcider also has its hashtag: #kulturnabastinatopcidera or #culturalheritageoftopcider, like some modern book of impressions available to every one to have a look at it and register.